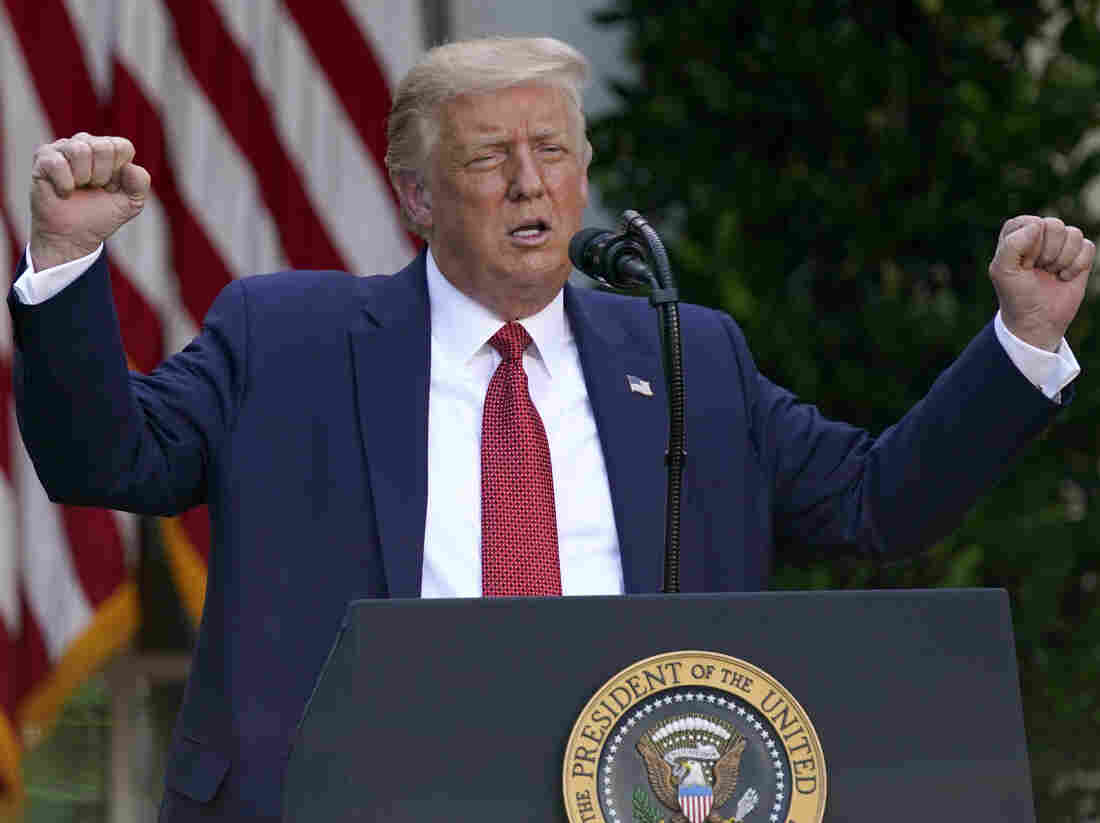 President Trump speaks during a news conference in the Rose Garden of the White House, on Tuesday. Evan Vucci/AP hide caption 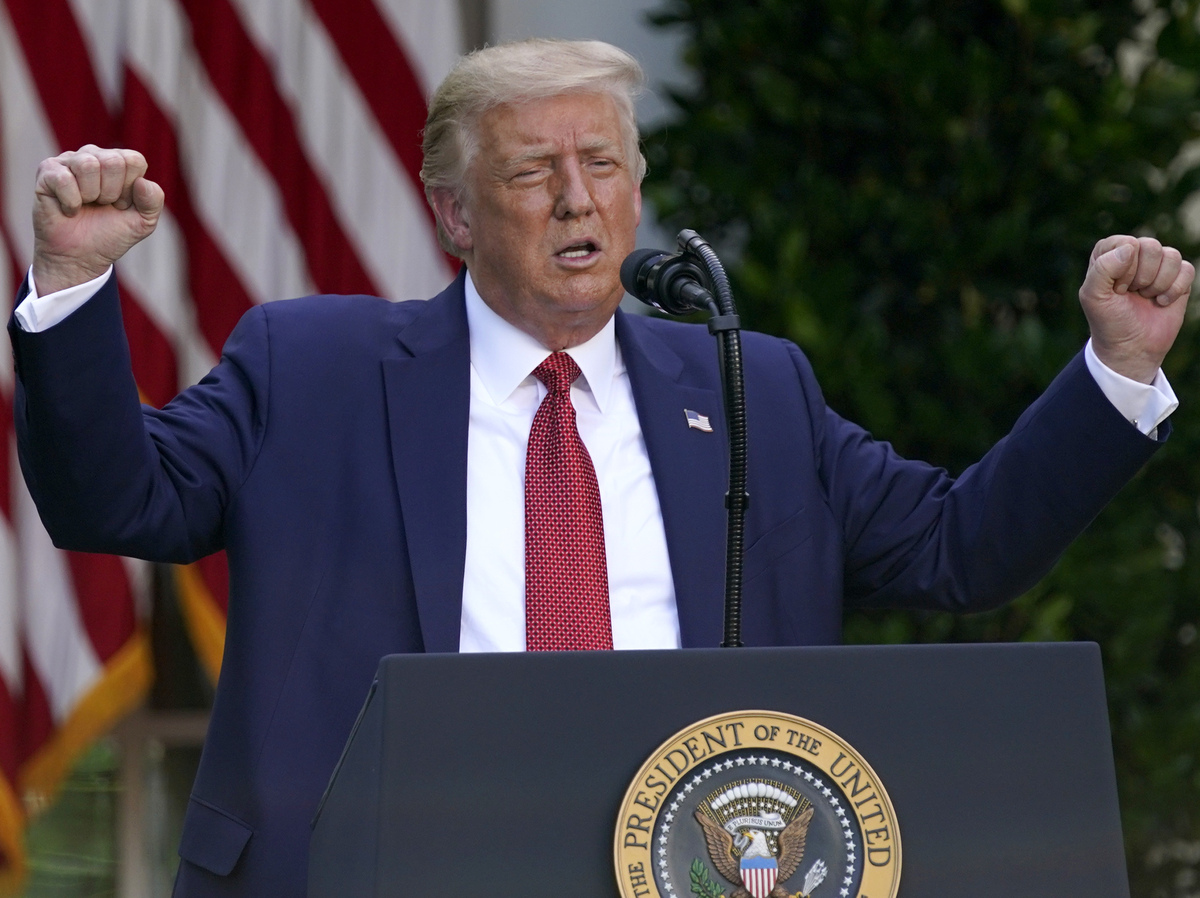 President Trump speaks during a news conference in the Rose Garden of the White House, on Tuesday.

China on Wednesday promised to retaliate against "U.S. institutions and individuals" after President Trump signed legislation and an executive order sanctioning Beijing for imposing a sweeping new national security law on Hong Kong.

"Today I signed legislation, and an executive order to hold China accountable for its aggressive actions against the people of Hong Kong," Trump told reporters at the White House Rose Garden.

"Hong Kong will now be treated the same as mainland China," he said. "No special privileges, no special economic treatment and no export of sensitive technologies."

Although the foreign ministry did not elaborate, Maryland Democrat Sen. Chris Van Hollen and Pennsylvania Republican Sen. Patrick Toomey, who introduced the Hong Kong Autonomy Act, were likely to be among the sanctioned individuals, Chen Long, a partner at the independent research agency Plenum, told the Hong Kong-based South China Morning Post.

Hong Kong, a former British colony, reverted to Chinese control in 1997 under an agreement with London that was to have guaranteed a "high degree of autonomy" for the territory, including substantial political freedoms, for a period of 50 years.

However, Beijing has slowly eroded those freedoms and reneged on promises for more representative government in Hong Kong. Mass protests in 2014 and again in recent months in Hong Kong have opposed what activists see as Beijing's heavy handling of the territory. Late last month Beijing imposed the national security law, which criminalizes — in the words of the law — secession, subversion of state power, terrorism and collusion with foreign entities, with penalties of up to life in prison.

It also ends cooperation between U.S. and Chinese agencies, such as the U.S. Geological Survey.

The Trump administration's latest moves against Beijing follow a souring of relations that has come amid the spread of the COVID-19 pandemic, which originated in central China and has since spread globally, infecting and killing more people in the U.S. than in any other country.

Washington blames China for covering up the extent of the outbreak in its earliest days and Trump has even suggested that the virus may have escaped from a Chinese lab, a scenario widely dismissed by scientists.

On Monday, the Trump administration rejected Beijing's maritime claims in the South China Sea, a long-running conflict between China and several Southeast Asian countries over control of key islands in the region.

"We are making clear: Beijing's claims to offshore resources across most of the South China Sea are completely unlawful, as is its campaign of bullying to control them," Secretary of State Mike Pompeo said in a statement.

Just prior to the pandemic, Trump had praised China's President Xi Jinping after the two leaders negotiated a Phase 1 trade deal. However, at Tuesday's White House news conference, Trump said he had no interest in talking with Xi.