Accessibility links
Uncertainty Of Pandemic Puts A Chill On Oil Industry Mergers When the price of oil crashes, oil companies often merge and big oil gets even bigger. So this crisis could be an opportunity for companies, but it comes with a tremendous amount of uncertainty. 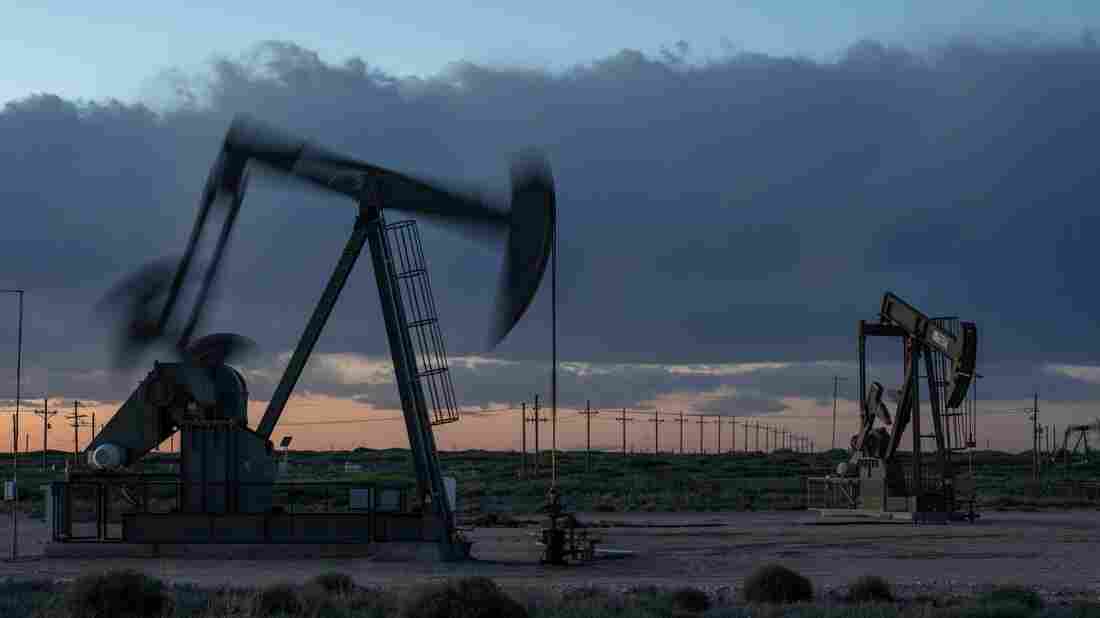 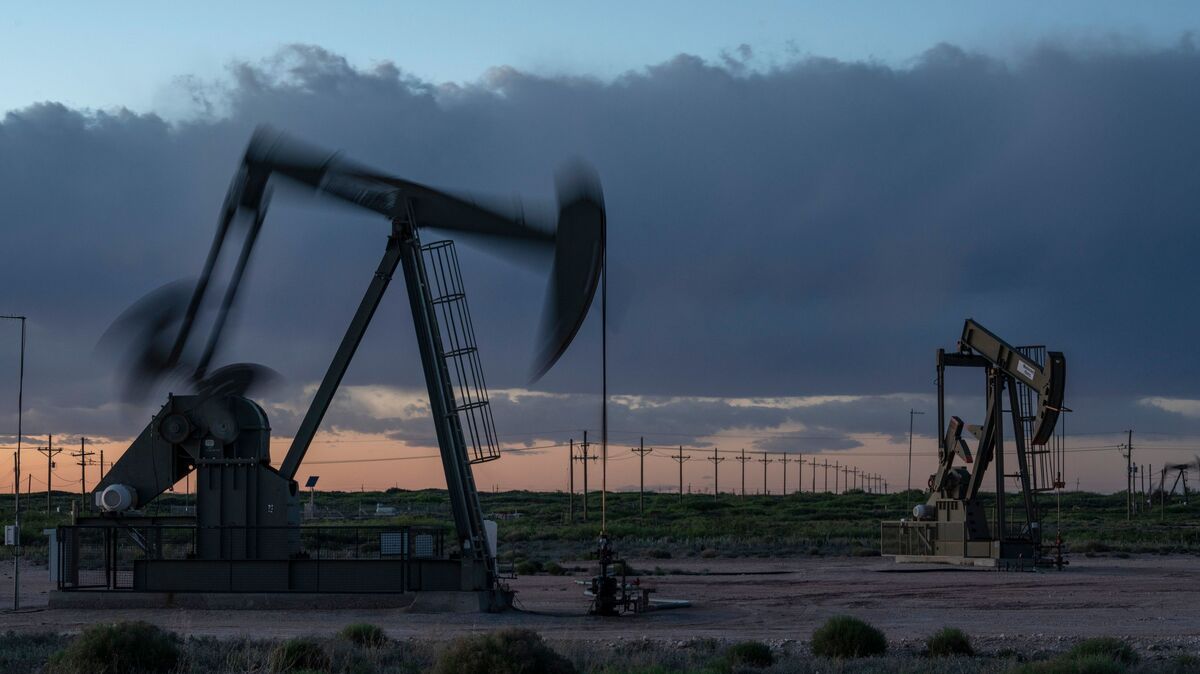 Pump jacks operate at dusk near Loco Hills in Eddy County, New Mexico, on April 23. U.S. oil producers are grappling with prolonged low oil prices and the uncertainty created by the coronavirus pandemic.

Oil prices are low, and likely to stay that way for a while. And while low prices can be brutal for oil producers, they're also an opportunity: When the going gets tough, Big Oil often gets even bigger.

But will the pandemic-induced price collapse lead to dramatic deal-making and companies scaling up? Some analysts aren't holding their breath.

"I do believe that the golden age of the mega deals in oil and gas may be gone," says Muqsit Ashraf, who leads the energy practice for the consulting firm Accenture.

"The new normal is going to be very different," Ashraf predicts.

A roller coaster, then the doldrums

Oil prices took an extraordinary dive this spring, at one point dropping below zero for the first time in history. That meant traders were actually paying people to take oil off their hands.

Now things have stabilized, with crude prices hovering around $40 a barrel — down from about $60 at the start of the year.

"Obviously compared to a negative number, anything would be better than that," says Jennifer Rowland, an analyst with Edward Jones. "Certainly we've come a long way."

But $40 is still too low for many U.S. producers to make a profit. And prices could stay here for a while, as a huge oil glut persists and demand remains low.

"Air travel is definitely not recovered," says Bernadette Johnson, the vice president of market intelligence at Enverus. "Even people moving in vehicles ... how many folks are driving to work again? There's some, but not the majority."

The low price of crude oil has already caused bankruptcies in the U.S. oil and gas industry, which employs about 350,000 people — down from about 500,000 five years ago.

And it should be creating an opportunity for consolidation, too. When prices are low, merging helps companies survive by allowing them to cut costs by scaling up. Mergers also become cheaper, as strong companies can suddenly buy up rivals at fire-sale prices.

Why Do Milk Prices Spike And Crash? Because It's Like Oil

Think back to 1998. If you were driving then, you might remember that gasoline suddenly got much cheaper. That was because the price of oil had collapsed — a price crash that led to a wave of mega-deals that created oil giants. BP merged with Amoco; Chevron with Texaco; Exxon and Mobil became ExxonMobil.

Some analysts say another wave of mergers is coming.

"Every time the pendulum swings this this direction and you have a dramatic market shock ... it has set the stage for consolidation," says Gianna Bern, a professor of finance at the University of Notre Dame.

Consolidation of U.S. shale producers, in particular, "seems inevitable," says Daniel Yergin, vice chairman of IHS Markit and author of the forthcoming The New Map: Energy, Climate, and the Clash of Nations. "The wild ride and lower prices in the oil market since the coronavirus pandemic began in March has made this even more urgent," he says.

... but a sea of uncertainty

Andrew Dittmar, an analyst at Enverus, says mergers and acquisitions activity in the most recent quarter was remarkably low.

"There's not a lot of potential buyers out there," he says. "Management's being extremely cautious" about making acquisitions, thanks to high debt and skeptical investors.

Rowland, with Edward Jones, expects that pandemic mergers will continue to be the exception, not the rule.

"I don't expect just a kind of rampant consolidation, although it probably would be healthy for the industry," she says. Instead, she expects more bankruptcies.

There's a much larger uncertainty about the oil industry's future: Successfully fighting climate change would mean a shift away from fossil fuels. Carmakers are going electric and renewable energy is on the rise.

Now, the pandemic is raising huge questions on an even shorter time frame. How long will the pandemic last? And how might it permanently transform our energy consumption?

None of this changes the fundamental logic of combining operations. David Dell'Osso is the chief operating officer of Parsley Energy, an Austin-based shale producer that recently finished acquiring rival Jagged Peak before the coronavirus crisis struck.

Dell'Osso says scaling up has helped the company make money — even at $40 oil. The timing worked out too, he says: "I could not be happier about the fact that we're not having to try to absorb a company in the middle of a global health pandemic."

Dell'Osso says there are opportunities in this crash, and an oil bust like this typically separates viable companies from ones that can't cut it. But he's also quick to note that the crisis caused by the pandemic is hardly a typical price crash.

"This is something that literally affects everybody in every country on the globe," he says. "There's a lot that we don't know yet but ... I think this time it really is different."

The oil industry has seen many downturns before, and companies that survive a bust often go on to thrive in the next boom. But a pandemic?