Accessibility links
'A Guide To The Birdsong: Volume II' Uses Electronic Music To Save The Birds Ten artists from Mexico, Central America and the Caribbean recorded tracks using birdsong from their country, with all profits of the vinyl and digital release going to bird conservation projects. 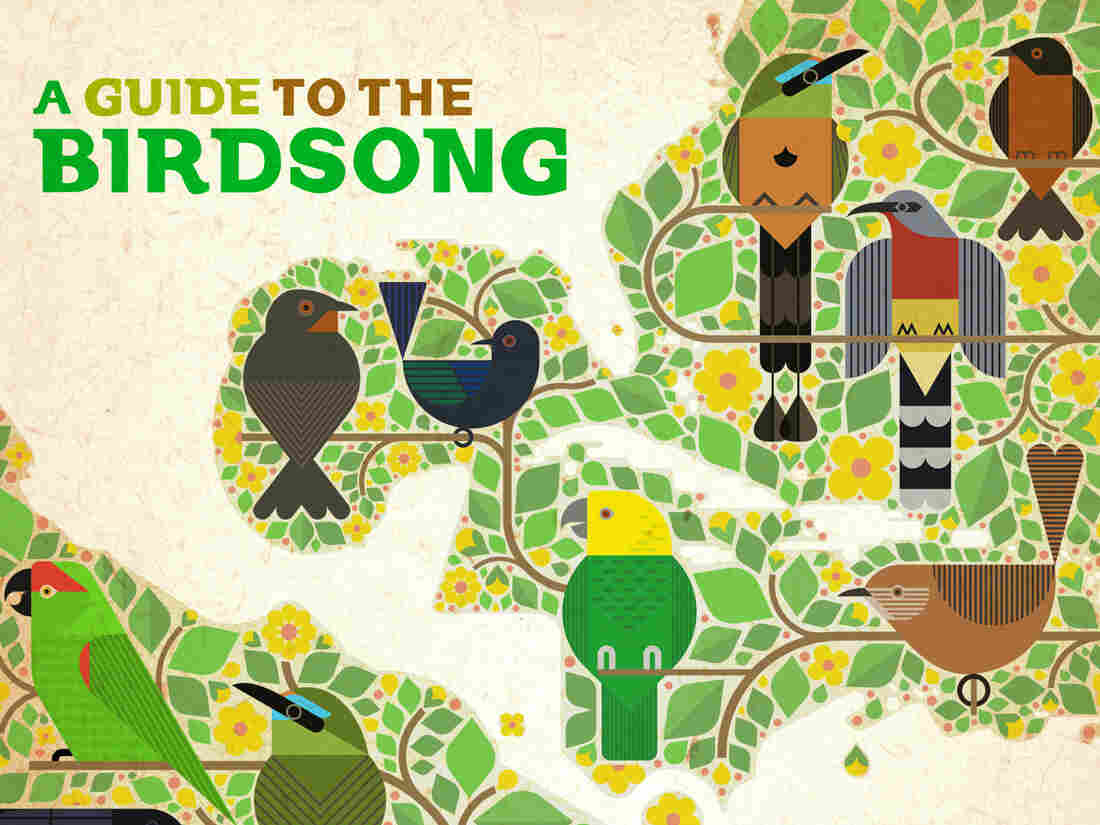 Ten artists from Mexico, Central America and the Caribbean recorded tracks using birdsong from their country, with all profits of the vinyl and digital release going to bird conservation projects. Courtesy of the artist hide caption 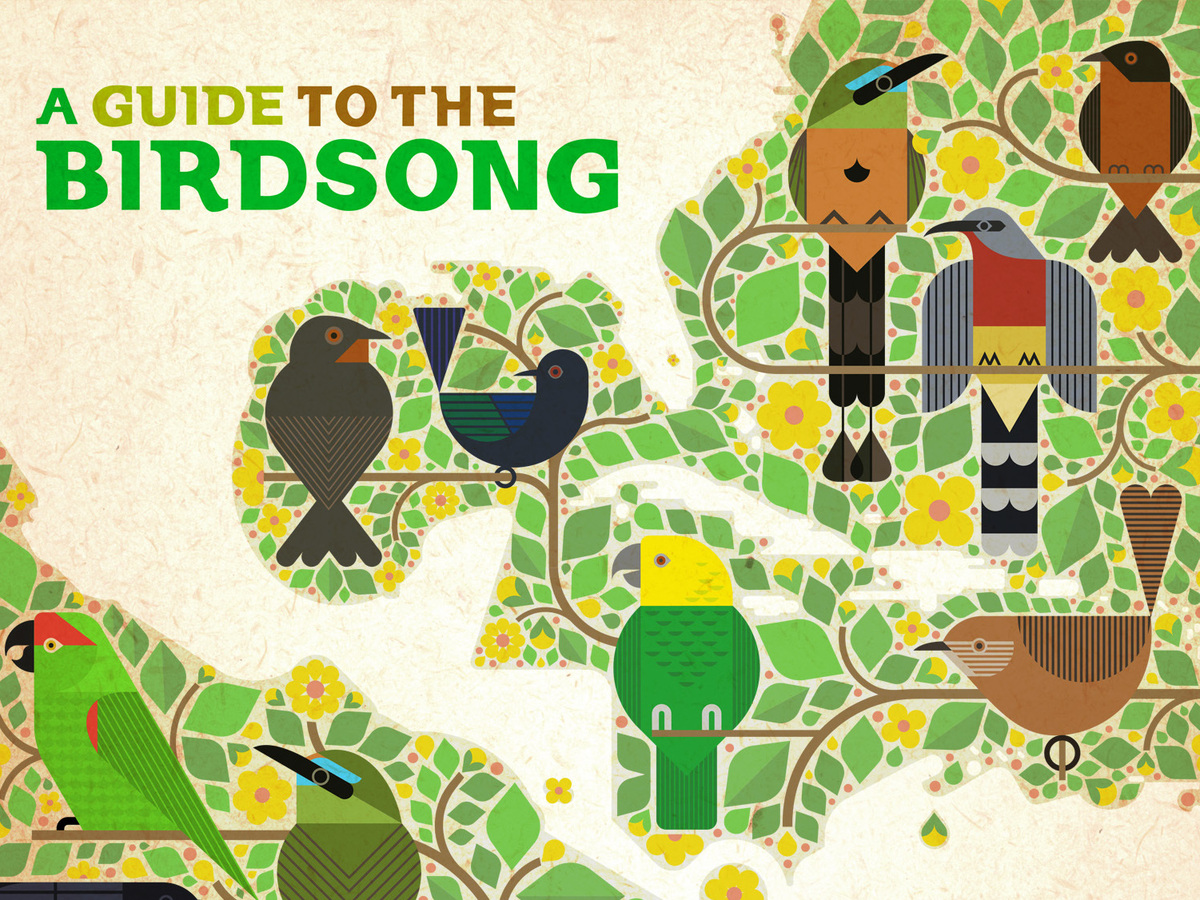 Ten artists from Mexico, Central America and the Caribbean recorded tracks using birdsong from their country, with all profits of the vinyl and digital release going to bird conservation projects.

An international collective of electronic music DJs and composers is taking beats from the dance club to jungles and forests and back, all to help save nature's greatest singers. A Guide to the Birdsong of Mexico, Central America and the Caribbean is a new album that samples the sounds of endangered birds and whose proceeds go directly towards efforts to save them.

Robin Perkins is a 33-year-old DJ, composer and producer originally from Glassup, England. He goes by the name El Búho or "the Owl." Perkins produced the first volume of this project in 2015, A Guide to the Birdsong of South America.

"The whole project," Perkins says, "was born out of this idea of taking the songs of endangered birds and challenging musicians to make a piece of music from them, and so trying to marry these worlds of activism of conservation, birdsong and electronic music."

Perkins invited artists from each of the endangered or threatened birds' homelands to build their own songs around the birds' songs. Electronic music, he says, allows artists to do that in a special way.

"The beautiful thing about electronic music is that it opens up this whole toolbox of things that you couldn't otherwise do, right?" he says. "So you can take a sample of a bird song and do 5 million things to it. You can turn it into an instrument itself. You can reverse it, you can add effects, you can sample it."

Perkins has just finished the second project, A Guide to the Birdsong of Mexico, Central America and the Caribbean. One of the musicians who responded to his call is Nicaraguan sonic artist Tamara Montenegro. She chose the turquoise-browed motmot, or Guardabarranco.

"To me it was a very clear choice," Montenegro says. "As a child, I would see this bird freely flying around and meeting his partner — they travel in pairs most of the time — in my backyard for sunsets. It was a beautiful, mystical moment every day."

The Guardabarranco is threatened by loss of habitat primarily due to deforestation. It's also Nicaragua's national bird.

"This bird represents a lot of symbology in my area of the world because it represents freedom," she says. "And these Central American countries have been striving for political, social, economic freedom for a long time."

The idea of freedom was also part of the impetus for Al Ovando's choice. Ovando is a member of the renowned group The Garifuna Collective that also includes musicians from Guatemala, Honduras and Nicaragua. For the collective's contribution to the album, Ovando chose the endangered Black Catbird. Like the Guardabarranco, the Black Catbirds's freedom is threatened by loss of habitat. Ovando feels his people have a special kinship with the bird and its struggle for survival.

"You just imagine us coming all the way from the coast of West Africa into the Caribbean, ending up in Belize and still continuing the struggle and trying to be part of what the world is today," he says.

Ovando also happens to be a devoted birder. He even convinced the band to add a technical rider to its contracts when the group performs at festivals.

"If there is anybody at the festival who would like to go birding," he says, he wanted it to be known that they "would love to go birding with them, or if they would know some places, some hotspots we could check out some birds."

As with the first album, all of the profits from the new release will support specific organizations, including Birds Caribbean. Its executive director, Lisa Sorensen, explains how A Guide to the Birdsong of Mexico, Central America and the Caribbean will not only help her efforts but may also yield extended benefits.

"There might be a beautiful place to go see birds but there's no trail, there's no interpretive signage there to tell you about what you're seeing," Sorensen says. "So we're envisioning that funding from this project will help us advance both those efforts: building the supply and building the demand for sustainable bird and nature tourism."

"Hopefully people will come away from the album feeling inspired and feeling the need to listen again to the bird song around them," Perkins says, and "to do something to protect the natural spaces that we need to survive."

A Guide to the Birdsong of Central America, Mexico & the Caribbean is out now via Shika Shika. All proceeds generated from album sales go towards Fundación Txori, Aves de Costa Rica and Birds Caribbean.