Accessibility links
Dubstep Producer Mala On James Blake And The Allure Of Electronic Minimalism In the finale of the first season of Play It Forward, Ari Shapiro speaks to dubstep pioneer Mala about minimalism, freedom and an artist he was inspired by, the late Augustus Pablo. 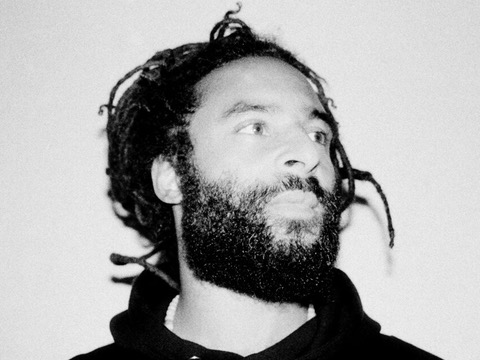 Responding to the noise he experienced daily in London, Mala pared down U.K. dance music to a skeletal form. He's the final rung in this chain, but hypothetically, he'd "play it forward" to the late dub pioneer Augustus Pablo. Fabrice Bourgelle/Courtesy of the artist hide caption

In the inaugural season of Play It Forward, we've followed a musical chain of gratitude across genre, regions and time. First up was Dan Snaith, the Canadian indie-electronic auteur who records as Caribou. He was thankful for Glenn Copeland, an outsider musician in his 70s whose music went largely unnoticed until it was rediscovered by a Japanese collector in 2015. Copeland spotlighted a young band from Canada named Bernice, and its lead singer Robin Dann passed the chain to Georgia Anne Muldrow. Muldrow passed it to saxophonist Lakecia Benjamin, and Benjamin to James Blake.

In the last episode of Play It Forward, James Blake dug into his musical past to pick an artist he's grateful for and our final artist in this chain. Before he went global, Blake was a figure in U.K. dance music and his biggest inspiration was Mala, a pioneering dubstep producer in the scene's vanguard. As one half of the duo Digital Mystikz, in the mid-2000s Mala helped turn a South London church basement into the epicenter of dubstep with a bimonthly night at DMZ.

Blake found inspiration in the community and atmosphere of DMZ — he even played a night in 2011 — but he developed a deeper appreciation for Mala's music. Restrained and minimal, pulling from U.K. garage and jungle influences, Mala's tracks were antithetical to dance music at the time. Yet they rang out at DMZ and, eventually, around the world as dubstep went international.

In this episode, Mala talks about meeting James Blake for the first time and wielding minimalism as a way to inspire imagination and free thinking. Since he's the final artist in the chain, we let him choose whomever he wanted, dead or alive or totally unattainable for an interview; Mala chose the late Jamaican dub producer Augustus Pablo. Listen in the audio player above and read on for highlights of the conversation.

On meeting James Blake for the first time

I remember first meeting James many years ago, and I remember him handing a CD to me. We used to run an event called DMZ, and I remember outside of the venue, there was an old Jamaican guy who used to sell jerk chicken and mac and cheese at, like, 6 in the morning. His name was Speedy, and I remember we were getting some food at 6 a.m. when the dance had finished. And I just remember this really tall young guy coming over to me and going, "Oh Mala, I love your music, I just made some songs. I wonder if you'd be interested in listening to my CD." I remember going home and listening to that CD a couple days later, and I just remember being really inspired by what he was doing at such an early stage. I think at the time he gave me music, it was still kind of unfinished. To see how he's somehow managed to become so popular and his music has reached such a wider mainstream audience, his music is still very, very original and organic to who he his. And for me, that's what my musical journey has always been about: How can we go the distance without compromising?

On being drawn to minimalism

I think partly how I am as a human, maybe I felt the push of man in city, London, that kind of drive and energy, and maybe being a little bit exhausted by what appeared to be an acceleration. So I've found it much more interesting to take the foot off the gas. Just like you can read between the lines, there's something in between the notes that happens as well, and when music is overly colorful and blatantly obvious, for me that's not so interesting. The music can be extremely well made and it connects with you in just the same way, but I've found I was much more curious about what was happening in between the sound, you know? The space that you give to a listener.

It almost allows the listener to conjure up their own melodies and their own thoughts, using their own imagination. And I think for me, and ever more so in the world that we're living in, freedom of thought should be exercised at all costs. So for me, making music that kind of bombarded a message or was pushing some type of agenda or something like this didn't seem to make sense. It was more about allowing people to discover the music and interpret it in their own way. And I think allowing space and having something that's minimal, I think, it's a lot easier to do that.

Augustus Pablo [is] most known for his playing of the melodica, such a simple instrument. His music, when I was listening to it as a teenager, really inspired me to be free with the music I was making, because that's what I always heard in his music. Just kind of this real simplicity and a real freedom of his playing. Obviously, the music being from Jamaica, I always felt like there was sunshine in his music and that really inspired me, not in terms of how I wanted my music to sound sonically, but more of an approach and more of a mindset.

I think within his music there's real strong words and real strong messages without any words actually being spoken. And when I listen to his music, again it comes back to that simplicity and freedom. And I think not just in music but also in life, these are two things that, if we can sometimes scale down a little bit, and look at things with a more simplistic view, I think sometimes things would feel much more free.

A message for Pablo

I'm not sure I would have anything to say to him aside from "thank you" for all the music he's made and for the journey that he was on because it's really inspired not only myself, but I'm sure many generations before me, and he will continue to inspire many generations after me. Some things are beyond words, and what I would have to say to Augustus Pablo is far beyond words.