Accessibility links
Opinion: An Ode To Manny's Cafeteria And Delicatessen In Chicago NPR's Scott Simon tells the story of Manny's, a Jewish-style deli in Chicago that's been struggling during the pandemic. 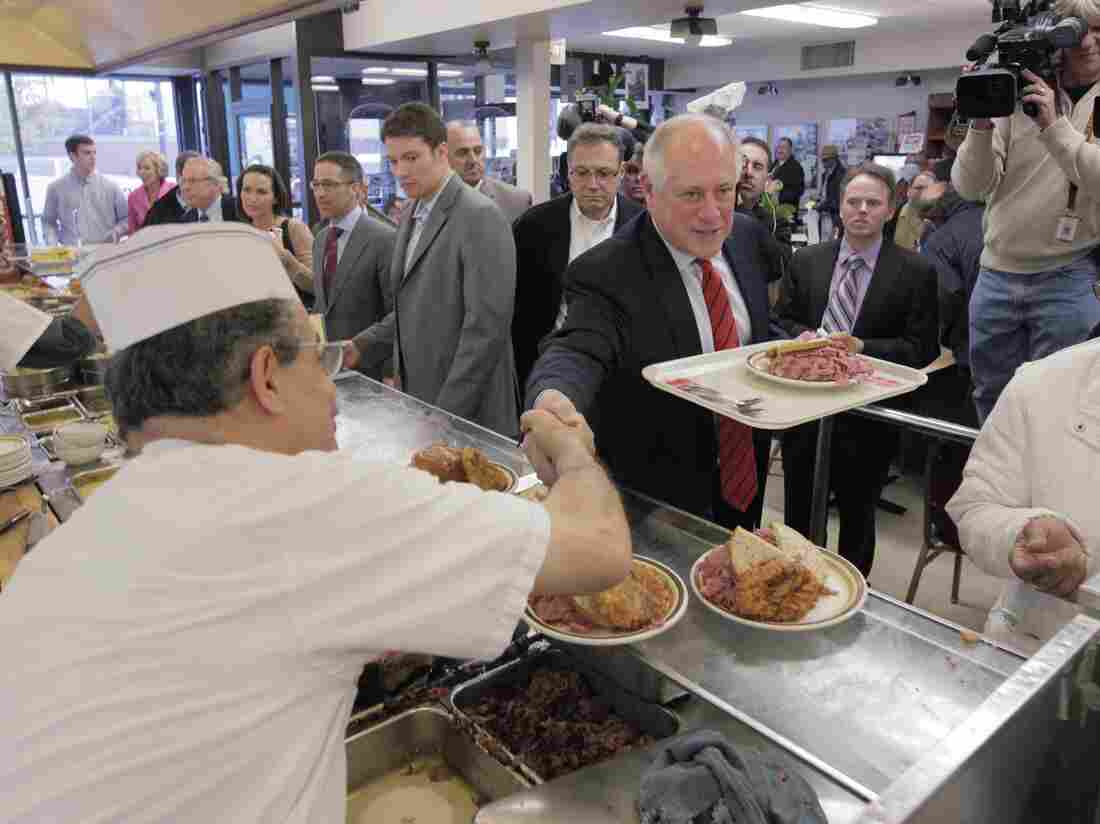 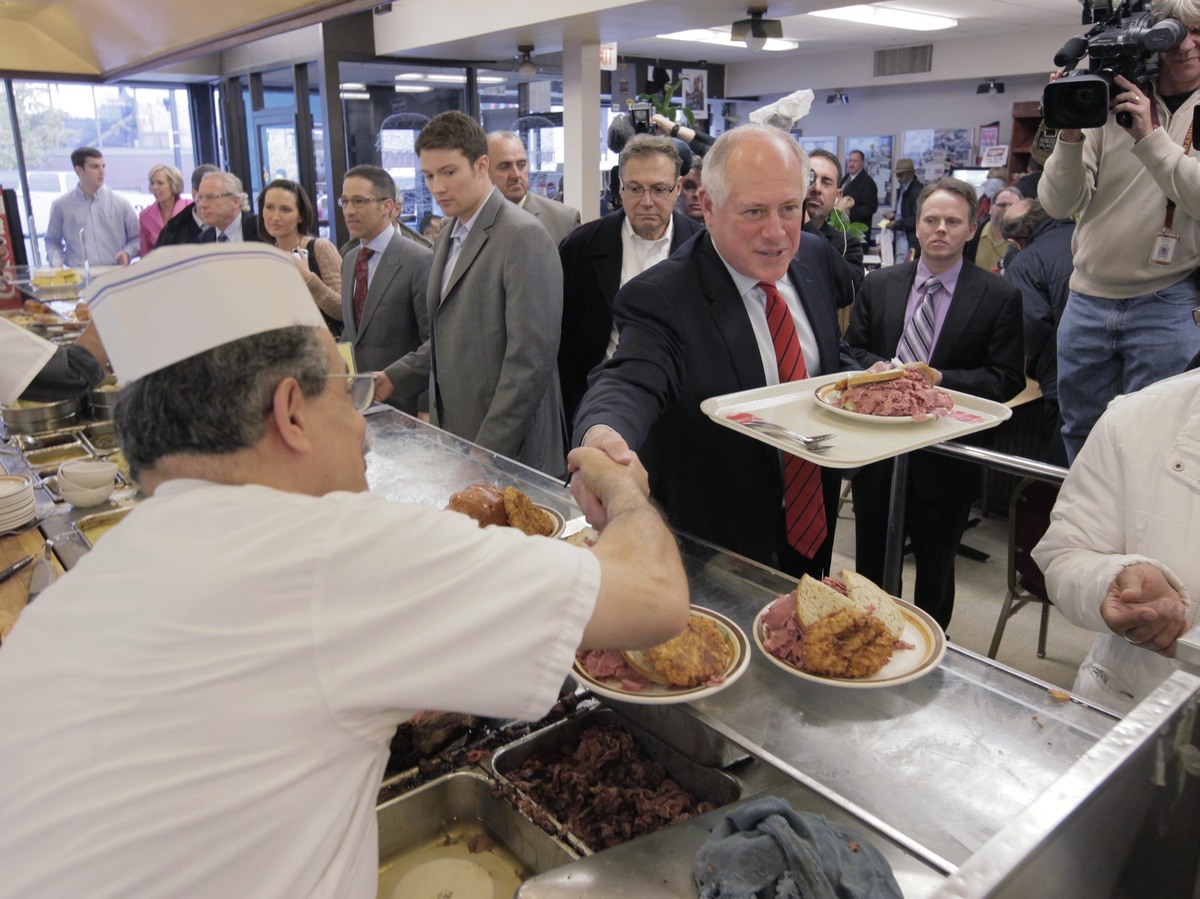 In this file photo taken Nov. 4, 2010 in Chicago, Illinois Gov. Pat Quinn thanks voters at Manny's Deli, two days after the general election in which he defeated Republican challenger Bill Brady.

I've had lunch with politicians, clergy, reporters and people who've just been indicted at Manny's Cafeteria and Delicatessen in Chicago, and there's a code of silence over the clatter: it doesn't count. The schmear of cream cheese thick enough to be a ski jump? No calories! Potato pancakes hefty as manhole covers?

No doubt there are artisanal knish-makers today, but no place quite like Manny's, which opened in 1942. Lots of famous names routinely imperil their arteries there. But the real show is the happy babble of voices in English, Yiddish, Spanish, Hindi and bunches of bankers in pinstripes noshing alongside crews in scuffed boots who just got off their shift on a sanitation truck.

The coronavirus shutdown began in March. One of the benefits of a family business is they can run it more like family than a business — for a while. Dan Raskin, the fourth generation of his family to run Manny's, says they kept all 43 staff members working, making meals for health care workers, and made sure staff brought food home to their families. "They're our families, too," Dan Raskin told us.

But the weeks of the shutdown became months. Even as businesses reopened, multitudes still work from home.

"That can't pay our rent, insurance, our payroll," says Dan Raskin. "We can't go on like that."

When a family business is forced to close, people lose their livelihoods, families lose support, and a city loses revenue and vitality. A landmark like Manny's is also a link to history. You can point to where Barack Obama talked politics over pastrami, Oprah had apple sauce on her latkes, and where your grandfather went when he got tired of dieting.

On Tuesday, Dan Raskin posted a short tweet: "We are struggling. This isn't a joke. Support your fav deli for dinner tonight. Thx"

For the rest of this week, the socially-distanced line to get into Manny's has sometimes stretched around the block.

"I'm lost for words," Dan Raskin told us. "One or two busy days won't be enough to keep us going. But it's enough to make us want to keep going."