Accessibility links
Improved Accessibility In 'The Last Of Us Part II' The Last of Us, released in 2013, was praised for its rich story and environment. The legacy of its sequel, out now, may be how many gamers are able to play it thanks to enhanced accessibility. 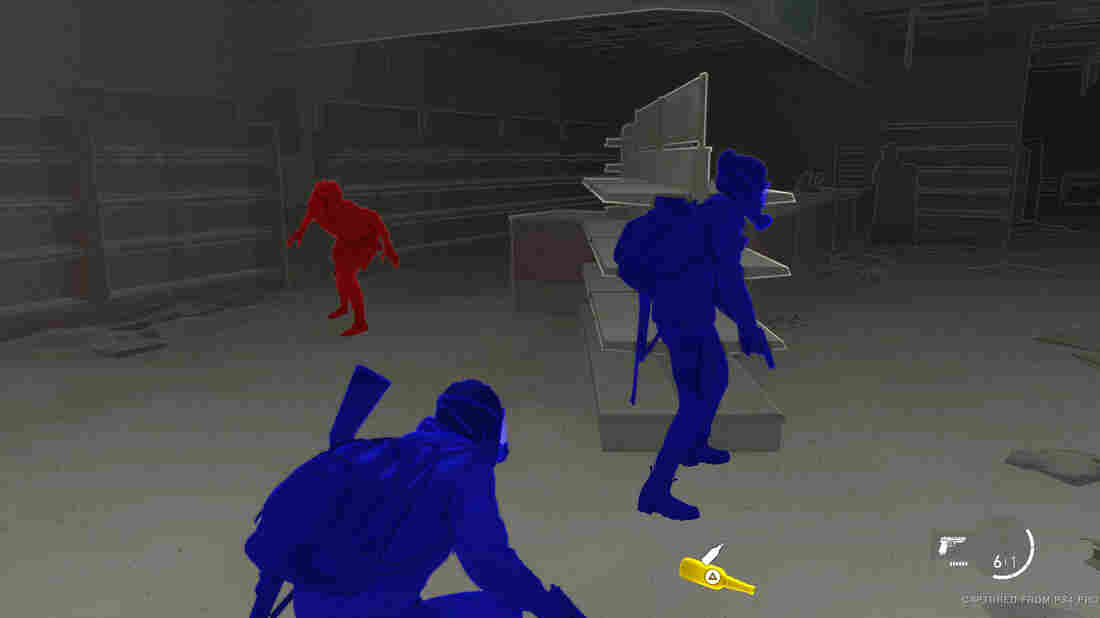 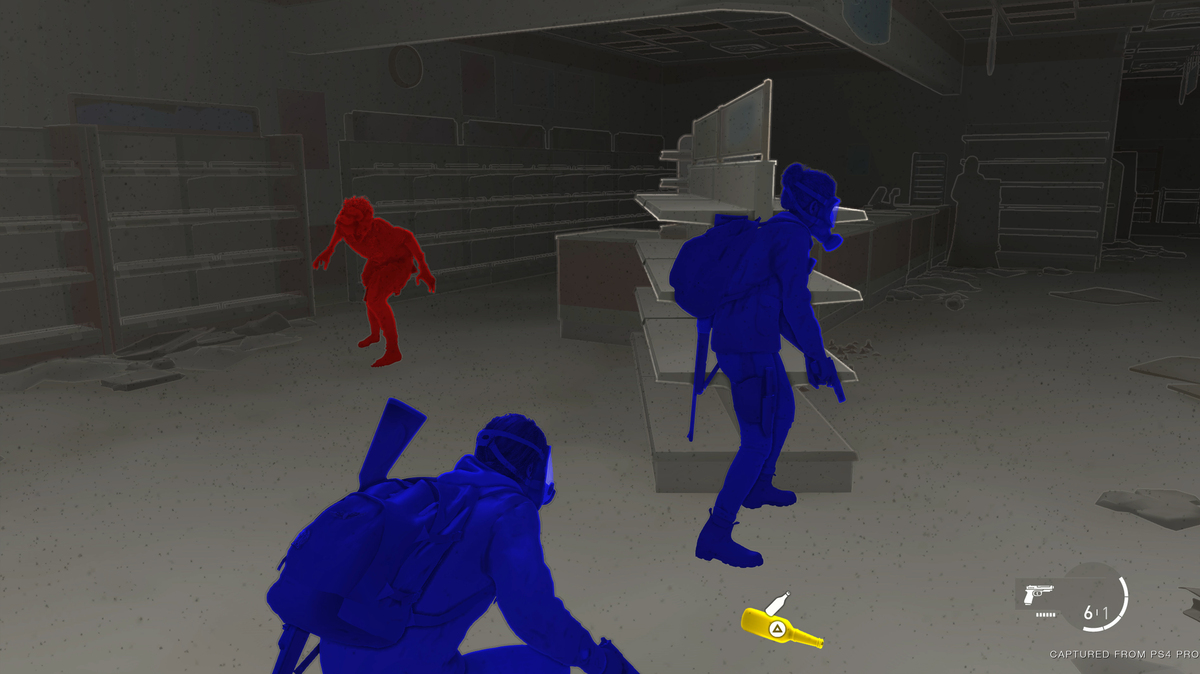 A high-contrast mode makes The Last of Us II more accessible to visually impaired gamers.

Last month, the highly anticipated video game The Last Of Us Part II was released for the Playstation 4.

Both installments tell the story of a post-apocalyptic, zombie infested future — the original game was lauded for its rich story and compelling characters. But the legacy of this new follow-up might be just how many people are actually able to play it.

People like long-time gamer Steve Saylor. "Well mostly when I play video games, it was like watching my brother play video games," he says. Saylor has a vision impairment, which makes it hard to see the things video games expect him to see. "Being able to see text on the screen or look in the distance and see whether I'm seeing an enemy or a tree is really difficult."

Like Saylor, many gamers with disabilities struggle to make it all the way through popular video game releases, because few are designed with them in mind. "All my life I thought I sucked at video games, but in reality, it was games that sucked for me," he says.

For years, accessibility advocates have been begging for developers to consider their needs when making video games.

And some are starting to listen, like Emilia Schatz, a lead game designer at Naughty Dog, the studio behind The Last of Us Part II. "We could make our game — which requires things like aiming, and running and climbing and jumping and things like that — how do we make it so that if you're a player who is blind, can you play our game?" she asks. 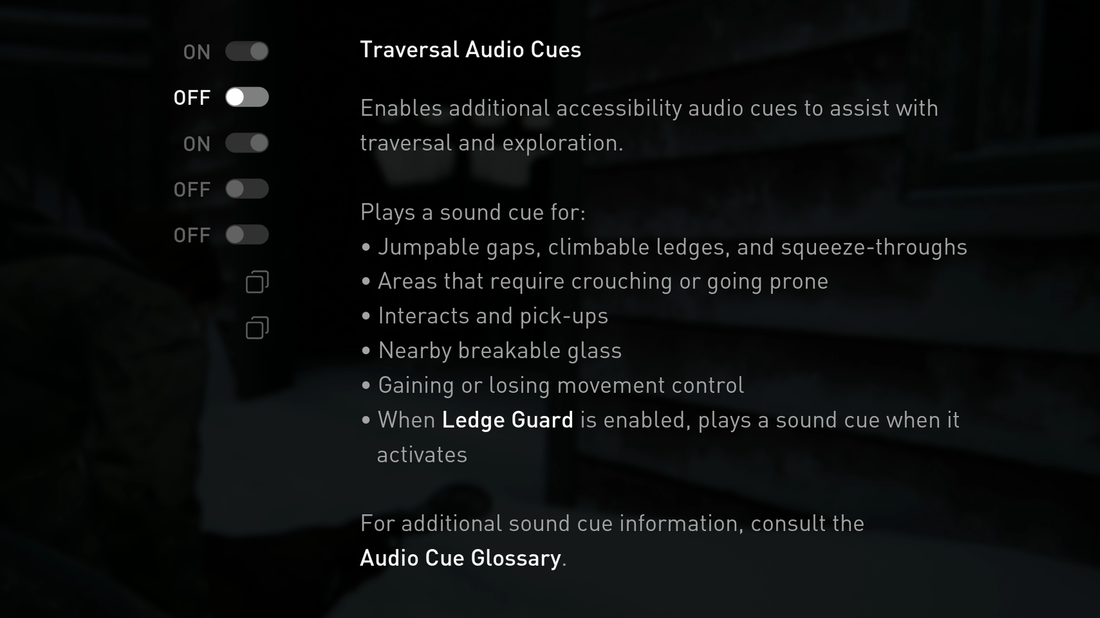 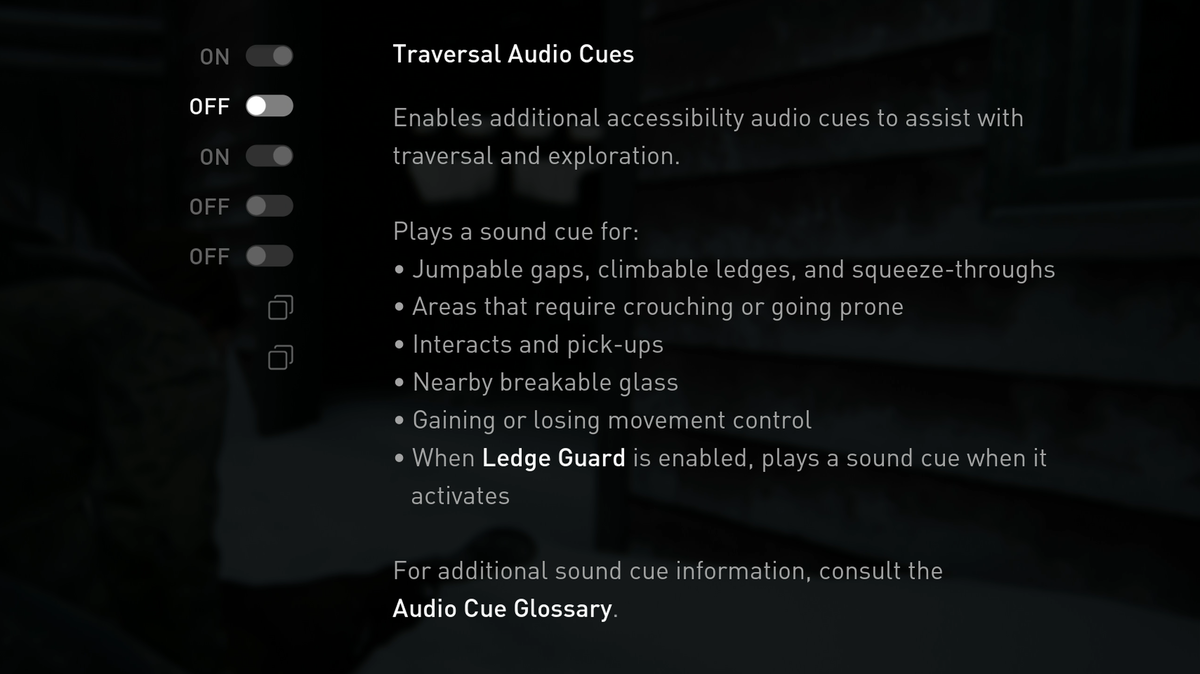 A menu of audio cues that can guide visually impaired players.

One major tool is the text-to-speech option, which helps a vision-impaired player like Saylor by reading all of the game's text out loud. Just as crucial is the enhanced listening mode, which functions like a sort of sonar that helps locate enemies on screen.

Schatz says one of the challenges in designing these features was the range of potential players to consider. "Vision accesibility is a huge spectrum too. Gamers who are low vision, gamers who need glasses to see the TV — there's a huge range there."

Because of that, Matthew Gallant, lead systems designer at Naughty Dog, says consultants and playtesters have told him the more options, the better. "Players said they didn't fully trust us to configure those options for them," he says with a laugh. "But they really valued being able to go into the menus and fine-grain control the features to their likings."

So there are many more choices — over 60 fully customizable options for vision impaired, motor impaired, and hearing impaired players. 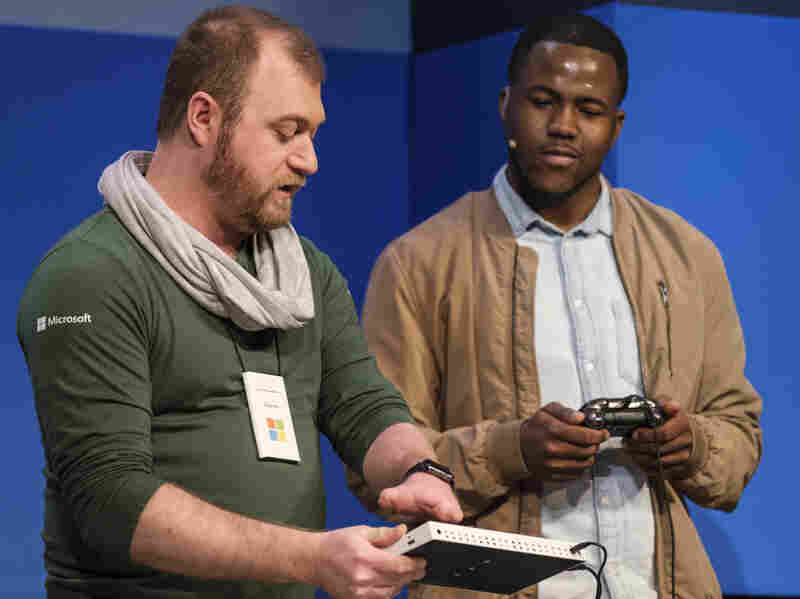 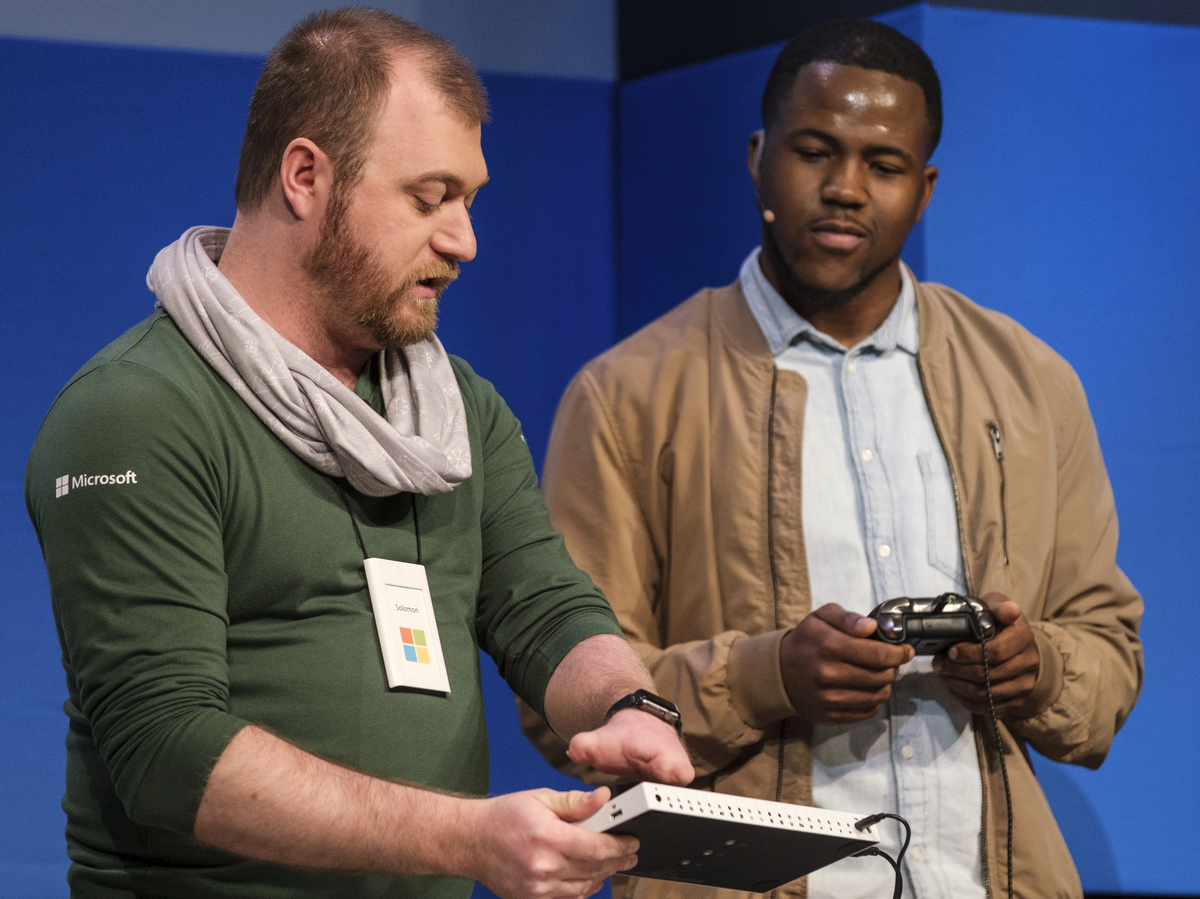 Microsoft's Solomon Romney, who has a partial hand, demonstrates the Xbox adaptive controller at a 2018 shareholders meeting.

Both the Naughty Dog developers and Saylor acknowledge that while The Last of Us II is a big step forward on the software side, the hardware matters too.

This game is a Sony exclusive, and it's not always Sony that has been leading the way with accessibility. "Microsoft has really pushed forward for accessibility for several years now, and I'm really excited to see what they do next," Saylor says.

The highly customizable Xbox Adaptive controller is one example of this, designed for gamers with motor disabilities who struggle with a standard controller.

But for Saylor, who was consulted for The Last of Us II, this still feels like a huge victory.

In a video that went viral just a few weeks ago, he breaks down in tears when booting up the game for the first time, seeing all available accessibility options. Behind that emotional moment were years of hopeful expectation — finally realized.