Accessibility links
Florida Sheriff Warns That Officers Unable To Provide Security For RNC Duval County Sheriff Mike Williams said that the shrinking time frame led his office to the conclusion that securing the August event was an impossibility. 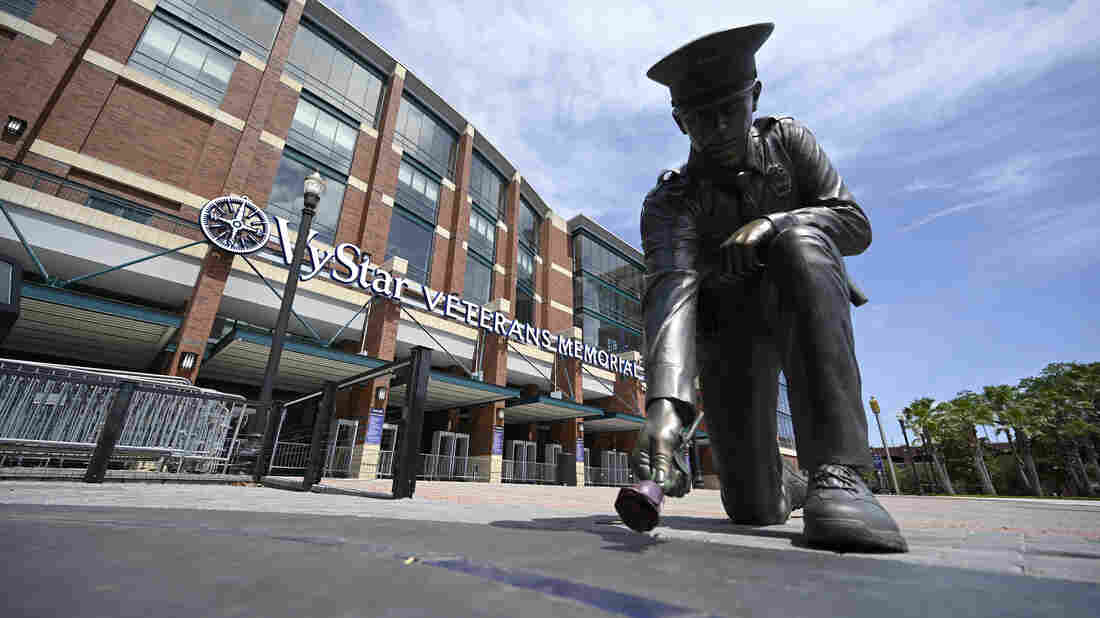 A statue of a police officer placing a rose on the ground seen outside of VyStar Veterans Memorial Arena, one Jacksonville, Fla., venue for the August Republican National Convention. Douglas P. DeFelice/Getty Images hide caption 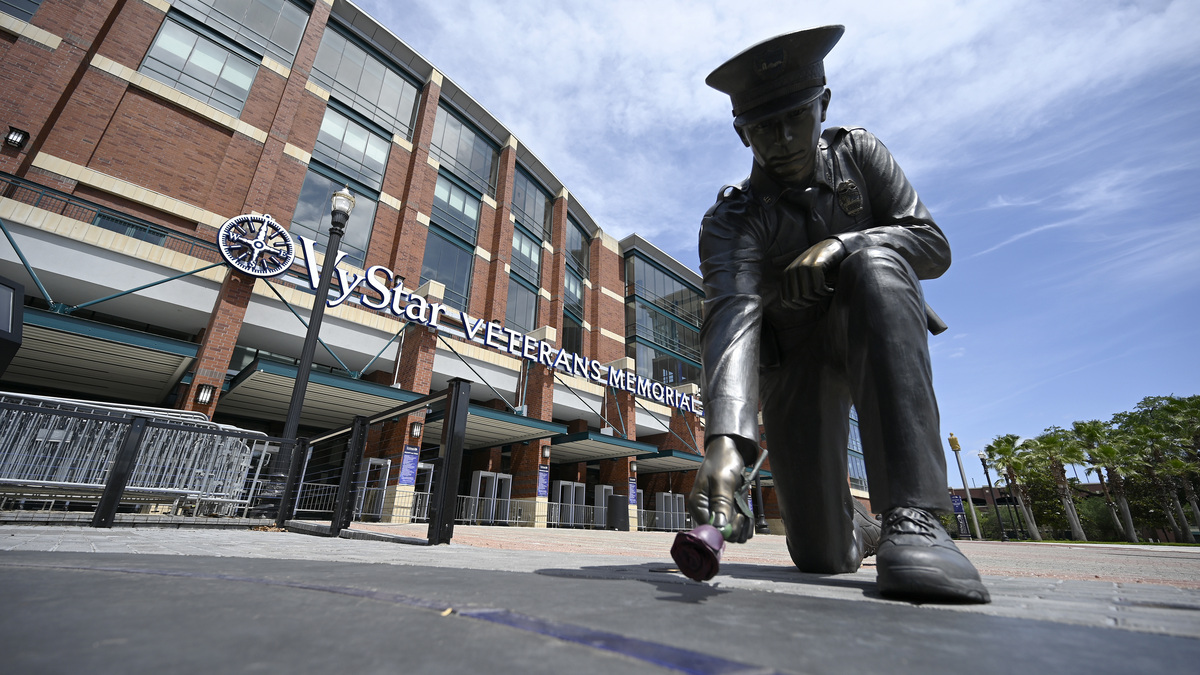 A statue of a police officer placing a rose on the ground seen outside of VyStar Veterans Memorial Arena, one Jacksonville, Fla., venue for the August Republican National Convention.

Duval County, Fla., Sheriff Mike Williams on Monday said Jacksonville police are not currently able to provide security for the Republican National Convention, citing poor planning and a lack of funding for the last-minute event.

The August convention — typically the hallmark for formally nominating the GOP candidate for president — has been complicated this year by the deadly coronavirus crisis. The keynote events had already been moved to Jacksonville from Charlotte, N.C., after a dispute between President Trump and Gov. Roy Cooper over the safety of holding a multi-thousand person event amid the pandemic.

"Every effort has been made, countless hours spent, and all have been committed to the mission to keep our city safe. And at this point, we're simply past the point of no return to execute the event safely," Williams said in a Monday news conference.

Williams said that financial shortfalls in equipment and manpower, as well as the short notice for the location change, led to his outlook that his agency would not be able to adequately secure the event.

"Maybe there was an impression that you could just plug-and-play what Charlotte had to Jacksonville, and that's not the case. And so you had to make some changes to the event," Williams said.

"Maybe if things had gone perfectly, we'd have gotten there. But they didn't," Williams said.

The sheriff said typically an event of the RNC's size would require 18 months of planning. Trump's acceptance speech for the party nomination was just moved to Jacksonville last month.

"The plan in its current configuration is not working."

RNC spokesperson Mandi Merritt said Monday that the committee "continues to work closely with local leadership in Jacksonville on planning for the convention, including on health and security measures, and the Department of Justice is in the process of allocating millions of dollars in a safety grant. Jacksonville has accommodated upwards of 70,000 people for football games and other events, and we are confident in state, local and federal officials to be able to ensure a safe event for our attendees."

Tamara Keith contributed to this report.