Accessibility links
Review: 'Hamnet,' By Maggie O'Farrell Maggie O'Farrell's new novel confronts a parent's worst nightmare: The loss of a child. In this case, it's Hamnet, the real-life son of William Shakespeare, whose death may have inspired Hamlet.

The Real 'Hamnet' Died Centuries Ago, But This Novel Is Timeless

The Real 'Hamnet' Died Centuries Ago, But This Novel Is Timeless 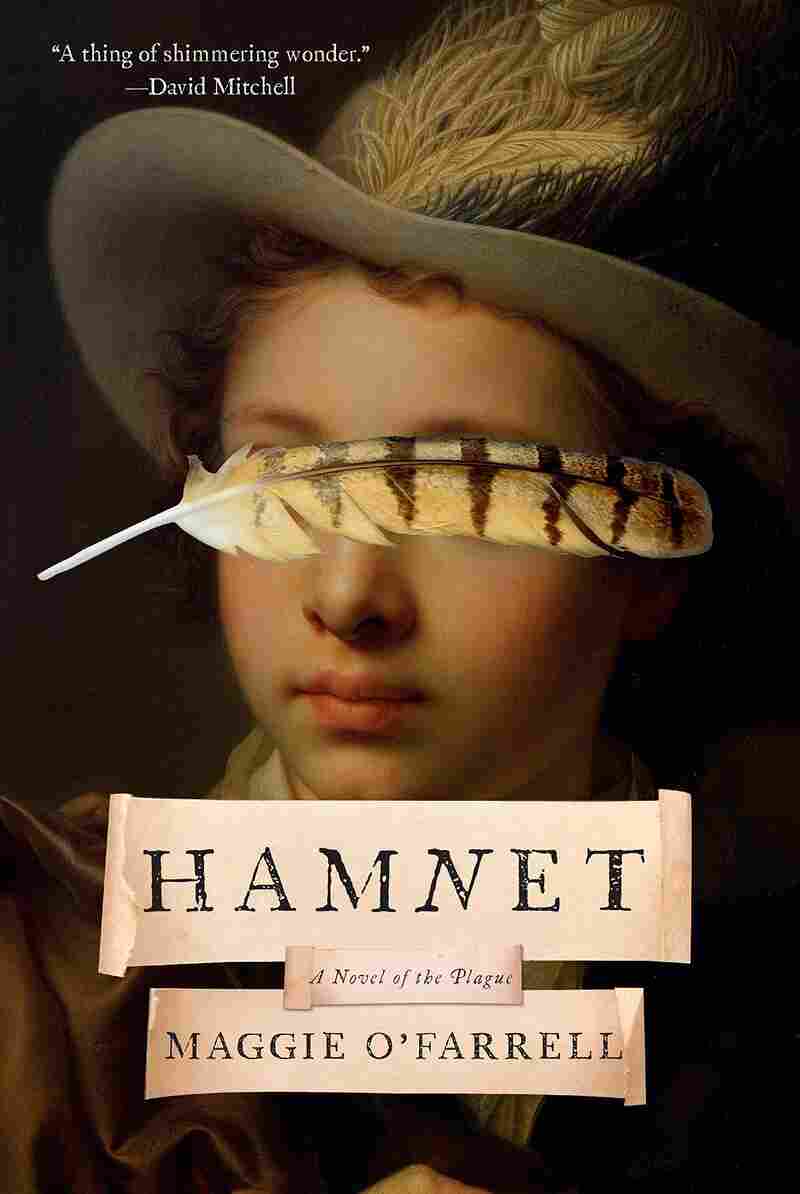 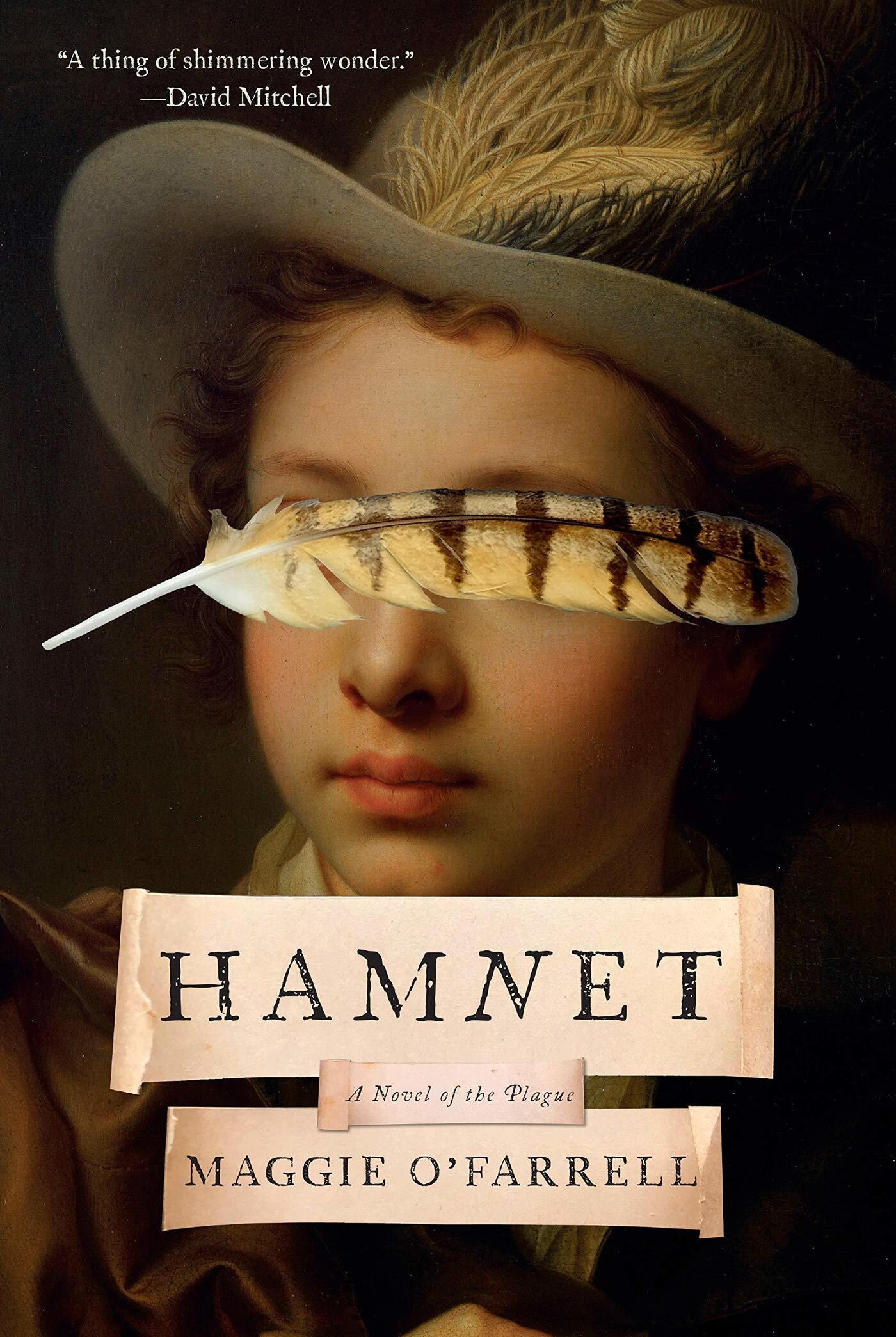 In the 20 years since the publication of her first novel, After You'd Gone, Irish-born Maggie O'Farrell has wooed readers with intricately plotted, lushly imagined fiction featuring nonconformist women buffeted by the essential unpredictability of life, which can turn on a dime. O'Farrell's last book, I Am, I Am, I Am (2018), was a nonfiction account of her own unpredictable life, filtered through 17 dramatic, near-death experiences, from her hair-raising childhood through her middle child's harrowing, periodic anaphylactic attacks brought on by a life-threatening immunological disorder.

With her eighth novel, O'Farrell brilliantly turns to historical fiction to confront a parent's worst nightmare: the death of a child. Set in Stratford, England, in the late 16th century, Hamnet imagines the emotional, domestic, and artistic repercussions after the world's most famous (though never named) playwright and his wife lose their only son, 11-year-old Hamnet, to the bubonic plague in 1596. Four years later, the boy's father transposes his grief into his masterpiece — titled with a common variant of his son's name — in which the father dies and the son lives to avenge him.

O'Farrell's narratives are rarely straightforwardly chronological. In Hamnet, she toggles between two timelines, one beginning on the day the plague first afflicts Hamnet's twin sister Judith, the other circling back to the beginning of their parents' passionate relationship some 15 years earlier.

In this telling, the woman we know as Anne Hathaway is called Agnes, pronounced Ann-yis, which O'Farrell explains is how her name appeared in her father's will. She's a wonderful character, a free spirit and healer who, like her late mother, is most at home in the woods. But she's also a Cinderella in her nasty stepmother's household, in which the future playwright — still in his teens with an uncertain future — is indentured as a Latin tutor to help settle a debt incurred by his errant father.

The two abused misfits recognize something special in each other, and the chemistry between them is palpable. A first kiss, later followed by sex that literally rocks and upends the apples in the storage shed, would be heavy-handed in its biblical overtones were it not so beautifully written. Hamnet is, among other things, a love story about a sorely tested marriage.

But before we meet his parents, we meet Hamnet, a smart but easily distractible boy, as he desperately seeks help for his twin sister, who has suddenly taken ill. With rising panic, he checks upstairs and down in his family's small apartment and his grandparents' adjacent house, and is anguished to discover that his mother, grandmother, aunt, and older sister are nowhere to be found. His father is off in London staging his plays. The only one home, drinking ale in the off-bounds parlour, is his irascible grandfather, from whom Hamnet has been warned to keep his distance.

As in her earlier novels, O'Farrell seeds her tale with dark forebodings. Agnes, off tending her bees during Hamnet's frantic search, will come to rue her absence that day:

Every life has its kernel, its hub, its epicentre, from which everything flows out, to which everything returns. This moment is the absent mother's: the boy, the empty house, the deserted yard, the unheard cry ... It will lie at her very core, for the rest of her life.

Hamnet vividly captures the life-changing intensity of maternity in its myriad stages — from the pain of childbirth to the unassuagable grief of loss. Fierce emotions and lyrical prose are what we've come to expect of O'Farrell. But with this historical novel she has expanded her repertoire, enriching her narrative with atmospheric details of the sights, smells, and relentless daily toil involved in running a household in Elizabethan England — a domestic arena in which a few missing menstrual rags on washday is enough to alarm a mother of girls.

'Hamnet' vividly captures the life-changing intensity of maternity in its myriad stages — from the pain of childbirth to the unassuagable grief of loss.

About halfway through this tour de force, there's a remarkable 10-page passage in which O'Farrell traces how the plague reached Agnes' children. It's a sequence that would stand out even in more salubrious times, but which holds particular resonance in light of the current global Covid-19 pandemic.

"For the pestilence to reach Warwicksire, England, in the summer of 1596," O'Farrell writes, "two events need to occur in the lives of two separate people, and then these people need to meet." The unwitting conduits are a master glassmaker in Murano, who in a moment of inattention burns his hands while blowing glass beads, and a cabin boy on a merchant ship, who becomes enchanted with an African monkey in Alexandria and picks up a stowaway infected flea in his red neckerchief. With the tenaciousness of a forensic viral chaser, O'Farrell charts the flea and its progeny's deadly path, through cats, rats, midshipmen, officers, glassmaker, and into the boxes of glass beads, one of which Hamnet's sister Judith excitedly unpacks when it is delivered to a Stratford seamstress who has been eagerly awaiting them for a client's fancy gown.

Unaware of the source of her children's illness, poor Agnes is left to suffer the consequences. O'Farrell writes, "There is a part of her that would like to wind up time, to gather it in like yarn. She would like to spin the wheel backwards, unmake the skein of Hamnet's death." But of course she realizes, "There will be no going back. No undoing what was laid out for them. The boy has gone and the husband will leave and she will stay and the pigs will need to be fed every day and time runs only one way."

Although more than 400 years have unspooled since Hamnet Shakespeare's death, the story O'Farrell weaves in this moving novel is timeless and ever-relevant.