Accessibility links
Congress and White House At Odds Over Pandemic Aid Bill Senate Majority Leader Mitch McConnell, R-Ky., is set to unveil a GOP proposal this week that is facing some opposition among GOP senators and the White House.

White House And Congress At Odds Over Pandemic Relief Package

White House And Congress At Odds Over Pandemic Relief Package 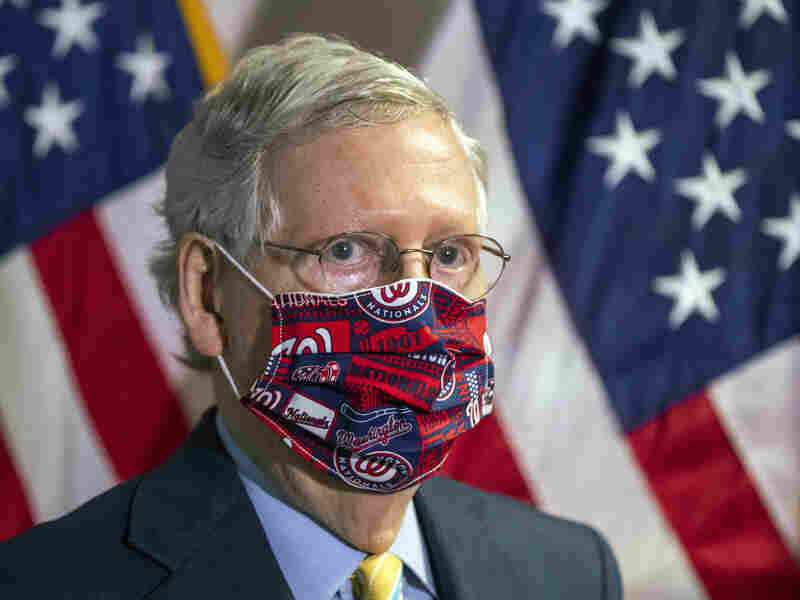 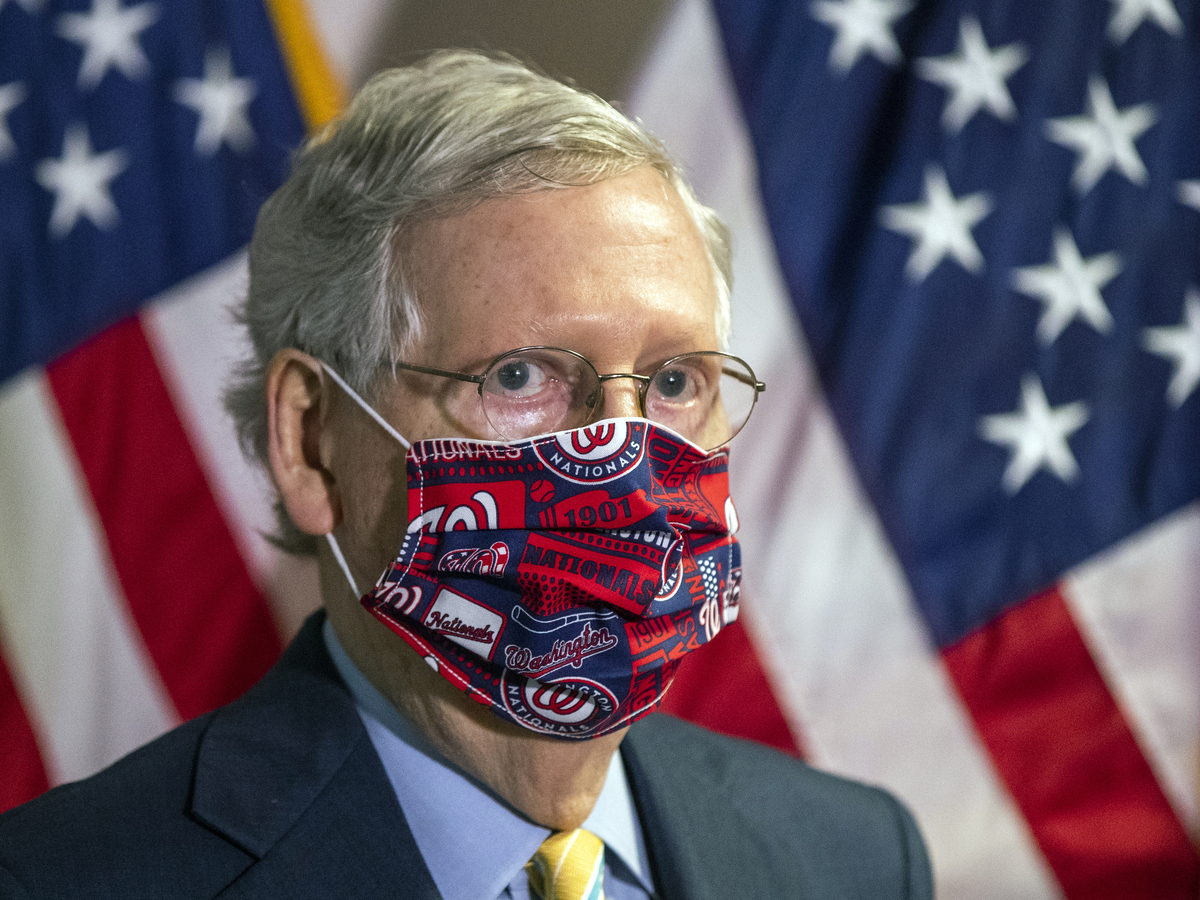 Senate Majority Leader Mitch McConnell is expected to unveil a Senate GOP proposal this week estimated to cost around $1 trillion.

Washington is racing to complete a fifth round of legislation to address the ongoing, and still surging, coronavirus pandemic in the next three weeks. The two parties and the White House are at odds over what the major pillars of the legislation should include and how much it should cost.

Senate Majority Leader Mitch McConnell, R-Ky., wants to get a bill to President Trump by Aug. 7 when Congress is scheduled to adjourn for the rest of the summer — a time when lawmakers traditionally hit the campaign trail in an election year.

The aggressive timeline puts pressure on Republicans in Congress and the White House to agree on their demands so that bipartisan negotiations can begin in earnest.

Republicans have not released a detailed list of their demands, but McConnell has ruled out a large spending package such as the roughly $2.5 trillion CARES Act that passed in March.

He is expected to unveil the Senate GOP proposal this week that is estimated to cost around $1 trillion.

"The legislation that I have begun to sketch out is neither another CARES Act to float the entire economy, nor a typical stimulus bill for a nation that's ready to get back to normal," McConnell said Tuesday on the Senate floor. "Our country is in a complex middle ground between those two things. We can't go back to April, and we can't snap our fingers and finish the vaccine overnight. We need to carve out a 'new normal.' "

McConnell has listed some components, including $105 billion for schools, some additional federal unemployment support, a second round of direct payments, and legal liability limitations to prevent lawsuits related to COVID-19.

Trump has publicly backed a different set of demands. White House press secretary Kayleigh McEnany told reporters that the president is pushing for a payroll tax cut to be part of the package. Congressional Republicans have repeatedly rejected that idea, but McEnany said a tax cut would go to the "hardest-working — middle-income and low-income workers," but she said it was one of a number of items they are discussing, including another round of direct payments.

McConnell told reporters Tuesday that his bill would not likely include a payroll tax cut. "There are some differences of opinion on the payroll tax cut and whether that's the best way to go, and so we're still in discussion with the administration on that," he said.

Trump has said he would consider refusing to sign any legislation that does not include the payroll provision.

The administration and GOP senators are also at odds over how much money to include for ongoing testing demands, with some in the White House advocating for less money over the objections of senators.

Sen. Roy Blunt, R-Mo., has been an advocate for more spending to increase access to rapid result tests as well as more money to aid distribution doses of an eventual vaccine. "I think that's an important point we were able to make talking to the administration today about testing," Blunt said. "I expect all of those to be addressed in the bill."

The top House Republican, Rep. Kevin McCarthy of California, also voiced support for additional resources. "I would be one who would say we need more money for testing."

McConnell and other GOP lawmakers have acknowledged that bipartisan negotiations will need to happen quickly if a deal is to be reached. At least one GOP senator, Rand Paul of Kentucky, has already announced he will oppose it because of the cost and lack of spending offsets. Sen. Rick Scott, R-Fla., said he would oppose it if it includes money to bail out states. "I'm going to do everything I can to stop it," Scott said. "Florida taxpayers are not paying for New York or Illinois or California."

McConnell acknowledged Tuesday that his bill will need Democratic support ultimately to pass the Senate, and he characterized his bill as the opening offer on those negotiations.

Two months ago, House Democrats passed a $3 trillion bill that includes funding priorities including a nationwide testing and tracing regime, $1 trillion to help fill gaps in state and local budgets, and another $1 trillion in direct aid payments to individuals and additional unemployment benefits.

House Speaker Nancy Pelosi, D-Calif., has declined to draw any red lines in the negotiations but has said Democrats are focused on supporting state and local governments, expanding testing, tracing and treatment, and delivering direct aid to people.

"Everybody understands that the economy will only get worse if we do not, if we do not continue to support working families in our country as we have done," Pelosi said Monday on MSNBC's Morning Joe. "Everything I mentioned, Republicans have voted for before. Not as much, but, nonetheless, it is not asking to go against their principles."