Accessibility links
737 Max Still Months Away From Flying, But FAA Inches Closer To Certifying Jet The FAA says an airworthiness directive for Boeing's 737 Max is near, but it still may be months before the troubled plane flies passengers again. 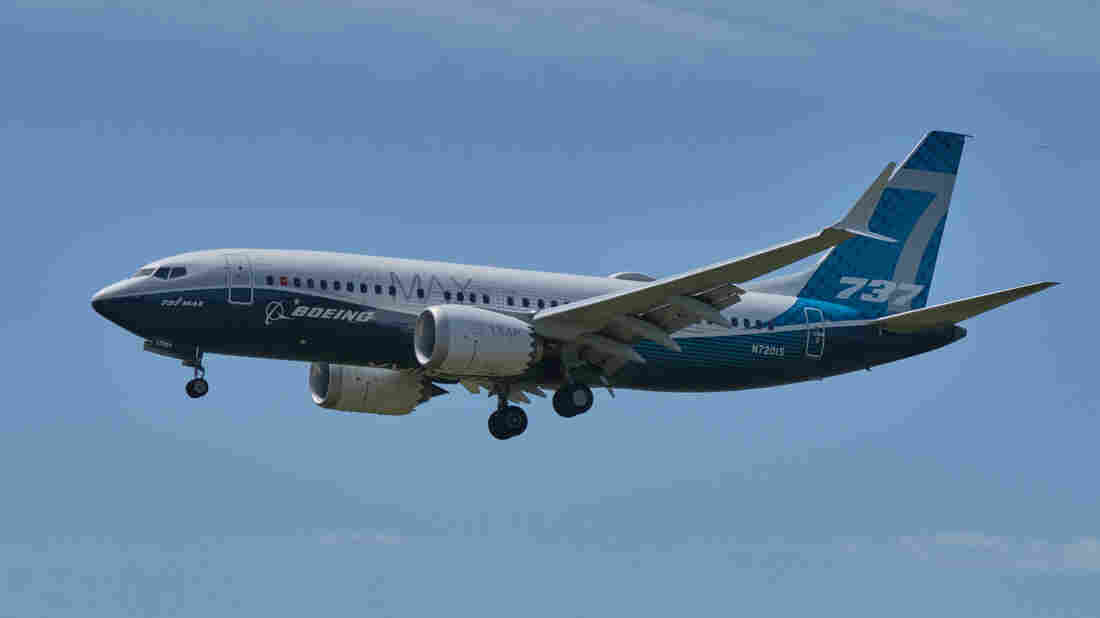 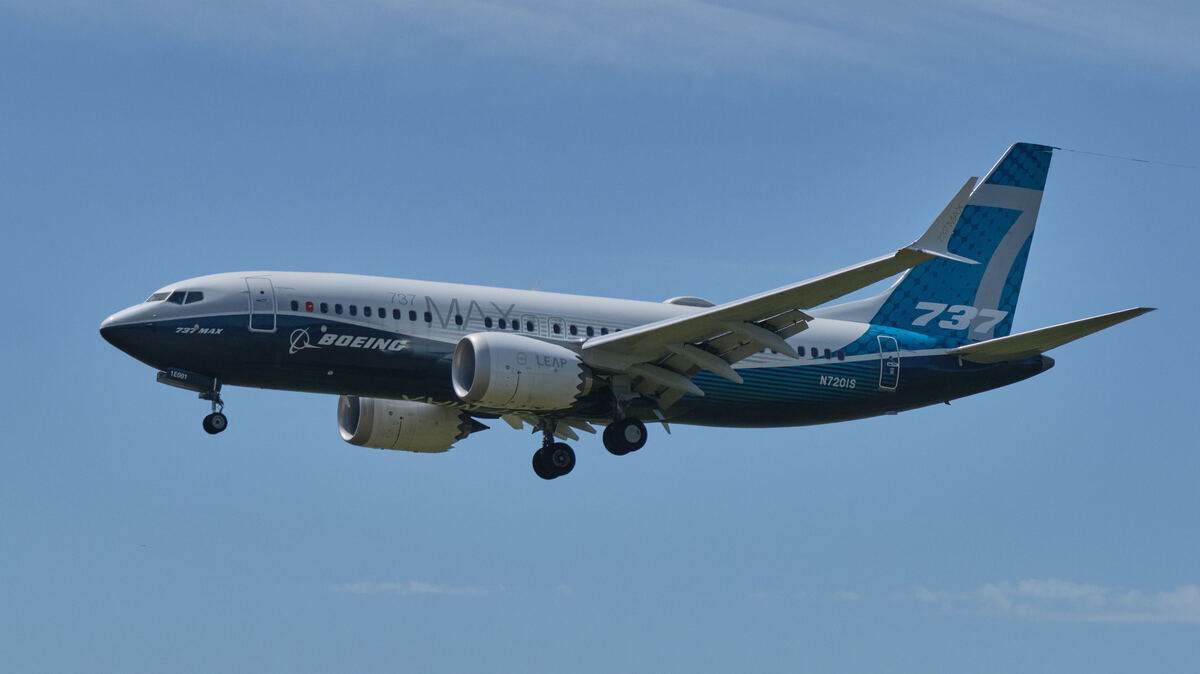 A Boeing 737 Max aircraft lands following a FAA re-certification flight on June 29, 2020 in Seattle, Wash. The 737 MAX has been grounded for commercial flights since March 2019 following two crashes.

The Federal Aviation Administration is taking another step towards re-certifying Boeing's 737 Max, saying it plans to issue a proposed airworthiness directive for the grounded jetliner "in the near future."

In a statement, the FAA says the impending airworthiness directive will address Boeing's design changes to fix a flawed flight control system that is partly to blame for two 737 Max plane crashes in Indonesia and Ethiopia that killed 346 people.

Acting on faulty data from a single sensor, the flight control system repeatedly forced the planes into nose dives that the pilots could not pull out of. All 737 Max aircraft around the world were grounded by global aviation authorities after the second of those crashes in March of 2019 and Boeing has been working on developing software fixes for the plane ever since.

The directive will also include proposed new flight crew "procedures to mitigate the safety issues identified during the investigations that followed the Lion Air and Ethiopian Airlines accidents."

Once the directive is issued, the FAA will provide 45 days for public comment on those fixes. After that, it may take weeks for those comments to be reviewed and incorporated in a final report.

The FAA's statement notes that while this is an important milestone in the effort to return the 737 Max to commercial airline service, "a number of key steps remain" in the certification process before the order grounding the troubled plane can be lifted.

Among the additional steps is finalizing new pilot training protocols that are being jointly reviewed by the FAA and regulators from Canada, Europe and Brazil.

Over a three day period from June 29 through July 1, FAA test pilots and engineers flew a 737 Max and put the plane through various scenarios to evaluate the changes Boeing made to the MCAS flight control system, which is the system at fault in the two crashes. The FAA has been analyzing the data from those test flights to determine if the systems performed as they should to comply with safety regulations.

FAA Administrator Stephen Dickson, a former Delta Air Lines pilot, has said he won't sign off on re-certifying the 737 Max until he flies the plane himself, pushing the timeline for allowing the Max back into commercial airline service into at least mid-October.

"The agency continues to follow a deliberate process and will take the time it needs to thoroughly review Boeing's work," the FAA said in its statement Tuesday. "We will lift the grounding order only after FAA safety experts are satisfied that the aircraft meets certification standards."

While Boeing has been making airplanes for more than 100 years, the 737 Max quickly became its most popular and profitable commercial airplanes. Before the crashes, airlines had ordered close to 5,000 of Boeing's 737 Max jets. But already this year, customers have canceled more than 800 orders for the troubled plane.

Now, after being grounded for 16 months and counting, Boeing would not speculate on when the plane can return to passenger airline service.

"Boeing is working closely with the FAA and other international regulators to meet their expectations as we work to safely return the 737 MAX to service," a company spokesperson said in a statement. "Safety is our priority and the schedule for return to service will be determined by the regulators."