Accessibility links
'I May Destroy You' Gave Michaela Coel A Safe Space To Address Rape And Consent In the HBO drama, a young woman is drugged and sexually assaulted — and then must piece together what happened to her. Coel wrote, directed and stars in the show, which is based on her own experience. 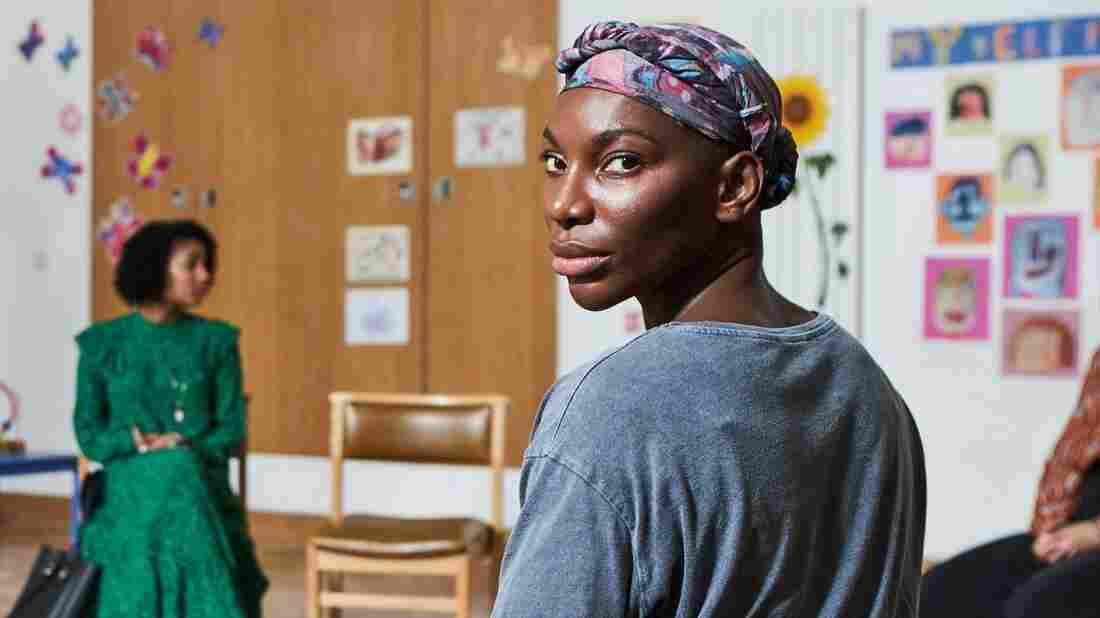 Arabella (Michaela Coel) attends a support meeting with other survivors of sexual assault on HBO's I May Destroy You. Coel, the show's creator, writer, director and star, based the series on a personal experience. HBO hide caption 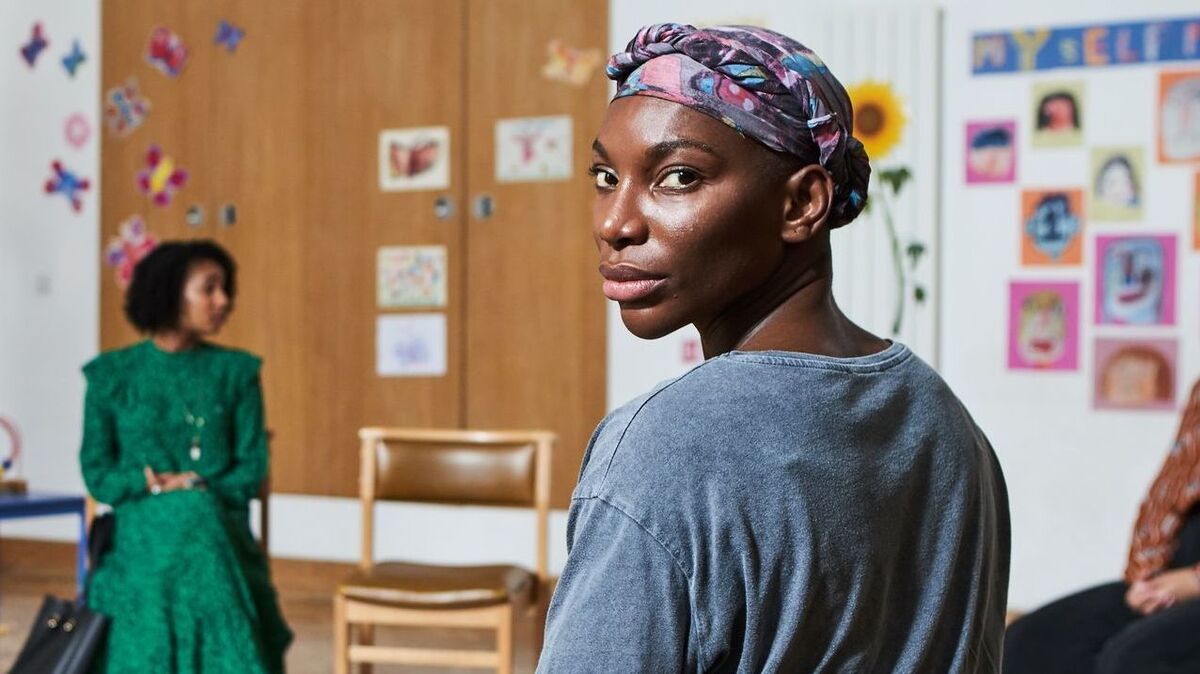 Arabella (Michaela Coel) attends a support meeting with other survivors of sexual assault on HBO's I May Destroy You. Coel, the show's creator, writer, director and star, based the series on a personal experience.

Note: This interview discusses, and the show contains, scenes depicting, and stories about, sexual assault.

The new HBO series I May Destroy You is a stylish, sometimes funny drama about a very serious subject: rape and sexual assault.

The series centers on Arabella, a young writer who is raped after her drink is spiked at a bar. Michaela Coel, the show's creator, writer, director and star, was assaulted in a similar way when she was writing and starring in her first TV series, Chewing Gum.

Coel says she initially wanted to create a series about sexual assault because of her own experiences. But as she heard from other people who had similar stories, she began to think more broadly.

"I realized that many people had some sort of experience that was connected to mine," she says. "There were so many different ways to explore consent and how it affects us today. What better place for a story than one that I felt many people could find an identification in?"

'I May Destroy You' Is HBO's New Unforgettable, Unmissable Drama

Writing the show was especially difficult: "It almost sent me around the bend, back into the shock," she says. "I was probably already suffering from PTSD."

But Coel says that acting was a different story: "We had a therapist that was on site at all times, so it felt like I could be safe to explore very dangerous areas in a very safe playground."

In many ways, Arabella's story ... is very similar to mine, but there are differences that I've intentionally kept so there's always a distinction between myself and Arabella. But yes, I was writing all night in the production office that I was making a TV show for, and went on a break to meet my friend in a bar. And I had a drink, [I blacked out], and then I was back at work typing and finishing the episode that was due and didn't quite realize my phone was smashed.

I didn't quite connect the dots until I had a flashback. ... I wasn't supposed to remember anything.

I was a mess, but I didn't quite connect the dots until I had a flashback. And then, yes, I had friends who helped me going through Uber receipts, bank statements, calling other friends to literally try and gather the pieces. So our stories are different, but there are many, many similarities. ...

It's such a strange experience. And I think for a lot of people, they don't even have a flashback at all. It's even stranger that I had a flash that enabled me to end up going to the police to give DNA swabs, or all these things technically should never have happened. I wasn't supposed to remember anything. It's troubling.

I definitely look at myself and my tendency to look out instead of looking in and sometimes looking out is almost an escape from looking in. So, yes, there are hungry children. There is a war in Syria. Not everybody [has] a smartphone. And within this world, you were raped. ... If you're using the outside world to escape your introspection, I think that's where Arabella goes wrong and where I've definitely gone wrong in my life.

On rethinking her relationship with social media

I used to spend a lot of time on social media, scrolling. I loved being on Instagram Live. It felt very natural for me to start a live feed and to share my thoughts and to read the thoughts of other people and to constantly be engaging. I would make yoga videos for Instagram. I wonder, for me, whether I was feeling alone and feeling very marginalized and like I needed to connect, but was perhaps too unaware of how to connect with myself and my trauma and even my friends, and so it seemed like a very easy way to connect with loads of people. But very similar to Arabella, I did realize that to kind of go on the journey of introspection that I wanted to go on, and that I needed to go on to make the show, I would have to severely limit my time and cleanse my algorithms and the people I was following, to just quiet down the noise the social media makes.

On how she learned to write for TV for her first series, Chewing Gum

I Googled "how to write a series." ... It was so helpful. ... [I learned] structure, understanding a comedy, and ending on a high before the commercial break and setting up the world of the character, the structure of acts, whether you're doing a 5-act structure or 3-act structure. It gave me information that I think was definitely helpful. I already had my ideas and I had Chewing Gum Dreams the play, but was attempting to write it in the television world, which I had very little idea about, other than being in a few TV shows.

We would do this thing called prayer in the park, and one of those prayer days, that was when I first spoke in tongues. ... I think it did come out of me unprovoked, and I was definitely having an experience of something beyond and I liken that very much to the writing process when I don't necessarily know what I'm going to write, but I put my fingers on the keypad and something flows. It's also like improvising as a comedy group in English. This just happens to be tongues. And it's unexplainable. But, yet, it does happen. ...

In 'I May Destroy You,' Michaela Coel Tackles Trauma

On reflecting on the way she is perceived as a Black British person compared to how her Black friends are perceived in the U.S.

[There's also] something about the accent. I think Britain has done a very good job of perpetuating the narrative of being very fine and fancy and elegant. And I think this somehow enters the minds of Americans when they hear it — which, it's interesting, because it's not real. It's not real at all! It's all based on these stereotypes and prejudices. I sometimes say, "I've dropped out of college three times. But my voice is giving you a different story!"