Accessibility links
Ukraine Hostage Standoff Ends After President Agrees To Promote Joaquin Phoenix Film A standoff ends with the gunman releasing all 13 hostages unharmed after Volodymyr Zelenskiy posts a video to social media saying, "Everyone should watch the 2005 film Earthlings." 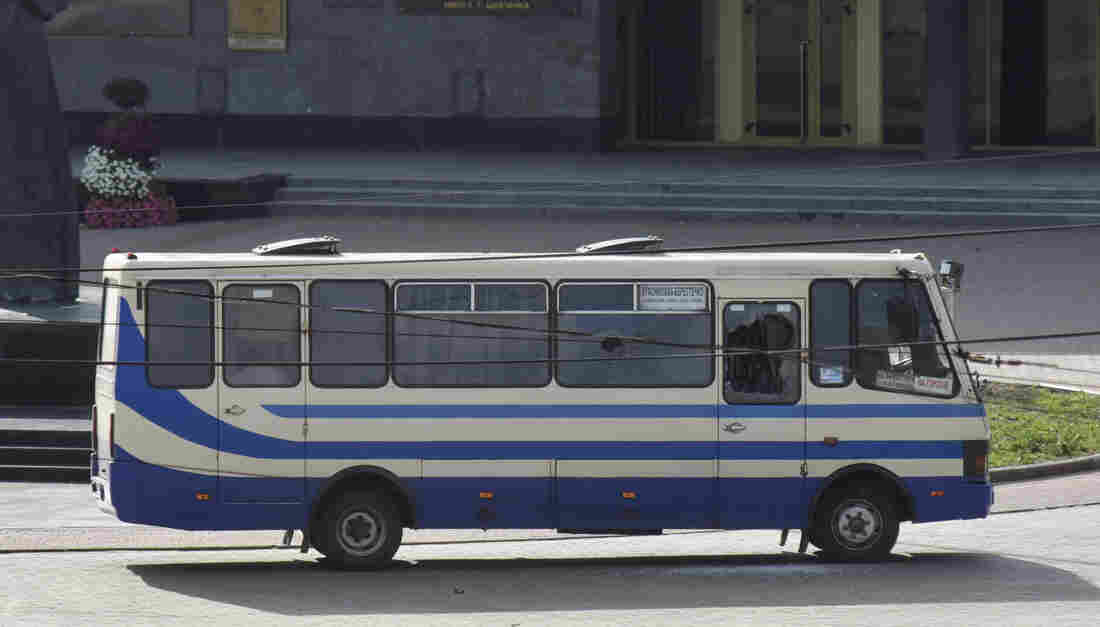 A gunman seized this bus and took 13 hostages in the city center of Lutsk, some 250 miles west of Kyiv, Ukraine, on Tuesday. Pavlo Palamarchuk/AP hide caption 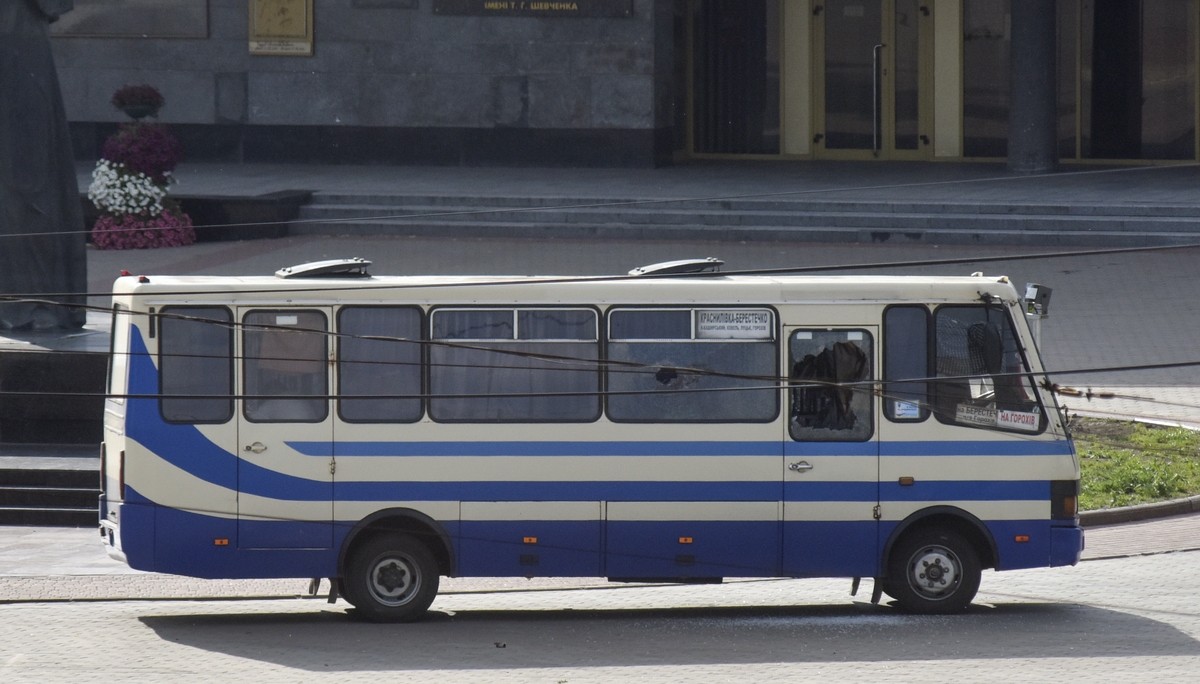 A gunman seized this bus and took 13 hostages in the city center of Lutsk, some 250 miles west of Kyiv, Ukraine, on Tuesday.

A hostage standoff on a bus in western Ukraine ended Tuesday after a bizarre demand from the captor was met when the country's president publicly recommended a 15-year-old animal rights documentary narrated by Joaquin Phoenix.

Just before the end of the 12-hour standoff in Lutsk, a city located some 250 miles west of Kyiv, President Volodymyr Zelenskiy posted a video clip to his Facebook page stating: "Everyone should watch the 2005 film Earthlings."

The 13 hostages were all released unharmed, authorities said. Initial reports had placed the number of captives at 20. During the prolonged standoff, the gunman threw a grenade from the bus and fired shots at police, they said.

The state security service SBU identified the hostage-taker as Maksym Kryvosh, 44, who had previously served time in prison for "extremist views."

Interior Minister Arsen Avakov described "an unstable man who painted his vision of the world and invented a revenge for it."

"He had his own vision of justice and the value of human life," the interior minister said.

According to Reuters, the gunman, in posts on social media, had threatened to bomb a crowded place and demanded that senior Ukrainian officials publish statements acknowledging that they were terrorists.

After the standoff ended, Zelenskiy hailed law enforcement officers for saving the hostages.

"Human life is the most important value," he said on Facebook. "Now families can finally hug their relatives who spent the entire day on the bus in anguish."