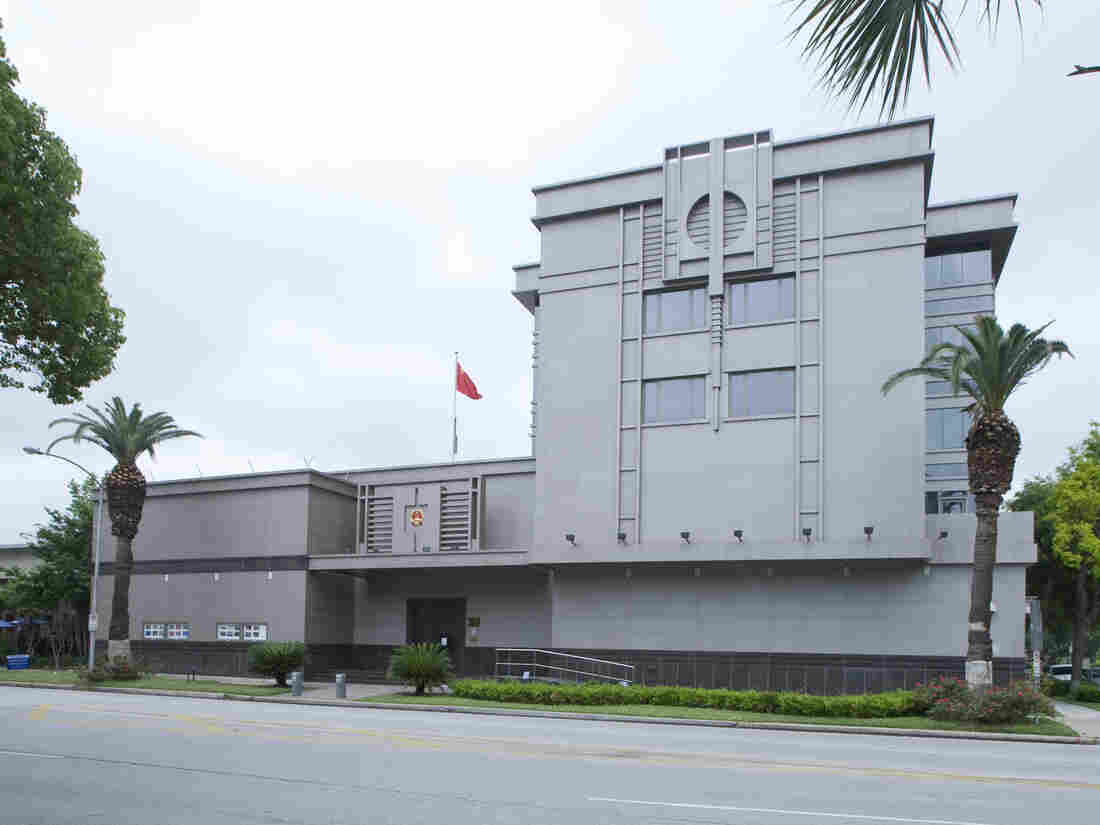 The Chinese consulate in Houston, shown in April. The U.S. has ordered China to close the consulate by Friday. Steve Campbell/AP hide caption 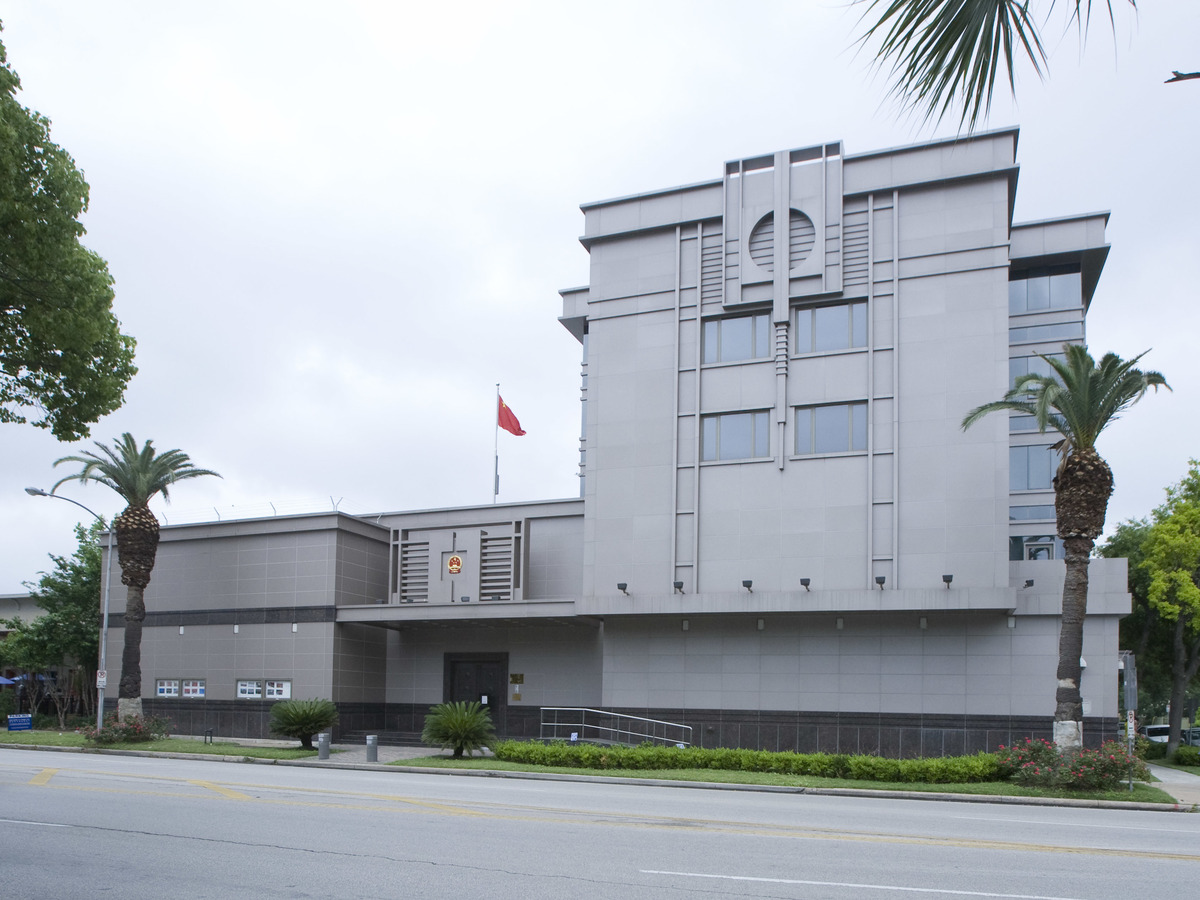 The Chinese consulate in Houston, shown in April. The U.S. has ordered China to close the consulate by Friday.

The U.S. has ordered China to close its consulate in Houston, in what China called an "unprecedented escalation."

China's foreign ministry said it had been given notice on Wednesday to restrict all events at its consulate in Houston and to move out all its employees by July 24.

Hours earlier, local Houston media began reporting that employees at the Chinese consulate in the city were burning documents in the consulate courtyard.

Beijing alleged the U.S. confiscated and opened Chinese diplomatic mail pouches in October and June. The Vienna Convention, an international treaty to which the U.S. and China are parties which governs diplomatic operations, prohibits diplomatic personnel and pouches from being searched.

"If we compare the two [countries], it is only too evident which is engaged in interference, infiltration and confrontation," Wang Wenbin, a Chinese foreign ministry spokesperson, said at a regular press briefing on Wednesday.

The announcement comes one day after the Justice Department indicted two Chinese hackers on charges of trying to steal research into a coronavirus vaccine.

The closure of the consulate piles strain on already deteriorating relations between the world's top two economies.

On Wednesday, the Chinese embassy said in a statement the United States' "willful and reckless stigmatization and fanning up of hatred" against China has had negative consequences for its diplomatic missions in America.

"The Chinese Embassy in the US has received threats to the safety and security of Chinese diplomatic missions and personnel more than once," it said without elaborating.

Chinese Foreign Ministry spokeswoman Hua Chunying tweeted: "As a result of smears & hatred fanned up by the #US gov, the Chinese embassy has received #bomb & #DeathThreats."

As a result of smears & hatred fanned up by the #US gov, the Chinese embassy has received #bomb & #DeathThreats.

"The Vienna Convention," she said, "states diplomats must 'respect the laws and regulations of the receiving State' and 'have a duty not to interfere in the internal affairs of that State.'

"The United States will not tolerate the PRC's violations of our sovereignty and intimidation of our people, just as we have not tolerated the PRC's unfair trade practices, theft of American jobs, and other egregious behavior," Ortagus said in the statement.

China immediately raised the prospect of retaliation. The foreign ministry spokesman called on the U.S. to reverse its decision on the consulate, but said, "Should [the U.S.] insist on going down this wrong path, China will react with firm countermeasures."

Chinese state tabloid the Global Times, which often serves as a conduit for statements of official policy, suggested on Twitter that Beijing could retaliate by shutting down the U.S. consulate in Hong Kong.

Earlier this month, the U.S. indefinitely delayed the return of many of its diplomats to China because of disagreements over China's COVID-19 testing and quarantine requirements, also citing the Vienna Convention.

The two countries have repeatedly sparred over each country's handling of the coronavirus pandemic, Hong Kong's diminishing autonomy and China's deteriorating human rights.

Earlier this month, the U.S. sanctioned several elite Chinese Communist Party members for their involvement in orchestrating the detention and imprisonment of hundreds of thousands of ethnic Uighurs, a Turkic ethnic minority. The U.S. has also imposed sanctions on Chinese officials responsible for Beijing's growing control over Hong Kong. China responded by banning several American lawmakers from traveling to China.

The New York Times quoted David Stilwell, head of policy for East Asia and the Pacific at the State Department, as saying the Houston consulate was "at the epicenter" of research theft by the Chinese military in the United States.