Accessibility links
Chicago Violence: 15 People Wounded In Shooting That Targeted Funeral The violence exploded outside a funeral home in the Auburn Gresham neighborhood, where investigators say they found at least 60 shell casings.

15 People Wounded In Shooting That Targeted Funeral In Chicago

15 People Wounded In Shooting That Targeted Funeral In Chicago 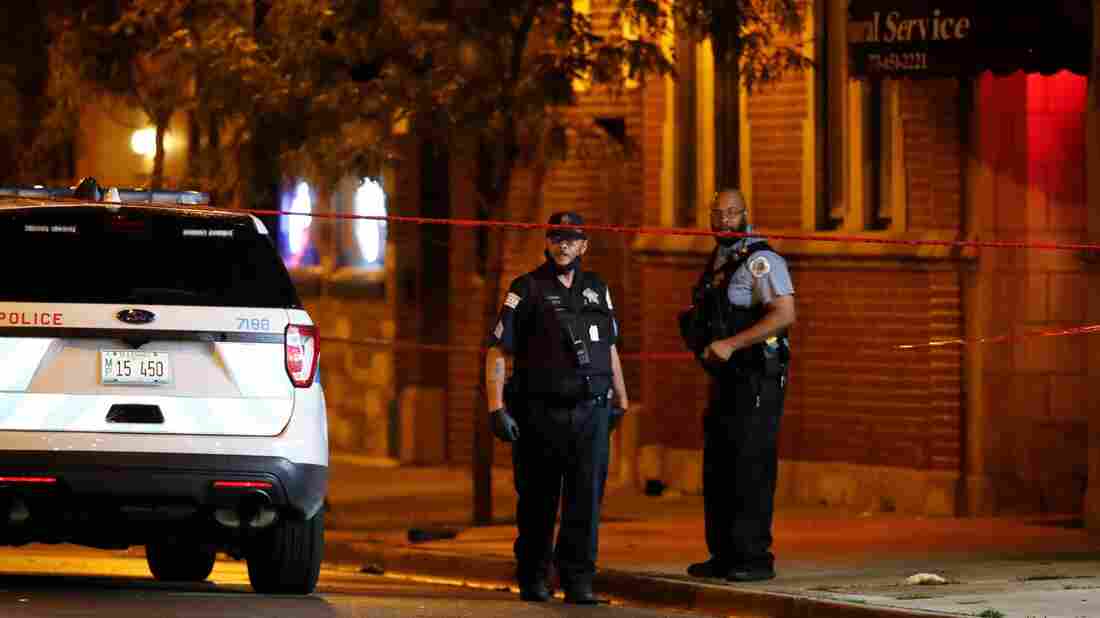 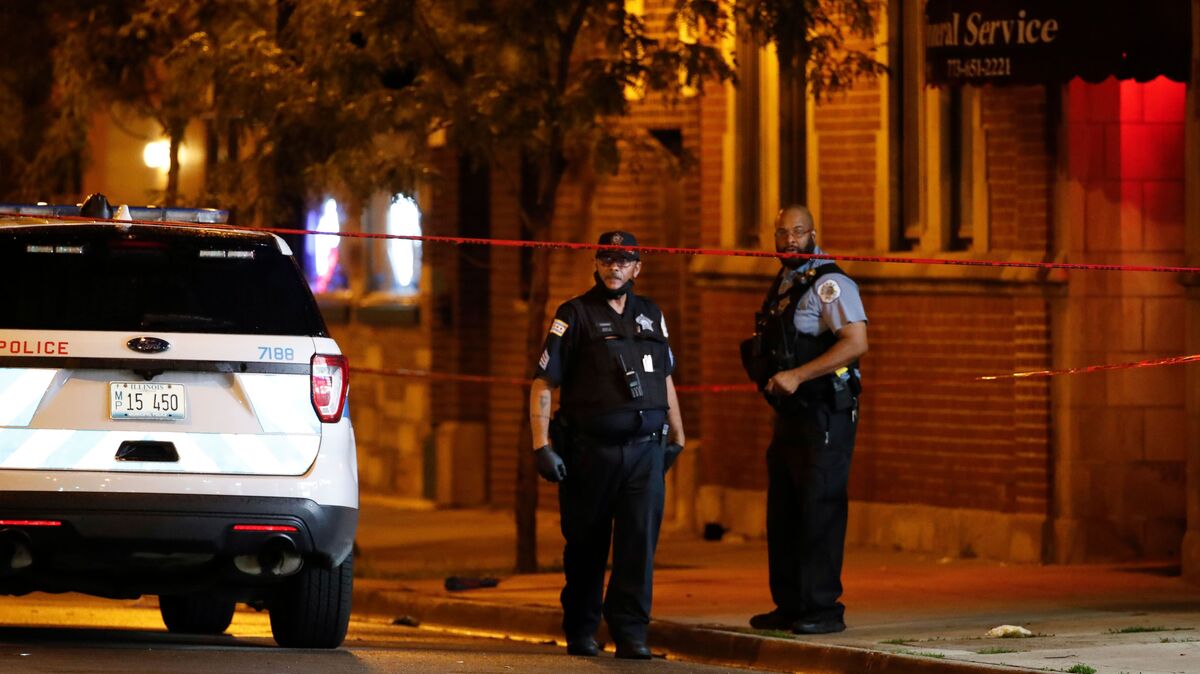 Chicago Police Department officers stand in front of Rhodes Funeral Services as they investigate the scene of a shooting Tuesday night. Gun violence outside a funeral left at least 15 people wounded.

Chicago Police are investigating a mass shooting that left at least 15 people wounded Tuesday night at a funeral on the city's South Side. One of the victims remains in "extremely critical condition," and another is in critical condition, police say.

The violence exploded outside a funeral home in the Auburn Gresham neighborhood, where mourners had gathered for a large funeral. Investigators say they found roughly 60 shell casings at the scene.

Around 6:30 p.m. local time, a black Chevrolet Malibu sped down West 79th St., spraying bullets at people gathered on the block where Rhodes Funeral Services is located, according to police.

"At that time, the attendees of the funeral exchanged gunfire with the black vehicle," First Deputy Superintendent Eric Carter of the Chicago Police Department said a few hours after the shooting.

After driving past the funeral home, the vehicle made a right turn onto Carpenter St. — going the wrong way on a narrow one-way street. People in the vehicle continued to fire at funeral attendees, Carter said, before crashing halfway down the block.

"The occupants of the vehicle then exited in multiple directions and fled," he said.

Carter added that "a person of interest" was being interviewed by detectives about the shooting. As of Wednesday morning, that person's status was unchanged.

The funeral was being held for a man who had been shot and killed in a drive-by shooting in the Englewood neighborhood, police said in an update Wednesday morning.

"It's an ongoing gang conflict problem," Chief of Detectives Brendan Deenihan said Wednesday. He noted that the car used in the attack had been reported stolen.

The Chicago Sun-Times spoke to a resident of the block who said she went outside after hearing gunfire.

"We went out in the street and all we saw was bodies just laying everywhere. They were shot up everywhere," Arnita Geder said, according to the newspaper. "We thought it was a war out here."

A police car had been assigned to the funeral as a precaution, Carter said. On Wednesday morning, Police Superintendent David Brown said police had actually sent two squad cars to the funeral, along with a tactical team that was nearby.

Describing the scope of Chicago's gang violence problem, Brown said, "There are over 117,000 gang members in the city of Chicago." Repeating the figure, he said that they were "broken into 55 major gangs," along with 747 factions and 2,500 subsets.

When Carter was asked Tuesday night whether more could have been done to prevent the violence, he replied, "That's being looked at."

Police are asking anyone with video recordings or information about the attack to contact investigators.

Chicago Mayor Lori Lightfoot condemned what she called a "horrific mass shooting," and echoed the request for help from the local community.

"When a person picks up a gun, we suffer as a city," Lightfoot said. "This cannot be who we are."

Chicago is one of several U.S. cities whose mayors are locked in a dispute with the Trump administration over the deployment of federal law enforcement agents. The Justice Department says the plan is meant to reduce violent crime. But critics call it a political machination by a president who wants to bolster his "law and order" credentials ahead of the November election.

On Monday, Lightfoot sent a letter to President Trump asking him not to send federal agents to her city — "instead imploring him to help the city address violent crime by cracking down on the proliferation of illegal guns," as member station WBEZ reports.