Accessibility links
Judges Talk About Risks After Shooting At Esther Salas' Home Attacks such as the one that left Judge Esther Salas' son dead are rare, but a report shows "threats and inappropriate comments" against federal court workers increased fourfold since 2015. 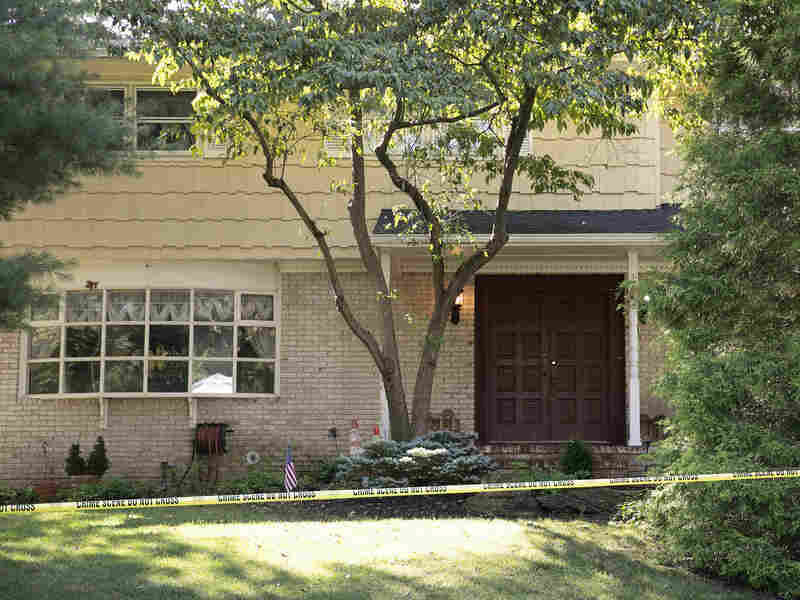 The deadly attack on the home of a federal judge in New Jersey has raised questions about the measures taken to protect men and women who serve on the bench at a time when they face growing threats.

Such attacks are rare, but a U.S. Marshals Service report released this year showed "threats and inappropriate comments" against federal court workers increased fourfold since 2015.

"The threat isn't just against you, it's also your family," one federal judge, who faced threats after presiding over a series of high-profile cases, told NPR.

He requested anonymity because he feared for the safety of his family. "I'm not going to put my wife through this again."

Asked about his most immediate security concerns, the judge said, "I worry about exactly the kind of person who shot the judge's family in New Jersey. A disgruntled litigant you don't see coming. How do you defend against that?"

One judge who faced horrific violence said security has tightened.

In 2005, a man involved in a case in her court broke into the Chicago home of U.S. District Judge Joan Humphrey Lefkow, murdering her husband and mother.

"After my family's tragedy, I think there was a whole new ballgame, because before it was nothing, or barely anything," Lefkow said, describing the level of protection for judges and their families. "It has much improved since then."

In the years since, the U.S. Marshals Service has gained resources. All federal judges are offered an electronic home security system, and they receive training in how to watch out for possible threats.

But none of the judges or security experts interviewed by NPR thought judges could be protected completely. Many judges around the U.S. are elected officials, which means they have to campaign for office in public.

Judge Charles Weller, a family court judge in Reno, Nev., was seriously injured in 2006 when a man involved in a divorce case attacked him.

"The husband in the case murdered his wife and then he took up position in a parking garage across from my courthouse and shot me through a window with a rifle," Weller recalled.

"I think all judges need to realize it's a risk inherent with the job."

"From day one when they become a judge, security becomes part of the reality," Aldana said, "developing security measures for themselves and their families, recognizing potential threats and red flags."

The Marshals Service declined to say how many judges are being protected by security details. The agency sent a statement saying it continuously reviews strategies for protecting court officials.

But retired U.S. Marshal John Muffler who worked for years on security details for judges said the situation has grown worse and was clear about the reason why.

"It's social media," Muffler said. "One person threatens a judge because of a decision either in their case or a case that was high profile, and then it just allows others to anonymously post additional inappropriate comments or threats."

Experts say identifying red flags is harder all the time in a political culture where angry rhetoric — sometimes aimed at judges — is commonplace on the Internet, talk radio and other media outlets.

The man who allegedly attacked the Salas family home on Sunday was a self-described "anti-feminist" who made numerous media appearances voicing disdain for women. He also wrote critically of Salas.

On Wednesday, investigators said they had evidence linking Den Hollander to the July 11 killing of another "men's rights" lawyer in California.

Marc Angelucci, who also filed lawsuits alleging discrimination against men, was shot at his home in San Bernardino County, by a gunman who apparently posed as a deliveryman.

Muffler, the retired U.S. Marshal, said it's often unclear when a rant protected by free speech becomes an overt threat.

Some judges whom NPR spoke to said better intelligence gathering is still needed to identify threats. They also called for more resources and better training to protect state and local judges.