Accessibility links
Tropical Storm Gonzalo Forms During A Very Busy Atlantic Hurricane Season Gonzalo, which formed in the Atlantic Ocean, is the earliest "G" storm on record. It has been a busy start to the Atlantic hurricane season. Forecasters don't think it'll be slowing down. 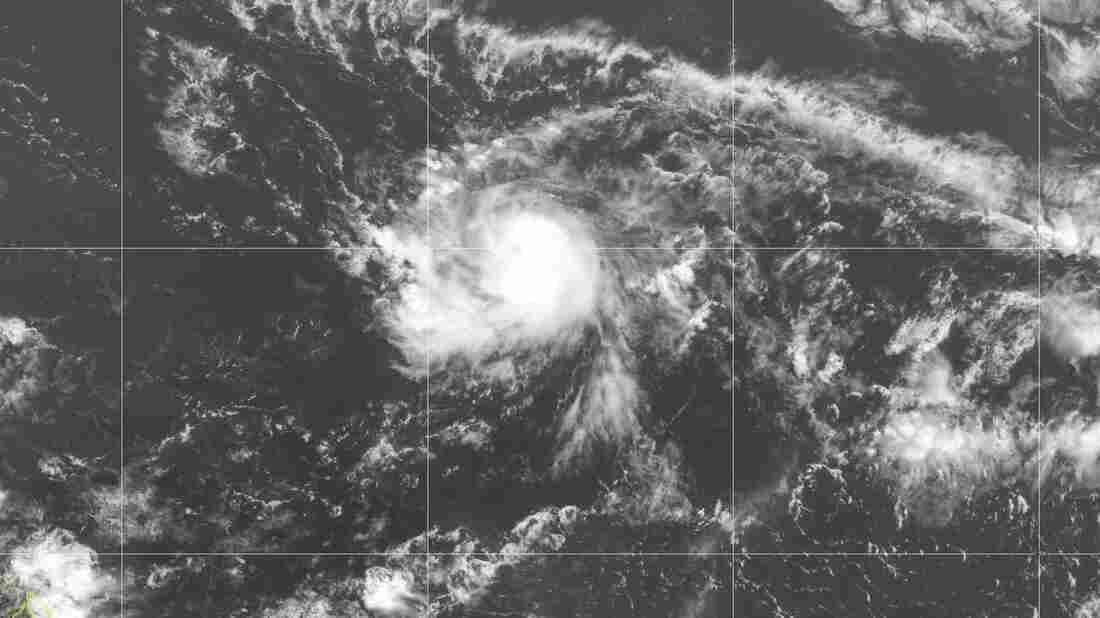 Tropical Storm Gonzalo has formed in the central Atlantic Ocean and is the earliest "G" storm on record. NOAA hide caption 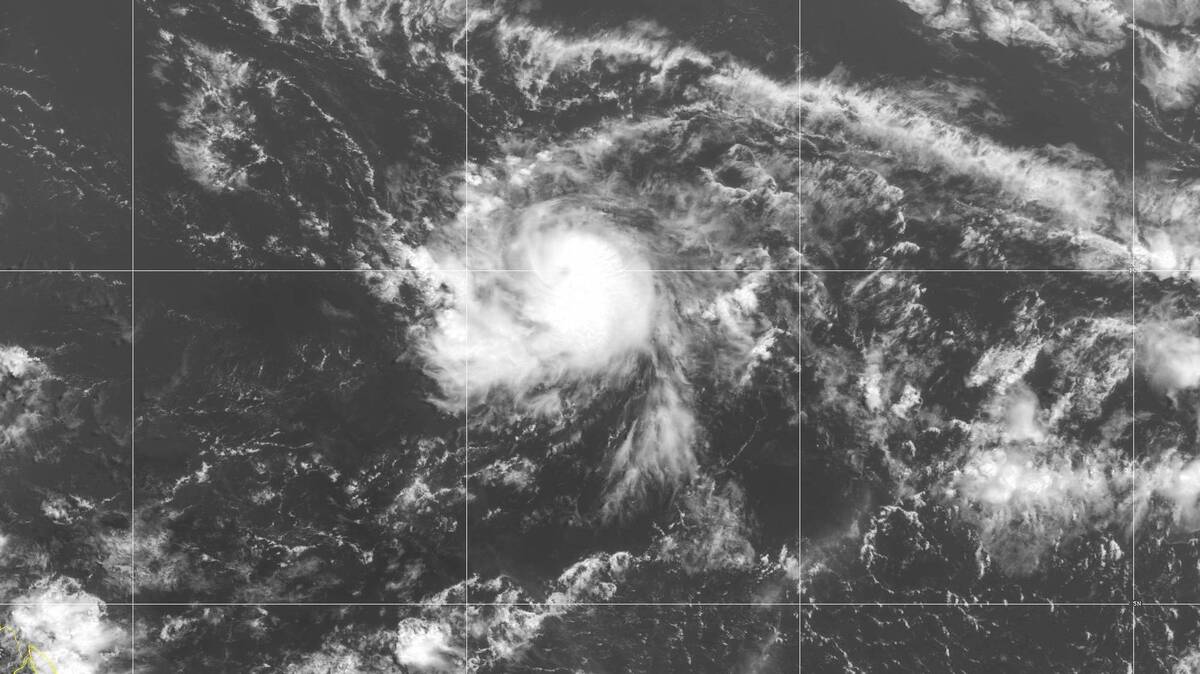 Tropical Storm Gonzalo has formed in the central Atlantic Ocean and is the earliest "G" storm on record.

The tropics have had their busiest start ever and, for now, show no signs of slowing down. On Wednesday, the National Hurricane Center said Tropical Storm Gonzalo had formed far out in the central Atlantic Ocean.

The system has sustained winds of 50 mph as it moves toward the Southern Windward Islands. Forecasters expect it to reach hurricane strength on Thursday.

It is the earliest date ever for a seventh-named Atlantic storm. Hurricanes and tropical storms are named each season in alphabetical order. (The previous earliest "G" storm was Gert, which formed on July 23, 2005.)

This season has set three other records with the earliest forming C, E and F storms. Typically, it's not until late August or early September that there have been this many named storms.

No storms this year have reached hurricane strength (sustained winds greater than 74 mph), but as NASA noted last week, the season is already trending above average. In a normal year, there are 12 named storms, and six of those reach hurricane strength.

A busy early season doesn't always translate into later hurricane activity, but this isn't shaping up to be a typical year. 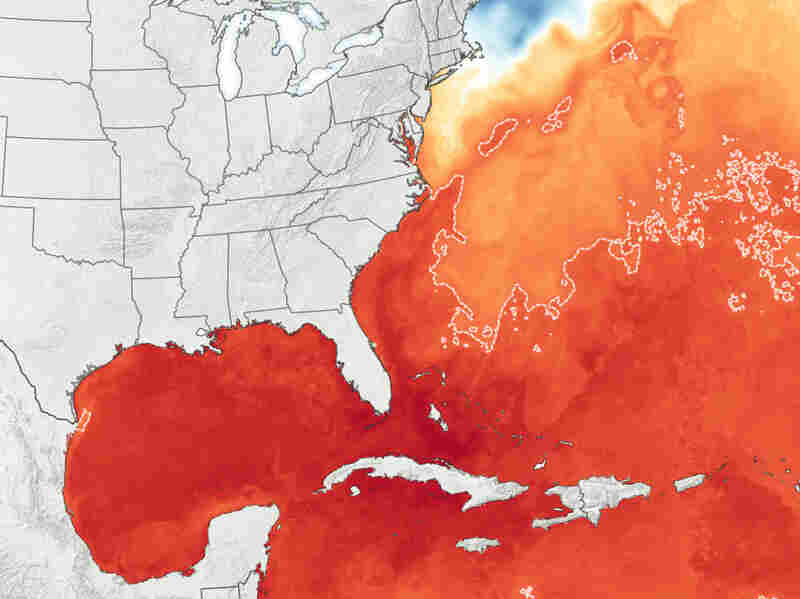 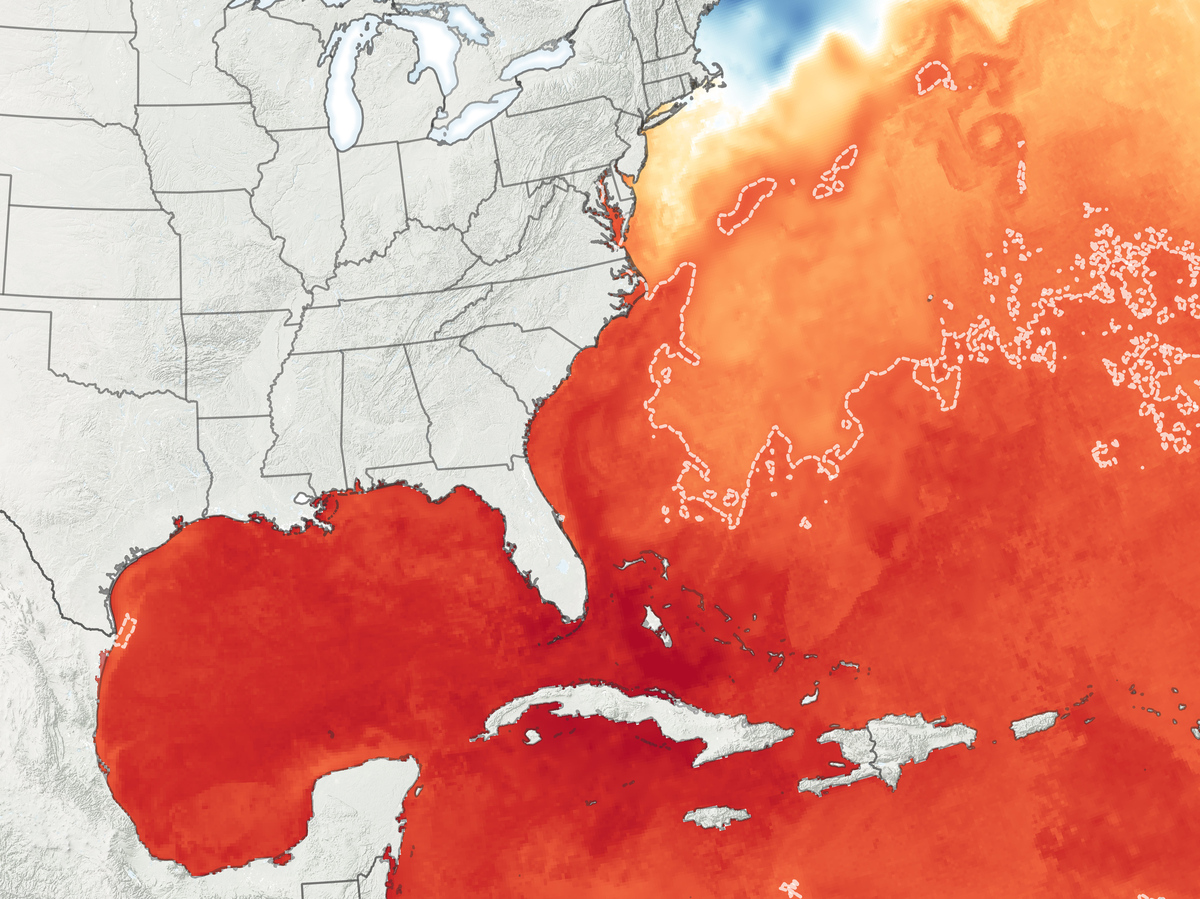 Water temperatures across huge swaths of the Atlantic have been abnormally warm — up to 1 or 2 degrees on average — in some areas. That acts as a powerful fuel for tropical systems.

Warmer water leads to more evaporation, which provides moisture and energy for storms to strengthen. Last year, there were a record five top-of-scale Category 5 storms, two in the Atlantic and three in the Pacific. Those included Hurricane Dorian, which devastated the islands of Abaco and Grand Bahama in the northern Bahamas with mammoth 185 mph winds.

As NPR reported in May, scientists say climate change is driving more extreme rain and causing sea levels to rise, which means storms of all sizes are more damaging than they used to be:

"Higher sea levels mean more storm inundation as a storm is approaching," says Gerry Bell, NOAA's lead hurricane forecaster. "The problem with that is our coastlines have built up tremendously over the last decades, so there [are] potentially millions more people in harm's way every time a hurricane threatens [to make landfall]."

Also complicating this year's hurricane season are concerns about the coronavirus pandemic and how that might complicate potential evacuations.