Accessibility links
U.S., U.K. Change Diplomatic Immunity Rules After British Man Was Killed The change in policy comes nearly a year after the death of Harry Dunn, a 19-year-old. The wife of a U.S. diplomat is accused of killing him as she was driving on the wrong side of the road. 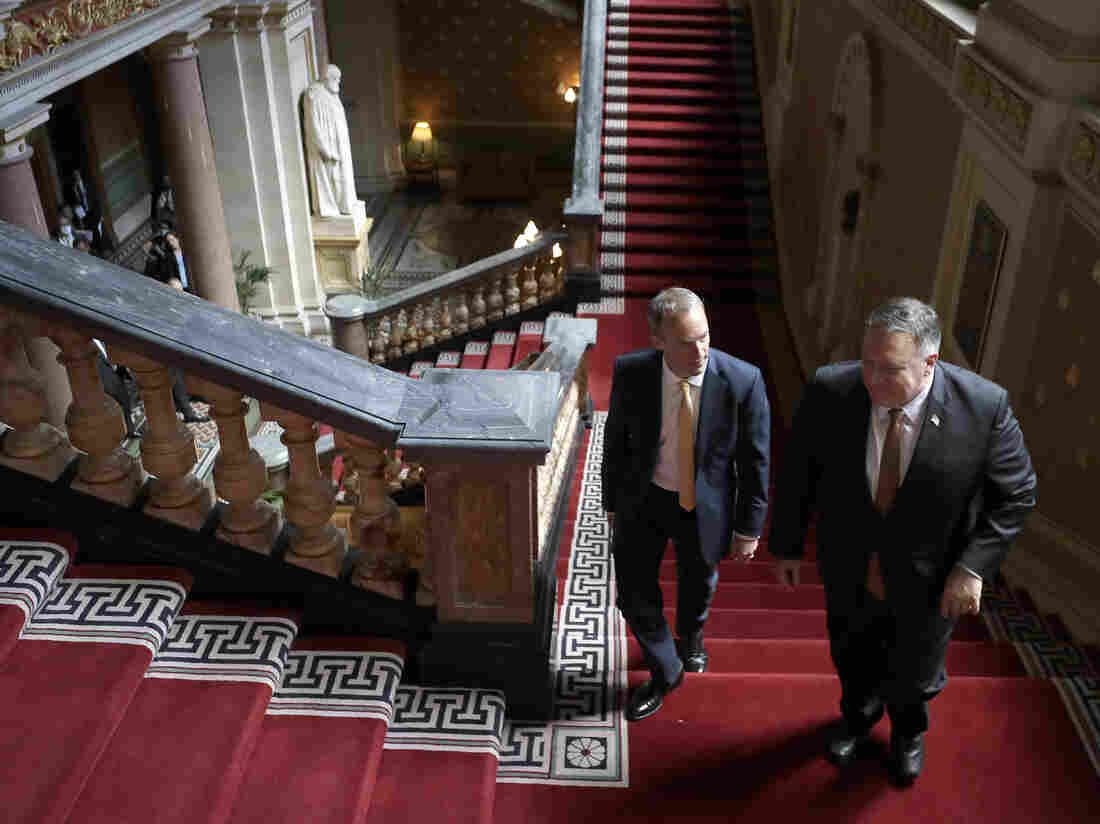 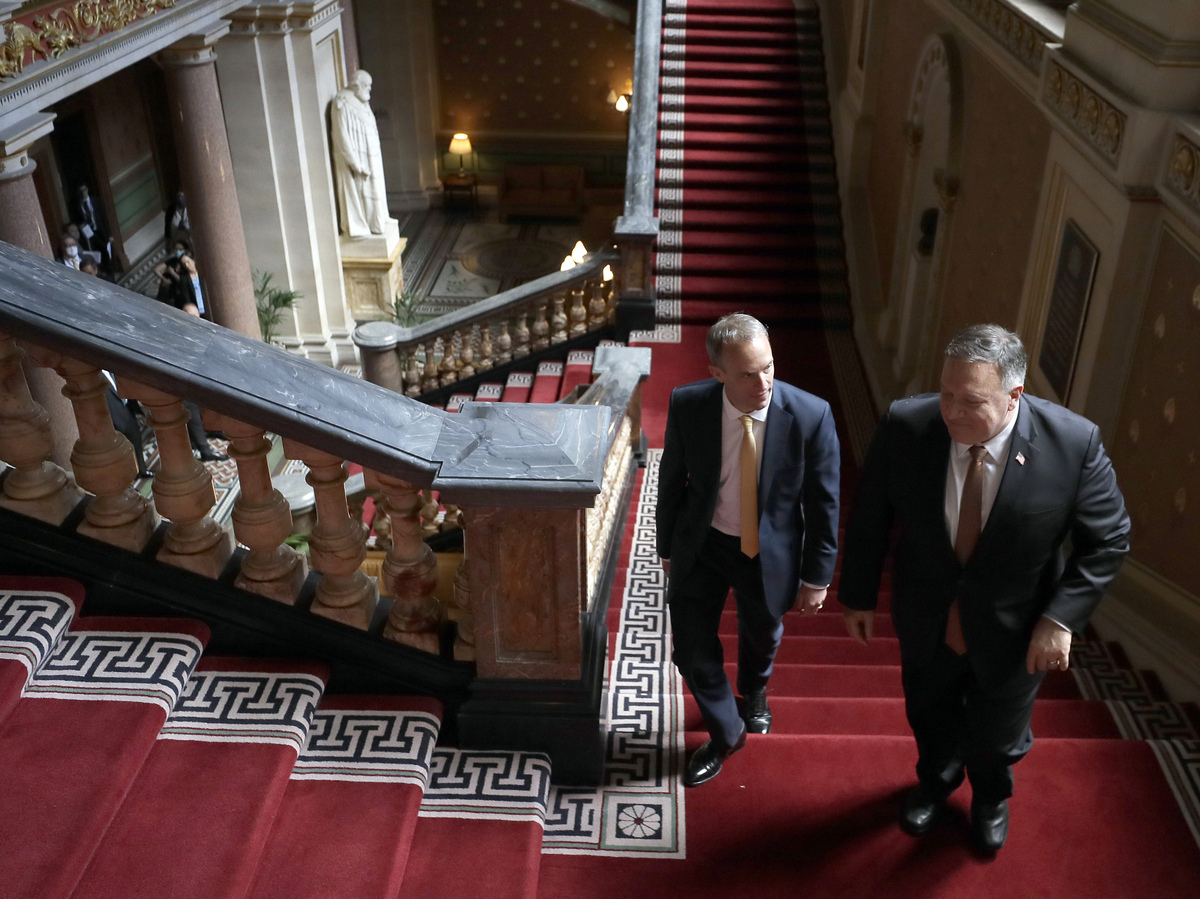 U.K. Foreign Secretary Dominic Raab, left, and U.S. Secretary of State Mike Pompeo walk up the stairs in the Foreign Office in London on Tuesday.

The U.S. and the U.K. have revised their diplomatic immunity rules, almost a year after the wife of a U.S. diplomat fled the country after allegedly killing a young man with her car.

The move, announced by U.K. Foreign Secretary Dominic Raab, is aimed at making it more difficult for the families of some diplomats to claim immunity.

Harry Dunn, 19, was struck by a car and killed last August while riding a motorbike in Northamptonshire, in central England.

Police say that Anne Sacoolas, the wife of a U.S. diplomat, hit the man while driving on the wrong side of the road after she left a nearby air force base. Sacoolas returned to the U.S. shortly after the incident, despite telling police she had no plans to leave the U.K.

After discussions with the U.S. State Department, the two countries agreed to revise the "immunity arrangements" at the Croughton Royal Air Force station annex for U.S. personnel and their families. Since 1995, diplomatic immunity hasn't applied to U.S. staff there outside of the course of their official duties. Now, that arrangement has been expanded to waive immunity for their family members as well, Raab said in a statement.

This ends "the anomaly in the previous arrangements" and allows for criminal prosecution of family members "should these tragic circumstances every arise again," Raab said.

"We have the deepest sympathy for Harry Dunn's family," the statement continued. "No family should have to experience what they have gone through and I recognise that these changes will not bring Harry back. However, I hope that the knowledge that the Croughton arrangements have been revised and that a family in their position would now see justice done brings some small measure of comfort."

The State Department confirmed the revised arrangement. "The United States has extended pre-emptive, limited waivers of certain diplomatic immunities pertaining to the staff of the Embassy office in Croughton and their family members for acts performed outside the course of official duties that occur on or after July 20, 2020," a spokesperson told NPR. "This arrangement is a reflection of our especially close relationship with the government of the United Kingdom."

The date of the changes means that they would not appear to apply retroactively to Sacoolas.

Dunn's death drew international media coverage, and caught the attention of the leaders of both countries. Prime Minister Boris Johnson raised the issue with the U.S. ambassador to the U.K. President Trump met with Dunn's parents, and also offered to introduce them to Sacoolas, who admitted that she was driving on the wrong side of the road when she collided with Dunn.

In January, the State Department refused a request from London to hand Sacoolas over, saying in a statement that she had "immunity from criminal jurisdiction."

But the Dunn family says it will keep up the pressure to bring Sacoolas before a U.K. court. Charlotte Charles, Dunn's mother, told the BBC that "we always live with hope that one day she might just decide of her own accord to put herself on a plane and come back over here."