Accessibility links
China Launches Mars Probe Carrying A Rover Bound For The Red Planet Tianwen-1, which combines an orbiter, lander and rover in a single shot, would be China's second attempt to reach the red planet after a 2011 mission failed. 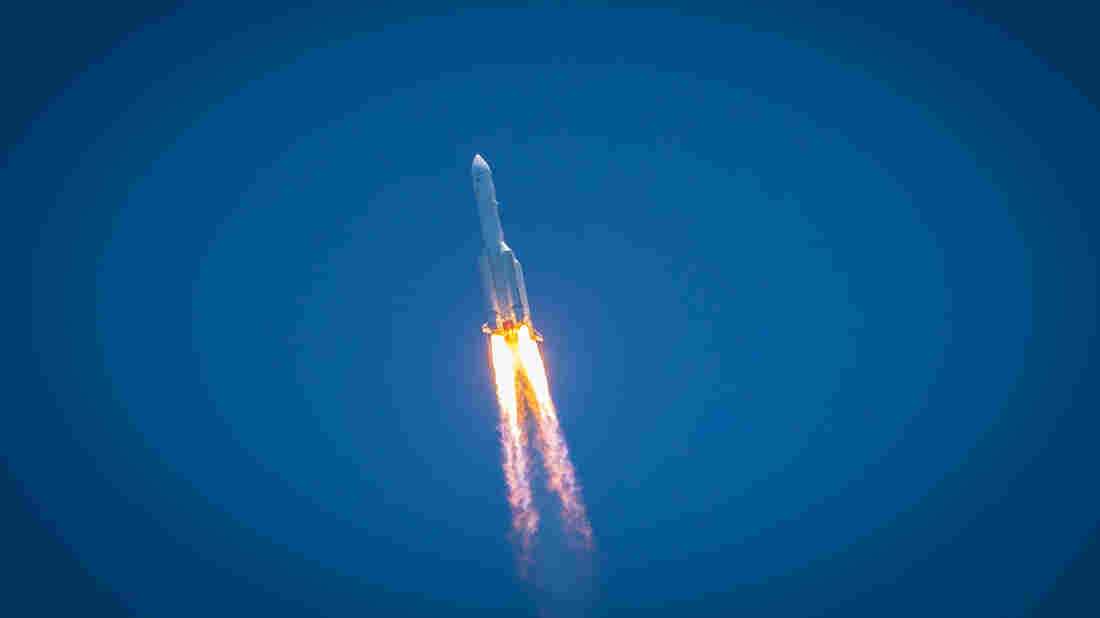 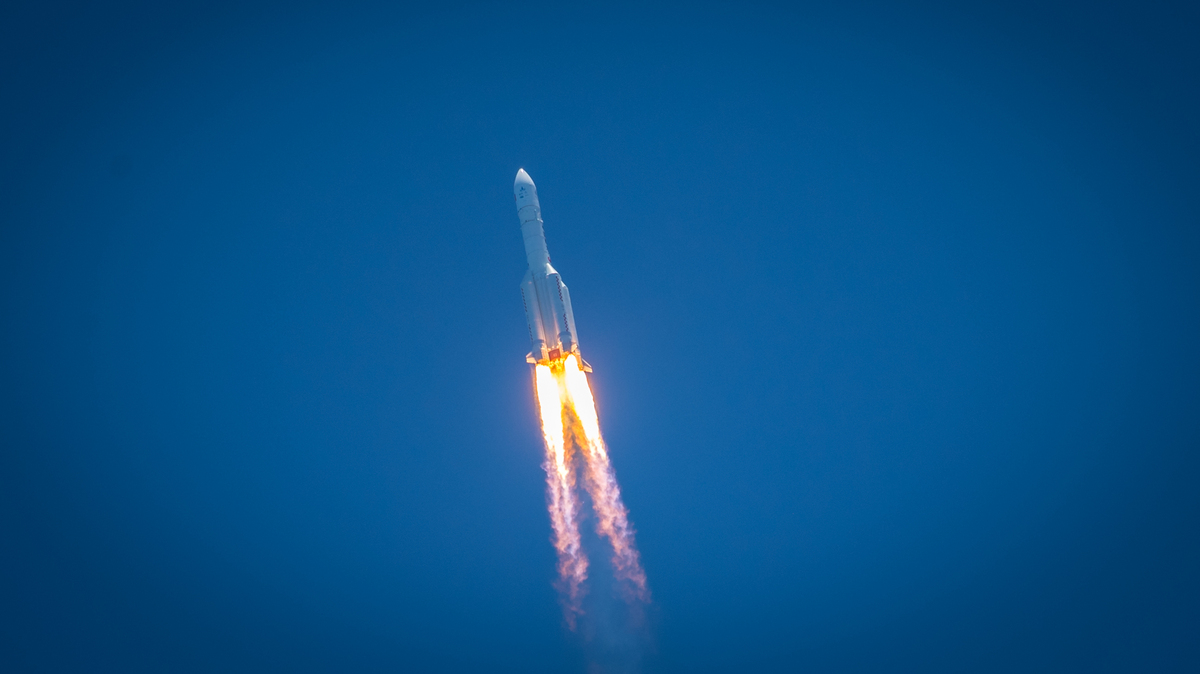 The Tianwen-1 Mars probe launches successfully from the Wenchang Spaceport on Hainan Island, China, on Thursday.

A heavy-lift Long March-5 roared off a launch pad on Hainan Island on Thursday carrying China's hopes for its first successful Mars mission — an ambitious project to send an orbiter, lander and rover to the red planet in one shot.

If everything goes according to plan, Tianwen-1 will be China's first successful mission to Mars, after a previous attempt failed in 2011 — gaining it membership in an elite club, including only the U.S. and Russia, of nations that have successfully landed on the planet. (Even so, the Soviet Union's Mars 3 lander, which touched down in 1971, transmitted for mere seconds before contact was lost.)

#Tianwen1, #China's first #Mars probe mission, if successful, would also mark a first in human history as it aims to achieve orbiting, landing and roving all in one go. pic.twitter.com/kzCBMIpJqx

Within 45 minutes, launch commander Zhang Xueyu announced to a cheering control room that the spacecraft had "accurately entered the scheduled orbit."

Earlier this month in Nature Astronomy, members of the mission team detailed their objectives for the spacecraft.

"Tianwen-1 is going to orbit, land and release a rover all on the very first try, and coordinate observations with an orbiter. No planetary missions have ever been implemented in this way," they said.

The goals of the mission are to map surface geology, examine soil characteristics and water distribution, measure the Martian ionosphere and climate and study the planet's magnetic and gravitational fields.

The package of multiple spacecraft will take the next approximately seven months getting to Mars. The lander is scheduled to touch down in April in the planet's largest impact basin, Utopia Planitia — the same general area where the U.S. Viking 2 landed in 1976.

The solar-powered rover will be deployed sometime after that. It is scheduled to spend about 90 Martian days (each about 40 minutes longer than an Earth day) exploring the surface.

It's A Good Time To Head To Mars

The launch of Tianwen-1 comes days after the United Arab Emirates launched its own probe to Mars — a first for the Middle Eastern country. Within the next few weeks, the U.S. — which has more than 20 successful missions since its first attempt to reach Mars in 1964, will also launch another mission to the red planet, called Mars 2020, carrying its latest rover, Perseverance.