Accessibility links
RNC Mostly Canceled Due To Coronavirus Surge in Florida Delegates to the convention will still meet in North Carolina as planned, but Trump's keynote Jacksonville speech will no longer take place. 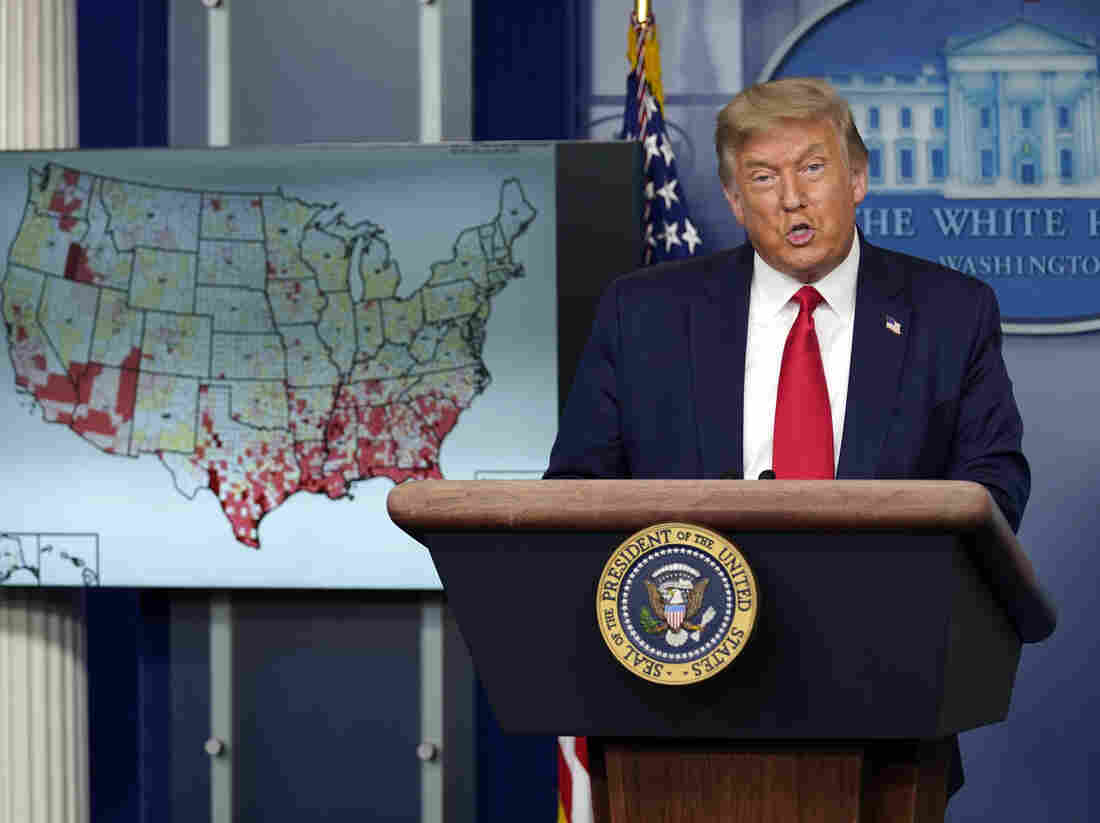 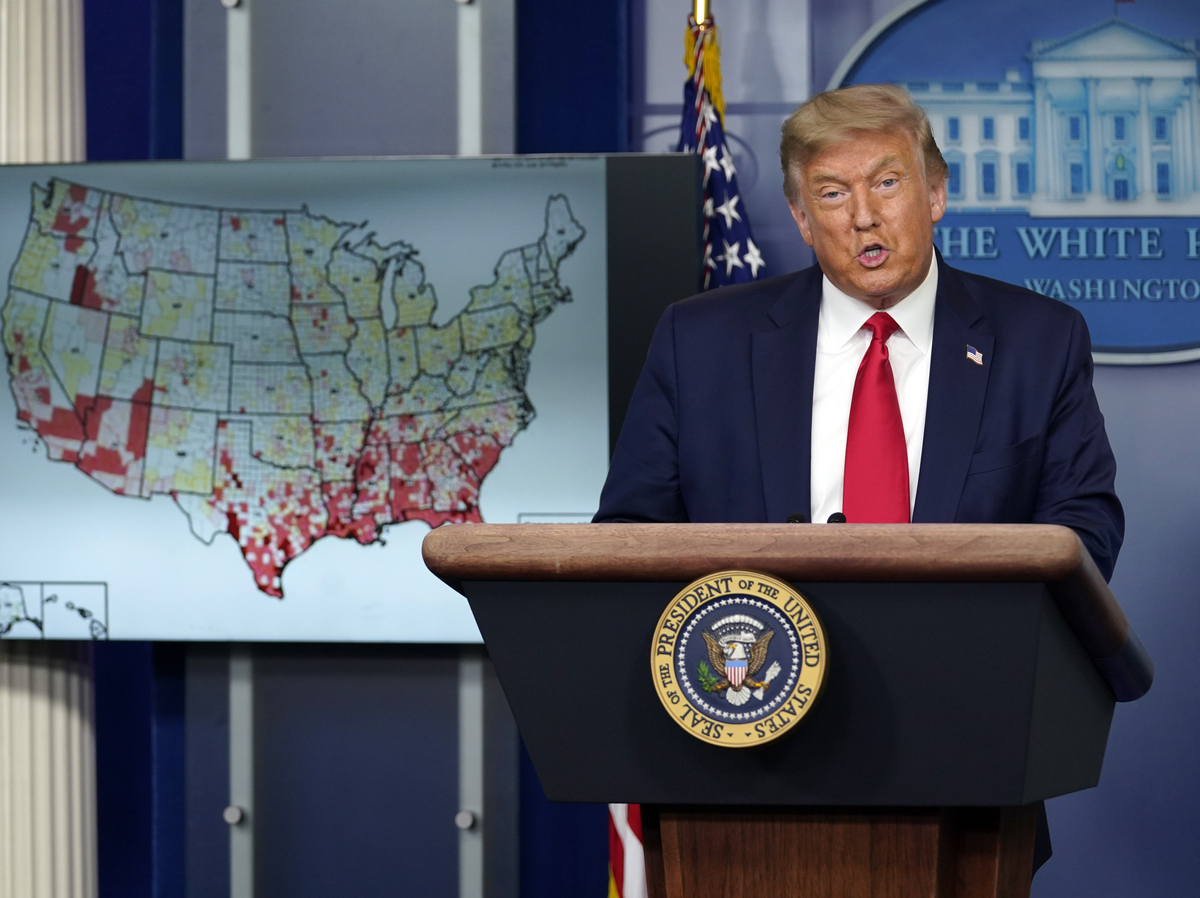 President Trump speaks during a news conference Thursday at the White House.

The Jacksonville, Fla., component of the Republican National Convention has been canceled, President Trump announced on Thursday, as cases of the coronavirus continue to spike across that state.

"I looked at my team and I said the timing for this event is not right. It's just not right with what's been happening," Trump said at the daily coronavirus briefing.

"They said 'Sir, we can make this work very easily.' ... I said there's nothing more important in our country than keeping our people safe, whether it's from the China virus or the radical left mob."

Trump's last-minute decision to cancel the event follows a mad scramble by the Republican Party over the last few months to try and hold a conventional party gathering in spite of the ongoing pandemic that has already killed more than 140,000 Americans.

Delegates to the convention will still meet in Charlotte, N.C., to hold small, formal business meetings as planned, but Trump's keynote Jacksonville speech will no longer take place.

Charlotte had been the original location for the convention in its entirety. But a public spat between Trump and N.C. Gov. Roy Cooper over the rationale of holding a multi-thousand person event during a pandemic led the GOP last month to move the higher-profile components of the convention to Trump's home state of Florida.

"I could see the media saying 'Oh, this is very unsafe.' I don't want to be in that position," Trump said.

"We have to be vigilant. We have to be careful. And we also have to set an example. I think setting the example is very important. It's hard for us to say we're going to have a lot of people packed in a room and then other people shouldn't do it."

Trump said the party was still deciding how to conduct some form of the Aug. 24-27 event.

"We'll have a very nice something. We'll figure it out. It'll be online in some form. Maybe it'll be something even a little bit different. We have time," he said.

The president said that Florida officials had not asked him to cancel the convention. A joint statement by Jacksonville Mayor Lenny Curry and Duval County Sheriff Mike Williams thanked Trump for calling it off.

"We appreciate President Donald Trump considering our public health and safety concerns in making this incredibly difficult decision. As always, in Jacksonville, public safety is our number one priority. President Trump has once again reaffirmed his commitment to the safety of Jacksonville, Florida, and the people of the United States of America."

Sheriff Williams had on Monday said his officers would be unable to provide security for the event, citing poor planning and a lack of funding.

A Thursday Quinnipiac University opinion poll of Florida voters shows that 62% of respondents thought it would be unsafe to hold a convention in the state, compared with 34% who thought it could be managed safely.

Democrats had already cancelled most of the public aspects of their August convention, in which presumptive nominee Joe Biden will formally accept his party's call to run against Trump. Their gathering will consist largely of virtual events, with a small number of people appearing in person in their host city of Milwaukee, Wis.