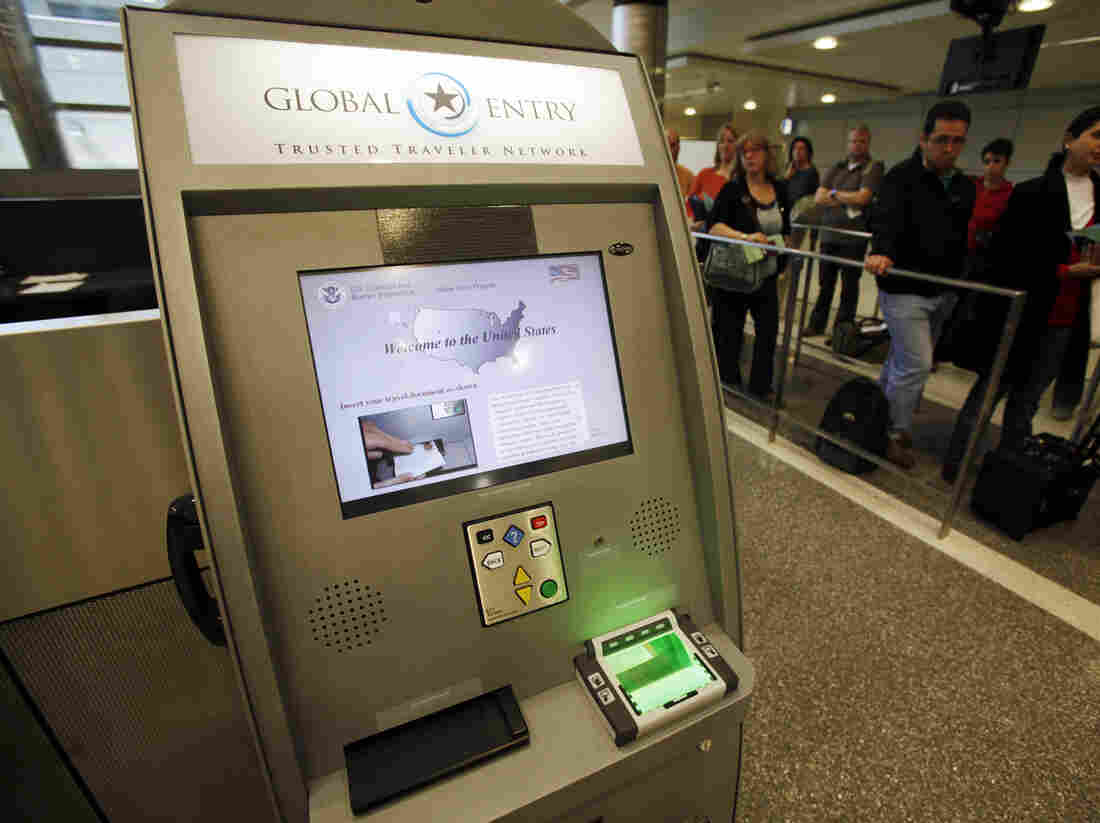 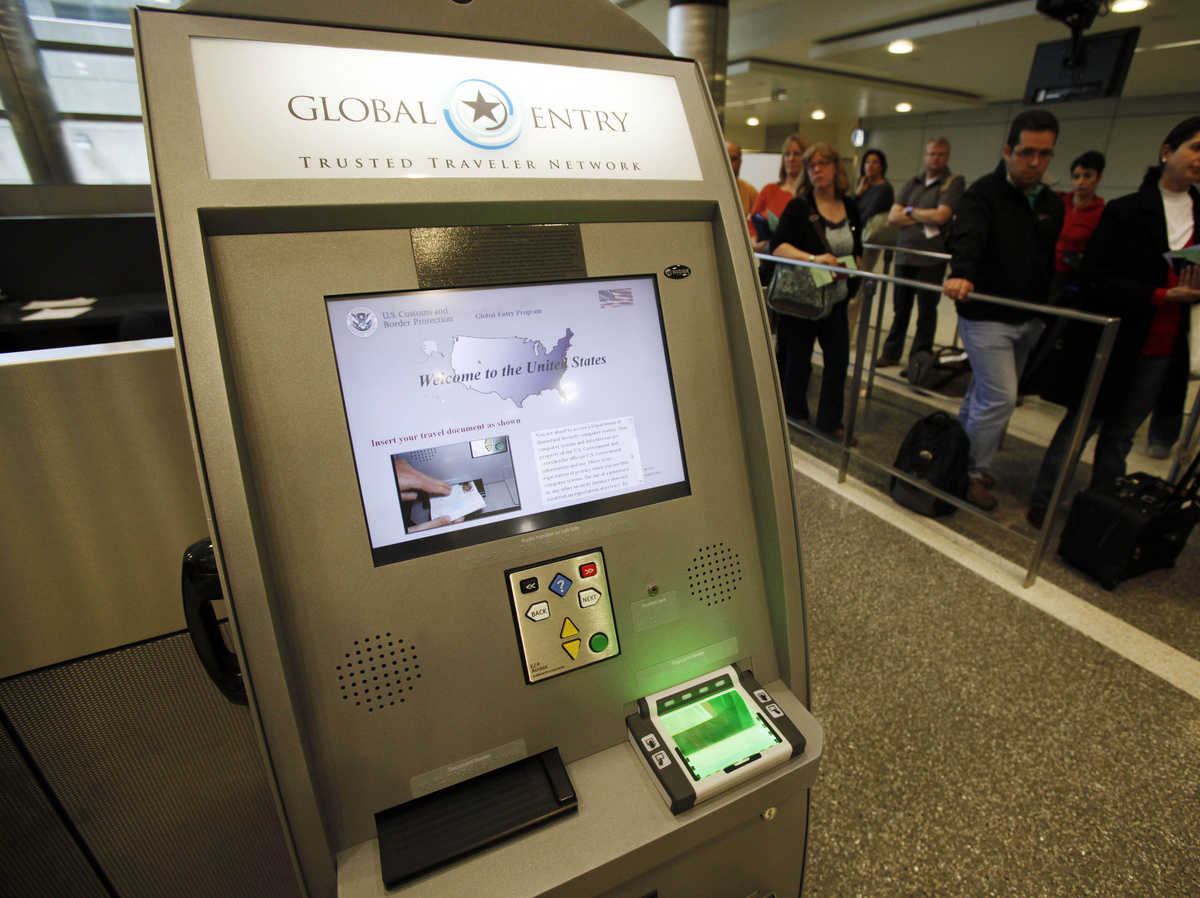 A Global Entry Trusted Traveler Network kiosk awaits arriving international passengers who are registered for the service at Los Angeles International Airport in 2010.

The White House is lifting a months-long ban on residents of New York state from taking part in a federal program to streamline passenger security checks at airports and international borders after the Department of Homeland Security admitted that it made false statements responding to a lawsuit brought by the state over the issue.

DHS said Thursday it was restoring the Trusted Traveler Program (TTP) after New York amended its "Green Light" law that went into effect in December, allowing undocumented immigrants to apply for driver's licenses.

The law had prevented the state's Department of Motor Vehicles from sharing information with immigration authorities unless ordered by a judge to do so. In banning New York from the TTP, the Trump administration argued that the state was endangering national security by refusing to share personal data for background checks and therefore could not be trusted to participate in the program.

However, other states and territories with similar laws had been allowed to continue their participation in the TTP.

In April, New York amended the law. DHS said the change allows record sharing with federal immigration authorities "as necessary for an individual seeking acceptance into a trusted traveler program, or to facilitate vehicle imports and/or exports," leading the agency to lift its ban.

After the federal ban went into effect, New York sued DHS and U.S. Customs and Border Protection, arguing that the policy would kick out 175,000 New Yorkers whose enrollment in the TTP expires at the end of this year, as well as 80,000 others with pending applications.

In a filing related to the suit late Thursday, the U.S. Attorney's Office in Manhattan acknowledged that, in effect, New York had been singled out.

The filing said DHS and U.S. Customs and Border Protection "deeply regret the foregoing inaccurate or misleading statements and apologize to the court and (New York) for the need to make these corrections at this late stage."

It further acknowledged that the false information had undermined its own argument that it "is not able to assure itself of an applicant's low-risk status because New York fails to share relevant DMV information" and that as a result, Acting Secretary of Homeland Security Chad Wolf "has decided to restore New York residents' access to" the program, "effective immediately."

In the DHS statement, Wolf said the department appreciates the information-sharing now possible with the amended law. "Nonetheless, local New York law continues to maintain provisions that undermine the security of the American people and purport to criminalize information sharing between law enforcement entities."