Accessibility links
New Orleans Musician Offers Kids Trumpets In Exchange For Their Guns Musician Shamarr Allen is offering youth trumpets and music books in exchange for guns — no questions asked. He hopes the instrument will impact kids in New Orleans today the way it did for him. 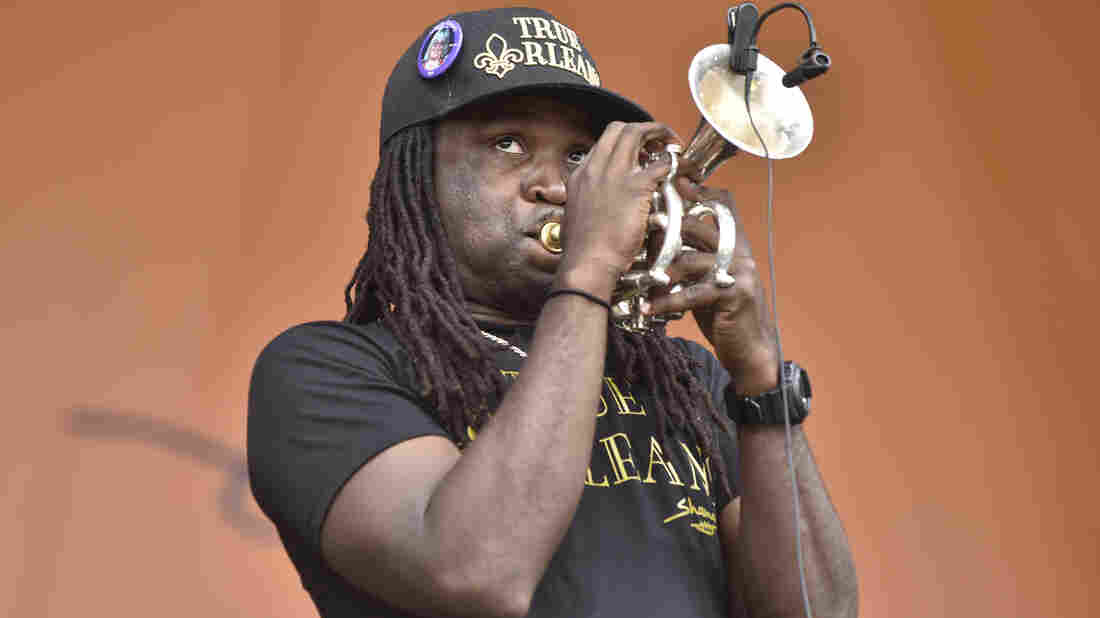 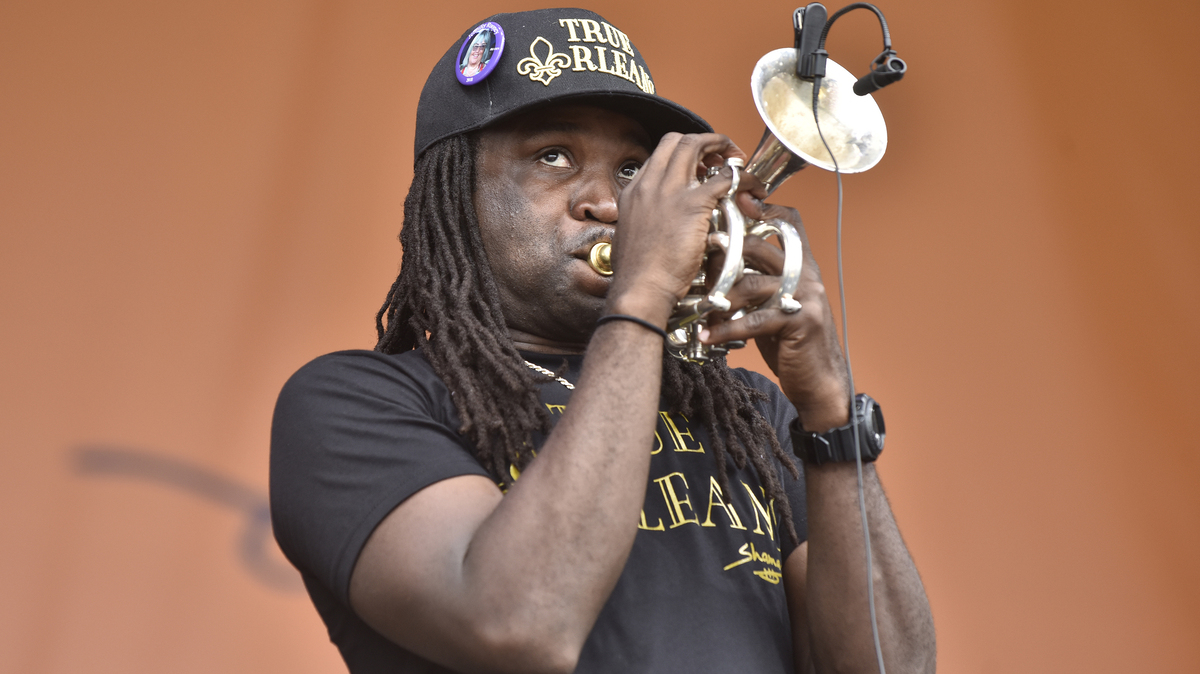 New Orleans trumpeter Shamarr Allen wanted to find a way to get guns out of kids' hands, so he turned to what he knows best: music. He recently created a gun-for-trumpet exchange program — called Trumpet Is My Weapon — and has so far collected four guns that he turned over to police.

"I had some trumpets lying around, and I know for me, the trumpet saved me," he says.

Allen, who's from the city's Lower Ninth Ward, started the program after learning about Devante Bryant, 9, was fatally shot in front of his 7th Ward home earlier this month.

"I have a nine-year-old son, so for me it just hit me different," Allen says.

So he posted on social media: "To all the youth in New Orleans, Bring me a gun and I'll give you a trumpet no questions asked."

Allen says it is important to him that the kids who come to his exchange feel safe.

"I wanted to build a relationship and trust with the kids so that they wouldn't have to worry about getting in any trouble," he says.

The musician called New Orleans Mayor LaToya Cantrell, who connected him to Shaun Ferguson, the chief of police. Allen said that for the program to work, the police couldn't ask him any questions about who gave him the guns — and he wouldn't ask the kids any questions either.

"I said 'Listen, I have a different connection with these kids because I grew up like them, I know what they're going through,' " Allen says. "They aren't bad kids, they're just dealt into bad circumstances."

Allen says the police agreed to take the guns from him without asking for details; they just want the guns off the streets.

"People don't understand that these kids are trying and wanting to do other things," Allen says. "But there's just nothing for them to do."

For his very first exchange, Allen collected a fully loaded gun from a young girl. He said it opened his mind.

"I would never suspect that she would have [a gun]. And she was the most excited about getting [a trumpet]," Allen says.

He also gave her contact information of local musicians who have volunteered to give the kids free music lessons.

Allen has exchanged all the trumpets he had to trade, and he says he knows more kids want to participate. So he started an online fundraiser, and in just a week, he has raised more than $26,000 for music supplies. People have also donated instruments.

"The trumpet was the first thing that showed me, 'Oh I really don't have to be here. It's really a whole other world out here,' " Allen says.

And he hopes the instrument will have a similar impact for kids in New Orleans today.

"So if I can create those little opportunities for one or two or three of them, they can actually bring that back to their neighborhood and do it all over again," he says.