Accessibility links
Padma Lakshmi Plays 'Not My Job' On 'Wait Wait... Don't Tell Me!' Model, actor and author Padma Lakshmi has been a judge on Top Chef for nearly 15 years. Her latest project is a Hulu series called Taste the Nation. 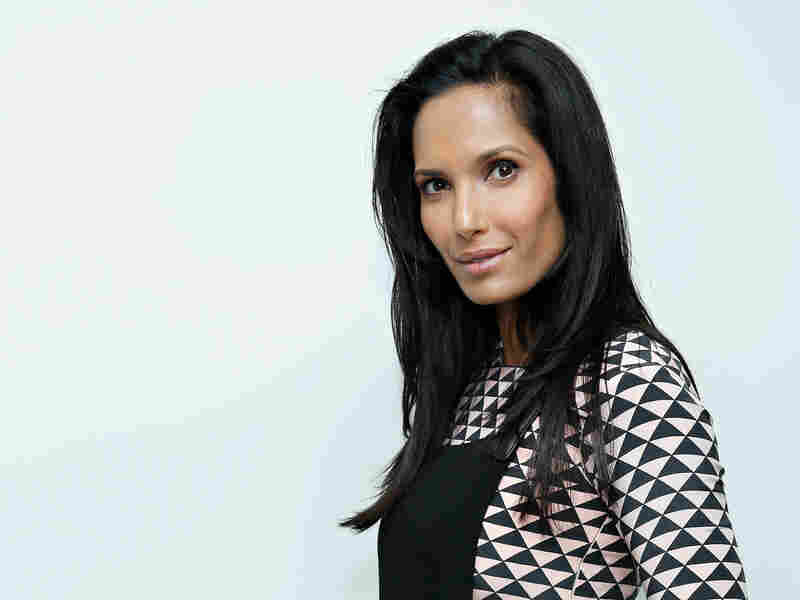 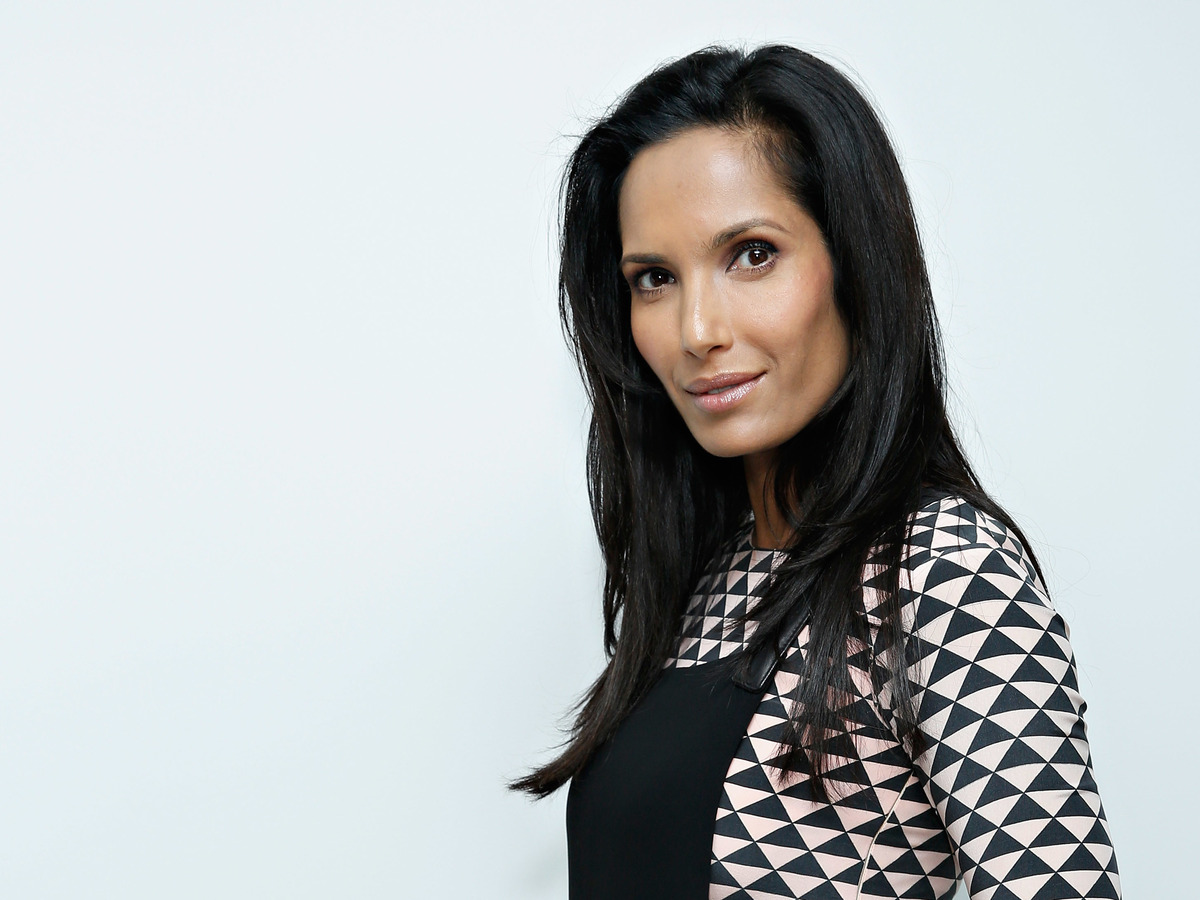 Model, actor and author Padma Lakshmi has a new series on Hulu called Taste the Nation, which explores how American cuisine is influenced by many different cultures. She's been a judge on Top Chef for nearly 15 years, so we've invited her to play a game called "Top Chef, meet top ref." Three questions about sports referees.

And now the game where people who do amazing things try out the mundane for once. It's called Not My Job. So Padma Lakshmi is a model, actor and author. But mostly, she's famous for doing one thing better than anyone else, and that is eating. She's been a judge on "Top Chef" for more than 15 years. She recently released a series on Hulu called "Taste The Nation," where she travels the country to try different kinds of American cuisine.

PADMA LAKSHMI: Thank you. I'm really glad to be here.

SAGAL: That was sort of a joke, but I'm told that you actually do have a superpower - that you're a super taster, I was told?

LAKSHMI: Yes. Yeah, I mean, it sounds more impressive than it is. It's like, you know, the human version of when dogs can hear whistles that humans can't.

LAKSHMI: Yes, I did. I don't know about special. But, definitely, my family thought I was weird or strange because even when I was a toddler, I really enjoyed very spicy foods and, you know, very spicy for Indian cuisine. And so I would always seek out really spicy pickles and chilies in my grandmother's kitchen. And they kept moving those jars higher and higher on the pantry shelves. And then I would just climb them like a monkey. And, basically, you know, one time, I was there, and I - the glass was oily. And it slipped from my hand, and it fell. And I was just hanging there for a really long time because if I jump down, I would have jumped onto glass and oil. And, you know, my aunt saved me, but I've always had a very keen sense of taste and smell, which is not always great if you're dating me.

SAGAL: We were talking earlier on the show about what we've been eating during the pandemic. How have you been doing? Have you been cooking at home? I assume you're quite a good chef.

LAKSHMI: Yeah, I was cooking at home. In fact, I was cooking five minutes ago, you know? The first thing I did in pandemic was go out and buy, like, 25-pound bags of rice and lentils, whereas, you know, my daughter was hoarding Cheerios, and my partner was hoarding weirdly dried apricots and peanut butter. And we still have, like, 47 boxes of cereal. And I'm pushing the cereal. I'm pushing an all-carb diet 'cause I need space in my pantry.

SAGAL: Is it possible that he got, like, the dried apricots and peanut butter 'cause he thought it might make him smell a little better?

LAKSHMI: One can hope.

SAGAL: I consider myself a decent cook, but I've gotten so bored with my own cooking. I just can't think of anything that interests me to eat anymore. I'm like - can they invent a new animal or something? Just...

LAKSHMI: I get sick of my own cooking. Believe me, you know? The other day, I was like - can somebody else cook, please?

PETER GROSZ: Your daughter is like, I'm going to make a Cheerios casserole that you are going to love.

SAGAL: It's topped with dried apricots.

SAGAL: You must have been, at some time in your career, in a situation where somebody lovely who you love has made you some dish, and it's terrible. And you're not going to tell them that. What do you say?

SAGAL: Oh. If she's an older Jewish woman, she absolutely does. I'm sorry.

SAGAL: So I wanted to talk to you about your show "Taste The Nation," which is awesome. You travel the country, and you immerse yourself for the episode in various communities and talk about their food as part of their culture. And it's great. What do you do if you're eating somebody's cooking and you really don't like it?

LAKSHMI: On this show, because I've created the show and I'm choosing where to go, I'm going there for a particular reason. I have to say, though, in the Native American episode...

LAKSHMI: ...I was very nervous. I was kind of shaking in my boots about that pack rat. It was my first rodent.

LAKSHMI: I've never had anything like it. I've eaten a lot of funky stuff over the years as you can imagine. I had pack rat glazed with a sumac agave sauce, and it was divine. We're going to have it for Thanksgiving if I can catch it.

SAGAL: (Laughter) That'll be traditional, it being in...

GROSZ: You should have your in-laws over and have it for Passover.

SAGAL: You should describe a pack rat for everybody, Padma.

LAKSHMI: A pack rat is a very small desert animal. It nests in bushes. It has a tail. It's furry. You need about eight of them to be full if you're just eating the legs. I can tell you this from personal experience now. And you know when it's done because you boil it until the tail falls off.

SLOAN: My aunt had possum for Thanksgiving one year. And you just go in the kitchen. It was just a skinned possum in the sink. And I was just like, OK.

SAGAL: I don't know anything about your personal life nor do I want to pry, but the one thing I would guess could break up a relationship between a Jew and a non-Jew was Manischewitz Wine. Like, you drink this stuff?

LAKSHMI: I got to tell you - at that first Passover dinner...

LAKSHMI: ...The way the food was, I was begging for a goblet of Manischewitz to wash it down.

GROSZ: Yeah, when someone says pass the Manischewitz, you're like, you must hate my food.

SAGAL: (Laughter) Well, Padma Lakshmi, it is a delight to talk to you. But we have invited you here to play a game we're calling...

SAGAL: So you know and work with the best chefs in the world. What do you know of the top refs? We're going to ask you three questions about sports referees Answer two, correctly, and you'll win our prize for one of our listeners - the voice of anyone they may choose for their voicemail. Bill, who is Padma Lakshmi playing for?

SAGAL: All right. One of the pioneers of refereeing was hockey ref Fred Waghorne, who was responsible for what important innovation in refereeing? Was at, A, he introduced the striped uniform because, quote, "I find it quite slimming"; B, he was the first ref to eject a player by picking him up and carrying him off the rink; or, C, he was the first ref to introduce whistles to the game to replace the traditional referee's cowbell.

LAKSHMI: I'm going to say he introduced the whistle.

SAGAL: You're exactly right, Padma. That's what he did.

SAGAL: Apparently, at that point, referees used cowbells to indicate, like, the start and stop of play, and fans started bringing their own cowbells to confuse them. So he said, aha, nobody else will have a whistle. All right. Next question. Joey Crawford is a legendary referee in the NBA, but he was suspended for part of a season because he did what - A, he grabbed the ball from Chris Paul after Paul missed two free throws and said let me show you how to do it; B, he challenged Tim Duncan, who was sitting on the bench, to a fistfight; or, C, he called a technical foul on Steph Curry just because his drooling mouth guard was really gross?

LAKSHMI: Wow. I'm going to say the first one.

SAGAL: You're going to say the first one, that he walked up to Chris Paul, took the ball and said let me show you how to do it after Paul missed some free throws?

SAGAL: No, it was actually number two. He did challenge Tim Duncan to a fistfight. This was after he had already called two technical fouls on Duncan for laughing at him.

LAKSHMI: It's all bad.

SAGAL: But this is not for you because there's one more question. If you get this right, you win.

SAGAL: NFL referees went on strike right before the 2012 season, resulting in the league bringing in replacement refs who were not very good. In fact, one of those refs had done what before he got his chance at the NFL - A, he had his driver's license revoked because of his poor eyesight; B, he applied to be a ref in the English Football League 'cause he didn't know they meant soccer; or, C, he had been fired from the Lingerie Football League for incompetence?

LAKSHMI: (Laughter) OK. Is there a lingerie league? I think you guys made that up.

SAGAL: No, there really is a Lingerie Football League.

GROSZ: It's not men. This is going to shock you, but it's not men playing football in lingerie.

LAKSHMI: Well, you know, there you go for misogyny. The men get to have all this padding, and we don't...

LAKSHMI: I'm going to go with number one.

SAGAL: You're going to go with number one, that he had his driver's license revoked, that he was so blind that they actually took away his license to drive? And yet he got a job refereeing in the NFL. OK.

SAGAL: It's actually number three. It was the Lingerie Football League.

SAGAL: In fact, there was an entire crew of referees from the Lingerie Football League who ended up in the NFL and were blamed for some of the worst things that happened during that brief period of time. Bill, how did Padma Lakshmi do on our quiz?

KURTIS: Padma got - technically, she got one out of three. But let's give her an extra point for bringing such spice to our show.

KURTIS: You're a winner, Padma. Thank you.

GROSZ: There you go.

SAGAL: Padma Lakshmi's new show is "Taste The Nation" on Hulu. It's wonderful. But warning, it will make you hungry for food that's hard to get right now. Padma Lakshmi, thank you so much for joining us on WAIT WAIT... DON'T TELL ME. An absolute joy to talk to you. Thank you so much.

LAKSHMI: Thank you guys for having me on. I'm such a huge fan of the show. You give me great joy. I'm going to go back to cooking my chicken.

(SOUNDBITE OF SONG, "WHAT'S THAT COOKIN'")

SAGAL: In just a minute, just when you thought it was safe to go back into limericks, call 1-888-WAIT-WAIT to join us on the air. We'll be back in a minute with more of WAIT WAIT... DON'T TELL ME from NPR.