Accessibility links
Pro-Trump Super PAC Returns Donation From Earl Holt III The Committee To Defend The President returned a $1,000 contribution to Earl Holt III, whose racist writings were cited by the white man who shot nine Black parishioners in Charleston, S.C., in 2015. 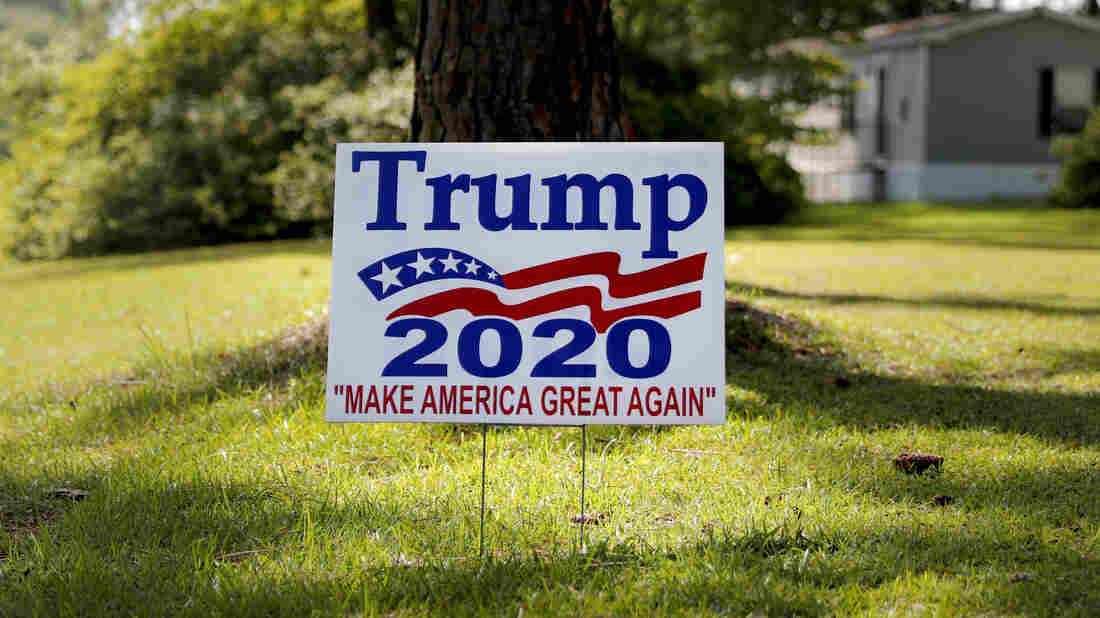 The Committee to Defend the President, a super PAC supporting President Trump's 2020 reelection bid, returned a donation from Earl Holt III, a white nationalist whose racist writings were linked to the perpetrator of the 2015 shooting of nine Black parishioners at Mother Emanuel AME Church in Charleston, S.C. David Goldman/AP hide caption 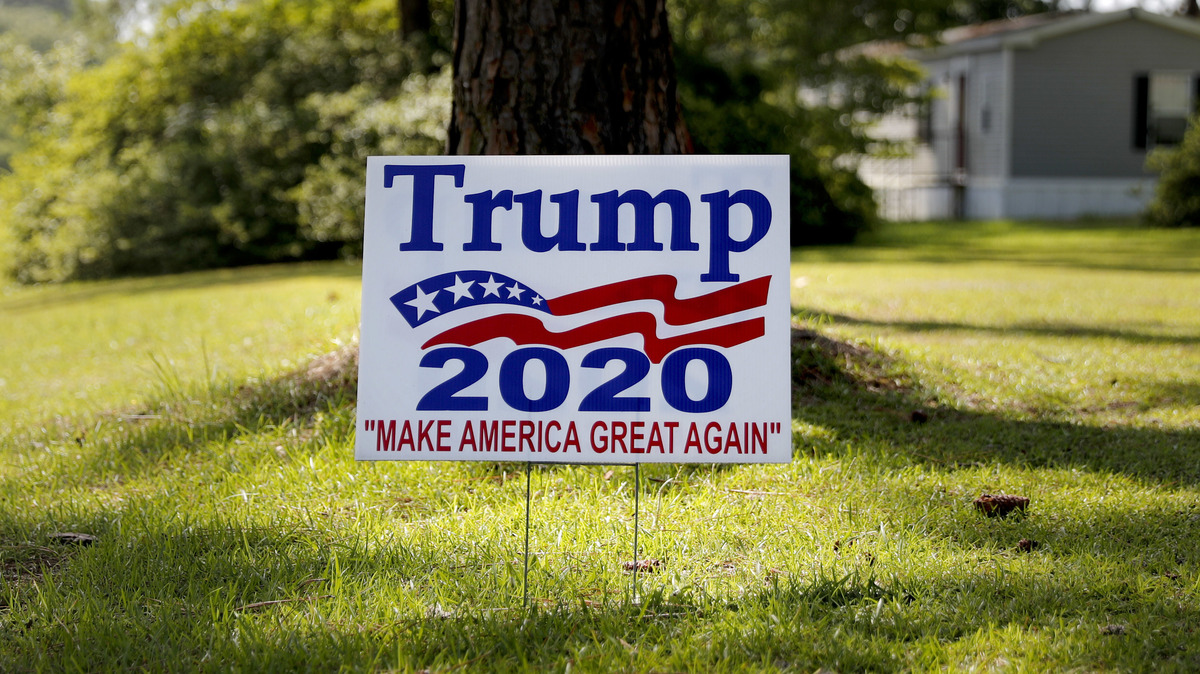 The Committee to Defend the President, a super PAC supporting President Trump's 2020 reelection bid, returned a donation from Earl Holt III, a white nationalist whose racist writings were linked to the perpetrator of the 2015 shooting of nine Black parishioners at Mother Emanuel AME Church in Charleston, S.C.

The Committee To Defend The President, a pro-Trump super PAC, is returning a $1,000 political contribution from Earl Holt III, a white nationalist whose racist web posts were cited by the white man who killed nine Black parishioners at a historic church in Charleston, S.C., in 2015. A lawyer for the super PAC quickly said the funds were being returned after the group was alerted to the donation by NPR.

"Thank you for bringing this to our attention," Dan Backer, the counsel representing the Committee to Defend the President, wrote in an email moments after speaking with NPR. "With hundreds of thousands of contributors, we were not aware of who this one was. My client has already refunded his contribution."

That refund won't show up in official records until the group files its July campaign finance report with the Federal Elections Commission next month.

Holt served on the St. Louis school board in the 1980s and ran as part of a slate of candidates who opposed busing. He was a local radio talk show host and has long been active in the Council of Conservative Citizens, which is the modern incarnation of groups formed to resist desegregation of the South. He has described their group as being part of a "white nationalist" movement, opposed to "race mixing," and in 2019 said their "mission is nothing less than the preservation of the white race, Western Civilization and even Christianity itself from the fools, trash, traitors and barbarians inside and outside the gates."

This helps explain why the pro-Trump super PAC moved so quickly to return his money.

"His statements, his writing, his activism have been among some of the most virulent, some of the most racist, homophobic, antisemitic," said Art Jipson, a professor of criminal justice and sociology at the University of Dayton who studies white racial extremism. "And the argument that Holt once made is that this is the rhetoric that it takes to get attention."

"Earl Holt opposed school integration and interracial marriage, despised MLK, used racist language to refer to Blacks, glorifies the Confederacy," said Brian Levin at the nonpartisan Center for the Study of Hate & Extremism. "He was responsible for mainstreaming efforts relating to white supremacist doctrines for decades, a loathsome person no serious candidate of any party should want to align themselves with."

The Committee To Defend The President has been running ads that accuse Trump's Democratic opponent, former Vice President Joe Biden, of racism. This includes an out-o- context accusation that he used the n-word. Biden was, in fact, reading someone else's words to expose their racism. Facebook has put a warning on the video saying it contains "partly false information" but the ads have gotten hundreds of thousands of impressions online.

"Black lives do matter, but not to Joe Biden," the committee wrote in a Facebook post. "He opposed integrating schools, jailed Black Americans, and went on record using racial slurs that we won't repeat here."

Over the past week the super PAC also spent about $70,000 to place similar ads on television stations in North Carolina, according to the tracking firm Ad Analytics.

The donation made in June was Holt's first campaign donation since 2015 when Republican candidates rushed to return his contributions after the mass shooting at Mother Emanuel Church in Charleston. Dylan Roof, who carried out the racist attack, cited Holt's writings on the Council of Conservative Citizens' website about "black on white" murder.

In 2015, Holt responded to the massacre in Charleston, saying his group was "hardly responsible for the actions of this deranged individual." Though Holt also stood by the writings on his group's website that inspired Roof.

At the time of the earlier donations, he was living in Texas and described himself as a "retired slumlord." The new contribution lists his address in Missouri, where Holt lived most of his life. A public records search shows both addresses linked to the same man, Earl P. Holt III.

It's not clear what prompted Holt to try making a campaign contribution again, five years after all his earlier contributions were returned. Attempts to reach Holt through two websites where he has previously posted statements were not successful.

"I don't know what accounts for the gap," Jipson said. But he says, over time, groups like Holt's Council of Conservative Citizens have sought to influence mainstream electoral politics by trying to give money to campaigns and causes.

"Politicians and parties tend to do the right thing and they return that money," said Jipson.