Accessibility links
Trump Bends To Reality, Buckles Under Political Pressure After months of denying the severity of the coronavirus pandemic, and with cases on the rise again and his poll numbers nosediving, Trump is doing an about-face on some key measures. 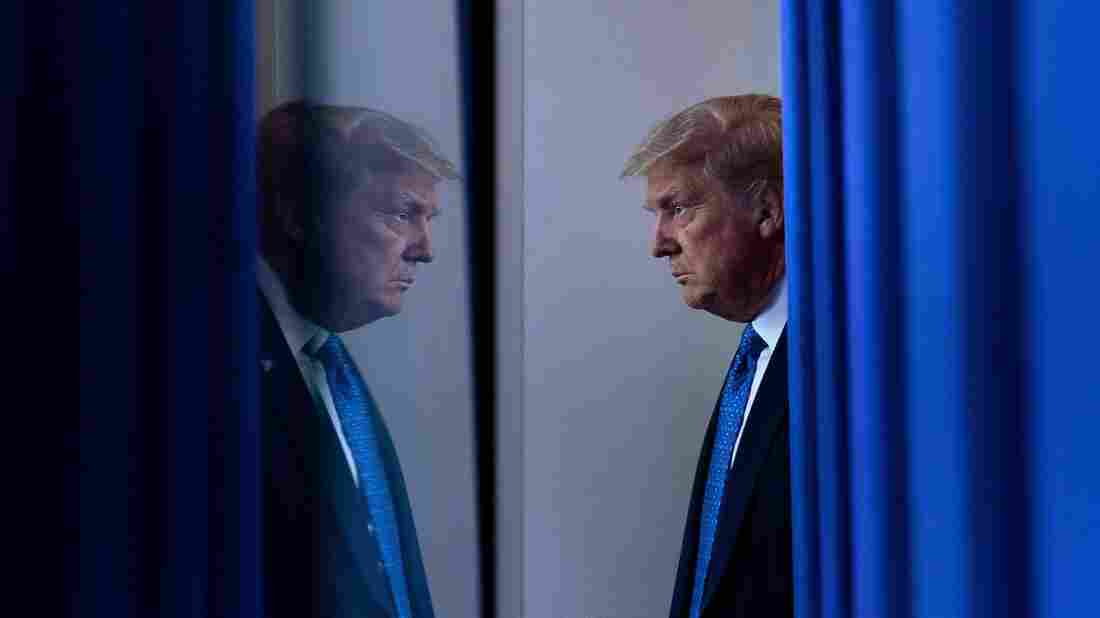 President Trump is having to face the reality that his approach to the coronavirus crisis has hurt him politically. This week he decided to change course, at least for now. Brendan Smialowski/AFP via Getty Images hide caption 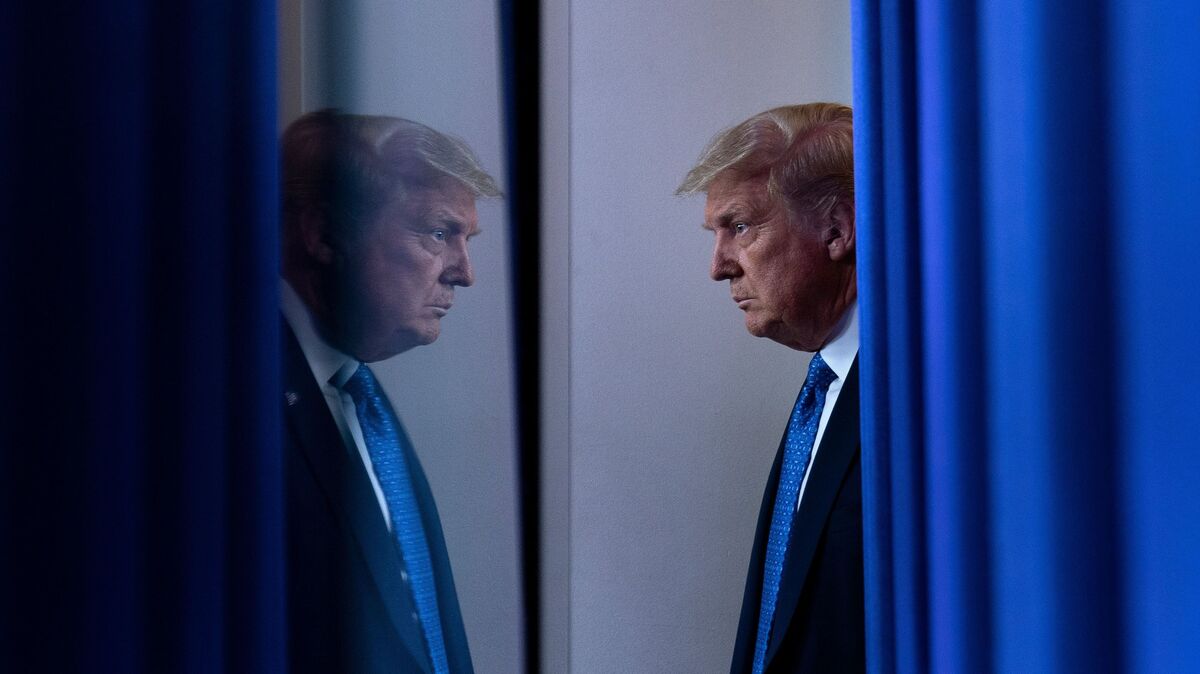 President Trump is having to face the reality that his approach to the coronavirus crisis has hurt him politically. This week he decided to change course, at least for now.

With COVID-19 cases going up in places key to his reelection and his poll numbers in those same places going down, President Trump has been boxed in to shifting course.

Make no mistake, this is Trump politically crying uncle.

Polls have shown him tanking against Democrat Joe Biden in states such as Pennsylvania and Florida. These are places he won in 2016. Biden is now up by an average of more than 7 points in Pennsylvania. A Fox News poll released Thursday has Biden up 50% to 39%.

How the COVID-19 Pandemic Is Shifting Trump's Campaign Strategy

How the COVID-19 Pandemic Is Shifting Trump's Campaign Strategy

In Florida, among the closest states in the past several presidential elections, it's a remarkably similar story. Biden is ahead on average by more than 7 points, and a Quinnipiac poll out Thursday put Biden up 51% to 38%. That's up from what was just a 4-point Biden lead in April in the same poll.

How important are these numbers? If Biden were to hold onto everything Hillary Clinton won in 2016 and add Pennsylvania and Florida, it would be enough to put Biden over the threshold to win. He'd be at 281 electoral votes. A candidate needs 270, a majority of the 538 available electoral votes.

The Trump campaign argues that the polls are wrong, that they are undersampling Republicans. That's an argument they have made for years. In 2012, in fact, there was an effort to "unskew the polls" from Republicans, presenting new, "corrected" numbers from each survey.

In that alternate reality, Mitt Romney was winning. But on Election Day, the unskewers were wrong, and Barack Obama won reelection. In 2016, national polls were pretty dead on — Hillary Clinton led by an average of 3 points overall before Election Day, and she won the popular vote by 2.

Where the real problem lay was in the states, particularly in the Midwest. Some pollsters with sterling track records before 2016 wound up being inaccurate. There have been efforts underway since the last election to try and fix that.

Trump is not one to yield or bow to pressure. But this is the lowest point of his presidency politically — and now, not even he can deny the trouble he's in, even if his team isn't saying so publicly.

If you don't believe the polls, just look at the body language. Trump's campaign has been asking for more debates than the already-allocated three with Biden, his campaign manager was demoted, and now there's this reboot effort.

As bad as it looks right now for Trump, Democratic strategists and the Biden campaign fully expect the race to tighten. They believe Biden's support with independents, who might lean toward Trump, is likely soft. In other words, many of those voters may very well go back toward Trump by the fall if they sense he's handling things marginally better.

But with the election just 101 days away, Trump is running out of time to win them back.

"I could say I'm fully responsible," Trump said Tuesday when asked if he's responsible for American deaths because of downplaying the severity of COVID-19. "But, you know, one day, we had a virus come in... ."

With a solid — and growing — majority of Americans saying they disapprove of how Trump has handled the worst pandemic in a century, if he loses, expect that to be one of the things history remembers about his presidency and this election.