Accessibility links
'Keep His Legacy Alive': Civil Rights Icon John Lewis Remembered In Alabama The late Georgia congressman was celebrated Saturday morning at "The Boy From Troy" memorial service in his Alabama hometown. "It's up to us to keep his legacy alive," his great-nephew told mourners. 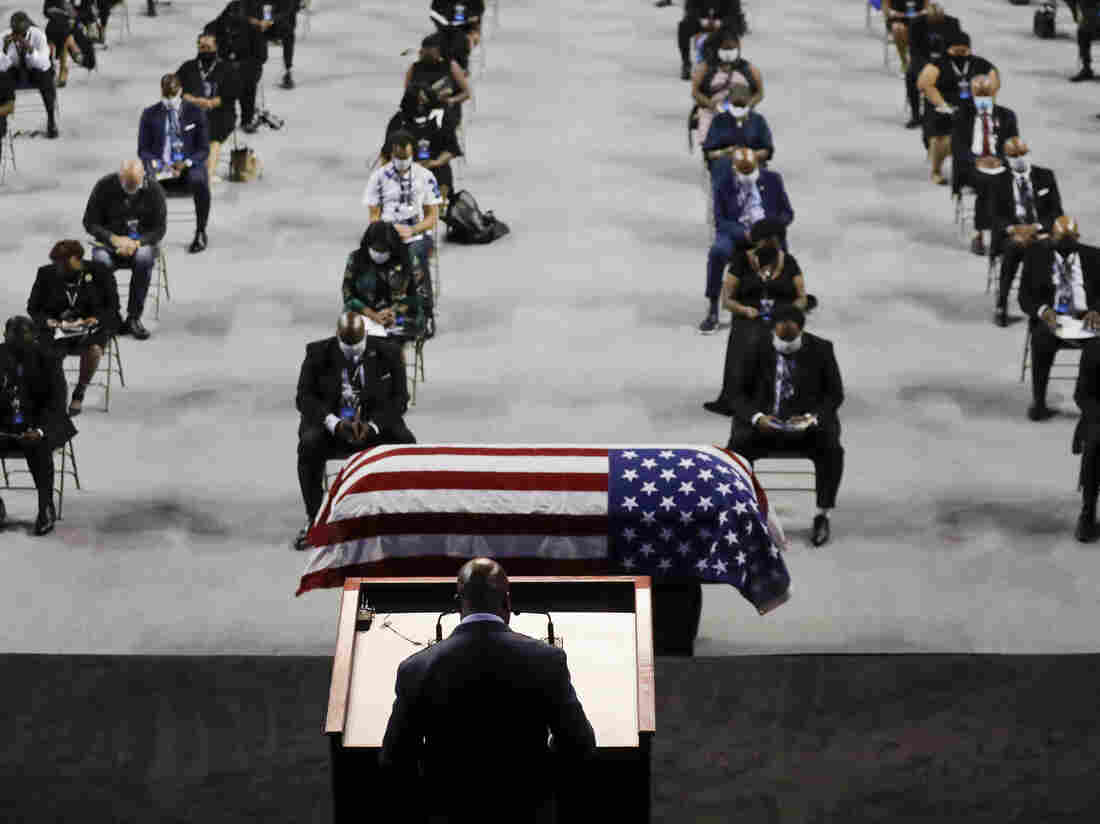 The Rev. Darryl Caldwell speaks as the casket of the late Rep. John Lewis, D-Ga., lies in repose during a service at Troy University in Troy, Ala., on Saturday. Brynn Anderson/AP hide caption 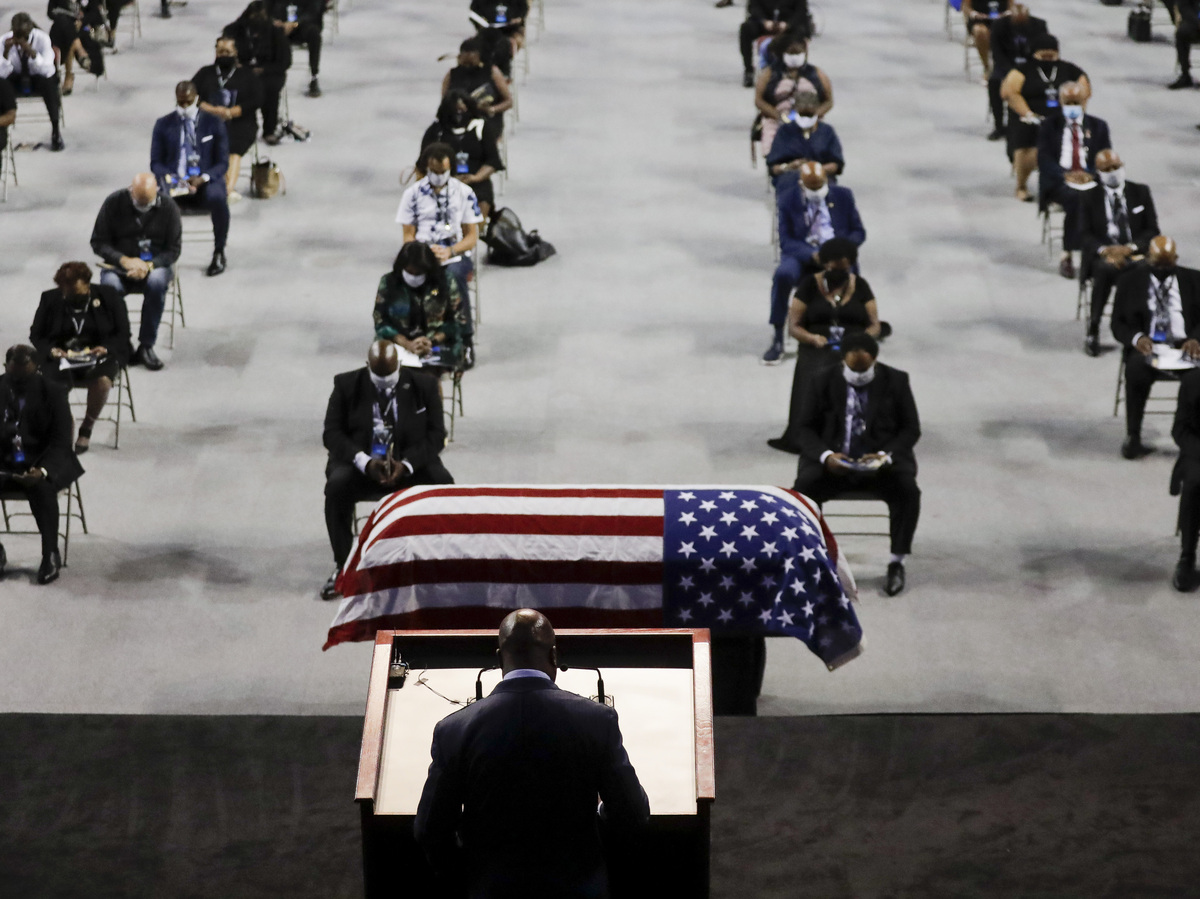 The Rev. Darryl Caldwell speaks as the casket of the late Rep. John Lewis, D-Ga., lies in repose during a service at Troy University in Troy, Ala., on Saturday.

Rep. John Lewis is being remembered this weekend in multiple memorial services across the state of Alabama, where he was born. Lewis died this month after more than 30 years of service as a Democratic congressman from Georgia, where he was known as the "conscience of the Congress" for his tireless advocacy for economic and social justice.

"He became a figure known around the world for action on the Edmund Pettus Bridge, confronting Alabama state troopers," said Jason Reeves, mayor of Troy, Ala., where Lewis was born in 1940. "And now Alabama state troopers will lead his body around this state as we celebrate his life," Reeves told mourners gathered for Saturday morning's "The Boy From Troy" memorial service.

The masked and socially distanced crowd of hundreds responded with applause.

Lewis rose to prominence after leading sit-ins in the Jim Crow-era South and marching for voting rights at the Edmund Pettus Bridge in Selma in 1965, where he was brutally beaten by law enforcement. Lewis went on to work as a community organizer, an Atlanta city councilman, and ultimately a congressman.

Lewis' body was scheduled to lie in repose at Trojan Arena on the campus of Troy University, after which troopers planned to escort his casket to Brown Chapel AME Church in Selma. On Sunday morning Lewis will cross the Edmund Pettus Bridge one last time.

"May his willingness to cause good trouble prevent us from tolerating injustice," the Rev. Darryl Caldwell told the congregation Saturday. "May his example inspire a new generation."

After traveling through Selma, Lewis' body will lie in state Sunday at the Alabama State Capitol in Montgomery before a vigil led by Steven Reed, Montgomery's first Black mayor.

Early next week, Lewis' body will lie in state at the U.S. Capitol in Washington, D.C. After an invitation-only arrival ceremony Monday afternoon, members of the public will be able to pay their respects in a masked and socially distant line on the Capitol's East Plaza.

"It's up to us to keep his legacy alive," said his great-nephew, 7-year-old Jaxon Lewis Brewster, before jumping off the stage Saturday.