Accessibility links
John Lewis Crosses Selma Bridge One Last Time In 1965, John Lewis was nearly killed as he led a group of protesters across the Edmund Pettus Bridge to protest racial discrimination in voting. On Sunday, his body crossed that bridge one last time.

In Selma, A 'Final Crossing' For John Lewis Across The Edmund Pettus Bridge

In Selma, A 'Final Crossing' For John Lewis Across The Edmund Pettus Bridge 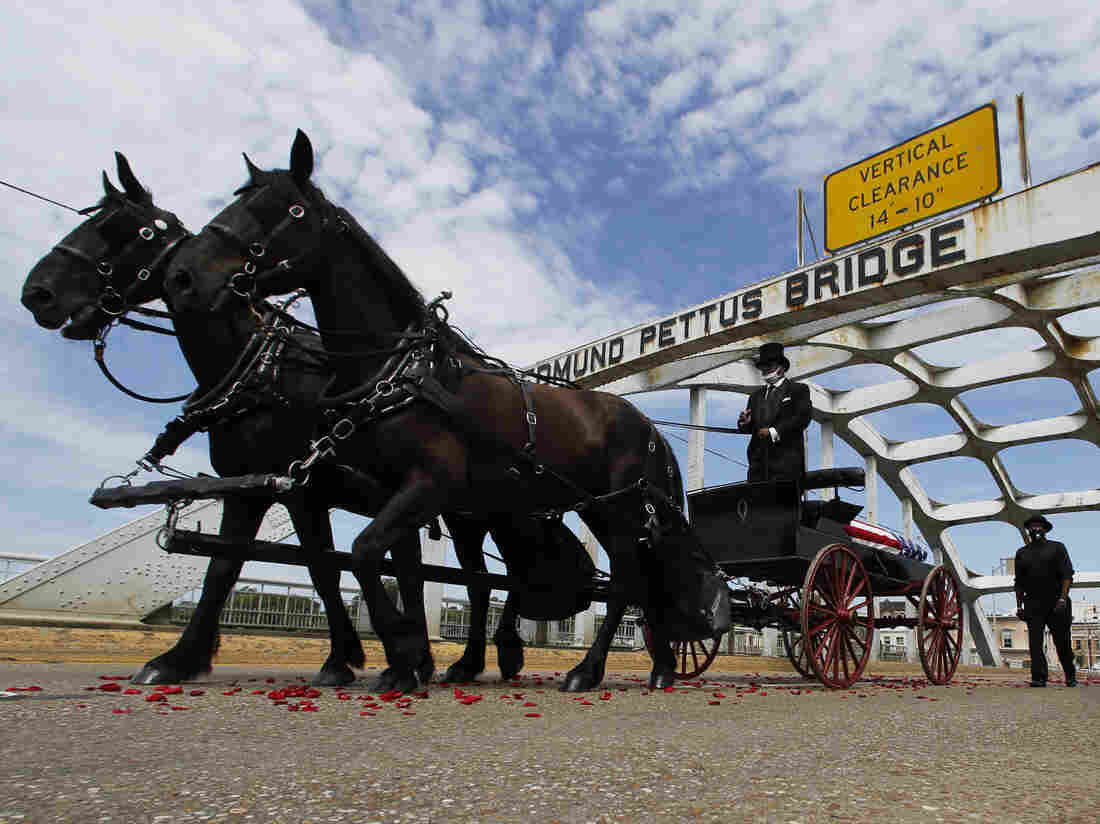 The casket of Rep. John Lewis crosses the Edmund Pettus Bridge by horse-drawn carriage during a memorial service for Lewis on July 26 in Selma, Ala. John Bazemore/AP hide caption 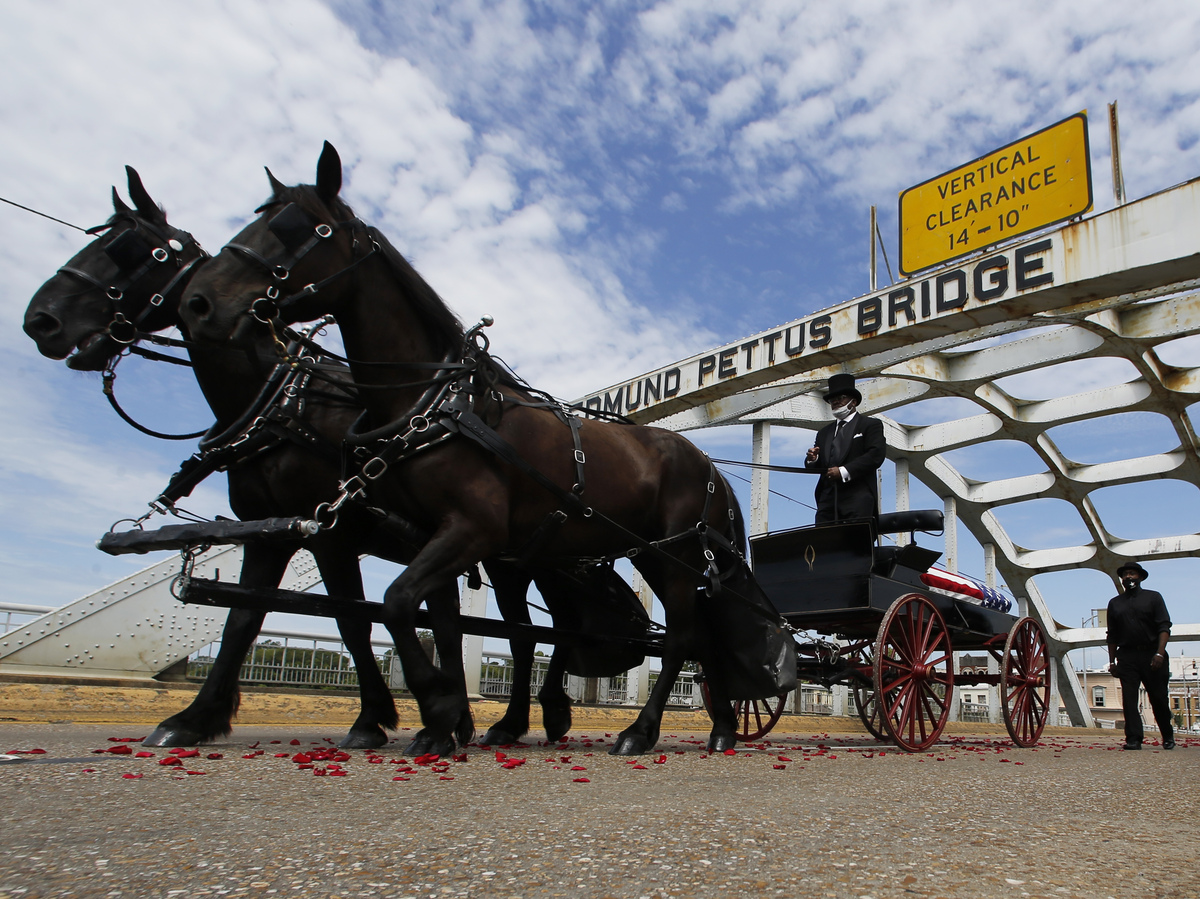 The casket of Rep. John Lewis crosses the Edmund Pettus Bridge by horse-drawn carriage during a memorial service for Lewis on July 26 in Selma, Ala.

The body of John Lewis crossed the Edmund Pettus Bridge one last time on Sunday in what organizers described as "The Final Crossing," part of a multiday celebration of the life of the civil rights icon.

Lewis' flag-draped casket was pulled across the bridge by a pair of horses, as a crowd of onlookers gathered at the side of the road. It rolled atop a carpet of rose petals, as Lewis' family walked behind it.

In March 1965, a 25-year-old Lewis and hundreds of other civil rights advocates planned to march from Selma to Montgomery to draw attention to the need for voting rights in the state, which was infamous for denying African Americans the right to vote.

"We're marching today to dramatize to the nation, dramatize to the world, the hundreds and thousands of Negro citizens of Alabama that are denied the right to vote," Lewis said. "We intend to march to Montgomery to present said grievance to Governor George C. Wallace."

But as Lewis led the group across the Edmund Pettus Bridge in Selma, he saw a line of white Alabama state troopers blocking their path. The commander's orders were clear: Wallace had proclaimed the march illegal.

"You're ordered to disperse," said Maj. John Cloud of the Alabama Department of Public Safety. "Go home or go to your church. This march will not continue."

Lewis and his group did not disperse.

The line of troopers walked forward, billy clubs out. They knocked Lewis to the ground and struck him on his head. He tried to get up; they hit him again with the billy club. His skull was fractured.

Lewis didn't die that day. Images from "Bloody Sunday," as it came to be known, were broadcast across the nation. The ensuing coverage helped lead to the passage of the Voting Rights Act of 1965, which prohibits racial discrimination in voting. And it catapulted Lewis onto the national stage and to a more than 30-year career in Congress as a representative from Georgia.

At the spot where Lewis was bloodied in 1965, family members placed red roses.

On Monday, Lewis' body will lie in state at the U.S. Capitol in Washington, D.C. After an invitation-only arrival ceremony Monday afternoon, members of the public will be able to pay their respects in a masked and socially distant line on the Capitol's East Plaza.