Accessibility links
Rare Blue Lobster Fished Out Of An Ohio Red Lobster The Akron Zoo has a new resident for its collection, courtesy of an observant employee at a Red Lobster restaurant.

Rare Blue Lobster Fished Out Of An Ohio Red Lobster

Rare Blue Lobster Fished Out Of An Ohio Red Lobster 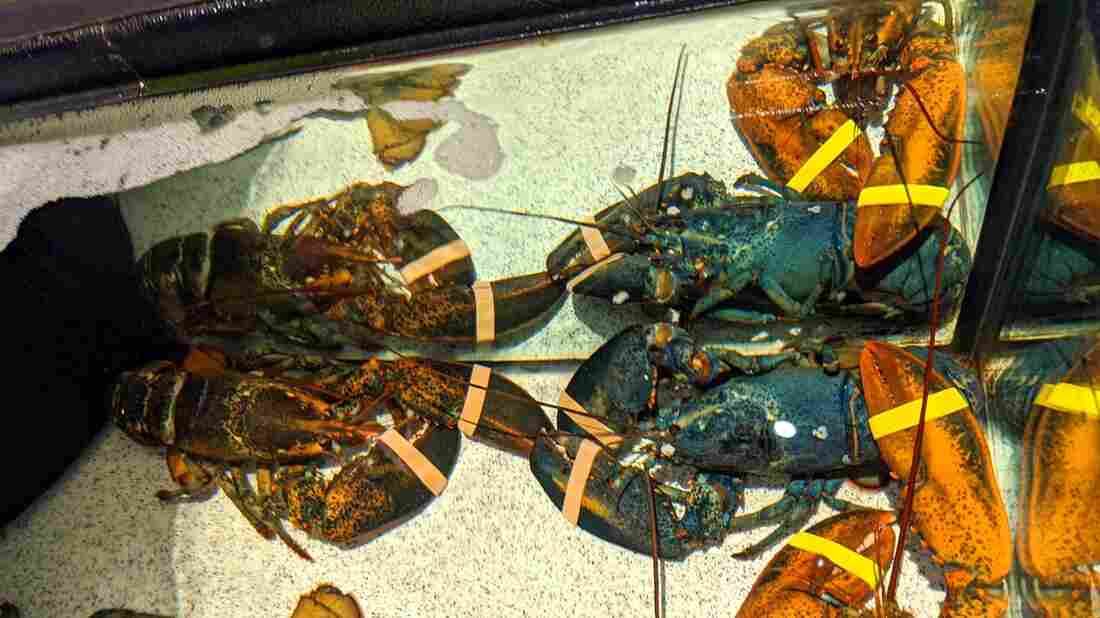 A rare blue American lobster in the tank of a Red Lobster restaurant in Cuyahoga Falls, Ohio, last week. Courtesy of the Akron Zoo hide caption 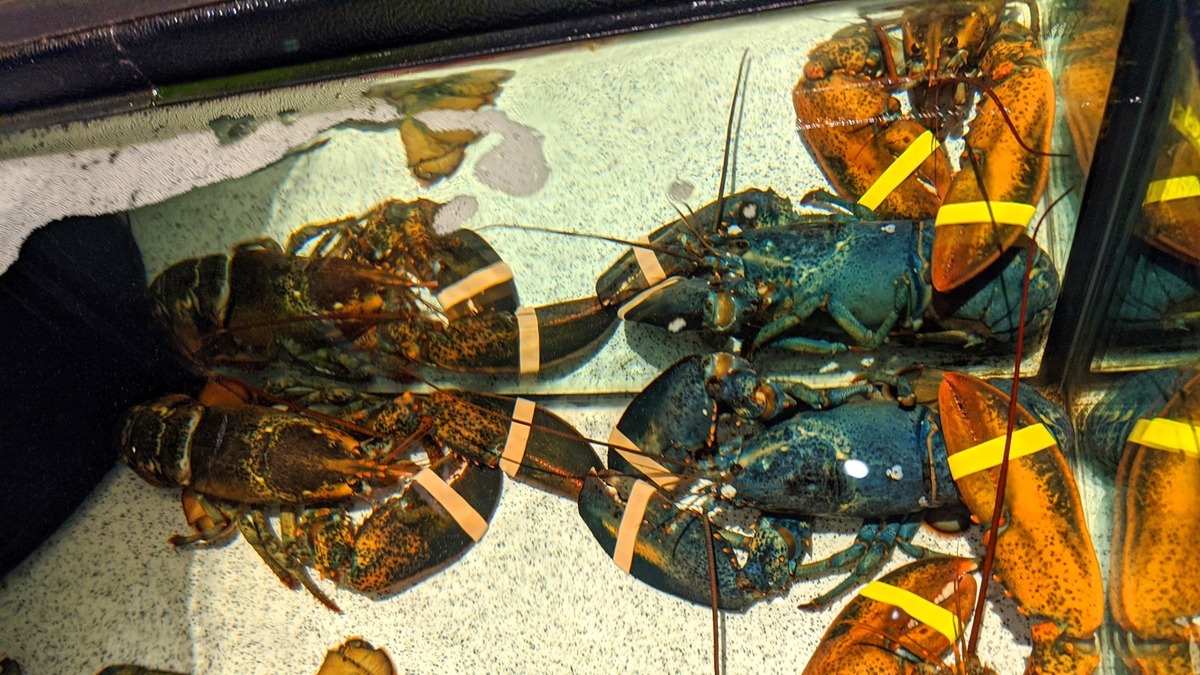 A rare blue American lobster in the tank of a Red Lobster restaurant in Cuyahoga Falls, Ohio, last week.

Courtesy of the Akron Zoo

It could have ended up between fried shrimp and seared scallops, or squeezed between a cheesy biscuit and a mound of garlic linguine Alfredo. But a rare lobster has a new home at the Akron Zoo after being discovered at a Red Lobster last week.

On Tuesday, the staff at a Cuyahoga Falls, Ohio, location of the restaurant chain were unpacking an air-lifted delivery of live lobsters when Lora Jones noticed a strangely colored shape mixed in the mottled bunch.

"At first it looked like it was fake," culinary manager Anthony Stein told NPR. He was out of the restaurant when colleagues texted him a picture of the find. "It's definitely something marvelous to look at."

What he was looking at was a blue American lobster, floating among the common red namesakes of the seafood empire. Some researchers think only one in two million American lobsters are blue, the result of a genetic anomaly. 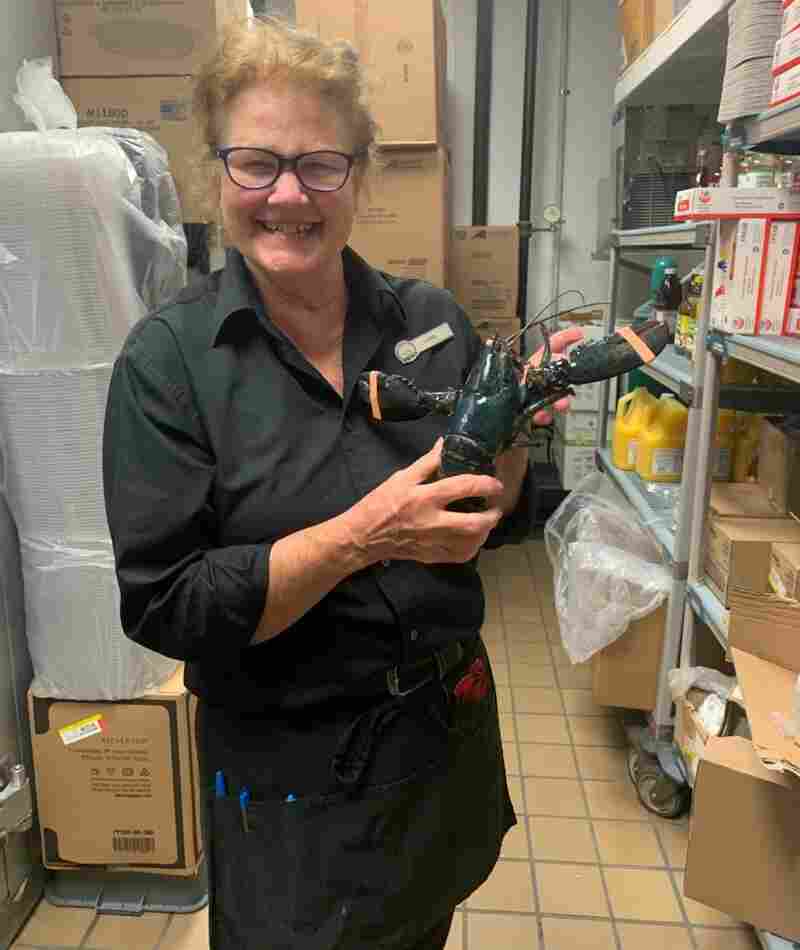 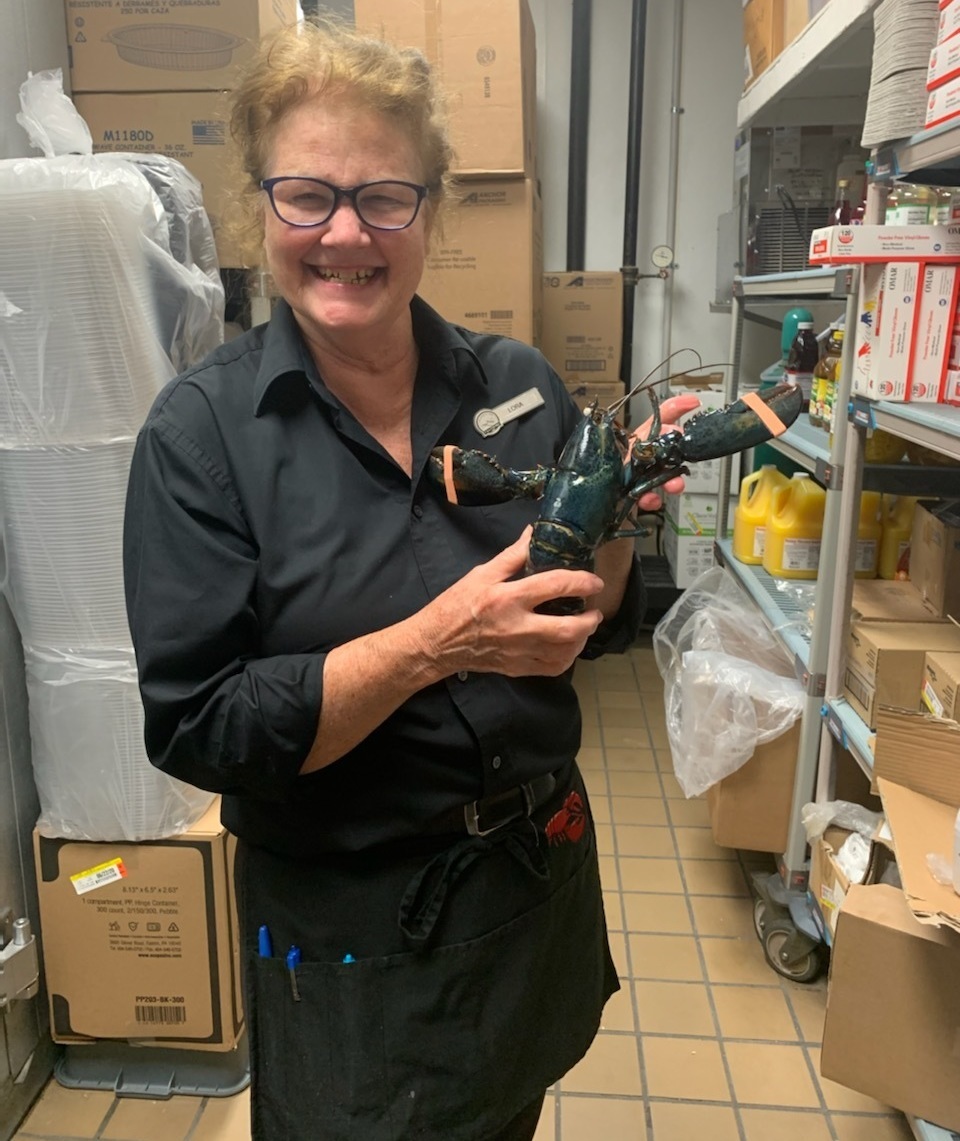 "We kept [it] in the tank and just made sure that nobody took him in the back for dinner," server Angie Helbig told NPR.

As the cerulean crustacean crawled around with its humdrum tank-mates, restaurant management contacted their corporate office which in turn reached out to the Monterey Bay Aquarium's Seafood Watch Program. Both Red Lobster and the Akron Zoo partner with the program, which promotes sustainably sourced seafood. By Friday, Seafood Watch had connected the two, and the Zoo's aquarium staff were rallied.

"They sprung into action," Akron Zoo Animal Care Manager Kathleen Balogh told NPR. "[They] prepared a suitable area and made a cage so the lobster would feel comfortable."

Balogh and a colleague loaded up a giant cooler with cold saltwater and made the 15-minute drive over to help relocate the Red Lobster's blue lobster – named Clawde after the chain's mascot.

"There is a little bit of wear and tear from its journey," Balogh said, noting that the lobster is otherwise in good health and adjusting to its new surroundings. She says zoo staff will keep a close eye on their cobalt charge as she — the lobster is female — goes through her next molting cycle where she will shed and renew her shell, what Balogh calls a particularly precarious time for crustaceans.

For the time being, the zoo's indoors areas – including Clawde's tank – are closed to the public as a pandemic-related precaution. Balogh says she hopes that once the lobster has gotten comfortable in its cage, they'll be able to find a way to put the unique specimen on public display.

Balogh notes there might only be a one in 200 million chance of capturing a blue American lobster in the wild. But Angie Helbig, who has worked at the Cuyahoga Falls Red Lobster for 28 years (and had never before seen a blue lobster) says there's another reason Clawde was spared a butter-smothered end.

"Normally I would have not known that it was something special," she said. But then she and Lora Jones remembered the name of a prized service award for long-time employees the two of them had earned last year: the blue lobster award.