Accessibility links
Tropical Depression Hanna Pounds Mexico, Causing Deaths and Disappearances Mexican media reported several deaths from the storm, including children who were swept away by currents during flooding. 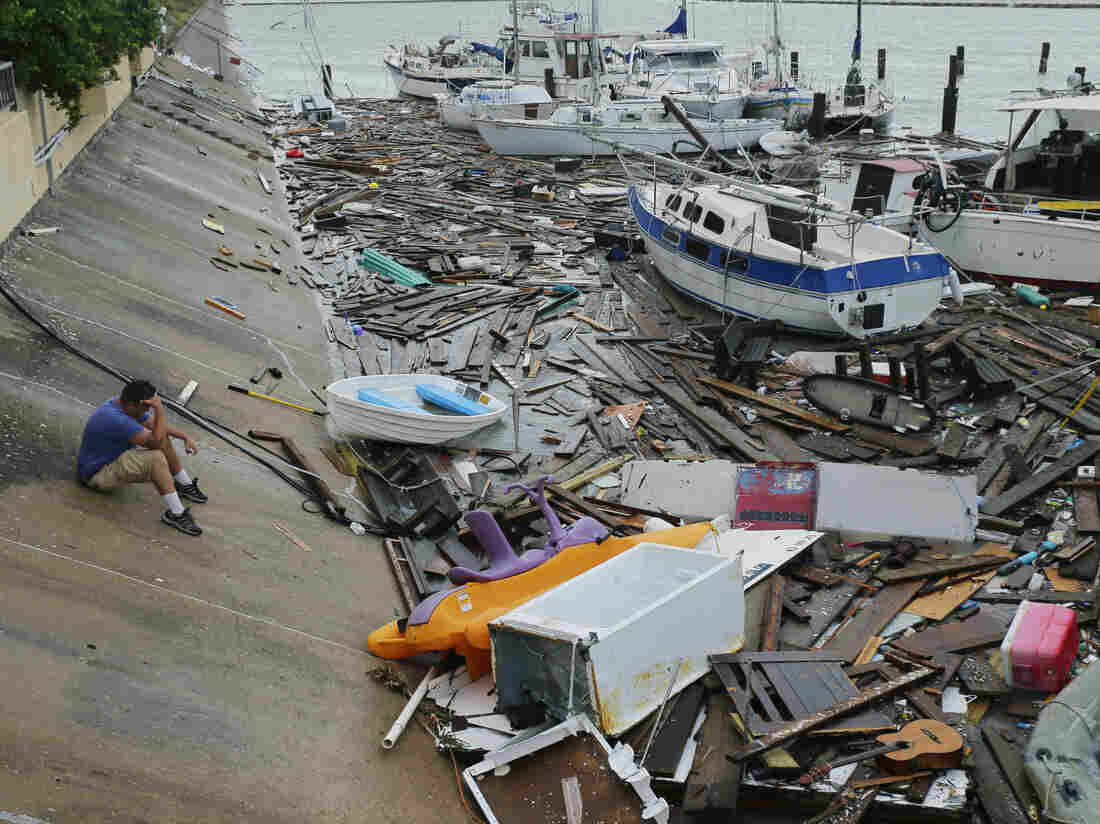 Allen Heath surveys the damage to a private marina in Corpus Christi after it was hit by Hanna, the hurricane that was later downgraded to a tropical storm, on Sunday. Heath's boat and about 30 others were lost or damaged. Eric Gay/AP hide caption 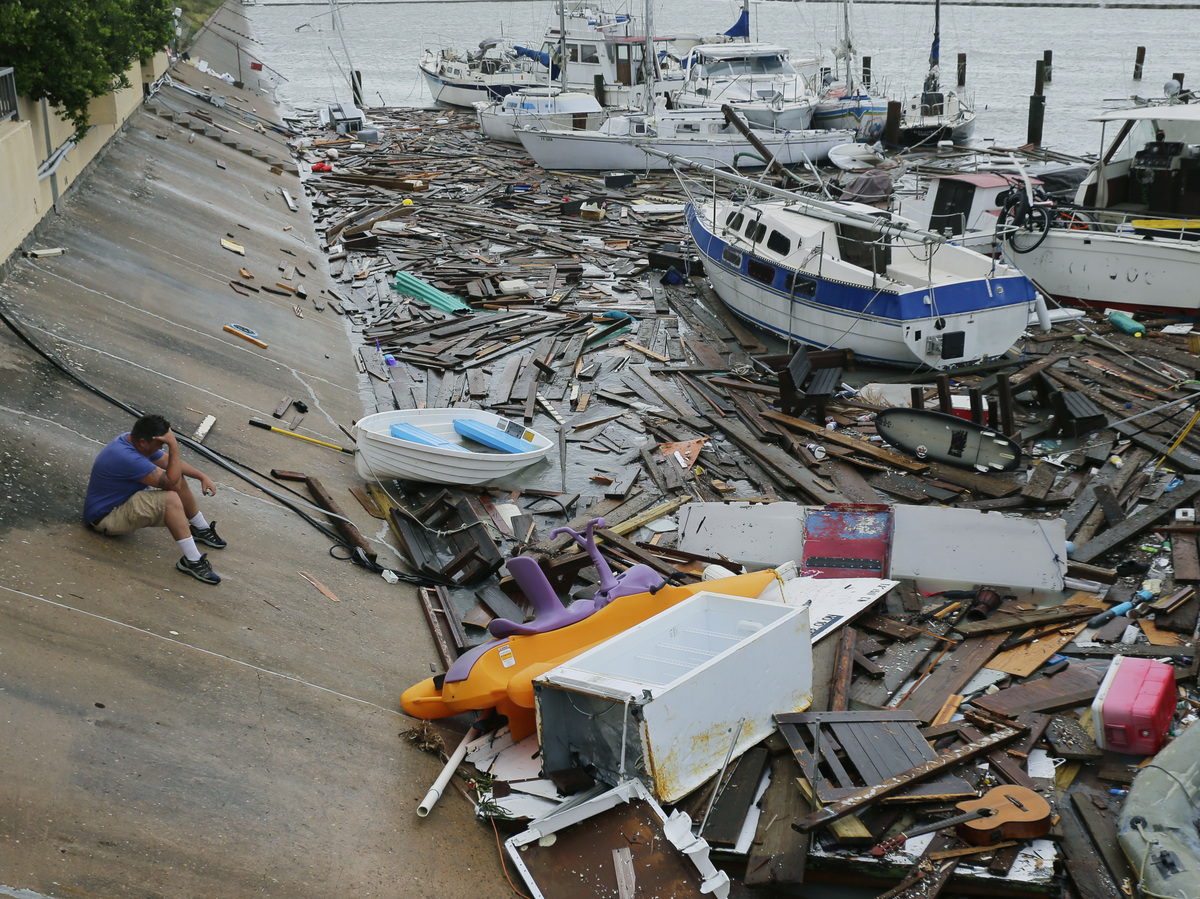 Allen Heath surveys the damage to a private marina in Corpus Christi after it was hit by Hanna, the hurricane that was later downgraded to a tropical storm, on Sunday. Heath's boat and about 30 others were lost or damaged.

As Hurricane Hanna barreled through the Atlantic Ocean this weekend, Texas and Mexico both braced for calamity, but it was Mexico that saw death.

According to Mexican newspaper accounts, the bodies of a 7-year-old girl and her mother were found Monday in Saltillo, near Monterrey in northeastern Mexico, after the van they were in ran out of gas and was dragged down an overflowing tributary. They were swept away by the current.

Some family members escaped, according to the Mexican papers, including the girl's 11-year-old sister, who reportedly managed to survive by clinging to branches.

In the border city of Reynosa, one woman reportedly died after suffering a seizure and drowning in the floodwater left by Hanna. Three children were reported missing in a nearby neighborhood, after they fell from a tree into the water.

Texas saw no casualties. After Hanna — the first hurricane of the season before being downgraded to a tropical storm, and then a tropical depression — hit the southwestern part of the state on Saturday, 200,000 locations were left without power. As of Monday morning, AEP Texas reported 60,000 outages remaining. Restoring power was complicated by severe flooding in some areas that limited access to substations, the utility said.

Hanna made landfall about 90 miles south of Corpus Christi on Saturday evening, before moving into Mexico. In Texas, it dropped up to 15 inches of rain in some areas and caused extensive flooding and beach erosion. The Texas State Aquarium saw minor damage — mostly debris brought in by the storm surge. And the Bob Hall Pier, a local tourist destination, was damaged for the first time in its 37-year history.

A video that circulated widely on social media over the weekend purported to show a section of the southern border wall crashing down in Hanna's high winds. But U.S. Customs and Border Protection told Texas Public Radio that the video appears to be from last month, when wind gusts knocked over several border wall panels at a construction site in New Mexico.

The state prepared for impact late last week, as hospitals in the area were already strained to near-capacity with coronavirus patients. Houston's deputy director for emergency management said Hurricane Hanna was a test of the state's ability to respond to disaster while trying to limit the spread of the coronavirus.

"We'll be looking for lessons learned even from yesterday's storm — what went well, what didn't go well, how were other jurisdictions helping to jump in response?" Nickea Bradley told NPR's Michel Martin on Weekend All Things Considered Sunday.

"The coronavirus has changed a lot in how we practice, prepare everything," Bradley said. "Our first responders are out every day wearing their masks, keeping their PPE close," including hand sanitizers and non-contact thermometers. "Checks are happening as we all report to work daily. So it's changed a lot."