Accessibility links
Director Kelly Reichardt on her new film, First Cow : Bullseye with Jesse Thorn Today's guest is a revered film director: Kelly Reichardt! Kelly's new film, First Cow, is the story of a loner cook who befriends a Chinese immigrant while traveling across 1820's Oregon and the cow whose milk they hatch a plan to steal. Kelly joins us to talk about how a Floridian ended up making films about the Pacific Northwest, why she's not really interested in show business, and how a person goes about casting a cow! All that and more on Bullseye! 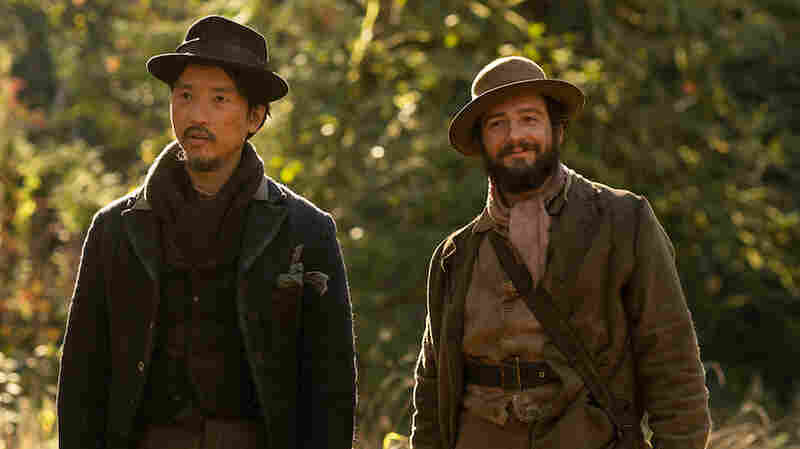 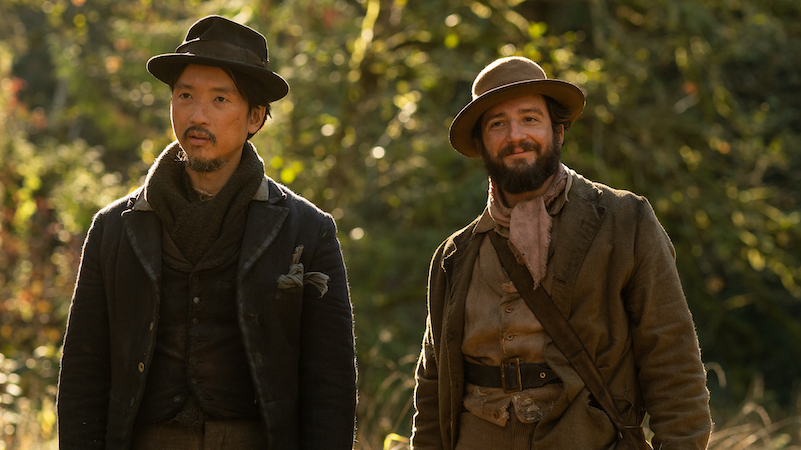 Kelly Reichardt makes films that are undeniably beautiful to look at. The filmmaker often sets them in the Pacific Northwest where lush, verdant forests and sparse vistas have served as backdrop for stories about the human condition. Her films could be called quiet and typically don't have a lot of dialogue or a neatly tied up "moral of the story." But that doesn't mean Kelly Reichardt doesn't have something to say.

In particular, Kelly says her newest film, First Cow, deals with the ideas of ownership and the first seeds of capitalism. All that in a movie called First Cow. In the film we're introduced to Otis "Cookie" Figowitz, played by John Magaro. He's been hired to be a cook in a fur trapping group in the Pacific Northwest. Cookie is soft-spoken and not really at home in the Wild West. He's barely capable of catching wild animals for supper. One evening he meets King-Liu, played by Orion Lee, hiding in the woods. King-Liu is a Chinese immigrant that has just escaped from his Russian captors after a revenge murder.

The two become friends and soon hatch a plan to steal milk from the first — and only-- cow in Oregon in order to make delicious fried dough to sell at the nearby trading post. Their ambitions and the harsh boundaries of social and economic class butt heads throughout the film.

Kelly has been making films for over twenty years. As one of few female directors working in the indie sphere, her prior films, like 2006's Old Joy, 2010's Meek's Cutoff, and 2014's Certain Women, have attracted A-list talent like Michelle Williams and Laura Dern even if her films weren't Hollywood blockbusters. Kelly says that's just fine by her. She's not interested in measuring her success by Hollywood standards. She'd rather be knitting.

Kelly sits down with Jesse to talk about First Cow, how she ended up in Oregon, and the prettiest types of cows. That's on Bullseye!

Kelly's film First Cow is available to rent or buy now, go check it out.