Accessibility links
How To Forgive Someone : Life Kit Deciding to forgive is a big step. After all, you're the one who's been harmed! But it turns out that forgiving someone actually has benefits for your mental health. The practice of radical forgiveness can help you process hurt and anger — and ultimately find peace. 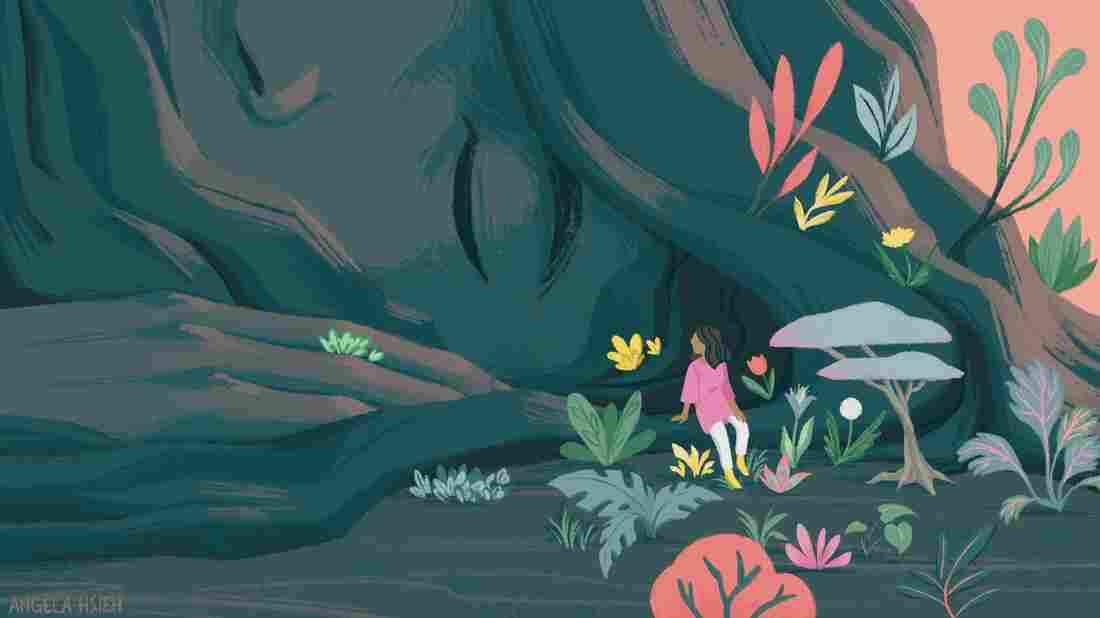 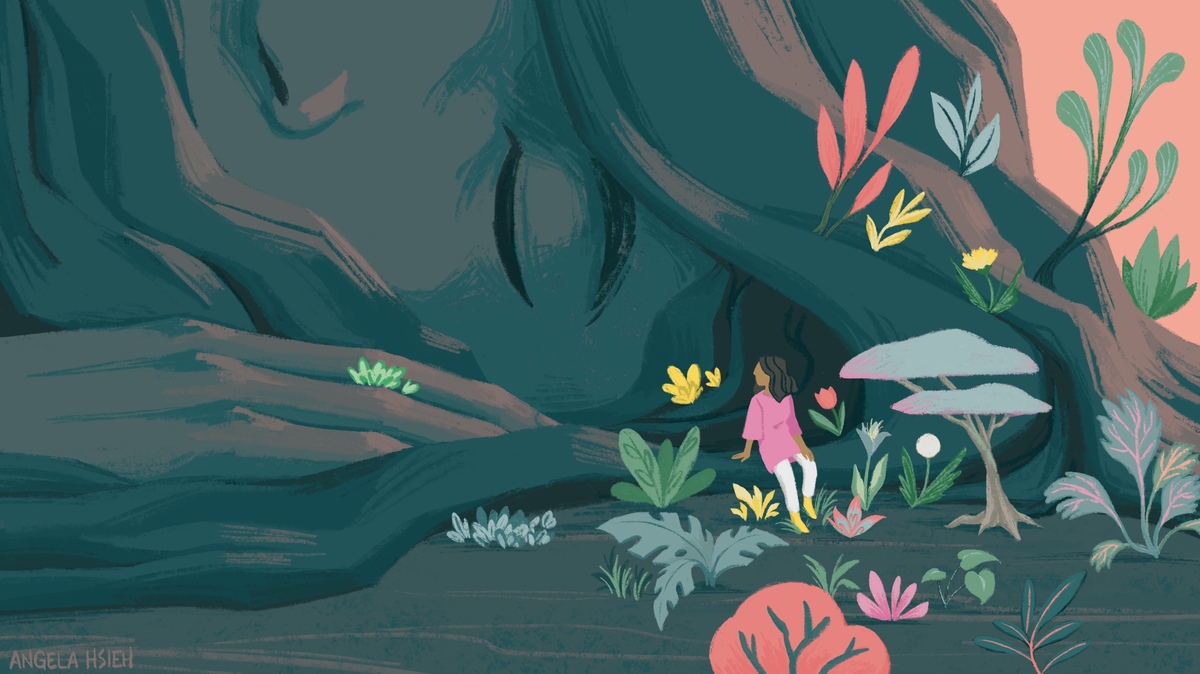 Forgiveness has a PR problem.

Think about all those useless idioms used to describe it. Stuff like "forgive and forget," "turn a blind eye," "let bygones be bygones." With that kind of cheesy advice, no wonder so many people travel through life dragging a steamer trunk full of resentments.

Further complicating the issue is when and where we first learn about the concept, says Ana Holub, a forgiveness author and peace educator for more than two decades. For most of us, she says, we're taught what we'll call "traditional" forgiveness when we're 4 or 5 years old on the playground. Someone does something to us; the person is told to apologize, and we're instructed to say, "That's OK."

Then, we grow older.

"And more and more things that are really traumatic happen — then maybe it's not OK," Holub says. "So we live with these feelings of fear and revenge sometimes, and anger. And then we can hold that for the rest of our lives unless we find a way to unwind it and let it go."

Contrary to popular opinion, the practice of forgiveness is not about condoning or making excuses for unfair treatment and other hurtful behaviors. It's not about getting an apology or a show of remorse from the offending party. And despite what's portrayed in films, novels, poems and love songs, it's not necessarily about reconciliation. Granted, reconnecting with loved ones can be a wonderful byproduct of forgiveness, but it's not a requirement or even a goal in some cases — especially if doing so would subject you to more harm.

"Those emotions turn into disease," she says. "We just stuff it, and that becomes toxic ... it turns dysfunctional."

Kennedy became a certified forgiveness coach in 2008 after reading Radical Forgiveness, by the late Colin Tipping. His method is just one way to practice forgiveness (which, by the way, has been shown to improve mental health). These takeaways are inspired by Tipping's work:

Dissect the offending behavior and how it affects you. Spew it all out — the anger, the hurt, the bitterness — all the ugly, gory feelings you've been carrying inside you.

"You have to get it out of your system," says Kennedy.

While "traditional" forgiveness wants you to pretend you're not angry or hurt by someone's behavior, actual forgiveness begs that we honor all of these raw emotions.

One quick note of caution: When doing this work, move only at a comfortable pace for you, and seek professional help if you need it.

Holub, who wrote the book Forgive and Be Free and teaches a blend of forgiveness approaches, suggests ways to prepare for this step: Turn off your phone, get rid of distractions and create a space of privacy.

Ideally, she says, choose someone to play witness — someone who can listen with compassion and without judgment. Otherwise you can do it on your own by speaking your story out loud or writing it all down.

Holub says when the anger starts to bubble up, dive deeper.

Ask yourself: "What's underneath that anger?"

Holub calls anger a "secondary emotion," one that guards our more vulnerable feelings, such as grief, fear, abandonment and disappointment.

So, make sure to give yourself permission and time to really dig deep to unearth whatever your anger is hiding.

Close your eyes and evoke the event that's causing you pain. Let it bubble up without intellectualizing. Turn off your thinking brain, Kennedy says.

"Cry it out or scream it out if it's anger," she says. "Get a pillow and beat the sofa with it. Just get that energy out of the cells of your body."

Don't be surprised if the exercise triggers memories of other times in life when you also felt abandoned, betrayed or similarly hurt, Holub says. Forgiveness work often uncovers behavior patterns that we don't see in ourselves — especially when we're blaming others for our pain.

By exposing the obvious — and less obvious — roots of our own reactions to others, we can begin to see a different way to respond.

3. Bring a fresh lens to your story.

Reexamine your perceptions of life events that have trapped you in the role of victim.

A situation you may have misinterpreted as a child can taint your important adult relationships, Kennedy says.

Advice For Dealing With Uncertainty, From People Who've Been There

Putting an adult lens to child-centered woundedness can provide a clearer perspective of hurtful events — one that frees us to discard the old story and replace it with a less judgmental and, perhaps, more accurate one.

That can lead to reconnections with forsaken loved ones. But, Holub says, beware that your ego may fight to maintain the destructive stories that create separation in our lives, like "My relationships never work out." Or, "I can't trust anybody!"

"When we do forgiveness, what we're doing is we're unwinding that intense pressure of the ego to stay separate," Holub says.

Instead of viewing the offending behavior as something done to you, imagine there's something bigger at play: that its true purpose is to reflect something inside you that's ripe for healing.

Kennedy says imagine looking into a mirror and seeing a smudge on your face. To clean off the smudge, you don't start wiping the mirror; rather, you clean your face. Likewise in life, often what you spot in others — negative and positive traits — are those you share.

"Just acknowledge that there is something in you that is being shown in the mirror of this person," Kennedy says.

Even if you're certain the offending person's behavior has zero to do with you, suspend your disbelief and play along.

And remember, forgiving someone is not about them and their behavior — it's about you and your well-being.

5. Integrate the learning, and express your gratitude.

Purging resentment, grudges and all that other negative juju is something to embrace and celebrate.

Kennedy says whenever she finishes a round of forgiveness work, she seals her newfound peace with a brisk walk or deep-breathing exercises.

Holub says she fills the newly opened space in her heart with gratitude for all she has learned.

"We're here to learn lessons, and even from the most horrible things that have ever happened, there are treasures, and we can find them, we can learn from them," she says. "We can say, yes, I want to keep the lesson. I want to let go of the pain. And that is possible through this forgiveness practice."

The podcast portion of this story was produced by Andee Tagle.