Accessibility links
Woman Killed By Great White In Maine's 1st Fatal Shark Attack Ever It's the first fatal shark attack in the state's history, officials say. The woman, wearing a black wetsuit, might have been mistaken for a seal. 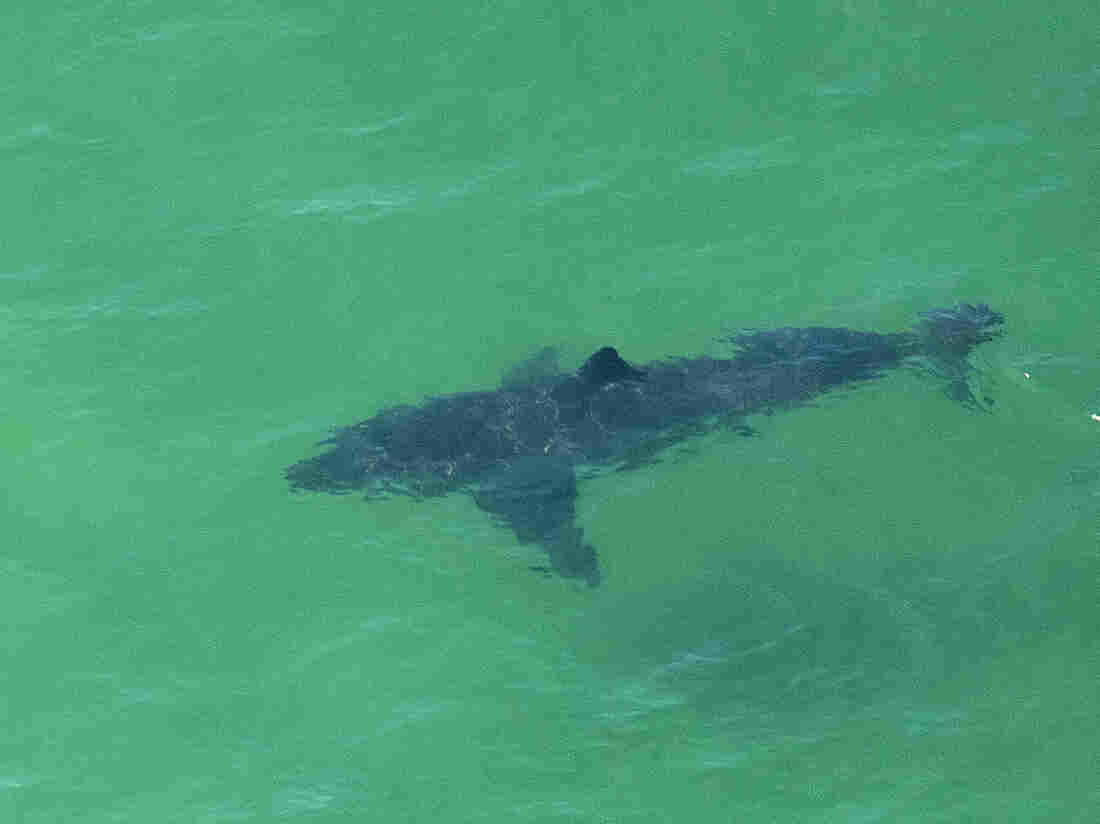 A great white shark swims off the shore of Cape Cod, Mass., in July 2019. A woman was killed by a great white in Maine on Monday — the first fatal attack in the state's history. Joseph Prezioso/AFP via Getty Images hide caption 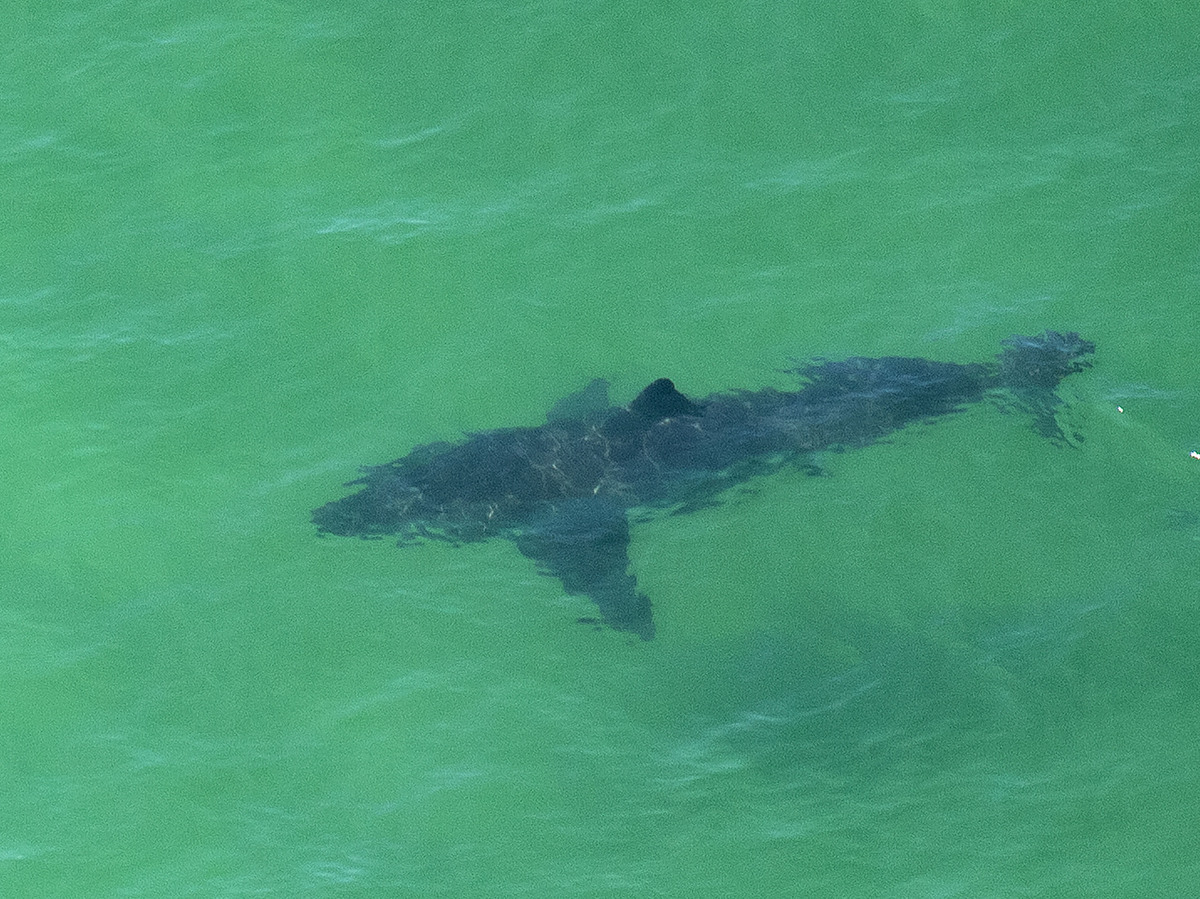 A great white shark swims off the shore of Cape Cod, Mass., in July 2019. A woman was killed by a great white in Maine on Monday — the first fatal attack in the state's history.

Julie Dimperio Holowach was laughing as she and her daughter paddled into the water Monday off the coast of Maine's Bailey Island.

Suddenly Holowach, who was wearing a black wetsuit, started flailing, witness Tom Whyte told The Boston Globe. Her daughter swam back to shore, dropped to her knees and screamed for help, he said.

Some researchers say the waters around Maine have more white sharks than they used to, as the predators go in search of seal meat.

"I think it's generally accepted that the increase in number of seals is leading to more white sharks coming closer to shore during some months," Nick Whitney, a senior scientist at the New England Aquarium, told Maine Public Radio.

After the attack, officials recovered a fragment of tooth. They sent the tooth to Gregory Skomal, a shark biologist at Massachusetts' Division of Marine Fisheries, who positively identified the shark as a great white.

"This is the only confirmed fatality in Maine waters from a shark attack," said the commissioner of Maine's Department of Marine Resources, Patrick Keliher, at a news conference Tuesday.

He urged swimmers and boaters to use caution near Bailey Island and to avoid swimming near schooling fish or seals. Schools of fish will attract seals, Keliher said. "The seals, in return, will attract sharks."

The only other confirmed shark attack in Maine waters happened 10 years ago in Eastport, he said. A scuba diver caught that attack on film.

Shark attacks have been on a steady decrease over the past decade, with only five fatal attacks in 2019, according to data from the International Shark Attack File, maintained by the Florida Museum of Natural History and the University of Florida. The decrease is because of advances in beach safety, medical treatment and public awareness, they say.

Shark attacks on humans are "incredibly rare," Gavin Naylor, program director for the International Shark Attack File, told The New York Times. "We like to tell people there is a much higher chance of being struck by lightning than being bitten by a shark."