Accessibility links
Health Experts Urge A Shutdown Do-Over As COVID-19 Cases Surge A campaign led by doctors, health researchers and other health experts calls to shut down parts of the country again to get the pandemic under control. 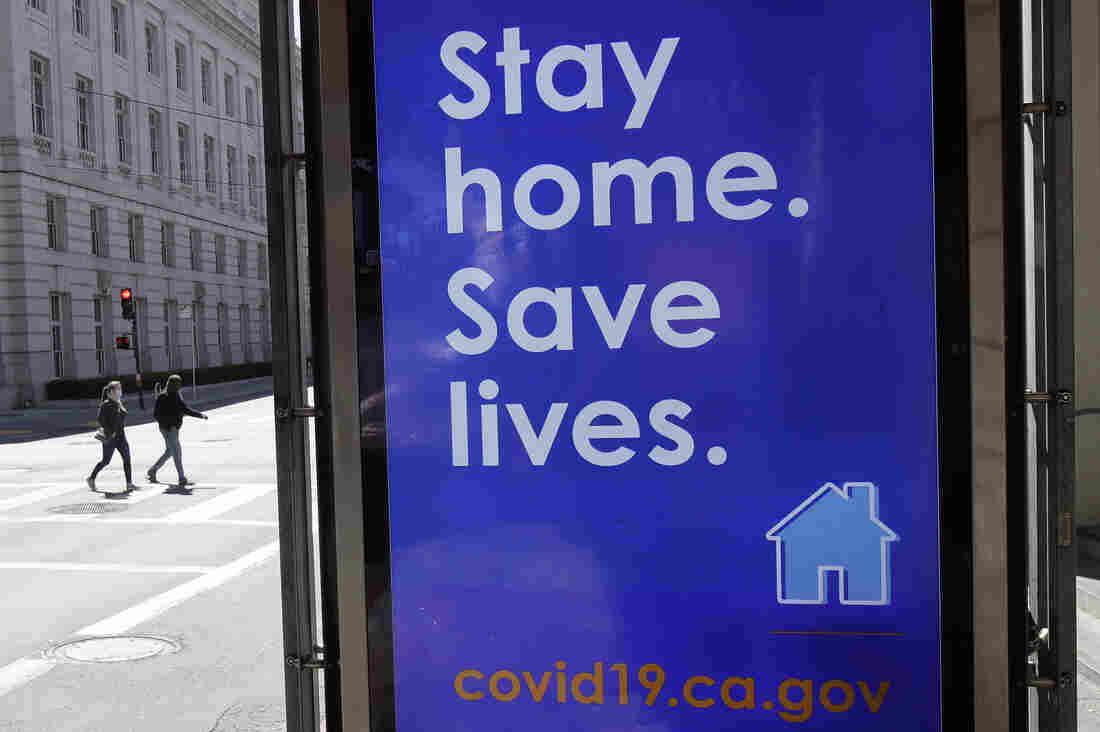 In San Francisco, a poster seen in March urges the public to socially distance in an effort to contain the spread of the coronavirus. Jeff Chiu/AP hide caption 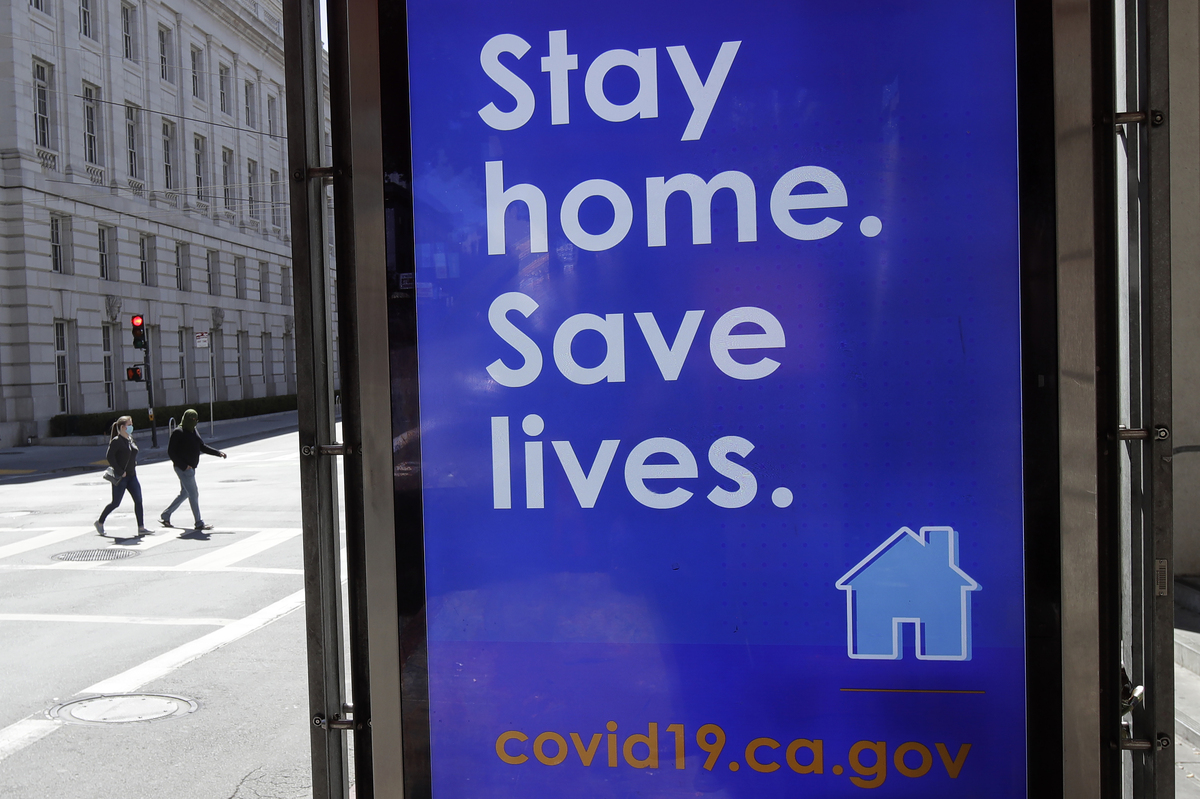 In San Francisco, a poster seen in March urges the public to socially distance in an effort to contain the spread of the coronavirus.

A coalition of health professionals is urging the nation's leaders to step back from the push to reopen the economy and shut down nonessential businesses to prevent the loss of more lives from the spiraling pandemic.

In an open letter to "decision makers," a group of doctors, scientists, teachers and nurses says leaders need to "shut it down, start over" and "do it right." The letter, which has been signed by more than 1,000 health professionals, says that means more testing and contact tracing, mandatory masks in all situations, more personal protective equipment and a ban on interstate travel.

The consequences of opening too soon

"Our core argument is that, unfortunately, the first time we did this, we didn't do it right," Dr. Krutika Kuppalli, an infectious disease physician who signed the letter, said in an interview with NPR on Wednesday.

That failure, she said, has brought the nation to where it is today with cases rising in 42 places and a death toll that crossed the grim milestone of 150,000 on Wednesday.

The rising caseloads are hampering efforts to do more testing and contact tracing and causing growing trouble for hospitals in small cities — facilities that are often the least equipped to handle the pandemic.

New shutdowns don't have to happen everywhere, Kuppalli said. They should be targeted in states that are particularly struggling to contain the virus — such as Arizona, California, Florida and Texas.

"Ideally, this would be coming from some sort of federal universal plan," she said.

That could be a tall order, given that Republicans and Democrats are still struggling to reach agreement on the newest pandemic relief bill.

"Many of the actions of our government thus far have fallen short of what the moment demands," according to the text of the letter.

Take face masks. Public health professionals encourage their use as an effective measure to slow the spread of infection. But face coverings have often been dubbed a partisan — or at least divisive — issue. While a growing number of states now mandate masks in public, many have resisted calls for such orders. In states such as Georgia, that has fueled tensions between mayors who want mask mandates and governors who don't.

To overcome these challenges, Kuppalli said it's important to better communicate the gravity of public safety measures like wearing masks. "We do need to work really hard in changing the narrative when it comes to these things," she said.