Accessibility links
Vote By Mail: More Than Half Of Young Voters Lack Resources Or Information As the coronavirus pandemic has upended normal balloting, a need for more information about how to navigate voting by mail could be particularly acute among young people of color. 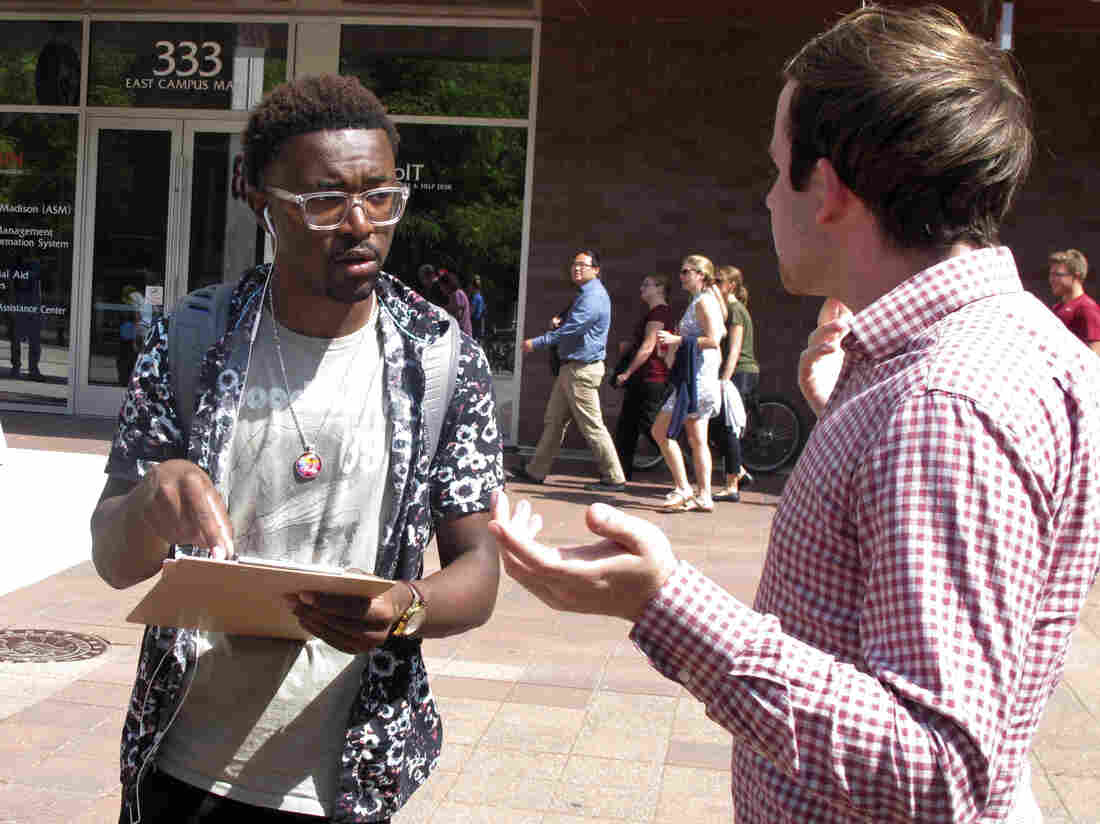 A University of Wisconsin student gets information about registering to vote from a NextGen America worker in Madison, Wis., in 2018. Scott Bauer/AP hide caption 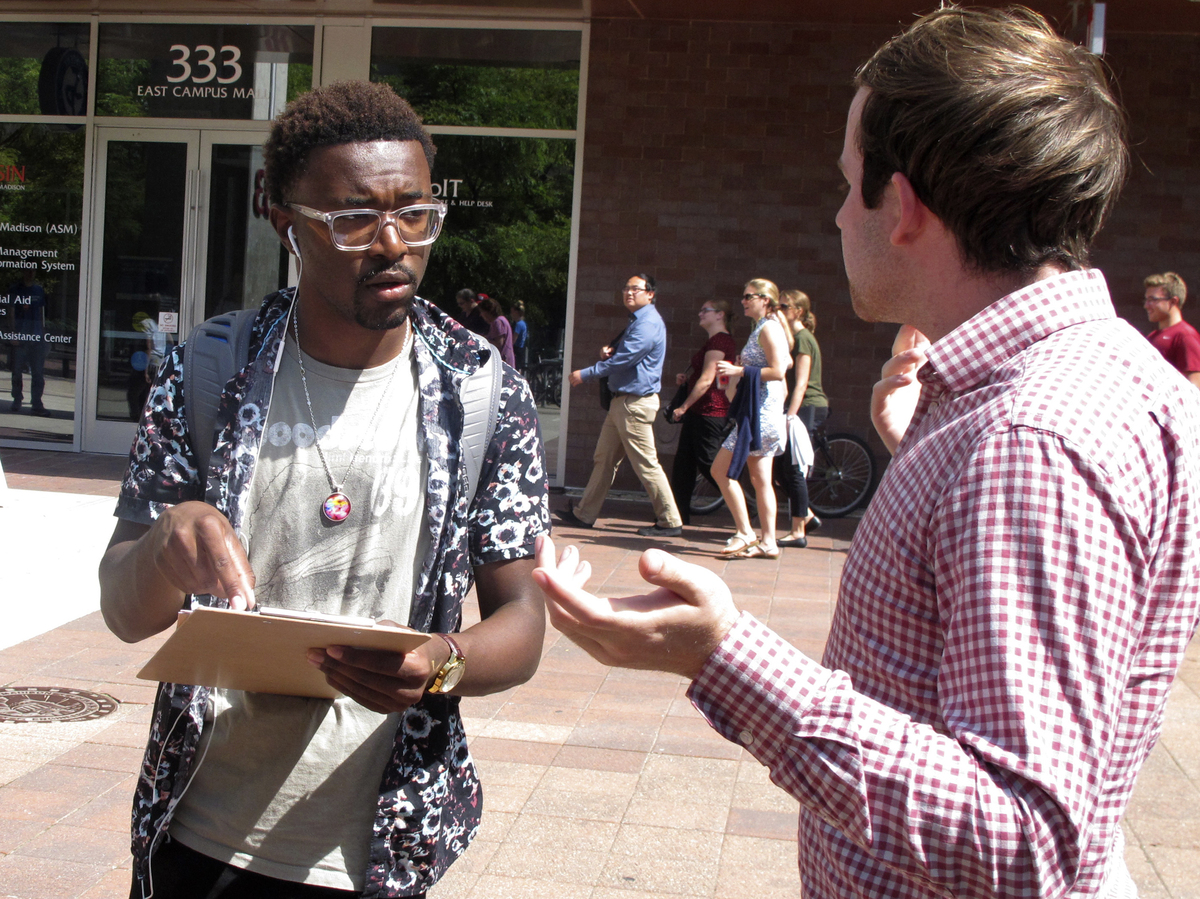 A University of Wisconsin student gets information about registering to vote from a NextGen America worker in Madison, Wis., in 2018.

As the coronavirus pandemic has upended normal balloting, more than half of voters under the age of 35 say they don't have the resources or knowledge they need to vote by mail in November, according to a new poll.

The poll was conducted by Global Strategy Group for NextGen America, a group that is focused primarily on engaging and turning out young voters.

"The problem is we've never voted in a pandemic before and some of these young people have never even voted before," said Ben Wessel, NextGen America's executive director. "And so when we look at the information about how to print out or, do you have the ability to print out a ballot request form or do you know how to get stamps or do you even know where to find more information? We're really understanding that we have a big job to do."

That need for more information about how to mail-in vote underscored in the poll could be particularly acute among young people of color who may face even greater challenges. 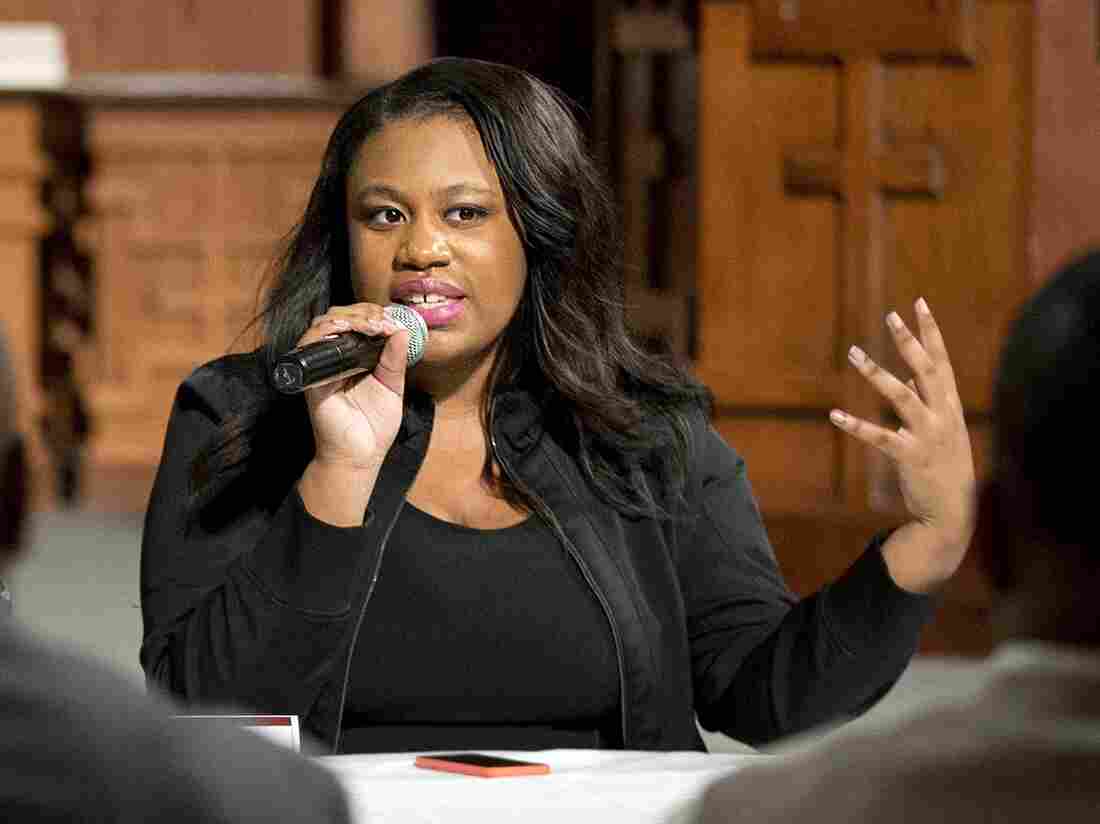 "A lot of Georgia voters are actually afraid to vote by mail ...," says Mary-Pat Hector. "And that's just something we can't afford." David Goldman/AP hide caption

Mary-Pat Hector, 22, says she's planning to vote in person this November but says she's also spoken to people who are skeptical of mail-in voting.

"A lot of Georgia voters are actually afraid to vote by mail," she said. "Many people who applied for an absentee ballot never received that ballot via mail. And they're afraid these same tactics will occur during the November the third election. And that's just something we can't afford."

Christina Williams, a political science student at Clark Atlanta University, says she often acts as in-house expert for her friends who are trying to navigate voting issues.

"I can't always answer their questions because we're all from different states. I may know Georgia and Pennsylvania, but I may not know California and Texas and everywhere else," Williams said. "So the fact that it's not more of a uniform, or even just a clear system. It is very difficult."

Past studies have shown that in the 2018 midterms, youth engagement spiked compared with four years prior.

Groups like NextGen America and others dedicated to mobilizing young voters hope to capitalize on that energy in a moment where the nation has been rocked by unrest in response to the killing of George Floyd at the hands of police and persistent racism. Meanwhile, a pandemic has ravaged the United States and an economic downturn has left tens of millions of people unemployed.

The poll shows that those under 35 have broadly favorable views of the Black Lives Matter movement, but disapprove of how President Trump has handled the coronavirus pandemic and issues of racial inequity.

Zoe De Leo lives in Phoenix and supported Vermont Sen. Bernie Sanders during the Democratic primary. She now describes herself as "Biden by default."

That's not an uncommon sentiment given that Biden did not have as much support among young Democrats as Sanders did.

"So to be completely honest, I'm feeling a little bit disheartened with everything that's going on in the world. But I am remaining hopeful for this upcoming November election," she said. "I feel like we can have some real change. So hopeful and disheartened at the same time."

Still, 77% of voters under 35 in the NextGen America survey said they were more motivated to vote than in any prior election.

Barbara Sprunt contributed to this report.