Accessibility links
No, President Trump Cannot Delay The Election On His Own A number of high-ranking Democrats have already said they would not consider an election delay, making the prospect extremely unlikely. 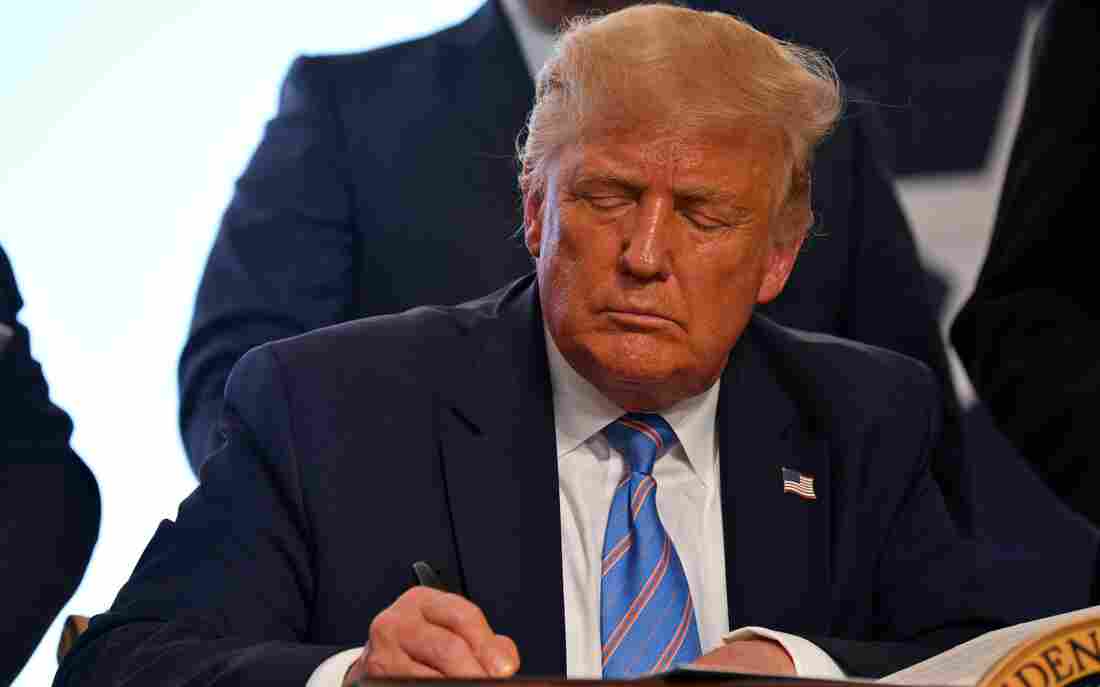 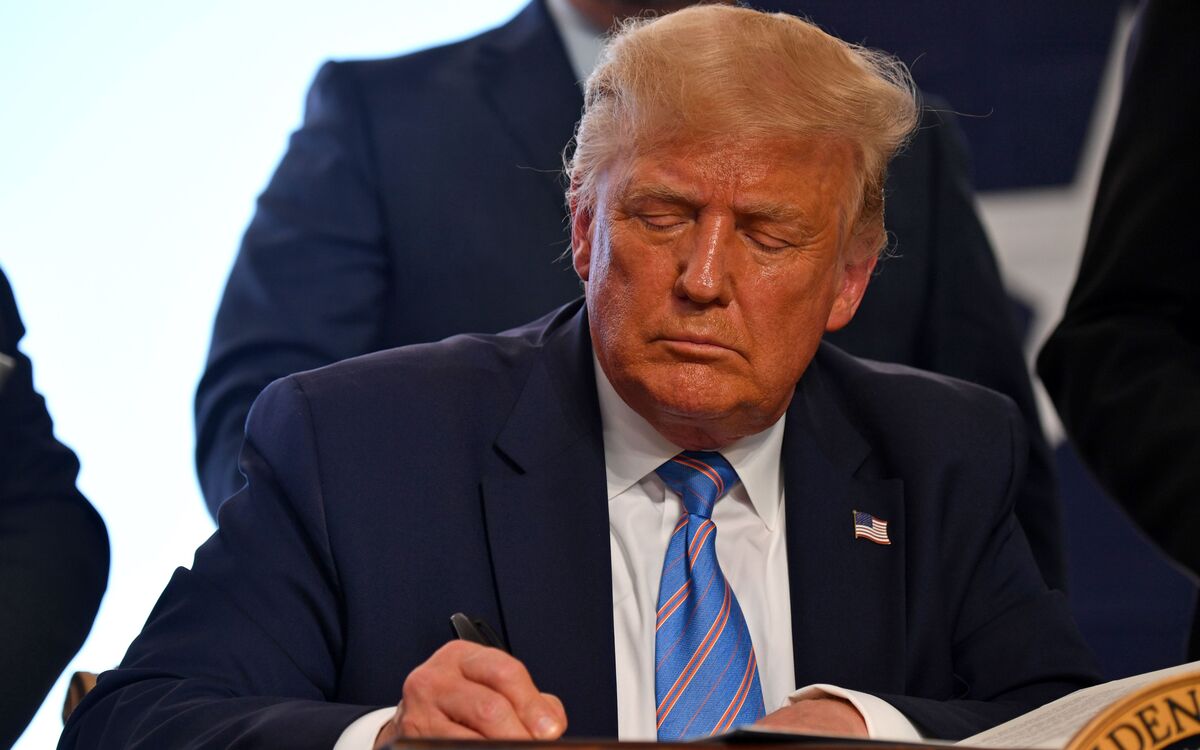 President Trump's tweet came about 15 minutes after news of the worst-ever-recorded quarterly performance of the American economy.

President Trump on Thursday mused about delaying this year's election based on unsupported conspiracy theorizing about the integrity of voting during the coronavirus disaster.

Trump used a Twitter post to repeat what has become a pet theme about what he calls the prospect of inaccuracies or fraud with mail-in voting.

With Universal Mail-In Voting (not Absentee Voting, which is good), 2020 will be the most INACCURATE & FRAUDULENT Election in history. It will be a great embarrassment to the USA. Delay the Election until people can properly, securely and safely vote???

Trump then said at a press conference at the White House in the afternoon that he actually does not want a "date change," as he called it, but he also offered several minutes' worth of comments about how he argues this year's practices aren't reliable.

"They'll be fraudulent. They'll be fixed. They'll be rigged," the president said of the procedures for the election in which he's seeking a second term.

Many of Trump's claims about voting by mail are not accurate. Trump also does not have the power himself to move the date of the election, which was set by an 1845 federal law placing it the first Tuesday after the first Monday in November.

Neither side supports the idea, which became clear over the day between Trump's post on Twitter and his later comments at the press conference.

Senate Majority Leader Mitch McConnell, R-Ky., reportedly agreed in an interview that the current date is "set in stone" on Thursday and top Democrats also rejected the idea of rescheduling.

"It's virtually inconceivable that the presidential election would be delayed," said Richard Pildes, a constitutional law professor at New York University.

Hogan Gidley, national press secretary for Trump's campaign, said in a statement on Thursday morning after the Twitter post but before the press conference that "the president is just raising a question about the chaos Democrats have created" with elections practices that Trump opposes.

House Judiciary Committee Chairman Jerry Nadler, D-N.Y., a frequent critic of the president, sought to reinforce that Trump does not have the ability to act on his own.

"Let's be clear: Trump does not have the ability to delay the election," he wrote on Twitter.

Let’s be clear: Trump does not have the ability to delay the election. Our elections are enshrined in the Constitution. The Constitution also says that if the date of the election is to be changed, it must be changed by Congress. https://t.co/WzVgBQqdSo

Rep. Zoe Lofgren, D-Calif., chairwoman of the House Administration Committee — which has jurisdiction over elections — called the proposal a nonstarter and observed that Americans have voted through many other times of crisis.

"Americans have voted during the Civil War, in the midst of the Great Depression, in the shadow of World Wars, and in the wake of terrorist attacks," she said in a statement. "Americans will stand united to vote this November."

Even if an election delay were agreeable to Congress, it's not clear when it would have to be rescheduled in order for Americans to "safely vote," as Trump says.

Delaying voting past December also would require a constitutional amendment adjusting the timelines for members of Congress and the new presidential administration to be sworn in.

"That's an enormously high bar and a lengthy process," Pildes said. "It certainly is unimaginable under the current circumstances."

Additionally, there is no nationwide turn to universal mail-in voting, and as much as half of the electorate is still expected to cast ballots in person. And while Trump draws a distinction between mail-in and absentee voting, there is essentially no difference.

Trump's tweet came about 15 minutes after news of the worst-ever-recorded quarterly performance of the American economy.

Trump has trailed his Democratic rival, former Vice President Joe Biden, in recent polls and is seen as needing to make up ground against him in states considered key to this year's race, including Michigan and Pennsylvania.

Biden had speculated that Trump might raise the prospect of changing the date.

In late April, Biden told donors in a fundraiser: "Mark my words, I think [Trump] is going to try to kick back the election somehow, come up with some rationale why it can't be held."

At the time, Trump rejected that out of hand, saying a few days later: "I never even thought of changing the date of the election. Why would I do that? November 3rd. It's a good number. No, I look forward to that election."