Accessibility links
Full D.C. Appeals Court Agrees To Take Up Michael Flynn Case A full panel of judges will consider the unusual situation in which the Justice Department has asked to drop charges against a defendant who has admitted guilt. 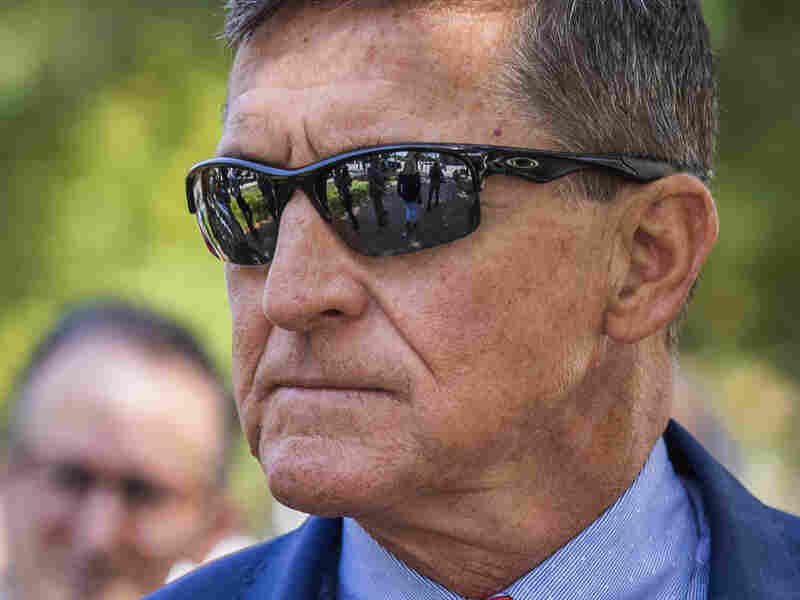 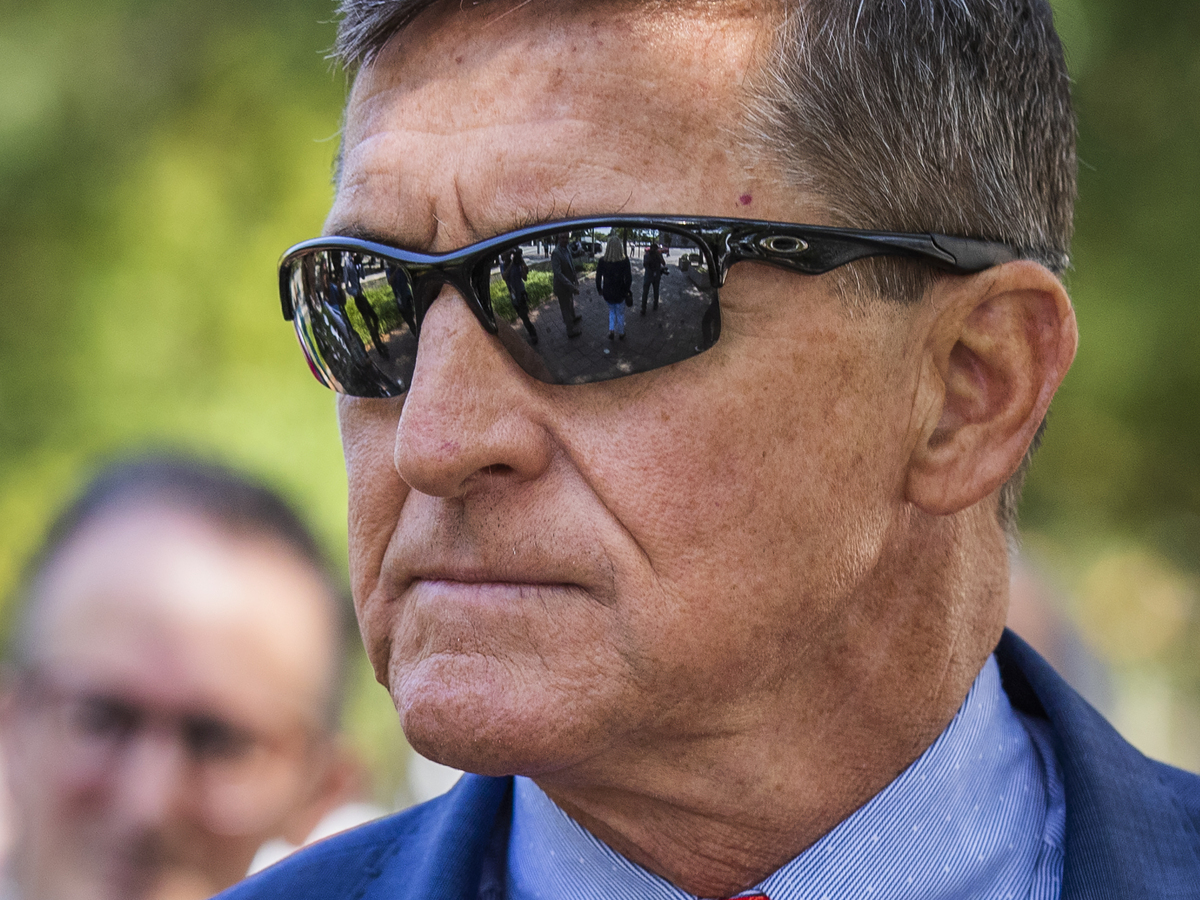 Former national security adviser Michael Flynn's legal odyssey continues after the full U.S. Court of Appeals for the District of Columbia Circuit agreed to hear oral arguments in the case next month.

The full U.S. Court of Appeals for the District of Columbia Circuit says it has scheduled oral arguments in the case of former national security adviser Michael Flynn on Aug. 11.

A smaller panel of judges within the D.C. Circuit ruled earlier that a lower-court judge must terminate the case against Flynn, as requested both by his attorneys and — in an unusual wrinkle — the Justice Department.

That lower-court judge, U.S. District Judge Emmet Sullivan, said he wanted to probe the reasons for the government's move, but the smaller appellate panel ordered him to stop that work and simply end the matter.

Sullivan asked for the full appeals court to consider the case, and it agreed on Thursday.

Next installment in long saga

Flynn's legal odyssey has been churning for years — he pleaded guilty to lying to the FBI about his conversations with Russia's then-ambassador to the United States in the waning days of President Barack Obama's administration. Flynn then became what the government called a model cooperator in the Russia investigation.

That relationship soured, however, after Flynn replaced his legal team.

Flynn's attorneys began to press for the revelation of more material they called pertinent to his case and sought to withdraw his initial guilty plea. In their eyes and those of supporters, the actions of the FBI and Justice Department were improper.

In the meantime, William Barr became attorney general and amid broad Republican political antipathy toward the legacy of the Russia investigation, took a sympathetic view of Flynn's case.

So Barr and the Justice Department told Sullivan they wanted to abandon the prosecution of Flynn even after his admission of guilt, prompting the judge to initiate an investigatory and advisory process aimed at learning how the government had reached that decision.

A former judge appointed by Sullivan to give him an assessment about the government's position called it an abuse of power by an attorney general obviously acting favorably toward a friend of the president.

Barr, meanwhile, defended his handling of the Flynn matter then and now, including at a hearing this week before the House Judiciary Committee.

The full D.C. appeals court likely will assess whether Sullivan can go ahead with the consideration and investigation of the government's change of heart; the smaller panel of judges ruled that he had overstepped himself and violated the privilege of the executive branch to reach decisions about prosecutions confidentially.