Accessibility links
StoryCorps: Remembering His Mexican American Roots, Planted Under A Tree At StoryCorps, Tomás Ybarra-Frausto remembers lessons his family passed down to him that have continued to reaffirm his pride in his Mexican American heritage and as a Spanish speaker. 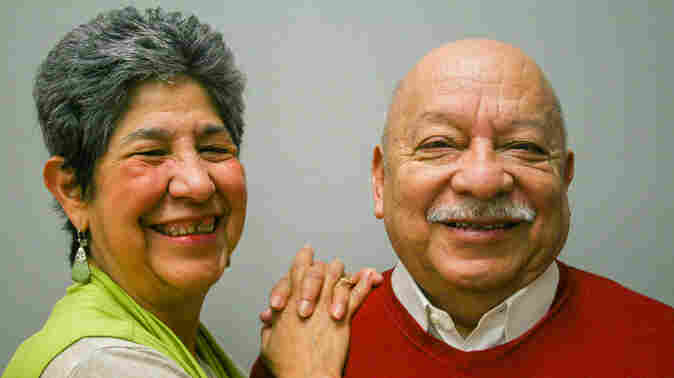 TomÃ¡s Ybarra-Frausto, right, told his friend Antonia CasteÃ±eda the lessons he learned from his family about his Mexican American heritage during a 2012 StoryCorps interview in San Antonio. Anaid Reyes for StoryCorps hide caption 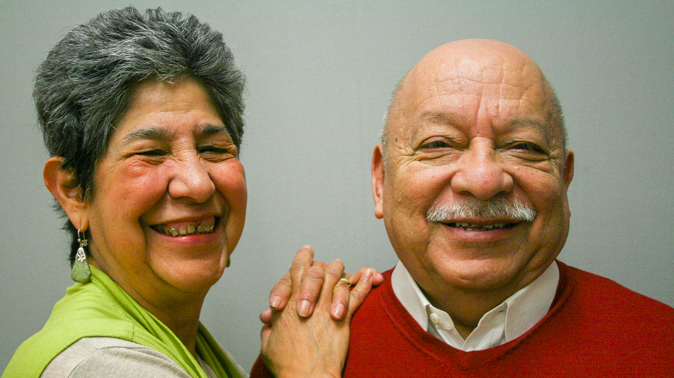 TomÃ¡s Ybarra-Frausto, right, told his friend Antonia CasteÃ±eda the lessons he learned from his family about his Mexican American heritage during a 2012 StoryCorps interview in San Antonio.

Tomás Ybarra-Frausto grew up in the 1940s, just outside of San Antonio, on a ranch that belonged to his grandfather.

"The one thing that was instilled was traditions that were related to the land," Ybarra-Frausto, 83, told his friend Antonia Casteñeda, 78, in a StoryCorps interview from 2012.

An early memory tied to those traditions, he said, was an umbilical cord ceremony. "The umbilical cord they had taken away when you were born, it was in a little box," he said. "You got to pick where you wanted that to be buried."

In Mexican culture, the ritual of burying an umbilical cord stump represents the planting of a child's roots to the surrounding land and community, further cementing one's heritage.

When he was about four years old, Ybarra-Frausto decided he wanted to bury it under a tree in the middle of his family's ranch.

"It was pretty desolate," he said. "But in the middle was this beautiful tree where people always went for shade as they worked. And so I pointed to that."

His family told him: "This is the place where you're born, so no matter where you end, this is where you began."

It wasn't until elementary school that he says he started to understand what it meant to be Mexican American, he said. On the first day of first grade, his teacher told the class that, because they were all American, they were going to learn English.

That's when he remembered the words his father told him. "My father says I'm an American, that's why I speak Spanish," he recalled telling his teacher. Ybarra-Frausto said she punished him by putting him in a corner of the classroom.

His father, he said, was proud that his son was learning English. But that didn't take away from the other language he spoke, his dad told him. "A person who speaks two languages is worth two times the person who speaks only one," Ybarra-Frausto recalled him saying.

In the late 1980s, Ybarra-Frausto moved to New York — and lived there for nearly two decades — to work for the Rockefeller Foundation as the associate director of arts and culture. And even though he was far away from aunts and uncles in Texas, he continued to find solace in his family's traditions.

"I would be sitting there with a book and all of a sudden I would think about my tíos and tías in San Antonio and in Texas and I could feel, like, my ombligo [belly button] going down the staircase, from my apartment all the way down to that tree because I knew that that's where I'm from."

Emma Bowman adapted this story for the Web.