Accessibility links
Review: 'Must I Go,' By Yiyun Li Yiyun Li's new book — about a woman looking back on her life by annotating the diary of her late ex-lover — plays with both Vladimir Nabokov's Pale Fire and Li's own previous work. 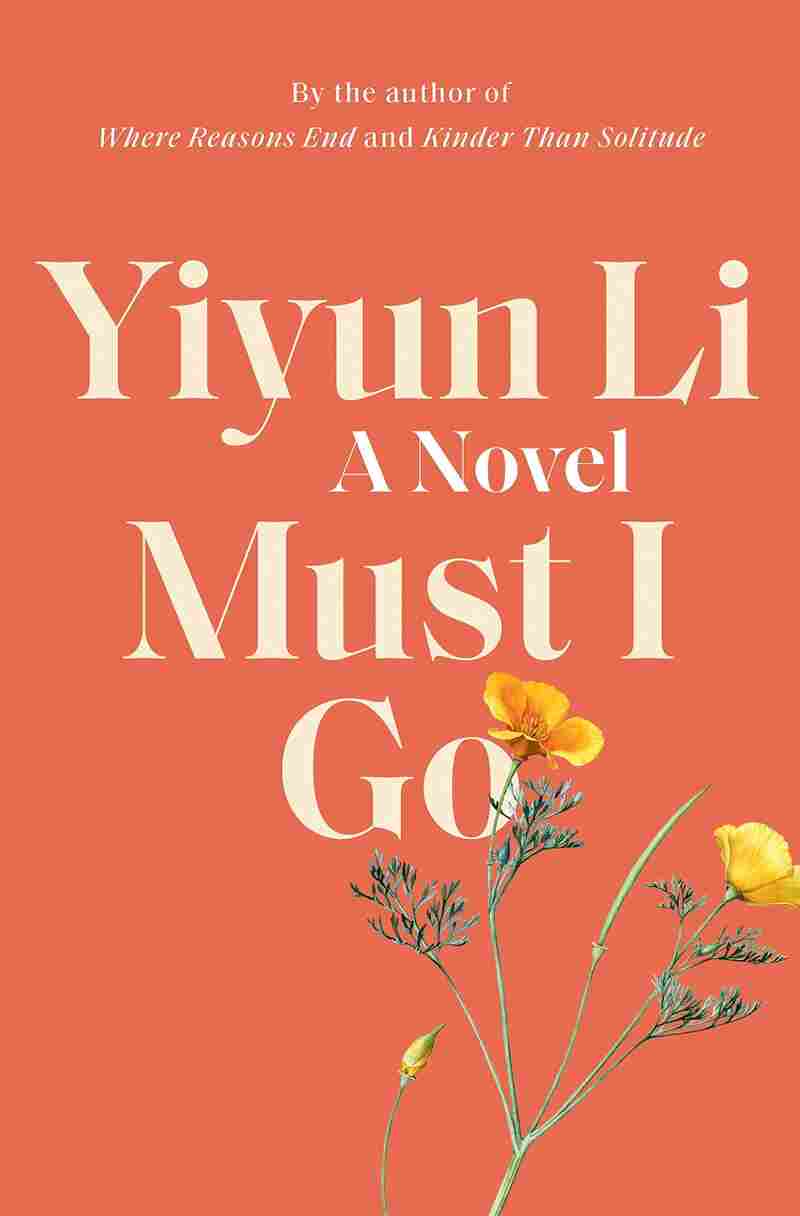 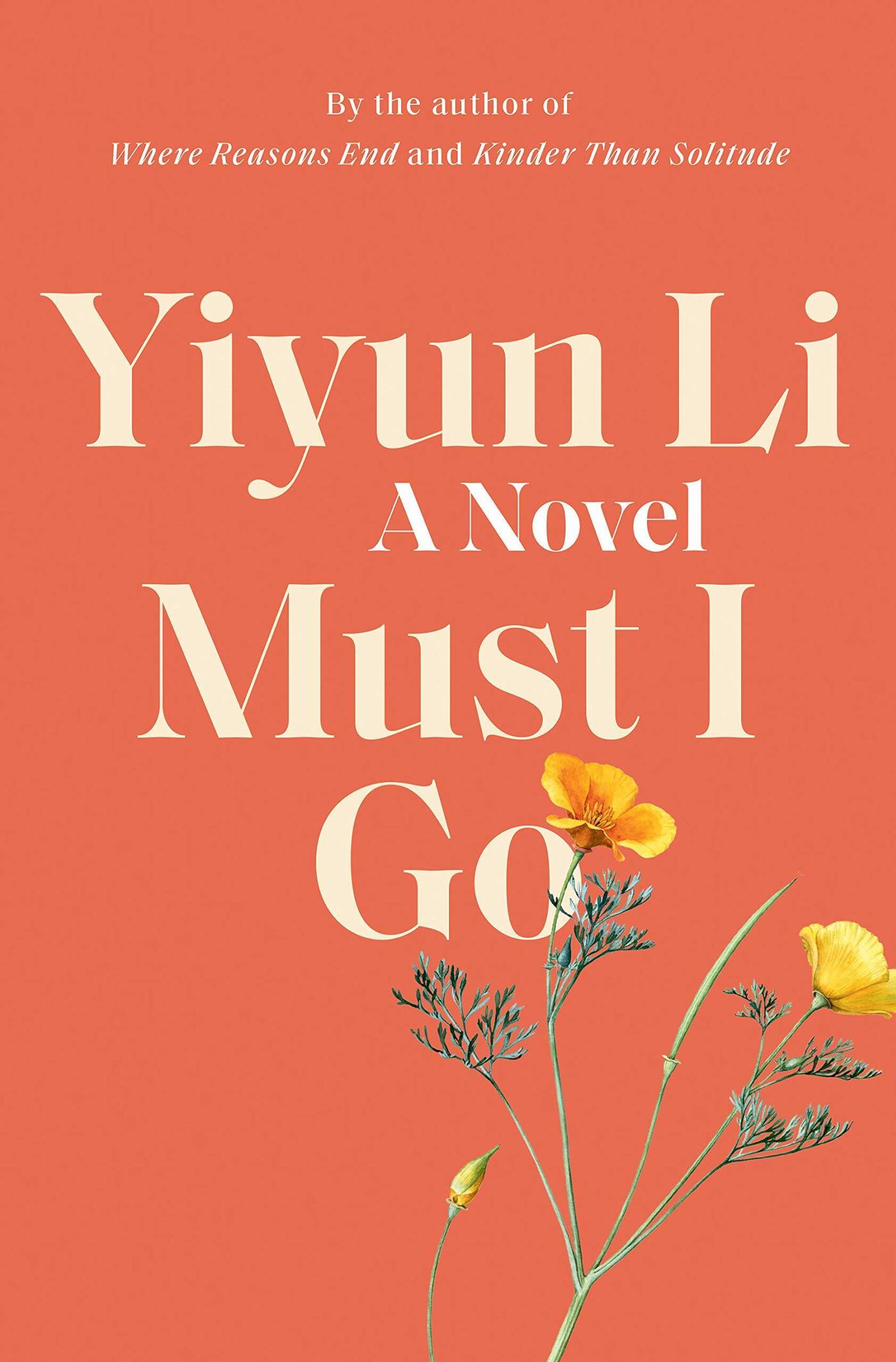 Must I Go is a concentric exploration of narrative voice, love, grief, marriage, and family history that seems to echo the Hamilton song, "Who Lives, Who Dies, Who Tells Your Story." Yiyun Li's new novel begins in 2010, with 81-year-old Lilia Liska Imbody looking back on her life as she annotates her ex-lover Roland Bouley's posthumous diary.

This fictional device is "meta" in the sense that it allows Li to play with Nabokov's Pale Fire. Her Lilia — no-nonsense and sharp-tongued — is the anti-thesis of Nabokov's shifty, delusional Charles Kinbote. Roland, on the other hand, suggests a composite caricature of Kinbote and John Shade — the minor, pretentious poet whose poem "Pale Fire" Kinbote annotates. Orphaned at an early age, despite his extensive travels and brief career as a spy during World War II, Roland remains maddeningly obtuse and provincial in most of his daily scribblings. Lilia comments, "Poor Roland — he kept his diary like a diligent farmer, never missing a season. But what did he reap but forgetfulness?"

So why would Lilia, who does not suffer fools gladly, take on Roland's self-indulgent oeuvre? The reason mainly has to do with their daughter Lucy, the product of a brief affair. Lilia never told Roland that Lucy was his daughter; and the latter's death by suicide (a given, not a plot spoiler) haunts Lilia throughout her long life. Roland's diary gives Lilia an emotional outlet, and also provides her access to his mental landscape, wherein she tries to pinpoint the origin of her daughter's despair.

Most poignantly, Must I Go can be read as an extension of Li's 2019 semi-autobiographical novel, Where Reasons End. In that novel a mother and her dead teenage son have a series of imaginary conversations, where they reminisce about happy times and try to come to terms with the son's suicide. In Must I Go, Lilia, like the mother in Where Reasons End, continues to wrestle with grief in the resolute and unsentimental ways she carries on with daily life:

Crying is not my way. Arguing is. I haven't stopped arguing with Lucy for thirty-seven years. The children I've raised, the husbands I've seen die in their beds, my gardens, my reading Roland's diary — everything in my life is a part of that long argument with Lucy.

As in Where Reasons End, Lilia's extended argument with her deceased daughter also exposes the inadequacy of language to express difficult, "unspeakable" subjects. She resists grief's metaphor of a broken heart since it fails to capture the immensity of a mother's loss. At the same time, Lilia acknowledges that "words are the most useless things that we cannot afford to lose." In expanding and elucidating Roland's narrative, Lilia becomes Demeter, who resurrects not only Persephone/Lucy from Hades' dark realms, but also her own legacy. Her remembrance is encapsulated by the image of golden poppies, which signals the month of Lucy's death and also Lilia's family history, beginning with the California Gold Rush.

'Dear Friend' Is A Fraught And Unusual Memoir

In juxtaposing Lucy's suicide with Roland's self-centered narrative, Li also raises a provocative question: Is suicide just an underdeveloped story that requires editorial intervention? While Roland's myopic narrative can be compared to Lucy's unrealized potential, from another angle his refusal to aggrandize his personal account with heroic tropes shows that Roland has personal integrity. Both Roland's loyalty to his banal trajectory and Lucy's willed demise can be seen as examples of self-determination that arguably defy the common concept of tragedy. As Lilia wonders, "Is it so much of a tragedy if you live your life a little differently from most people? And choose to die in a different way than most people?"

In this vein, Must I Go can also be construed as Li's invitation for us to cede our "I" when approaching a literary text. Rather than making narrative details fit our preconceived notions, we should be attuned to the text's subtle, seemingly contradictory revelations. From this approach Roland emerges as less self-centered, more reflective and vulnerable, "It only recently occurs to me that I have mostly lived an island life: Nova Scotia, Manhattan, Hong Kong, England. The only time I wasn't on an island was when I travelled with Sidelle." Lilia, while stridently pragmatic, confides that a lasting marriage needs a leap of faith, a moment when both partners "[take] each other for better people than they [are]."

While Li may not be religious, her contemplative novel brings to mind John Donne's "Meditation XVII — Devotions upon Emergent Occasions," or what's commonly known as "For Whom the Bell Tolls." Like Donne's devotional on the intimacy of death that connects all human beings, Must I Go affirms the complex bonds of divergent characters who learn to navigate through loss. The novel also serves as a literary equivalent of Schrödinger's cat: In recapturing lost time through Roland's diary, Lilia can exist in an infinite loop between ending and beginning.

Thúy Đinh is a writer, literary translator, and co-editor of the Vietnamese e-zine Da Màu (Multitude). Her work has appeared in NBCThink, Asymptote, diaCRITICs, Amerasia Journal, Pop Culture Nerd, among others. She tweets @ThuyTBDinh