Accessibility links
Report: Democrats Set For Suburban Gains In Battleground States The Third Way report shows Democrats have surged in the suburbs. That could help them get over the finish line in Michigan, Pennsylvania, Florida, North Carolina and Wisconsin. 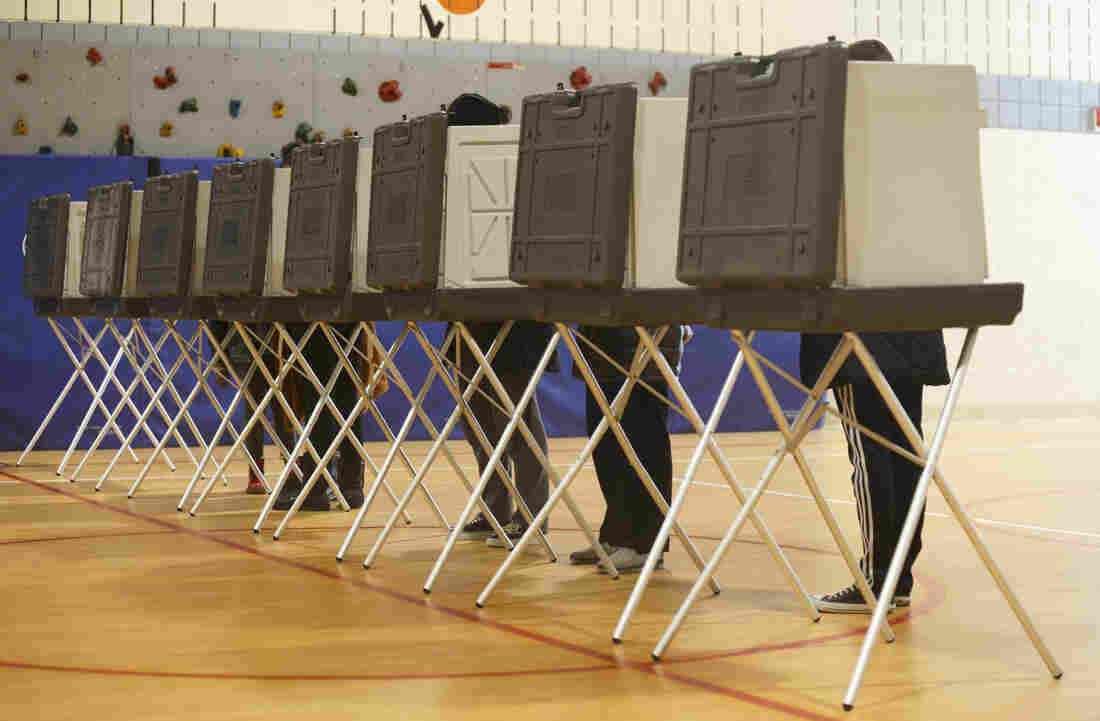 Voters cast their ballots at a polling place at Cromie Elementary School in Warren, Mich., in March. Warren is in Macomb County, considered a critical suburb in the presidential election. Elaine Cromie/Getty Images hide caption 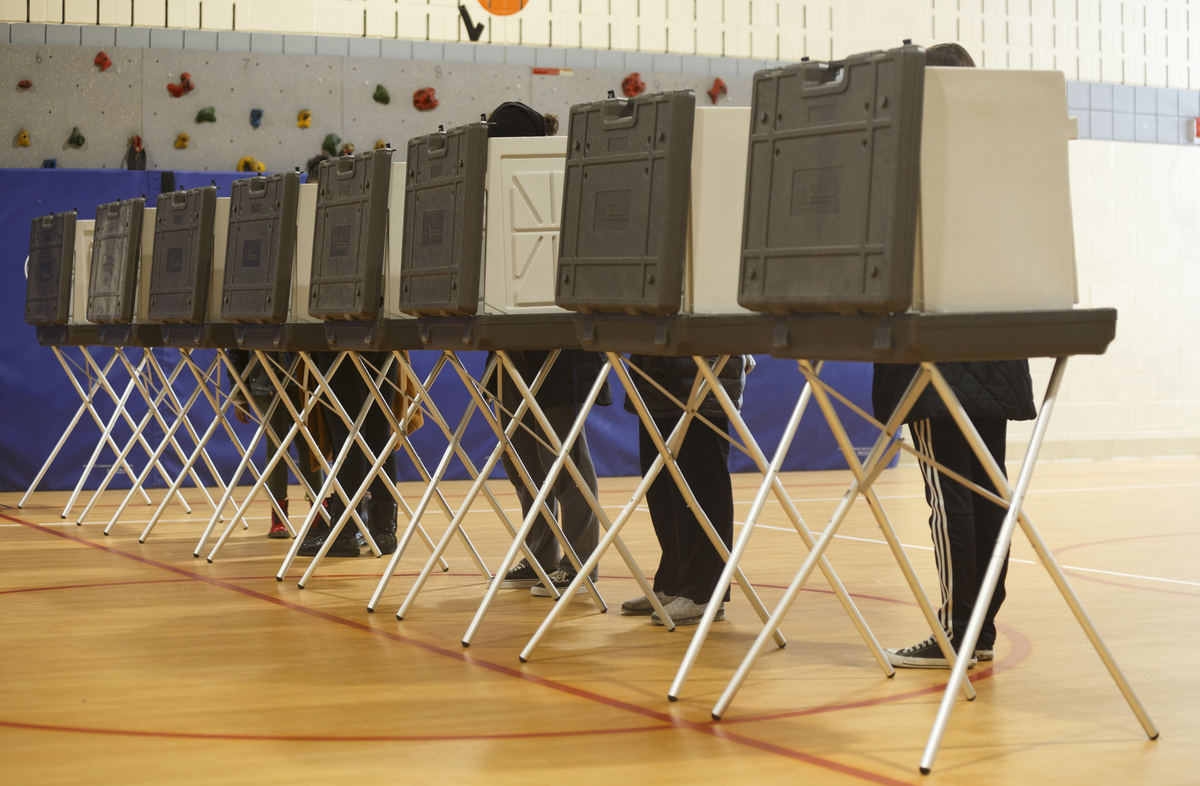 Voters cast their ballots at a polling place at Cromie Elementary School in Warren, Mich., in March. Warren is in Macomb County, considered a critical suburb in the presidential election.

A new report from the centrist Democratic group Third Way, shared first with NPR, finds that Democrats are on track to win the suburbs in five of six key states they lost in the 2016 presidential election.

The analysis is based on voter-file data from the progressive-aligned firm Catalist and models that measure the likelihood of people to vote Democratic or Republican. It finds the following:

Democrats are in position to win majorities in the Michigan and Pennsylvania suburbs, which would set them up to win both states.

Democrats should get close or just reach a majority in the Florida, North Carolina, and Wisconsin suburbs, which would put them in a dead heat with Republicans in these states.

And Democrats are on target to win a majority in Arizona's suburbs, but preliminary estimates still show Republicans with a slim advantage statewide. But additional analysis is needed for Arizona.

In other words, based on this analysis and Democrats' current polling strength in the suburbs, they are on track to win Michigan and Pennsylvania and are on the precipice of doing so in Florida, North Carolina and Wisconsin.

If in this fall's election, Joe Biden (the presumptive Democratic nominee) were to win Michigan and Pennsylvania and hold all of the states Hillary Clinton won in 2016 against President Trump, Biden would be at 268 electoral votes. That's just two electoral votes short of the majority needed to be president, meaning Biden would need just one more state to cross the 270 threshold.

Either way, this measure finds the water level has risen for Democrats up and down the ballot in key states. The findings establish the kind of baseline that Democratic campaigns would use to measure which voters are most likely to turn out for them or their opponent, or are persuadable.

This analysis is not a poll and is not tied to a specific candidate. In some states, Trump is doing worse in surveys than this baseline measure shows.

In Arizona, for example, the analysis shows Democrats at 48%. Biden is averaging around that or slightly higher in polls, but Trump is 8 points below what a Republican might get statewide.

That is likely because of external factors, according to Ryan Pougiales, who wrote the report and is a senior political analyst with the group. Trump's handling of the coronavirus and race relations, for example, have weighed him down in recent months, and in some places there may be a significant percentage of Republicans who would be willing to vote for a GOP presidential candidate — but aren't comfortable with Trump.

Overall, Third Way notes that Clinton lost these six states by a combined 455,204 votes. She lost suburban counties in those same states by 560,412, more than accounting for the margins in those states.

Biden has been polling ahead of Trump by historic margins in the suburbs, and that will be necessary for him to win, Pougiales writes.

"A theme across the battlegrounds is that Democrats' potential gains are concentrated in smaller, red-to-purple suburban counties rather than bigger ones that are already reliably blue," he notes. "But Democrats will have to deliver big numbers across the suburbs to win. Beating Trump this year won't be easy, Democrats have to hit their marks across the map, but it begins and ends with winning America's suburbs."