Accessibility links
Twin Rulings By Federal Judge Block 'Public Charge' Rules For Immigrants The judge cites the coronavirus pandemic in blocking the Trump administration's attempt to widen the criteria for what makes an immigrant a "public charge." 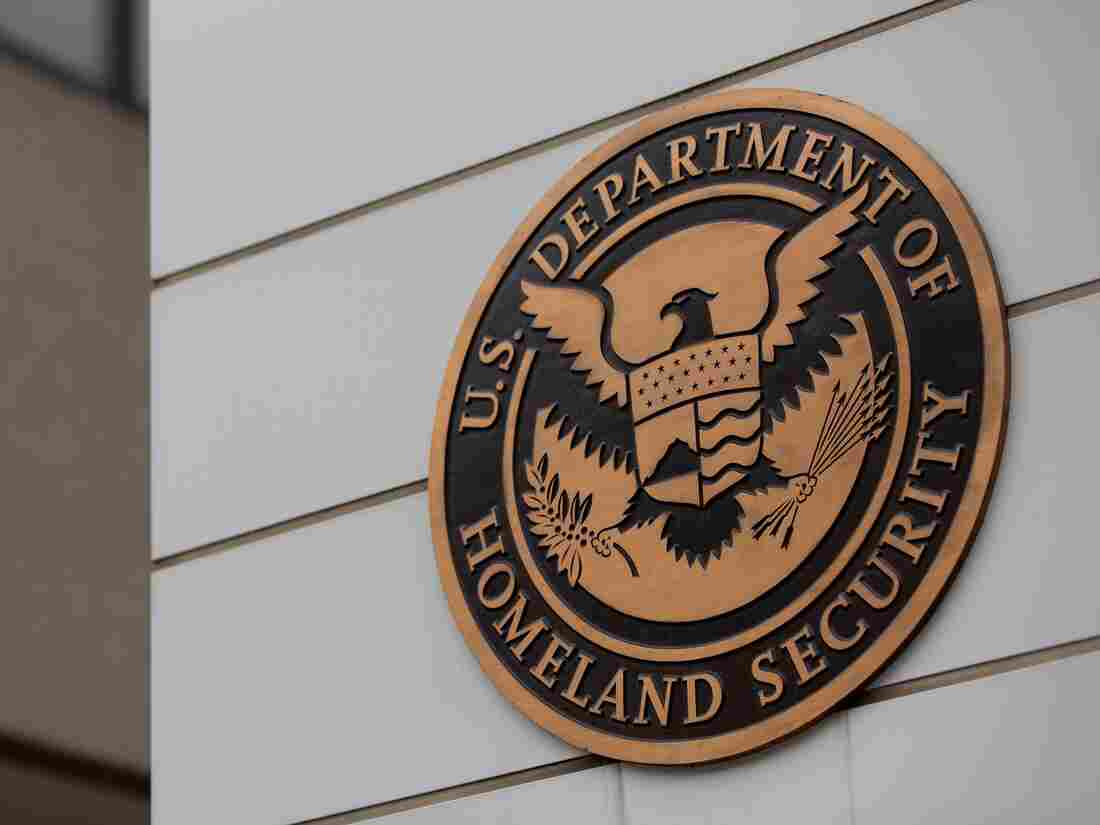 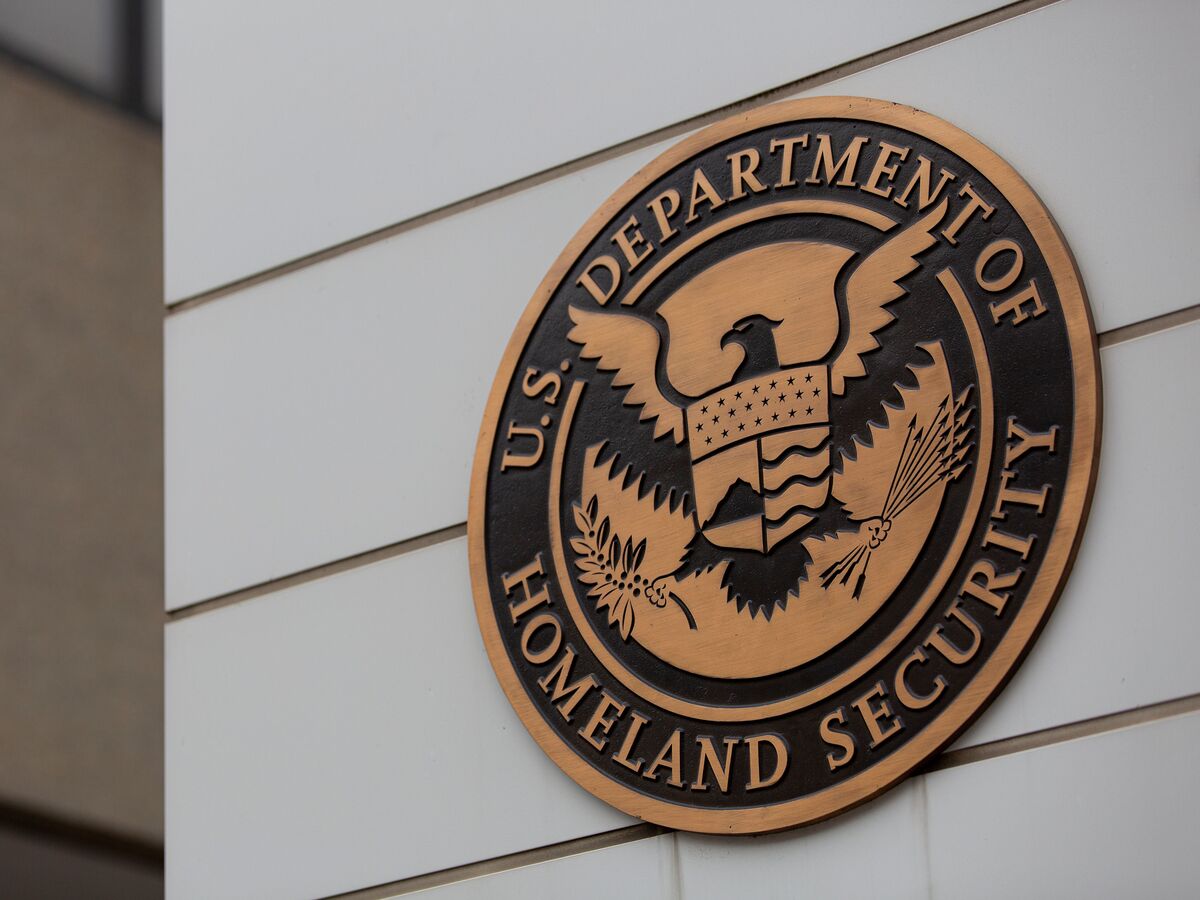 A federal judge blocked further implementation of a rule issued last year by the Department of Homeland Security.

The measures, which are now on hold, had broadened the grounds under which immigrants could be considered "public charges," a label that can harm the chances of obtaining either a green card or entry to the United States.

In the two blistering decisions, Judge George Daniels of the U.S. District Court of the Southern District of New York says the national health emergency from the coronavirus pandemic provides grounds for granting the preliminary injunctions.

In a decision that applies nationwide, the judge blocked further the implementation of a rule issued last year by the Department of Homeland Security. The Trump administration's rule widened the definition of a "public charge" — historically, a person entirely dependent on public aid for survival — that can be used for denying a change in immigration status.

Under the DHS' revised definition, any non-U.S. citizen or legal resident who receives government assistance such as food stamps, public housing vouchers, Medicaid or welfare payments for 12 months or more over a three-year period can be considered a public charge.

Judge Daniels agrees with the plaintiffs — who include the states of New York, Connecticut and Vermont as well as New York City — that the coronavirus pandemic has rendered obsolete a Jan. 27 ruling by the U.S. Supreme Court.

That split decision blocked an Oct. 2019 injunction issued by Daniels against the broadened public charge rule, but it also allowed for further litigation against the measure in the lower court.

"Much has significantly changed since Jan. 27," Daniels wrote in his 31-page ruling, noting the devastation produced in the U.S. by the pandemic. The Health and Human Services secretary declared a national public health emergency four days after the high court's decision.

"What were previously theoretical harms have proven to be true," Daniels added. "We no longer need to imagine the worst-case scenario; we are experiencing its dramatic effects in very real time."

The U.S. Citizenship and Immigration Services branch of DHS began to apply its revised "public charge" definition in late February. But it made an exception to that rule for people seeking medical help related to the pandemic.

"USCIS encourages all those, including aliens, with symptoms that resemble Coronavirus 2019 (COVID-19) (fever, cough, shortness of breath) to seek necessary medical treatment or preventive services," the agency advised in an "Alert" posted on its website. "Such treatment or preventive services will not negatively affect any alien as part of a future Public Charge analysis."

But Daniels was unswayed by that "Alert."

"Doctors and other medical personnel, state and local officials, and staff at non-profit organizations have all witnessed immigrants refusing to enroll in Medicaid or other publicly funded health coverage, or forgoing testing or treatment for COVID-19, out of fear that accepting such insurance or care will increase their risk of being labeled a "public charge," the judge wrote.

"Even if immigrants act in part on mistaken belief,' Daniels continued, "the Supreme Court has recognized injury where the plaintiff's harms are based on the 'predictable effect of Government action on the decisions of third parties,' even if such decisions are 'motivated by unfounded fears.'"

The judge pointed out that the Alert only spares immigrants who enroll in Medicaid solely for treatment of COVID-19 and who disenroll once that treatment has ended. He also noted that temporary relief for immigrants who have lost jobs due to the pandemic, such as food stamps, is not exempted under the Alert.

"There is also a question of whether it should be applied to future deadly plagues, earthquakes, hurricanes, tornadoes, floods, or other natural and manmade disasters that threaten the health and safety of citizens and immigrants alike, through no fault of their own," Daniels wrote of the rule redefining the grounds for being considered a public charge. "The Rule has demonstrably failed the first real world test of its application."

In a similar vein, Daniels issued a separate ruling Wednesday putting a hold on a State Department rule revised in 2018.

That rule requires that foreigners applying for immigrant visas to the U.S. show they have "approved health insurance" to avoid being labeled a public charge. It also considers a person a public charge if they have received 12 months of public assistance during a 36 month period.

"The Proclamation directs immigrants to purchase limited or temporary insurance plans that technically satisfy the Proclamation's requirements but do not actually provide comprehensive coverage," Daniels wrote in the 52-page ruling. "As a result, immigrants will be left underinsured and at greater risk of incurring uncompensated costs that will ultimately fall on and burden local and state governments."

The judge's decisions were applauded by immigrants' rights advocates. In a press release, Brittany Thomas of the Center for Constitutional Rights called the decisions "great victories for the plaintiffs and immigrant communities, who can now access life-saving benefits without fear."

One of the plaintiffs suing the Department of State hailed Daniels' injunctions as stopping "reckless and inhumane attacks" by the Trump administration on immigrant communities.

"The public charge rules by both DHS and DOS attacked our loved ones," Javier H. Valdés, co-executive director at Make the Road New York, said in an emailed statement, "by imposing a racist wealth test on the immigration system, leaving working immigrants to choose between vital services or remaining together with their families."

An appeal by federal authorities to the twin decisions is expected. On Thursday, a USCIS spokesperson told CBS that while the agency is currently reviewing the judge's ruling, "USCIS will fully comply with the court's order and will be providing additional guidance."