Accessibility links
Hispanic Emmy Nominations Lacking, Even As Black Nominees Gain Ground While the 2020 Emmy nominations announced this week were notable for the number of Black shows and creators, they were woefully lacking representation of Latinx talent. 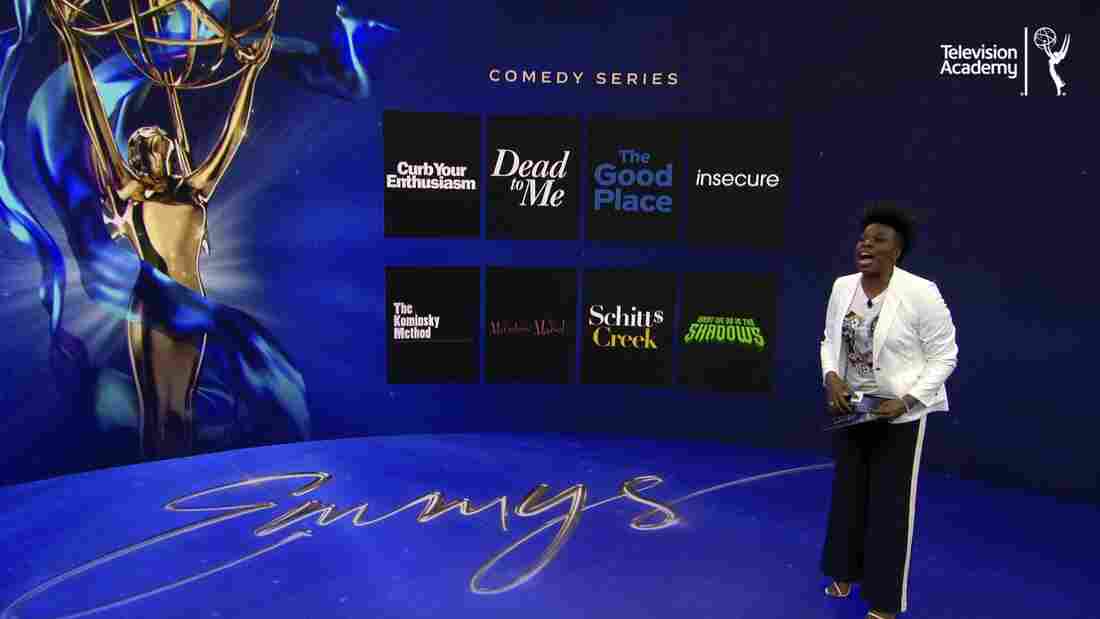 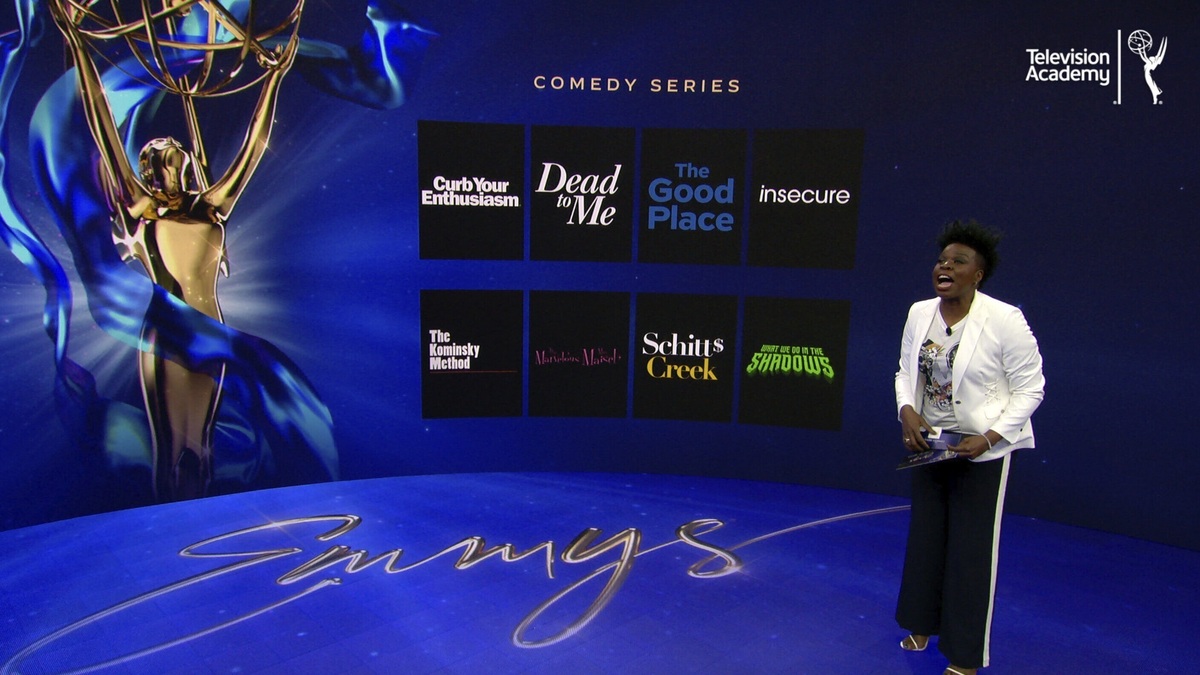 Invision for The Television Academy

In avoiding one racial controversy, Emmy voters created another one.

Voting for 2020 Primetime Emmy nominations got underway in early July, just as the nation was focused on the anti-racism reckoning begun by the killing of George Floyd by Minneapolis police. The general public was seeking out films and TV shows centered on Black people and issues to learn more; TV critics like me wondered how that dynamic might affect the Emmys.

So it made sense when Emmy nominations were revealed Tuesday that voting members of the Academy of Television Arts and Sciences recognized a surprising number of seriously deserving Black performers, technicians and creators.

But it also exposed another racial blind spot in Hollywood: The tendency to see anti-racism and diversity issues only in Black and white terms.

Because, once the dust cleared and the celebrations for Black nominees like Issa Rae, Regina King and Yahya Abdul-Mateen II faded, it was obvious that Hispanic artists, performers and creators had been severely shortchanged. There were no nominations in major categories for Latinx talent.

From Boyle Heights To Netflix... And Back To The Neighborhood

Gloria Calderón Kellett, showrunner for One Day at a Time – which reinvented the classic, '70s-era Norman Lear sitcom by centering it on a Cuban American family — wrote a poignant message on Twitter, where the hashtag #LatinosAreOnTVToo emerged.

"I didn't used to care about awards shows until I realized that they are commercials for dominant culture," she wrote. "In trying to change the conversation, they are important in impacting pop culture through honest representation to make a more equitable world. The playing field is not even."

Journalist Rosy Cordero wrote a powerful column for Entertainment Weekly headlined "Stop acting like there aren't Latinx stars deserving of Emmy nominations." "It's almost as if networks and streamers are doing the minimum to check off their diversity efforts, but don't really believe in these stories enough to invest in their success," Cordero wrote. "I hope that I am wrong."

Frankly, I think she's onto something.

I have to confess stumbling into this blind spot myself. While covering the Emmy nominations for NPR, I was giddy right alongside nominations host and Saturday Night Live alum Leslie Jones, who gave a shout out to several Black folks who received hard earned nominations on Tuesday.

For a critic who covered TV back in 1999, when that fall season featured no significant Black characters on any new show on the Big Four broadcast networks, Tuesday's results seemed like a dream.

Octavia Spencer getting her first Emmy nomination for a limited series on the life of Black millionaire Madam C.J. Walker? Five Black nominees for supporting actor in a comedy series? Issa Rae's HBO comedy Insecure finally landing its long-deserved nomination for best comedy series for perhaps its best season yet?

To top it all, the most nominated TV series of all, with 26 nods, was the one where HBO took a beloved graphic novel superhero story and centered it on Black characters: Watchmen.

That success blinded me for a minute to the way my brown brothers and sisters had been left behind. It's a dynamic I also reported on back in 2016 while writing about a study on the lack of representation in film and TV series by researchers at the University of Southern California.

"Across TV and film, the underrepresentation of non-white characters falls mostly on Hispanics," I wrote then about the study. "Among more than 10,000 characters whose race could be identified, proportions of white, black and Asian characters came close to U.S. population figures. But Hispanics were just 5.8 percent of characters, despite being about 17 percent of the U.S. population, according to Census Bureau data."

Then and now, Hispanics are the largest non-white group in America. But, somehow, here we are again in entertainment-land, facing a paradox when it comes to Hollywood and marginalized people: Sometimes a rising tide doesn't lift all boats, even when it should.

I have two theories about why this happens. First, when it comes to racial issues, America often gravitates to the Black/white dynamic, thanks to our history with slavery and the Jim Crow laws which both built up the country's wealth and officially oppressed Black people for centuries. This is the wound we can't stop picking at in American society, because we have never confronted the legacy of this brutality in the way South Africa did through its Truth and Reconciliation Commission.

Second, a look at Nielsen ratings reveals that Black-centered shows regularly attract Black viewers. But Hispanic viewers react differently when it comes to English-language series. Because so many different nationalities and ethnicities are categorized as Hispanic, a show featuring, say, a Cuban American family might not resonate as strongly among non-Cuban American Hispanic viewers.

So, when Hollywood creates Black centered shows, they can get more praise for cultivating non-white viewers, which brings more industry attention, which can translate into Emmy nominations.

Welcome to the world inhabited by most people of color, where climbing one mountain when it comes to race winds up revealing a whole new mountain range ahead of you.

To them I say: Welcome to the world inhabited by most people of color, where climbing one mountain when it comes to race winds up revealing a whole new mountain range ahead of you.

And now that we all know, it's time to accept the truth and do better. Because there are too many talented Latinx artists working in television to be overlooked any longer.