Accessibility links
Mail-In Voting Is 'Not Rampant Voter Fraud,' Says Washington's Top Election Official The Republican secretary of state for the state of Washington, which votes almost entirely by mail, is pushing back President Trump's claims that the vote-by-mail process will result in voter fraud. 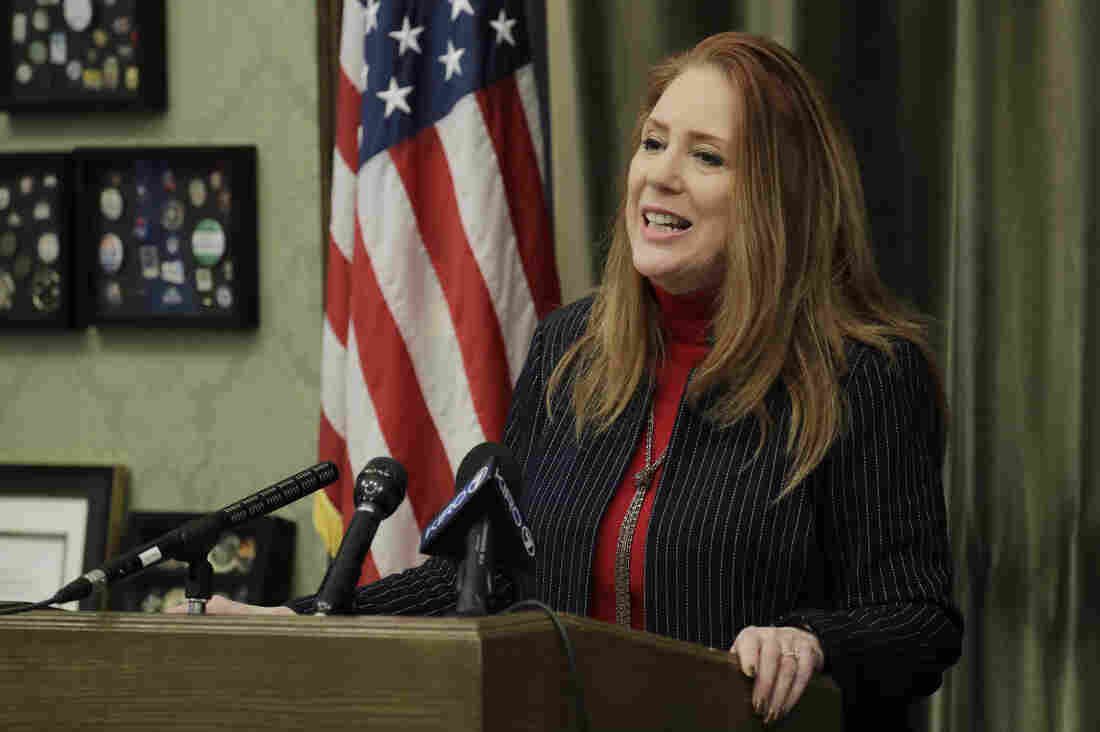 Washington Secretary of State Kim Wyman talks to reporters in January at the Capitol in Olympia about a series of election and ballot security bills her office is asking the state Legislature to consider during the current session. Ted S. Warren/AP hide caption 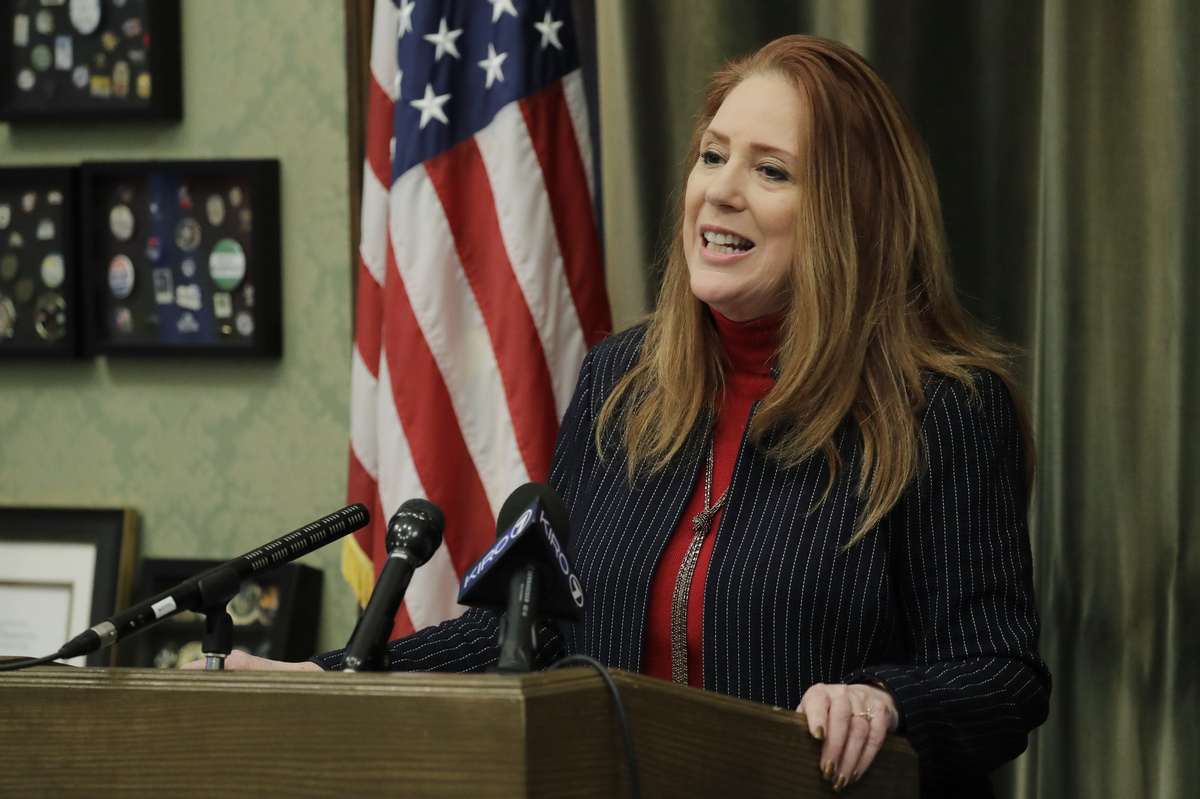 Washington Secretary of State Kim Wyman talks to reporters in January at the Capitol in Olympia about a series of election and ballot security bills her office is asking the state Legislature to consider during the current session.

This past week, President Trump renewed his unsubstantiated claim that mail-in voting begets inaccurate or fraudulent results when he raised the prospect of delaying November's election.

"With Universal Mail-In Voting (not Absentee Voting, which is good), 2020 will be the most INACCURATE & FRAUDULENT Election in history," Trump tweeted Thursday.

Trump's rhetoric alarms Kim Wyman, the secretary of state of Washington, one of a handful of states that vote almost entirely by mail. A growing number of states are embracing mail-in voting — which is essentially the same as absentee voting — over fears that going to polling stations could increase exposure to the coronavirus.

"I think it really shatters peoples' confidence in the process," Wyman, a Republican, said in an interview with All Things Considered on Saturday. "We need to make sure we're inspiring confidence in the public that this is a fair election. And the way you do that is balancing access and security."

Contrary to the president's claims, fraudulent mail-in voting is very rare, according to election security experts. And as for Washington, Wyman said, "We've seen a very low incidence of any kind of voter fraud."

"When someone makes a really robust claim about fraudulent activity, we can show all the security measures," said Wyman, who's invited Trump to Washington to inspect the safeguards of the state's ballot process in person. "If someone said there's rampant voter suppression, we can show all of the things we did to make the election accessible."

Wyman, a former auditor and elections director for Thurston County, said most states require identification, including Washington, which can come in the form of a Washington state ID, a Washington state driver's license or the last four digits of their Social Security number. Those IDs then go through a verification process to check the ID against a government database, Wyman said.

During the 2018 election, Wyman said the Washington found that, out of 3.2 million ballots cast, there were 142 cases of voter fraud, where people had cast more than one ballot between different states or voted on behalf of a deceased family member.

"So is it perfect? No, but it's not rampant voter fraud either," she said.

With more Americans expected to cast their ballot via mail come November, there's a bigger concern at the front of Wyman's mind. U.S. Postal Service workers say the new Postmaster General's cost-cutting measures have led to disruptions in mail delivery.

"I'm very concerned that delays in postal delivery is going to have a negative effect on absentee ballots and vote by mail elections," she said.

Her state set up alternatives, including offering printable ballots that can be returned at the same sites where in-person ballots are cast.

"I'm worried about states that don't have similar processes," she said. "All of those things take time and money and we are running out of time. We absolutely need Congress to act so that we can overcome these changes in the Post Office."

Kira Wakeam and William Troop produced and edited this interview for broadcast.

Trump Keeps Criticizing Universal Vote By Mail. But The Nation Isn't Doing That