Accessibility links
'Quar Horror' Explores What's Scary About Staying Home This year feels like a horror movie, and a select group of filmmakers have taken the pandemic as inspiration. "Quar-horror" ranges from homemade shorts on YouTube to a movie filmed entirely on Zoom. 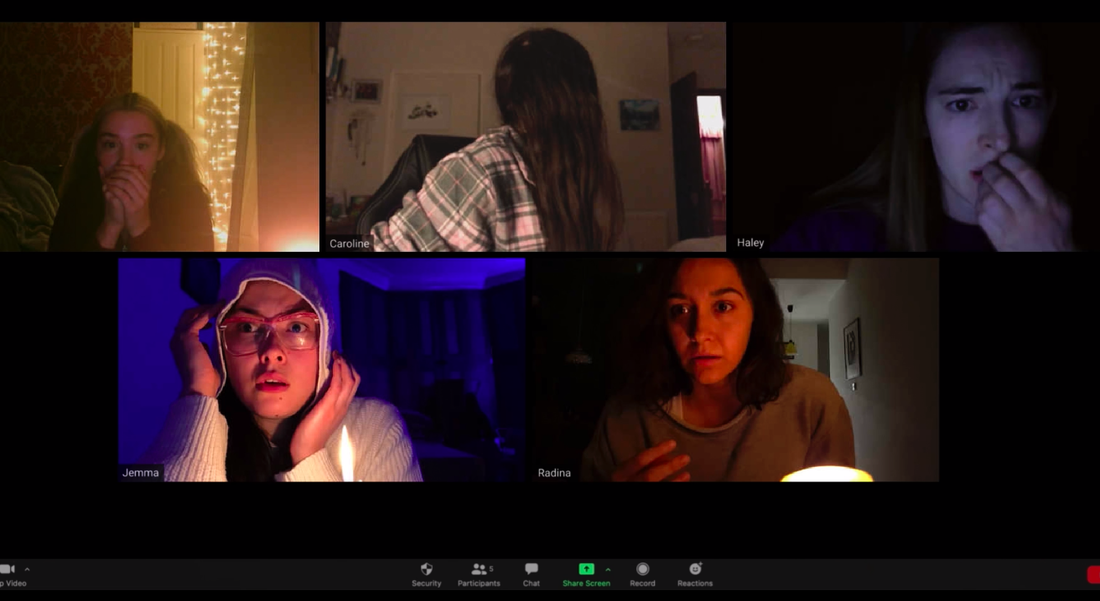 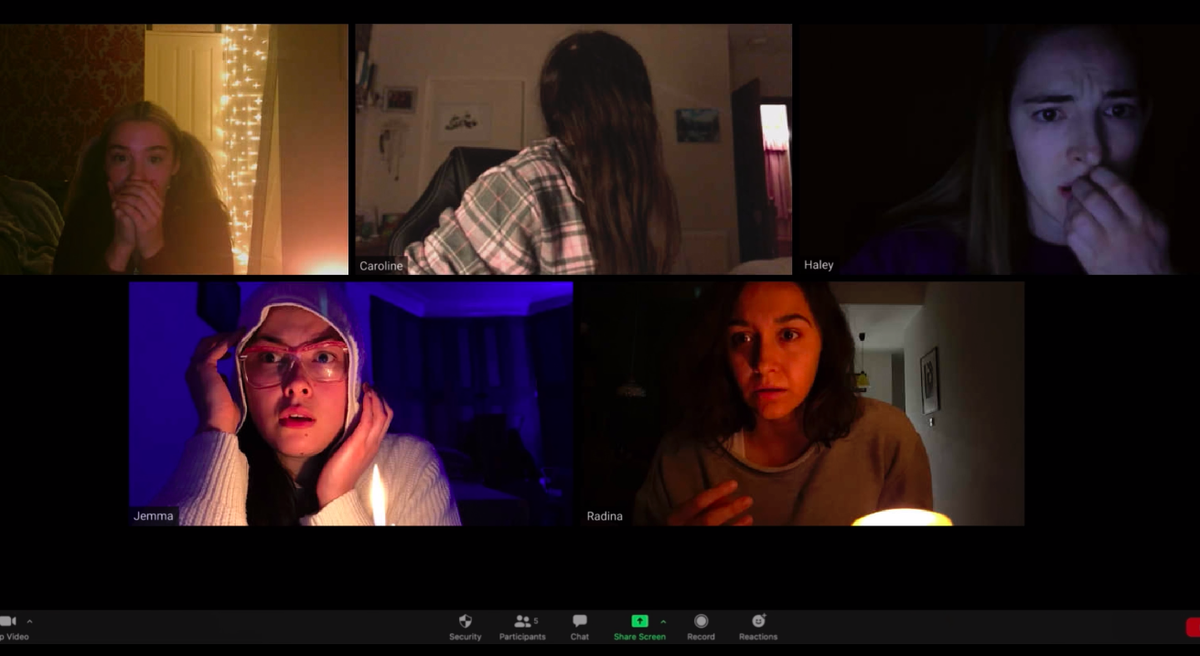 It's no exaggeration to say this year feels like a horror movie. And now, a few filmmakers are making it official.

All over YouTube, you can find inventive homemade horror shorts taking the pandemic as inspiration. (They come from Brazil, from Canada and from, well, Funny or Die.) And a new movie Host, filmed over twelve weeks in quarantine and entirely on Zoom, debuted on the horror channel Shudder last week.

Among the most chilling of the YouTube offerings is Stay At Home, part horror movie and part PSA from a filmmaker in New Orleans.

"I literally just grabbed a box, and I set up the camera on a tripod and gave myself a scenario," says Kenneth Brown, a former Uber driver turned horror auteur. "And the story started to build and build and build."

Brown went to film school, and you can tell. Based on the myth of Pandora's Box and the evening news, Stay At Home is elegantly lit and crafted. As of this writing, it's racked up nearly 200,000 views on YouTube.

Part of what makes Stay At Home so effective — and heartfelt — is the insistent drone of news anchors discussing the mounting carnage. "That's everything I need to say as far as reaching African Americans, which is the population most vulnerable to this virus," says Brown, who is Black himself.

But escapism is also the point, say Nathan Crooker and James Gannon. Their upcoming quar-horror, called Isolation, just wrapped principal photography. The two produced the film; Crooker is also its director. Isolation is an anthology; nine interconnected shorts by different directors who filmed their movies using only resources immediately available to them.

"This is where our brains went," Gannon says. "Instead of making bread, we were like, 'what can we do with how we're creative?'"

Everyone involved in Isolation observed strict quarantine, the producers say. The directors made their movies at home, with family serving as cast and crew. Each explored different terrifying aspects of today's world, from conspiracy theories involving 5G towers to the world of two small siblings whose mother has died. (Crooker and Gannon say their parents filmed a fake ending, to reassure the little kids that everything was OK.) 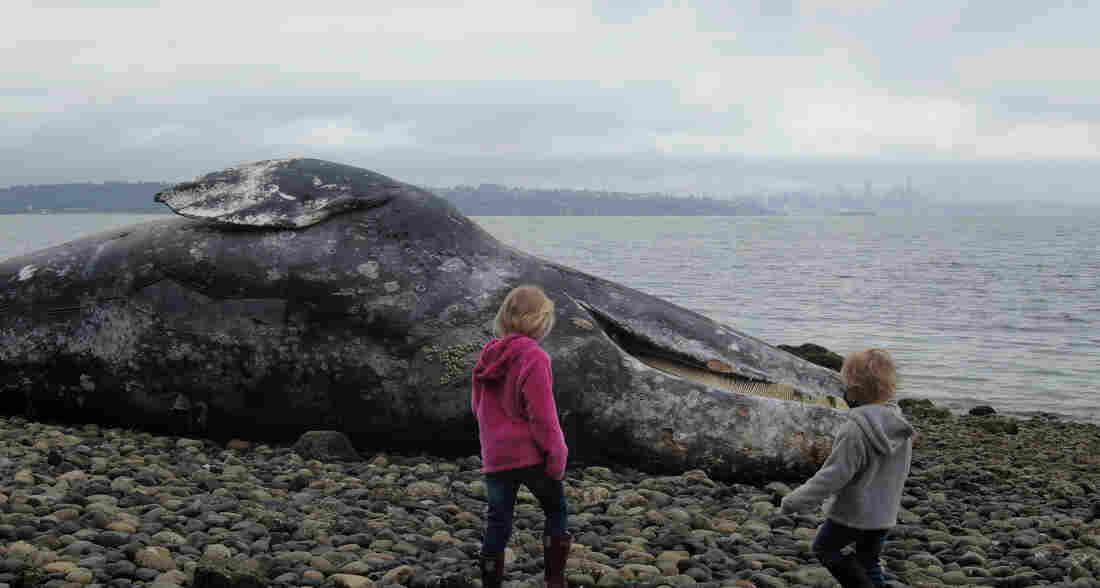 In a scene from the upcoming quar-horror movie Isolation, two children confront the body of a dead whale discovered on a beach. Bobby Roe /Ghost Gang Productions hide caption 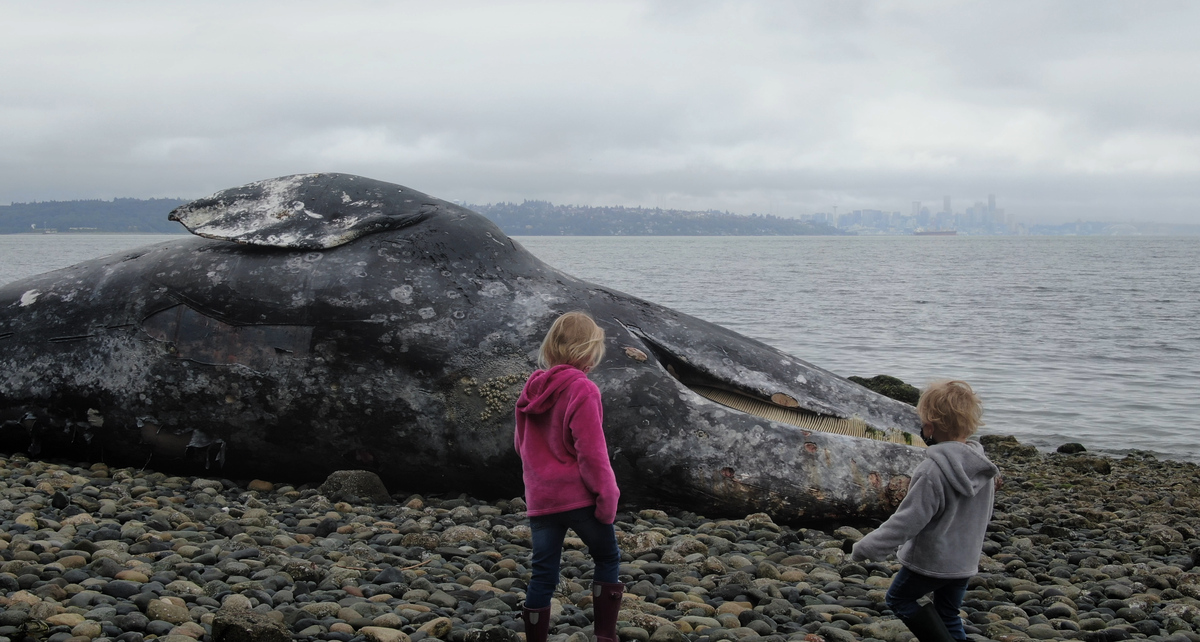 In a scene from the upcoming quar-horror movie Isolation, two children confront the body of a dead whale discovered on a beach.

"I think there's something to be said for a cathartic experience," Crooker says. "We want to respect that this [pandemic] is something real and we don't want to make light of it. But horror can be a way to process our worst fears."

A group of girls hold a virtual séance over Zoom during lockdown in Host, streaming now on Shudder. Host may be the first quar-horror feature, and it effectively exploits what's inherently creepy abut Zoom: garbled audio, inexplicable dropouts, those weird fake backgrounds used to disguise where people actually are, and special effect filters that add horns or animal noses to human faces.

"Really, we had this great opportunity to freak people out with something that's become part of their daily routine," says director Rob Savage, with evident satisfaction. "Because this is how so many of us have been communicating over the past few months."

Filming Host in less than three months, he says, wasn't as hard as you'd think. The actors were all his friends, and because productions were shut down, a lot of talented professionals were out of work. So makeup artists, cinematographers, editors and even stunt people were willing to pitch in and help solve problems around actors filming themselves at home. For example, he says, the stunts were done using composite shots.

"So you'll have a character wander in from their bedroom into their kitchen," he explains. "But it won't be their kitchen. It'll be a stunt person's kitchen and they're wearing the same clothes. And they'll perform a crazy stunt and then we'll do a hidden cut and you're back to the real actor."

Savage says he occasionally directed his cast using the chat function on Zoom. It's part of a way of existing now, he says, in a reality that stresses and frightens us. Horror movies are one way we talk about our nightmares, even the ones

Sitting at home, we need other people, he says. We need their vision, excitement and passion. And we need to see what scares them.

This story was edited for radio by Nina Gregory, and adapted for the Web by Neda Ulaby and Petra Mayer.