Accessibility links
Review: 'I Hold A Wolf By The Ears,' By Laura Van Den Berg Laura Van Den Berg's new collection is full of uncanny, exquisite, and painful stories about death, about loss and isolation and falling for the wrong person. Her writing will get under your skin. 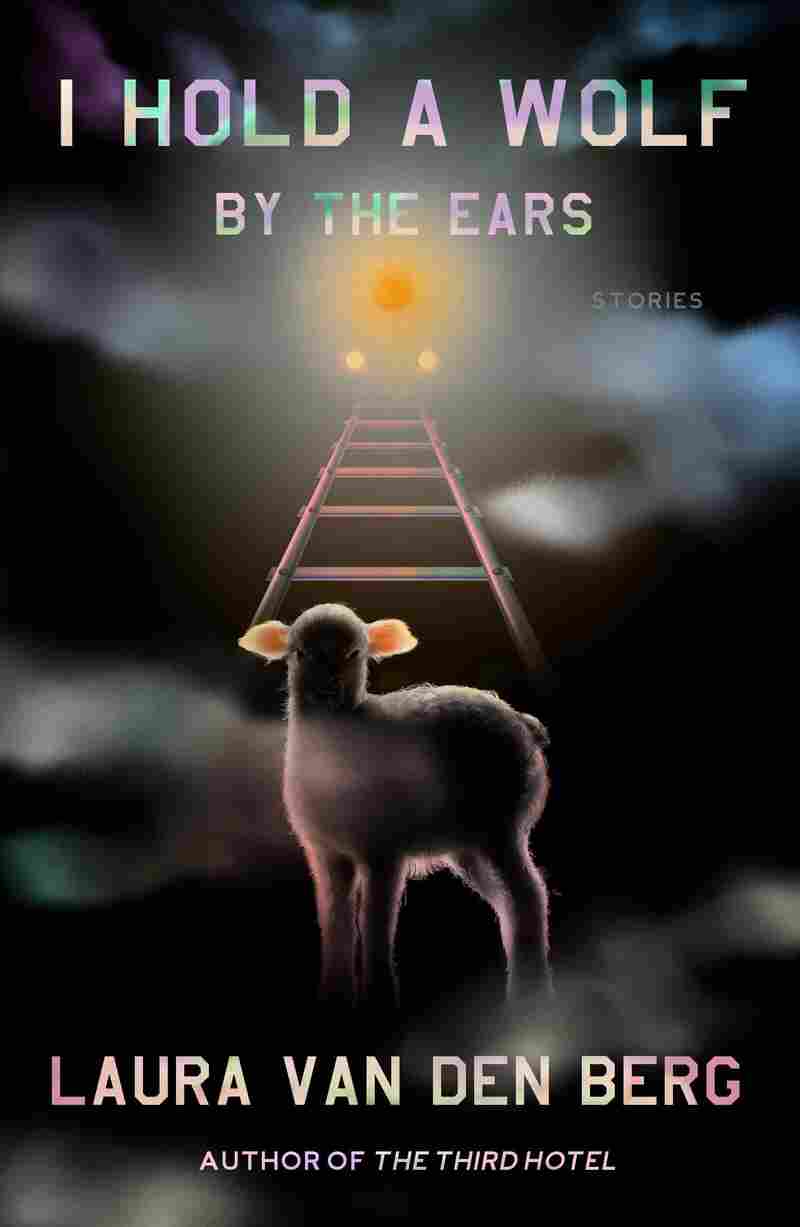 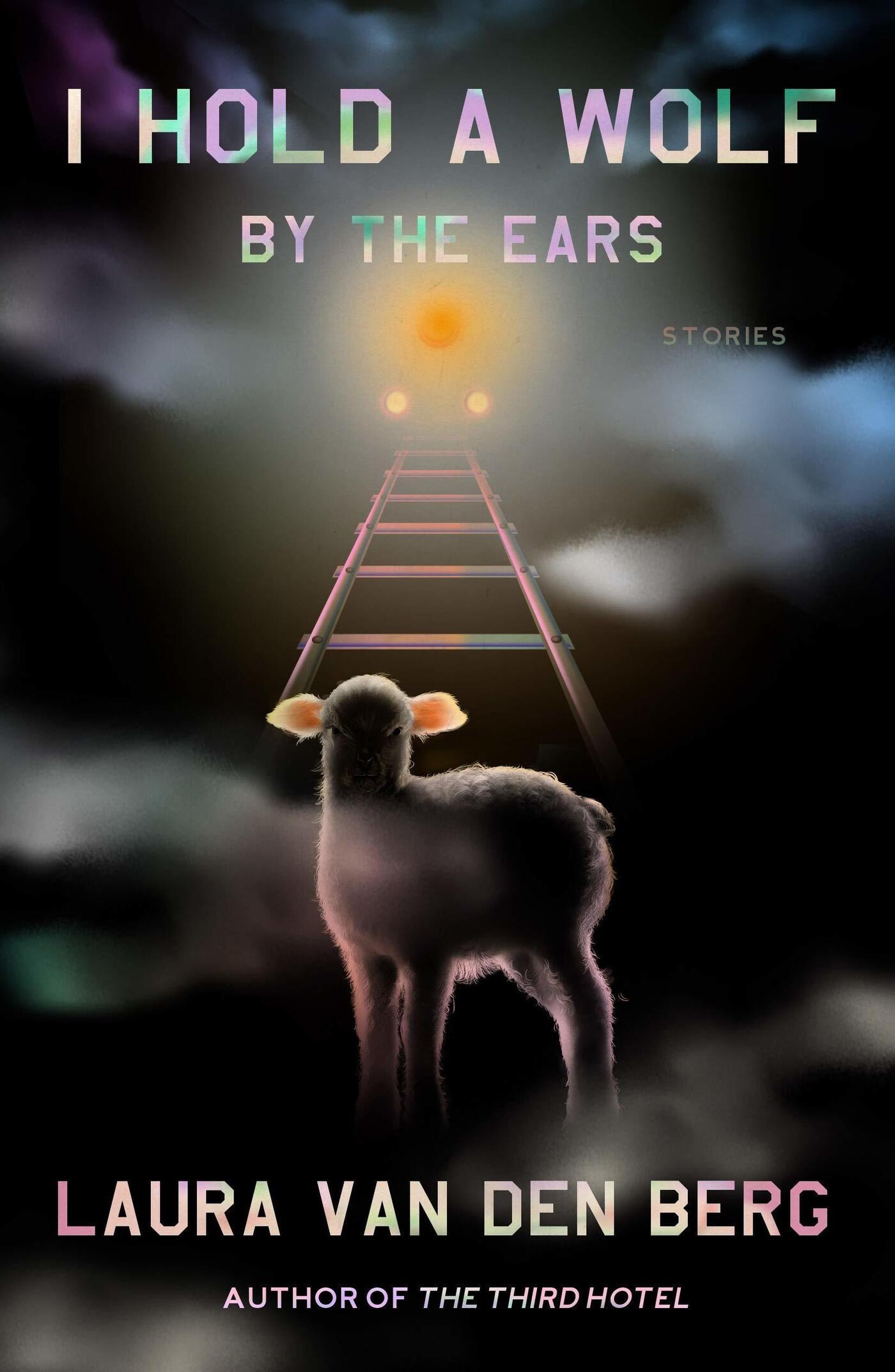 Exquisite. It took a decade of writing book reviews to get here, but here we are — I've used "exquisite." The stories in Laura van den Berg's I Hold a Wolf by the Ears are exquisite. They're tiny, uncanny morsels about broken women and mysterious things that possess a literary umami that falls somewhere between horror, literary fiction, mystery, drama, and social critique. They deal with death and loss, with isolation and falling in love with the wrong person. They are unsettling and bizarre, coming at you from weird angles to hit you in unexpected ways like the well-trained fists of a professional boxer.

Varying in length and tone, the tales in I Hold a Wolf by the Ears share a sense of urgency and sadness that helps the collection cohere. The urgency comes from the frenetic pace, the economy of language that makes every line feel necessary and meaningful. And when I say sadness, I mean it. "I want to tell you about the night I got hit by a train and died," says the narrator of "Last Night," the first story in the book. She was never hit by a train, but her story about being in an institution for ten months after several suicide attempts hits like a locomotive. "Volcano House" is about a woman remembering a trip to Iceland with her sister, who's in the hospital dying, a bullet from a rampage killer lodged in her cerebellum. "Karolina" takes place in Mexico, where a woman finds her ex-sister-in-law living on the streets and is forced to face ugly truths about her brother in the aftermath of an earthquake. And in "Hill of Hell," a woman loses a baby, gets a divorce, remarries, and gets pregnant again. The second time it works, but her daughter gives her years of heartbreak and then dies from a tumor in her brain.

'The Third Hotel' Will Get Under Your Skin

'Find Me' Gets Lost Along The Way

"I have learned that one must be very careful about the desperate wishes cast out into the ether," she says, "because perhaps someone is listening, someone all too willing to grant us exactly what we have asked for and maybe even what we deserve."

If urgency and sadness are the main elements here, then strangeness is the glue Van den Berg uses to bond them together. In "Slumberland," a woman who drives around taking creepy photos discovers her neighbor, who spends her nights wailing, makes a living crying for men on the phone who are into dacryphilia, meaning they get aroused by the sound of another person weeping. In "Your Second Wife," a woman creates a new gig for herself by using makeup, prostheses, and wigs to morph into the dead wives of men who want one last date. And in "The Pitch," an illustrator watches as her husband spirals into madness and then vanishes forever up a tree after she points out a ghostly figure in a photograph that turns out to be the man's brother, who vanished under mysterious circumstances.

We are flawed and we suffer, and Van den Berg shines when writing about those things. Her words cut to the bone, completely devoid of any cushioning that would make the experience less harsh.

Despite the strength of these elements, the stories in I Hold a Wolf by the Ears do much more than scare, unsettle, entertain, and, in a way, hurt. The writing here gets at the core of the human experience and forces you to look at the darkness therein. We are flawed and we suffer, and Van den Berg shines when writing about those things. Her words cut to the bone, completely devoid of any cushioning that would make the experience less harsh. She knows you've loved the wrong person. She knows you still fear the dark. She knows death can be awful for those left behind. She knows you think you're not as awful as some other people. For example, in "Lizards," a man drugs his wife with homemade La Croix a neighbor sells to him. The neighbor is a misogynist, but the man, despite his actions, thinks he's "more evolved. He's a registered Democrat. He wore a DEAL ME IN T-shirt to the polls on Election Day."

Van den Berg's writing gets under your skin and stays there, making you wonder why you feel uneasy, why you believe ghosts can be photographed and people can climb up tress and vanish forever. Her words come from somewhere between "magic and annihilation," in the words of the narrator of "Slumberland." Her words are poetry. At the end of "Cult of Mary," a story about a woman and her mother travelling through Italy before the mother's death, the daughter imagines her mother dreaming not of death, but of "gardeners wrapping strands of their own hair around dirt-clotted roots and fascist sheep and a life carved from a single block of wood and a man struggling to wash shame from his feet." Yes, these stories will hurt you like a skilled boxer, but they'll make you realize you're a bit of a masochist if Van den Berg's the one hurting you.