Accessibility links
5 Things To Watch This Week: Congress Talks, Kansas Primary Democrats and Republicans met over the weekend but still appeared far apart on a next relief measure. 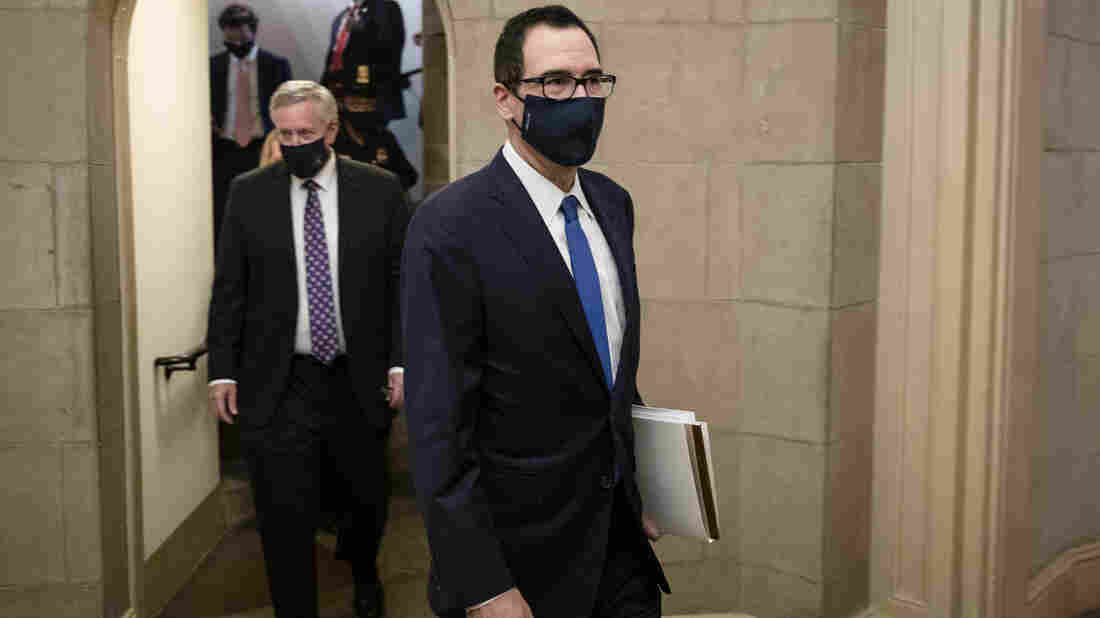 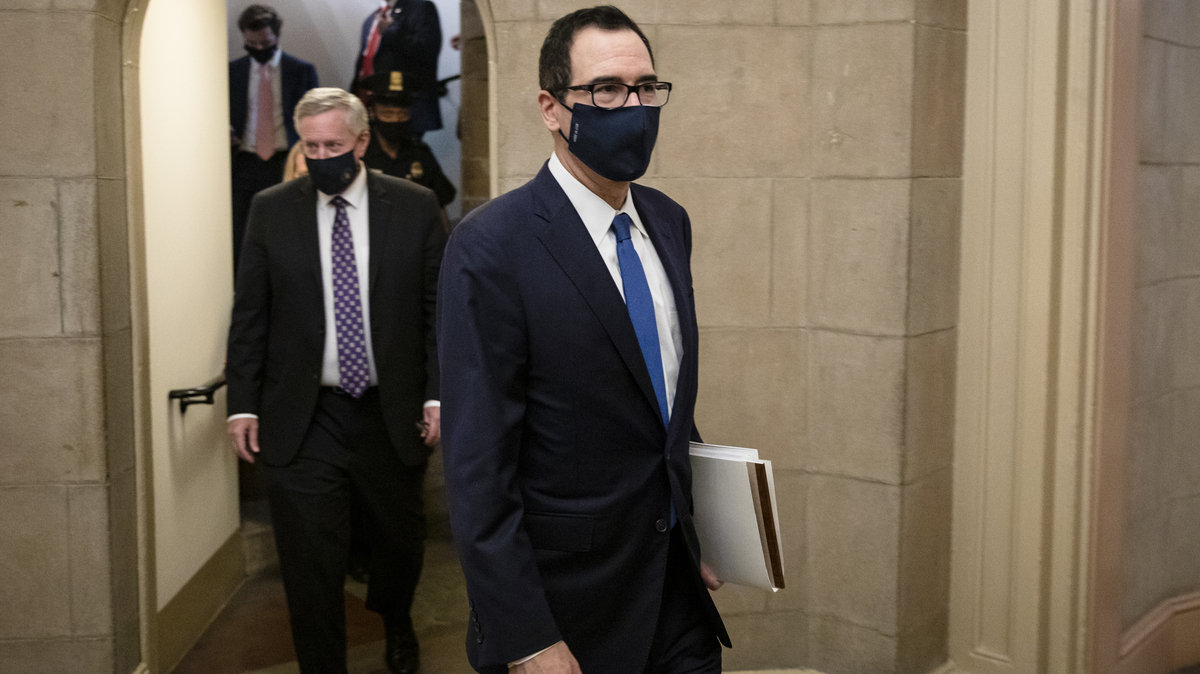 It's exactly three months until Election Day, but the focus this week is on Capitol Hill. Here are five things to watch:

1. Deal or no deal? With the country's coronavirus pandemic continuing to rage, and the economy showing record contraction earlier this year, congressional negotiators have been unable to reach agreement on a fifth relief package. Democrats and Republicans met over the weekend but still appeared far apart.

"We still have a long ways to go," White House chief of staff Mark Meadows, one of the negotiators, said on CBS Face the Nation Sunday. He described negotiations on Saturday as "a step in the right direction," but added: "I'm not optimistic that there will be a solution in the very near term."

That's bad news for millions of Americans seeing boosted unemployment benefits run out, as well as a moratorium on evictions in federally backed housing having expired.

2. A president disengaged: Meanwhile, as Meadows and Treasury Secretary Steven Mnuchin were heavily involved in the negotiations, President Trump was hands-off, golfing two days in a row this weekend.

If Trump's press conference July 21 was intended to show him taking a leadership role on the coronavirus, that's not what the American people are seeing right now.

Trump's handling of the pandemic — and race relations — has hurt his political standing. That's part of why presumptive Democratic nominee Joe Biden has expanded his advantage in the battleground map.

Read more on the pros and cons of several of the candidates here.

4. Primaries Tuesday and Thursday with a race to watch: Kansas GOP Senate primary: On Tuesday, elections take place in Arizona, Kansas, Michigan, Missouri and Washington state. On Thursday, it's Tennessee hosting primaries. These are again going to be a test of mail-in voting and vote-counting amid the pandemic.

There are also multiple primaries to watch. The headliner is the race to replace longtime Kansas Sen. Pat Roberts, who is retiring. Democrats' candidate, Barbara Bollier, is a former Republican who has impressed with her fundraising, taking in $7.8 million, more than any other candidate. And Democrats believe their chances will get even better if immigration hard-liner Kris Kobach, who lost his bid for governor to a Democrat, wins the GOP primary.

The NRSC opposes Kobach and would like Trump to come off the sidelines and endorse someone other than Kobach. Congressman Roger Marshall and Bob Hamilton, a businessman who has tied himself to Trump — even wearing a "Keep America Great" hat while campaigning — are the other leading contenders.

5. Sally Yates to testify Wednesday: An old name from the Russia probe is back. Yates — who as deputy attorney general warned then-White House counsel Don McGahn that former national security adviser Michael Flynn could be comprised — testifies Wednesday before the Senate Judiciary Committee. The Hill notes, "Republicans want to hear from Yates because she was in the Oval Office for a Jan. 5, 2017, meeting that has emerged as an area of interest for the president's allies. Then-President Obama and then-FBI Director James Comey discussed sharing national security information related to Russia with Flynn, who was charged with lying to the FBI about his contacts with Russia shortly before President Trump took office."

"Hydroxychloroquine. I cannot recommend that ... I think we need to move on from that and focus on what is effective."

— Adm. Brett Giroir, who is in charge of testing with the president's coronavirus task force, on NBC's Meet the Press. Giroir also said doctors have to prescribe the drug and won't be affected "by whatever is on Twitter." The president has tweeted or retweeted people promoting the drug 26 times since March, including 13 times in the past month, despite evidence that it is ineffective against COVID-19.