Accessibility links
ISIS Attack On Afghanistan Prison Leaves At Least 29 Dead About 1,000 prisoners who escaped during the attack were later found by Afghan security forces. The attack shattered a three-day ceasefire between Afghan forces and the Taliban. 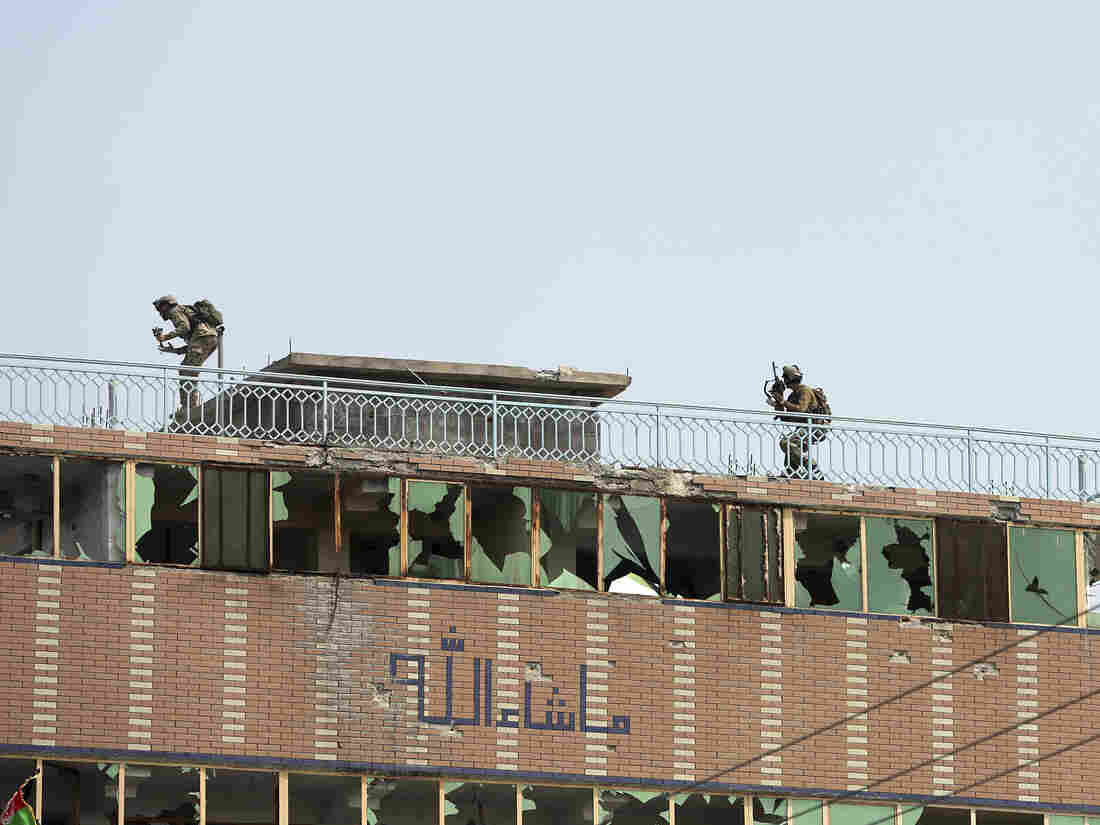 Afghan security personnel take position on the top of a building where insurgents were hiding in the city of Jalalabad, Afghanistan, on Monday. The day before, militants attacked a prison holding many ISIS members. Rahmat Gul/AP hide caption 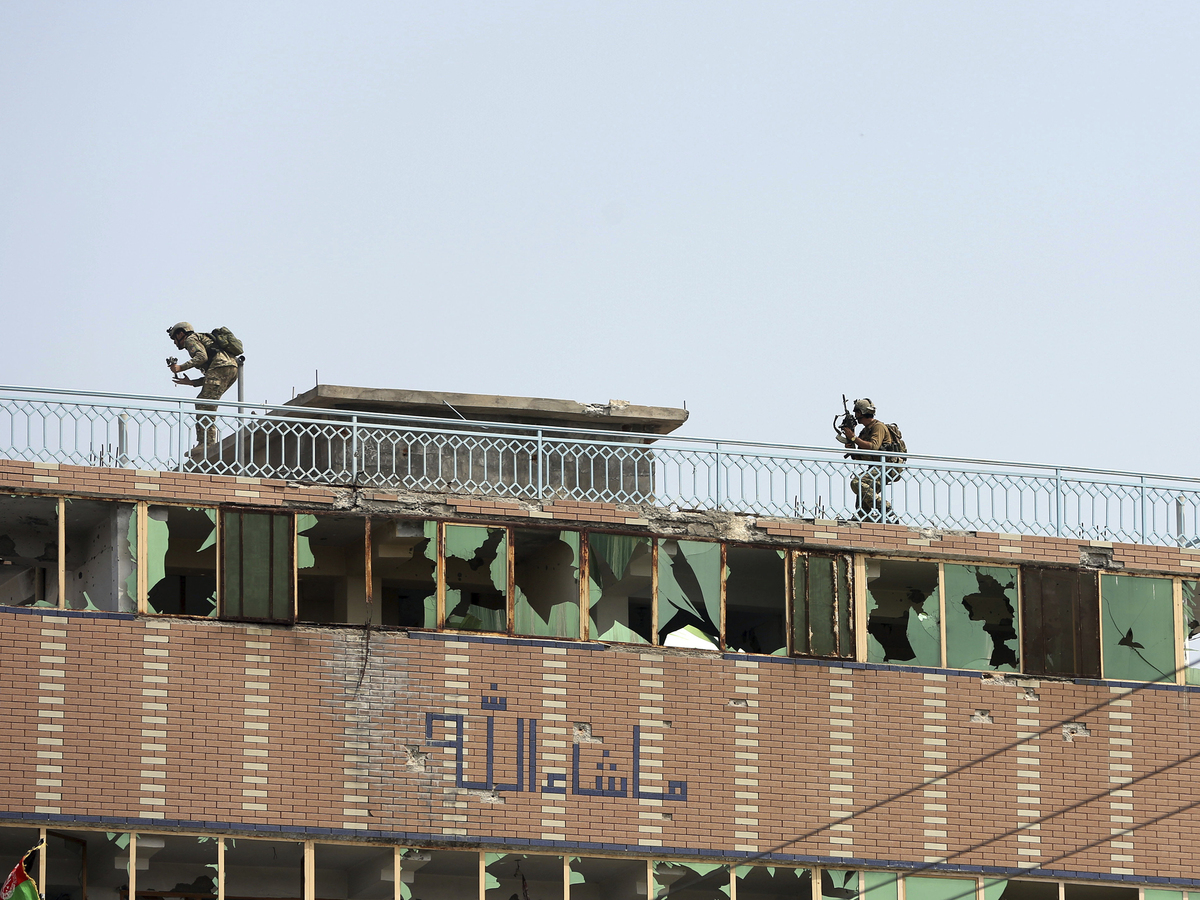 Afghan security personnel take position on the top of a building where insurgents were hiding in the city of Jalalabad, Afghanistan, on Monday. The day before, militants attacked a prison holding many ISIS members.

Afghan forces have retaken control of a prison in eastern Afghanistan, a day after it came under an attack by ISIS militants.

A suicide bomber drove a car loaded with bombs into the prison's main gate, exploding it. ISIS fighters moved in through the gap, firing on prison guards.

The prison holds mainly ISIS and Taliban militants. Khogyani said that about 1,000 prisoners who had escaped during the attack had been found across the city by security forces. It's not clear how many remain at large.

ISIS claimed responsibility for the attack.

Though Afghan troops retook the prison on Monday, fighting has spilled onto the streets. Gunfire could be heard in residential buildings nearby, the AP reports.

The prison is located in Jalalabad — an area from which ISIS was thought to have been pushed out several months ago, NPR's Diaa Hadid reports. The normally busy city was put under curfew on Sunday, Reuters reports.

The attack occurred amid a three-day nationwide ceasefire that began on Friday between Taliban and Afghan forces during the Muslim holiday of Eid al-Adha. It's the third ceasefire the Taliban have called in the past two years.

Afghanistan is facing multiple challenges: Its government forces battle the Taliban, while ISIS continues to fight in the country even as it has been eliminated elsewhere.

The United States signed a peace deal with the Taliban earlier this year, and U.S. and NATO forces are beginning their withdrawal.