Accessibility links
Isaias Expected To Make Landfall In Carolinas The eye came ashore near Ocean Isle Beach before the system weakened into a tropical storm. It's expected to linger in North Carolina before swirling up the Mid-Atlantic coast. 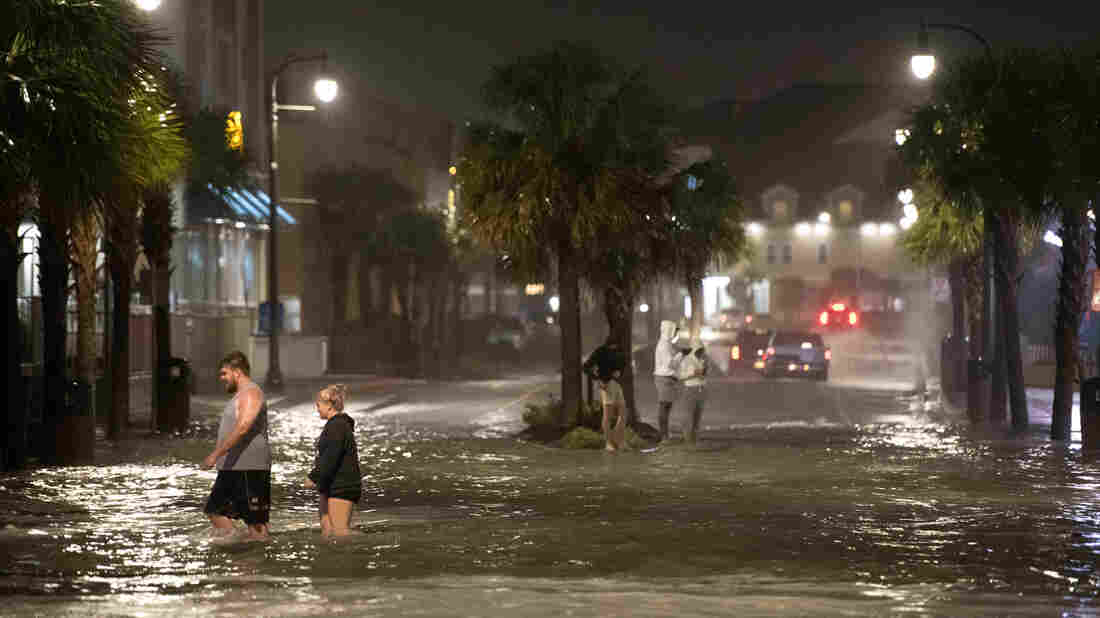 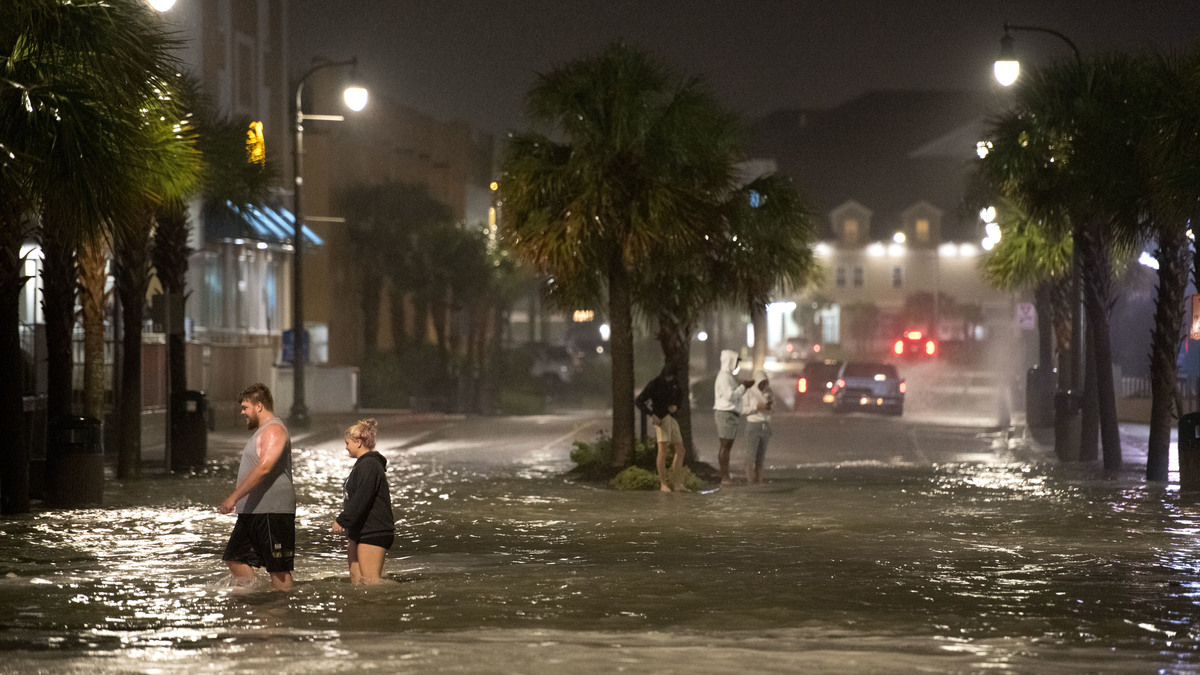 Hurricane Isaias made landfall near Ocean Isle Beach, N.C., near the border with South Carolina. Pictured are people walking through floodwaters in Myrtle Beach, S.C.

The National Hurricane Center says Isaias came ashore near Ocean Isle Beach, N.C., on Monday just after 11 p.m. ET with sustained winds of 85 mph, but it lost some of its steam within hours, weakening into a tropical storm.

The system was expected to swirl up the Mid-Atlantic coast and into the northeastern United States on Tuesday night.

As of 5 a.m. ET Tuesday, the storm was located about 15 miles southeast of Roanoke Rapids, N.C., and 85 miles west-southwest of Norfolk, Va., with sustained winds of 70 mph.

"Heavy rainfall along the East Coast, near the path of Isaias, will result in flash and urban flooding, some of which may be significant in the eastern Carolinas, Mid-Atlantic and Northeast through Wednesday. Widespread minor to moderate river flooding is possible across portions of the Carolinas and the Mid-Atlantic. Quick-responding rivers in Northeast will also be susceptible to minor river flooding," the National Hurricane Center said.

The center warned that tornadoes are also possible over the coastal Carolinas through Tuesday evening and through eastern Virginia and New England on Tuesday as well.

The storm had already affected parts of Florida, having grazed the east coast of the state as a tropical storm on Sunday, dumping some 2 to 4 inches of rain and knocking out power for a few hundred customers, according to the Miami Herald.

Officials warned of a potentially more severe outcome in some parts of North and South Carolina, particularly in the stretch from the South Santee River in South Carolina to Surf City, N.C., a region that's under a hurricane warning.

Areas spanning from the coastal waters of Georgia up to the Virginia coast could see several feet of storm surge as the storm progresses.

Further complicating matters is the coronavirus pandemic. In crowded storm shelters, it may be difficult to maintain social distancing to prevent the virus's spread.

In a Sunday tweet, North Carolina Gov. Roy Cooper acknowledged the complications of managing both a pandemic and a hurricane at the same time.

"Our state has weathered more than our fair share of storms," he said. "We know how to plan, prepare & respond when it's over. Nothing about that has changed. But this time, we're gonna do it with a mask on. Helping your neighbors & loved ones is even more important as this storm approaches."

It’s essential to listen to local officials and follow evacuation orders when they are issued. During the pandemic, your home has been the safest place, but that may change as Isaias arrives. The most important thing is to get out of harm’s way if you are told to evacuate.