Accessibility links
'We Have Made Mistakes': Norway Cruise Company Reports COVID-19 Outbreak Health officials worry the ship may have spread the coronavirus along Norway's coastline, according to reports.

'We Have Made Mistakes': Norway Cruise Company Reports COVID-19 Outbreak

'We Have Made Mistakes': Norway Cruise Company Reports COVID-19 Outbreak 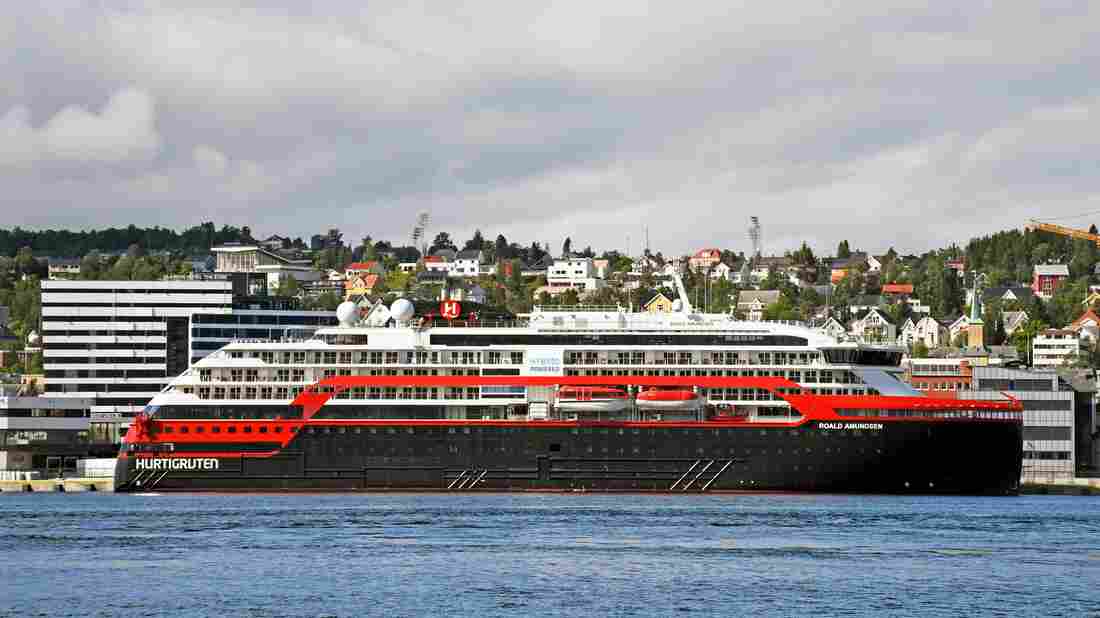 The expedition cruise ship MS Roald Amundsen is moored at a quay in Tromso, Norway, on Saturday. At least 36 crew members from the ship have tested positive for the coronavirus. Ruen Stoltz Bertinussen/NTB Scanpix/AFP via Getty Images hide caption 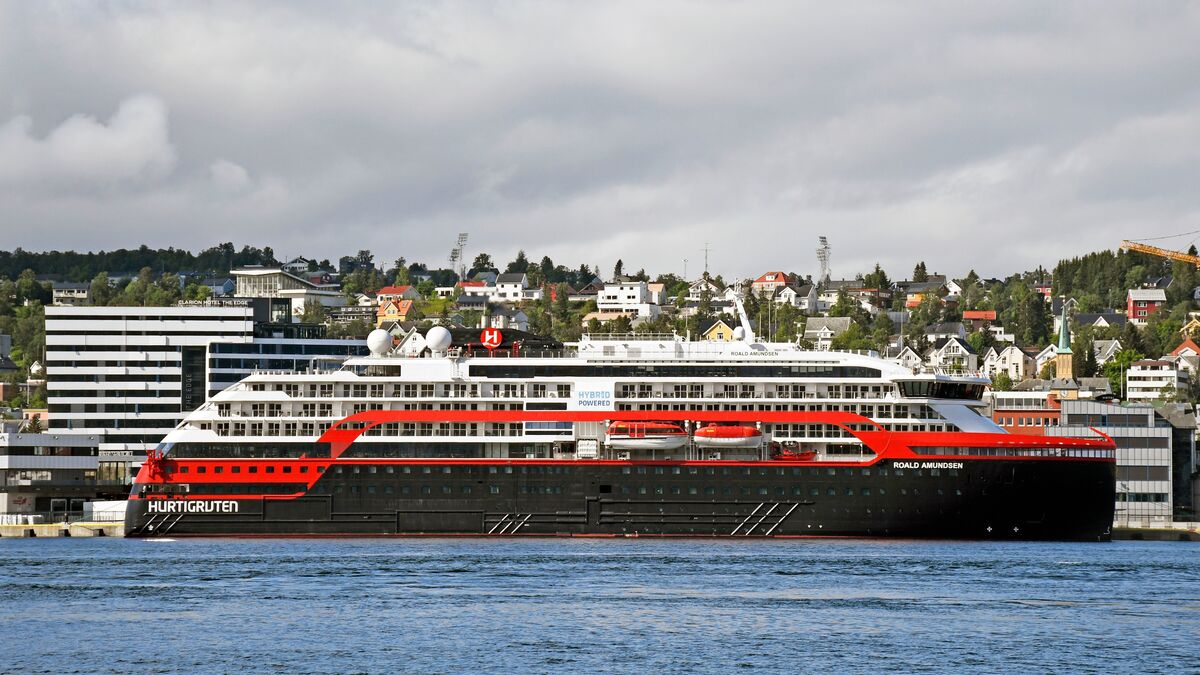 The expedition cruise ship MS Roald Amundsen is moored at a quay in Tromso, Norway, on Saturday. At least 36 crew members from the ship have tested positive for the coronavirus.

At least 36 crew members from a Norwegian cruise ship have tested positive for COVID-19, according to Hurtigruten, the company that owns the ship. Several passengers have also tested positive in what the cruise line describes as an "outbreak" onboard the MS Roald Amundsen.

Four patients were admitted to a hospital in the northern Norwegian city of Tromso where the ship is now docked.

More than 9,000 people in the country have tested positive for the coronavirus, according to Johns Hopkins University. Hurtigruten had previously canceled dozens of other expeditions because of the pandemic, and has now suspended all cruises aboard the Amundsen and two other vessels.

On its most recent voyage, the ship traveled up Norway's fjord-lined coast towards the Arctic island of Svalbard. The route has raised concerns about infections off the ship, as the Associated Press reports:

"Health authorities fear the ship also could have spread the virus to dozens of towns and villages along Norway's western coast ... since the cruise line often acts like a local ferry, traveling from port to port along Norway's western coast, the virus may not have been contained onboard. Some passengers disembarked along the route and may have spread the virus to their local communities."

Norwegian authorities are reportedly scrambling to contact passengers who had left the ship.

"We are working hard to contain this outbreak in order to limit the spread in the general population," Tromso health official Kathrine Kristoffersen told reporters.

"We have made mistakes," Hurtigruten CEO Daniel Skjeldam said in a statement. "A preliminary evaluation shows that there has been a failure in several of our internal procedures."

One hundred-sixty crew members and 177 passengers were on board the 530-passenger capacity ship. Hurtigruten's website highlights increased safety protocols, including UV-light disinfection and social-distancing guidelines.

In May, a congressional investigation was opened into Carnival Cruise Line after more dozens of deaths and more than 1,500 COVID-19 infections aboard its ships. Fears of transmission from outbreaks onboard cruise ships also left an estimated 100,000 employees globally stuck offshore for extended periods, as the Miami Herald reported.

The Centers for Disease Control and Prevention has barred all cruises in U.S. waters through the end of September.