Accessibility links
Americans Back Trump On Immigration — But Only To Stop COVID-19, Poll Finds An NPR/Ipsos poll found broad support for sweeping government action to combat the coronavirus — including temporary limits on immigration. But support for other White House policies has not changed. 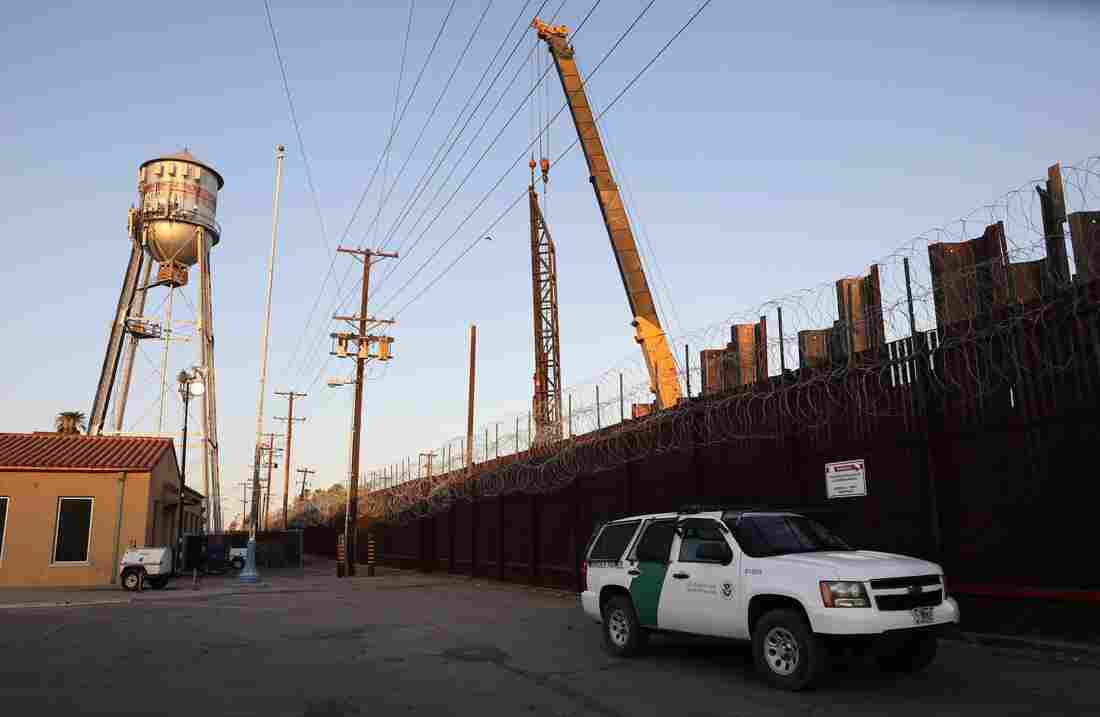 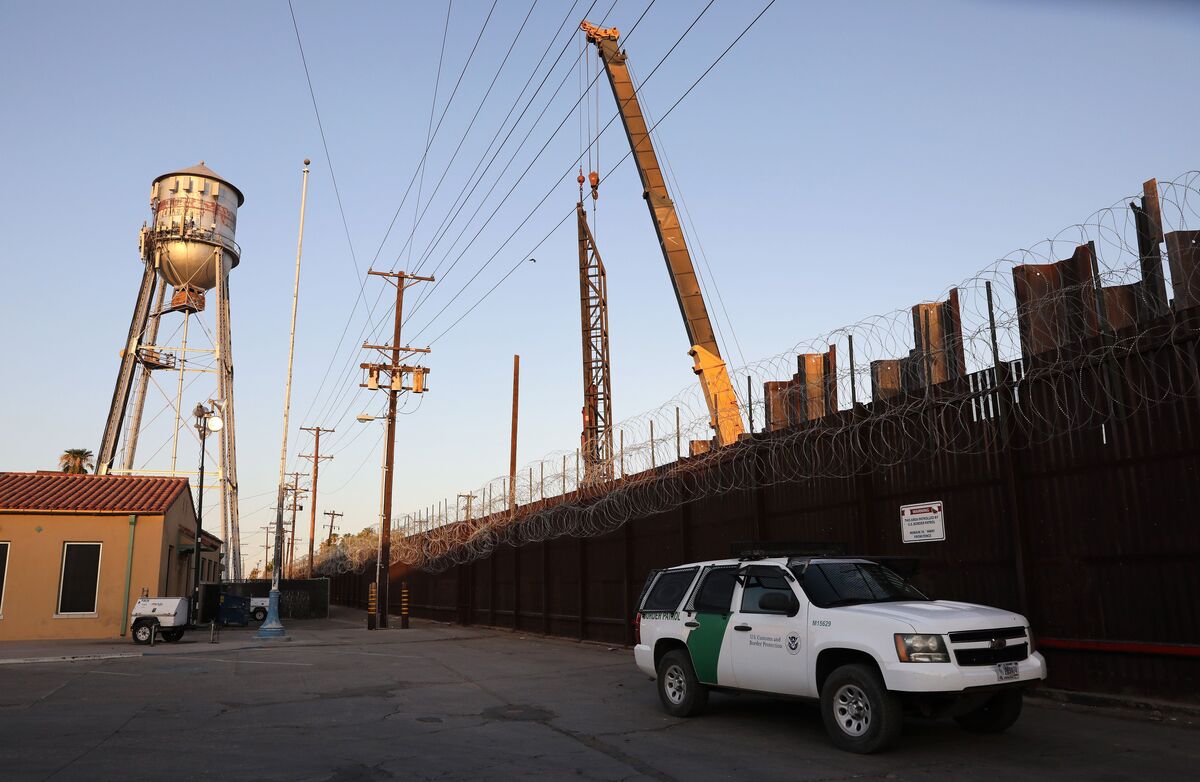 A U.S. Border Patrol vehicle is stationed in front of the U.S.-Mexico border barrier as construction continues in hard-hit Imperial County on July 22, in Calexico, Calif.

Most Americans support Trump administration efforts to stop immigrants from coming to the United States as long as it's done in the name of slowing the spread of the coronavirus, according to a new NPR/Ipsos poll.

But Trump's anti-immigration rhetoric during the pandemic has done little to budge public opinion on other immigration policies, the poll found. Most of Trump's policies, including his border wall, remain unpopular except among Republicans.

"Americans do want to take steps to limit immigration right now," said pollster Mallory Newall. "But that's not because their views on immigration have changed. It's because they want to do everything in their power to contain the spread of COVID-19."

Meanwhile, immigration is no longer a top concern ahead of the November election. The poll shows it has been eclipsed by the coronavirus, racial justice, unemployment, political extremism and a range of other pressing issues.

The poll was conducted July 30-31 and surveyed 1,115 adults from the continental U.S., Alaska and Hawaii.

The poll found broad support for a single, national strategy to address the pandemic and for more aggressive measures to contain it. Two-thirds of respondents said they believe the U.S. is handling the pandemic worse than other countries, and most favor more aggressive action, including a nationwide order making it mandatory to shelter at home for two weeks.

Since March, Trump has taken broad actions to curtail legal immigration during the pandemic, imposing new limits on green cards and visas for guest workers, and turning away asylum seekers at the southern border. The administration also closed the southern and northern borders to all but "essential" travel.

There is sizable bipartisan support — 85% of Republicans and 75% of Democrats — for temporarily shutting down the borders. And more than half overall support limits on legal immigrants, though that is largely driven by Republicans.

"I feel like we need to take care of America first," Tammy Bunce, a Republican respondent from Queen Creek, Ariz. "We should be staying at home, and I think other countries should not be coming in until we have the coronavirus especially under control."

Another respondent, Robert Torres of San Leandro, Calif., is a third-generation immigrant from Mexico who identifies as politically independent. He said: "Right now is not a very good time to be immigrating."

That's partly because of the pandemic, Torres says, but also because "there's a lot of undocumented here that should be documented before we start adding to the immigration."

President Trump has made his immigration crackdown a signature policy and key to his argument for reelection.

From the outset of the pandemic, Trump has blamed foreigners for bringing coronavirus to the United States, calling it the "China virus" and "kung flu." He's also returned to a familiar refrain about protecting American jobs as justification for the latest immigration restrictions, pointing to the battered economy.

But Americans remain divided on immigration policy when it's not tied to stopping the spread of the virus.

"I get right now that we got this pandemic going on, that's fine," said Jo Lee of Houston, Texas, in a follow-up interview. "But once this calms down, if somebody really wants to come over here and raise their family and be a citizen, let them do that. I don't have a problem with that," said Lee, who says she often votes for Democrats.

That divide was clear when poll respondents were asked about whether the federal government should provide stimulus relief checks to undocumented immigrants who pay U.S. taxes: 49% of respondents said yes, including 71% of Democrats; 43% said no, including 66% of Republicans.

The NPR/Ipsos poll found that underlying attitudes about immigration are deeply entrenched, remaining remarkably stable since a previous poll in 2018. For example, about 70% of respondents — then and now — say immigrants are an "important part of our American identity."

And efforts to build a border wall and limit immigration still fail to garner majority support, except among Republicans, according to the poll:

What has changed, according to the new poll, is how much weight Americans place on immigration as an issue.

Immigration is no longer "a major factor when it comes to deciding who to vote for," Ipsos pollster Mallory Newall said.