Accessibility links
In 'The Book Of Atlantis Black,' A Sister Explores Her Sibling's Mysterious Death Betsy Bonner presents her sister with love, but also with honesty; she is the storyteller, but Atlantis Black is the story, the mystery, the victim, sometimes the perpetrator and always the question. 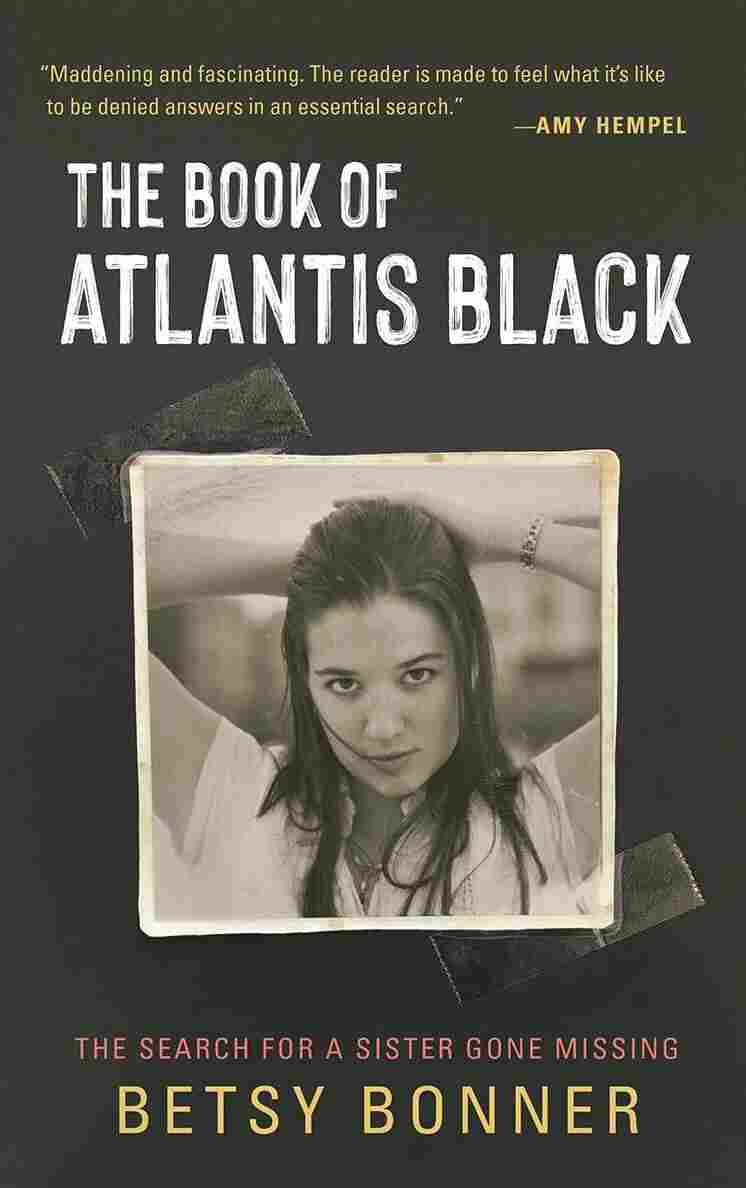 The Book of Atlantis Black: The Search for a Sister Gone Missing, by Betsy Bonner Tin House Books hide caption 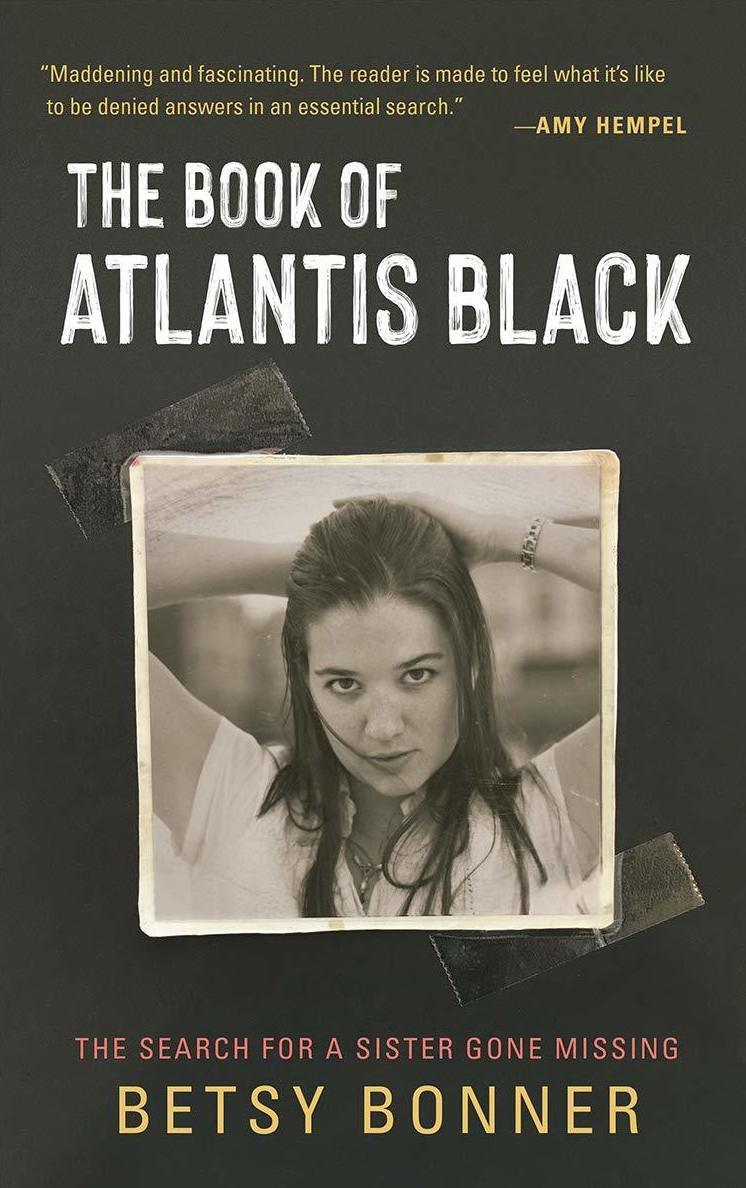 The Book of Atlantis Black: The Search for a Sister Gone Missing, by Betsy Bonner

Betsy Bonner's The Book of Atlantis Black: The Search for a Sister Gone Missing is a haunting, heartbreaking, frustrating read.

A mixture of biography and true crime, this narrative explores the death of Bonner's sister under mysterious circumstances in a hotel in Mexico — and offers more plot twists, shocking revelations and shady characters than most contemporary thrillers.

Betsy and her sister, Nancy, who later changed her name to Atlantis, grew up under the strict tutelage of their conservative Catholic father and suicidal, manic-depressive mother. They were close as kids and remained so through the years despite different educations, relationships and careers that pulled them to various cities and countries. While Betsy gravitated toward teaching and writing, Atlantis became a singer-songwriter who cut an album and was poised to succeed.

But their differences didn't stop there. While Betsy struggled but ultimately managed to find her place in the world, Atlantis' discontent and the trauma of surviving abuse led her to various suicide attempts and a battle with prescription drugs. Eventually, Atlantis would face trouble with the law after the Drug Enforcement Administration arrested her on various drug charges. Things got dark after she was released and found herself broke and desperate. Whatever happened then ended when she was found dead on the floor of a Tijuana, Mexico, hotel room.

Bonner's voice is strong — her pain, research and need for answers the three constants that drive the book. But Atlantis occupies the core of everything. Betsy Bonner is the storyteller, but Atlantis Black is the story, the mystery, the victim, sometimes the perpetrator and always the question. Bonner presents her sister with love, but also with brutal honesty. Atlantis was a bright woman with a talent for making meaningful music who was also a lesbian, a friend to people Bonner didn't know, depressed, hooked on pills and suicidal.

Much like a hidden object game, the case of Atlantis Black reveals more and more details the longer you look at it. Her death was ruled a suicide and the case was closed, but there are many loose ends. For starters, the police reports state that the body found in the hotel doesn't match the person in the ID found with the body. There were also many people in Atlantis' life who had muddy connections with her and dealt with weapons and drugs. And then there is the Atlantis persona, what she posted on social media. For example, the book features many bizarre Facebook posts: "Atlantis is obsessing over the loaded .45 that's under the bed where she sleeps that she just learned how to use yesterday."

Social media and email enrich and complicate the narrative. Atlantis wrote about her fears and plans in emails to multiple people. Bonner knew her password and went through her email after she was found. Unknown individuals, coded messages and even a creepy "final Will and Testament" were found. "Each new message seemed to bring to light another shady person in my sister's life," claims Bonner. What they didn't bring, ever, were answers.

The Book of Atlantis Black is gripping and works on two levels. On the surface, there is the story of two sisters drifting away from each other and then coming back together. It is a story of siblings dealing with an abusive father who dies of cancer and a mother whose struggles with mental illness ended in suicide. Then there are the true crime elements: petty criminals, police reports, strange men who vanished, Atlantis' online life and communications with various men after she posted companionship ads, video surveillance showing a couple whom Atlantis is clearly not half of perpetrating some of the crimes she was charged with, and even the fact that she had dated the DEA agent who arrested her. Taken together, these things offer more questions than answers, and each adds a layer to the mystery of Atlantis' death.

The Book of Atlantis Black addresses abuse and mental illness within the frame of a suicide that could have been an assisted suicide or a murder. It is a book that denies readers the satisfaction of closure, of a final answer and an explanation. Instead, this true crime and memoir hybrid takes us into the heart and mind of Bonner, the one who was left behind, and through her we experience the pain of not knowing — and the frustration of looking for answers even when the person we try to understand was as mysterious as the fabled land of Atlantis.