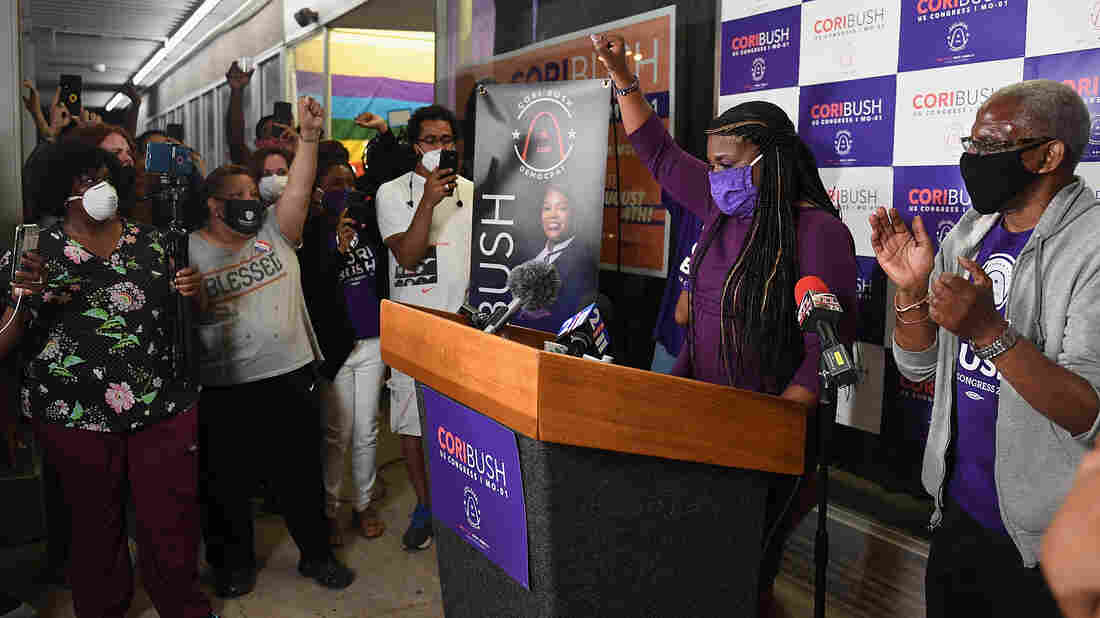 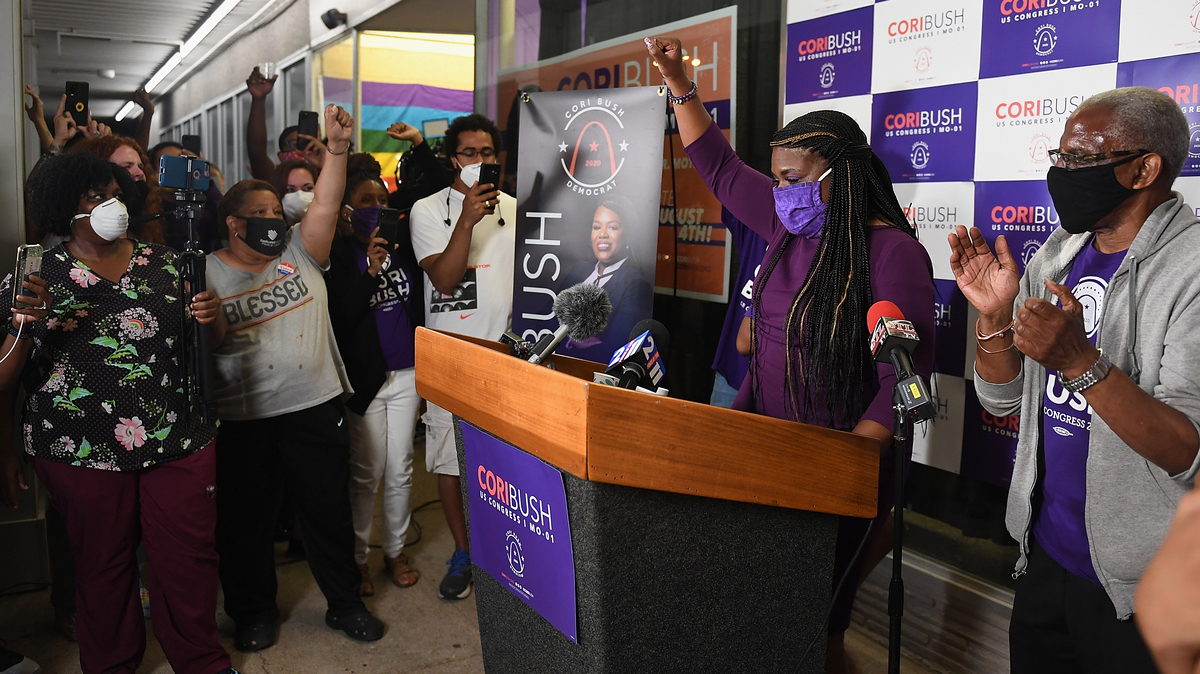 Cori Bush gives her victory speech at her campaign office on Tuesday in St. Louis.

It's the latest example of a progressive challenger topping a long-tenured Democratic incumbent.

"It is historic that this year, of all years, we're sending a Black, working-class single mother, who has been fighting for Black lives since Ferguson, all the way to the halls of Congress," she said in her victory speech.

Clay, who's also Black, has represented the state's 1st Congressional District, around St. Louis, since 2001. He succeeded his father in representing the district.

The younger Clay topped Bush by 20 percentage points in the 2018 primary, but Bush's profile has risen since then, partly because of a documentary that also profiled New York Rep. Alexandria Ocasio-Cortez.

Clay's backers, including fellow members of the Congressional Black Caucus, maintain he's "no moderate Democrat," citing, for instance, his support of "Medicare for All."

"This is a huge upset and another groundbreaking win for our movement against a corporate-backed political dynasty," Alexandra Rojas, executive director of Justice Democrats, said in a statement late Tuesday.

The district is very liberal, so it's likely Bush will win November's general election. In 2018, Clay topped a Republican challenger by 63 percentage points.

If elected, Bush would become the state's first Black woman in Congress, according to St. Louis Public Radio.